FIRING UP SOME OF THE RIG'S SYSTEMS 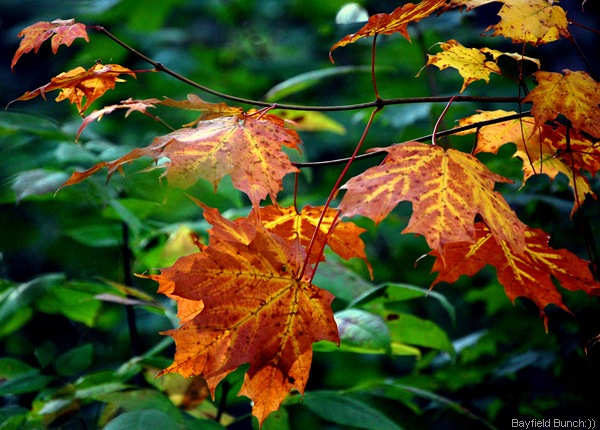 SOME OF OUR LEAVES HAVE BEGUN TO TURN

After a reasonably good night's sleep & this mornings cooler temps I was a veritable ball of fire for most of the day.  Well, part of the day anyway.  Ok, at least until the rains came & dampened my enthusiasm a bit. 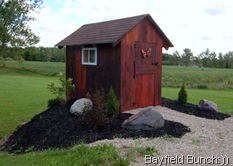 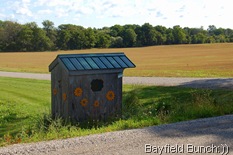 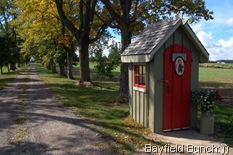 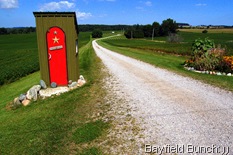 WITH SCHOOL STARTING TUESDAY THESE CHILDREN'S SHELTERS AT THE ENDS OF SOME FARM LANES WILL KEEP THE LITTLE ONE'S OUT OF THE WIND, RAIN, & COMING WINTER SNOWS WHILE WAITING FOR THE  SCHOOL BUS

Test fired the rig's generator, water heater, water pump & blue flame heater & they were all a go.  Took me a few minutes to get over all that as I stood there in a wide eyed stupor wondering why everything had worked.  I'm a little worried now because that just was not  a normal happening!! 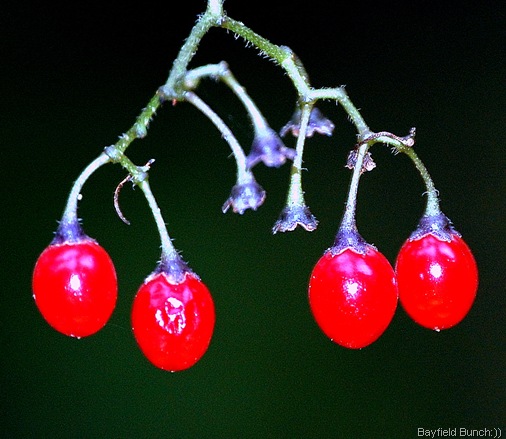 Dear Bayfield Bunch,
We take great pleasure in reading your blog, and enjoy your photographs.  My wife and I live on PEI and are avid boondockers.  I would like to relate a story to you which you and your readers may find of interest.
We decided to go to Europe and boondock in every country we could.  We went to Germany and bought a vehicle and travel trailer, and being of English origin, we thought we would boondock the UK first.  Our intention was to spend 2 years on the road in Europe.  As you may well know, Europe does not have the space that Arizona has, and you have to boondock where and when you can.  Sometimes in life, you get a gift from heaven:  we were waiting to catch the ferry to France when in front of us in the line up was the oldest Motor Home you have every seen, and as we had 7 hours to wait it wasn't long before we were in conversation with the owners.  They were a couple aged 87 and 84 and they were heading to Portugal to boondock for the winter.  They told us they lived in a seniors home and each year they told the staff they were going to visit their son and grandchildren.  They had their   vehicle parked on a side street and disappeared in due course.  Over the next 7 hours they gave us every little tip they had gained over the 32 years they had been boondocking, which bolstered our spirits and gave us confidence.  Their advice to us was to buy 4 traffic cones, pull up somewhere outrageously obvious, cover your number plate, pull up a drain cover, set out the cones as though you were fixing something.  They said you would be surprised how people just ignore you.  They knew every dump station, every free shower, and passed this information on to us.  We thought we would put their advice to the test.  Once we had obtained our cones we tried it in France and wonder of all wonders - it worked.  So then, it came to boondocking somewhere you would always remember.  Somewhere with high security, security guards and cameras.  What more obvious place than the Monte Carlo casino in Monaco!!!  We pulled up to the side of the casino in the centre of Monaco, put up our cones, and stayed two days.
From that point on, we realized what an adventure boondocking really was.
Now we read your blog and you are the couple parked in front of us.
Keep on blogging, keep on boondocking, and don't let age scare you.
Ian & Linda Bloomfield 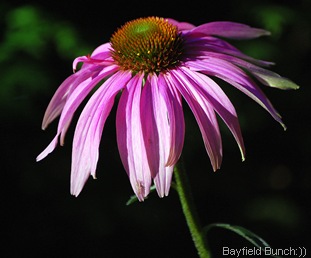 GROANER'S CORNER:((   Ed was in trouble. He forgot his wedding anniversary. His wife was really angry.
She told him "Tomorrow morning, I expect to find a gift in the driveway that goes from 0 to 200 in less then 6 seconds
AND IT HAD BETTER BE THERE!!"
The next morning Ed got up early and left for work. When his wife woke up she looked out the window and sure enough there was a box gift-wrapped in the middle of the driveway.
Confused, the wife put on her robe and ran out to the driveway and brought the box back in the house.
She opened it and found a brand new bathroom scale.
Ed has been missing since Friday!!