THIS NASTY COLD BUG HAS REALLY GOT A HOLD OF ME:(( 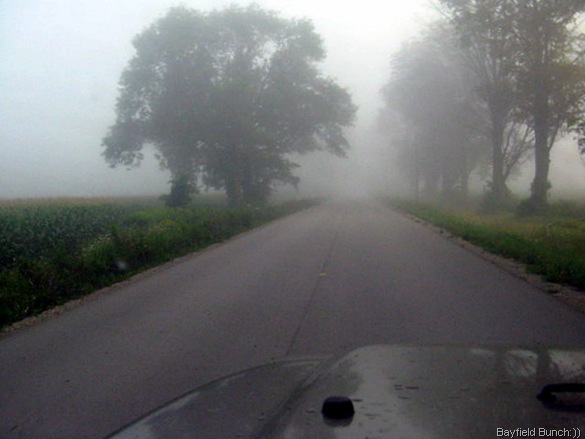 Found some mediocre photos in my Canon Camera I forgot I had so will include them because I just don't have any other pics for tonight's post plus I have to leave in a few minutes on my second mobility van run of the day.  Pics were taken on a slightly foggy morning this past week on my way to Goderich. 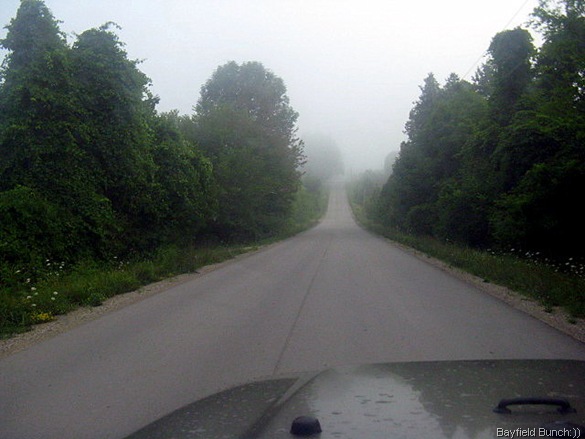 I had really been hoping to start the blog off today by saying I was on the mend & feeling much better since my last post.  Unfortunately that is not the case.  Whatever nasty bug has got a hold of me isn't letting go & I felt worse today than yesterday.  Had a totally sleepless night so all day I have been in a Zombie like state.  Throat is still very sore and there seems to be more congestion in the lungs.  It's a tough little bug that has got a hold of me for sure. 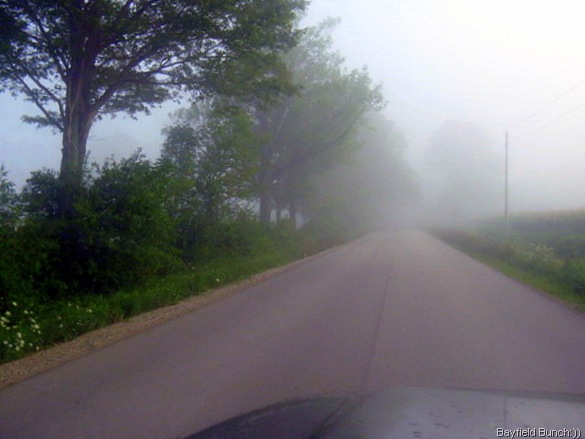 With some of the other driver's off on holidays & a few more off for the weekend I knew there would be no getting a replacement for me today so I went ahead with my 2 mobility van runs.  Luckily I was able to return home between pick-up's & drop offs for some power naps in my recliner.  That was a big help.  I really have my fingers crossed that they can find someone to replace me for Monday but so far it is not looking to encouraging.  Our humidity is just brutal!! 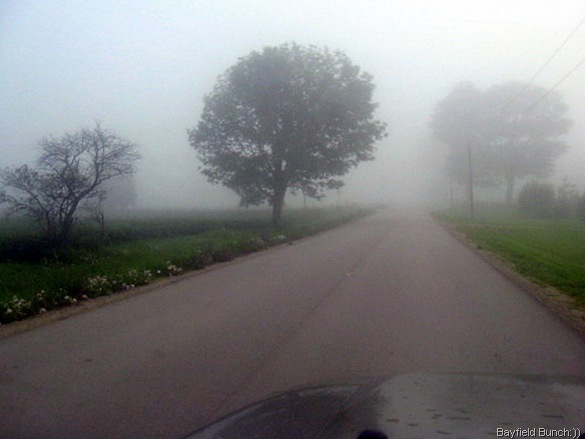 A big thanks to RICK  for suggesting a way to retrieve my lost Follower's List.  I thought all 151 of those people on that list were lost forever.  I followed Rick's simple directions & 'walla' there was my Followers gadget back in place on the right hand side of my blog.  By the way Rick, I lost the small camera case for my Canon point & shoot a few days ago.....any suggestions how I can get that back:))

Have been meaning to thank all the folks who sent in comments & emails regarding our Jeep purchase about a month & a half ago.  I'm sure glad we listened to all you folks & held out for a 6 cylinder motor.  I can tell after having driven the Jeep for about 6 weeks now that it was a right decision.  And I'm glad we decided to put the hard top on instead of the soft top.  Just a whole lot less aggravating for AL. 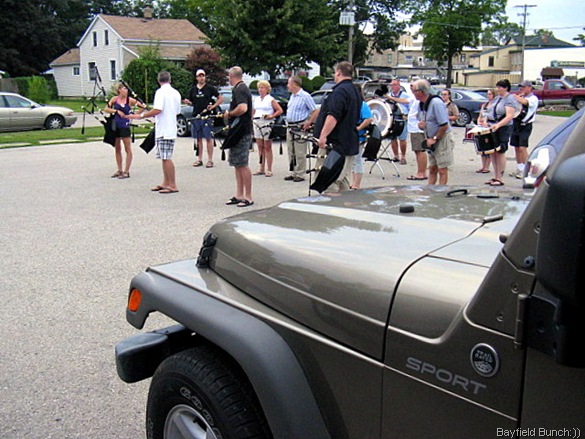 Can't believe how fast this summer as sped by.  Here it is the middle of August already & if everything goes according to plan we'll be on the road again in just a couple short months.  No definite plans on departure dates or routes of travel yet.  We are watching the condition of Kelly's Dad's health very closely right now because that is going to be the deciding factor in our travel plans.  There has been some talk about me & the doggy guys heading straight for the ranch on our own & Kelly flying down later to join us but I'm not too keen on that plan.  That's a little bit like trying to fly a big clumsy plane without a trusty co-pilot.  Oh, I could handle the flying part OK but sure would be in trouble without my trusty navigator, system specialist, computer technician, gas pump referee, food organizer, problem solver, chief mechanic & all round super great traveling companion.  Just wouldn't be the same.  I've always thought traveling was best done with two people. The old saying, 'two heads are better than one' certainly applies to RVing.  There seems to be a lot more decision making while traveling & some of that has to be done very quickly.  It's always best to have that 'second opinion' close by.  Seems the older some of us guys get, the more 'back-up we need!!'  RVing is one of those things that just lends itself perfectly to two people. 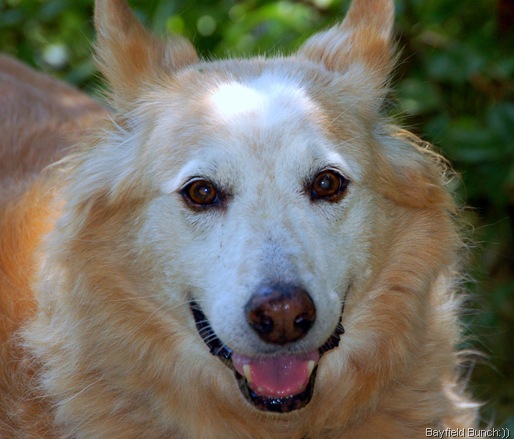 GROANER'S CORNER:((  Middle age is when broadness of the mind and narrowness of the waist change places.

"UNTIL ONE HAS LOVED AN ANIMAL, PART OF THEIR SOUL REMAINS UN-AWAKENED"