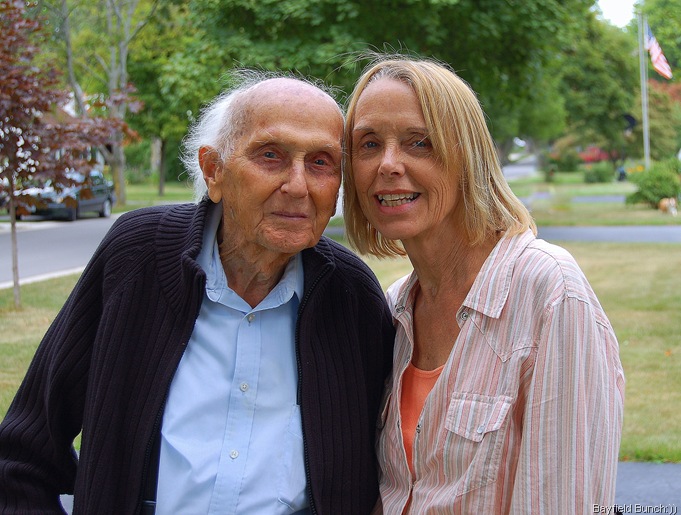 SPENCERPORT NEW YORK......2006
After a long & difficult struggle, Kelly's Dad, Frank Knapp, passed away this morning at the Hildabrandt Hospice House in Rochester, New York at the age of 91.  His loving wife of 66 years, Gene, was at his bedside as was his son Peter.  Frank was a U.S. Marine who fought his way across the beaches of Iwo Jima until being slightly injured there & returned to the States.  He spent all his working years in Spencerport New York as a dedicated U.S. postal worker delivering mail for many, many, years. In his retirement he & Kelly's Mom spent their years RVing & wintering in Florida. 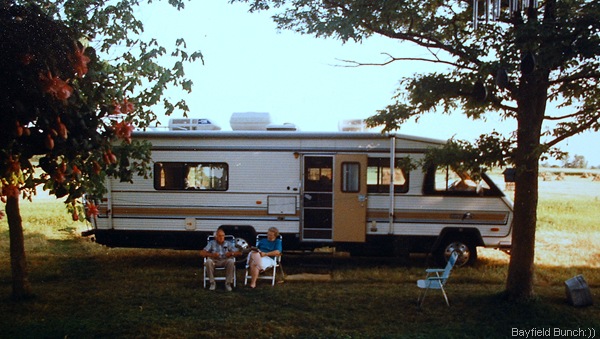 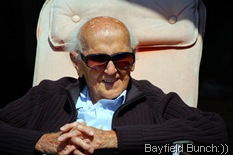 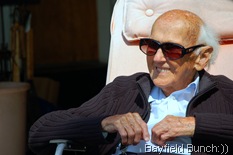 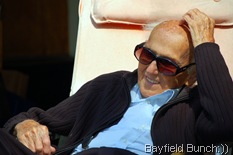 AUGUST IN SPENCERPORT NY.....2006
I remember when we lived in the old farm house near Fullarton years ago & Frank & Gene came over from New York to spend a few days at the farm with us.  When the big Class A pulled into our long driveway I could hardly see Frank behind the steering wheel.  He was not a big man & I remember thinking, how could such a slim little guy handle such a big dinosaur of a vehicle.  But handle it he did & for many winters they would be on the road with the big Motor Home heading for their spot in Clearwater, Florida.  Despite having their toad come off the hitch one time on the Interstate & ice sliding off the Motor Home roof & smashing their Honda's windshield, nothing ever deterred Frank.  Even when he was sooooo sick the last few years, he would still pull himself up on his riding lawn mower determined to cut his own lawn.  He would take his walker & a hoe back to the garden to get rid of pesky weeds.  Sometimes he would collapse & lay on the lawn until he had enough strength back to get himself on his feet again & continue to chase after those pesky weeds.  Frank was one of those non stop hard working guys who preferred to do things himself....his way. FRANK TENDING TO HIS BELOVED GARDEN 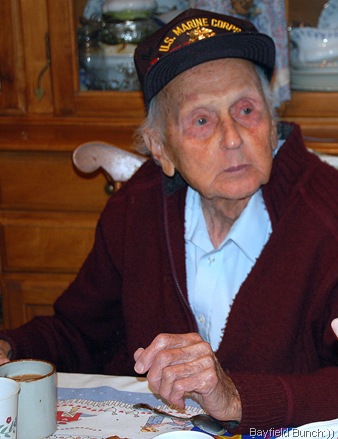 <<< A TRUE MARINE TO THE END
The last time I saw Frank was 3 years ago at Kelly's surprise Birthday Party at Deer Park Lodge here in Bayfield.  At the end of the surprise week-end which began on a Friday night we all met for breakfast at a country restaurant nearby on Sunday morning.   I remember as everyone was leaving, shaking Frank's hand that morning wondering if I would ever see him again.  I didn't. 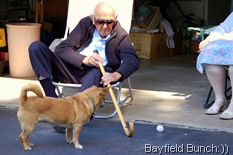 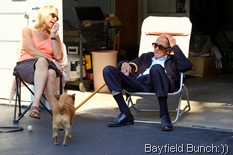 WE CALLED HIM, 'MR. COOL' THIS DAY:))
Kelly is so thankful she made the decision to drive over to Spencerport last Sunday morning.  She got to spend 5 full days with her Dad helping in all aspects of his care.  They had some serious moments together & they had some laughs.  Frank never lost his sense of humor, even in the final days. 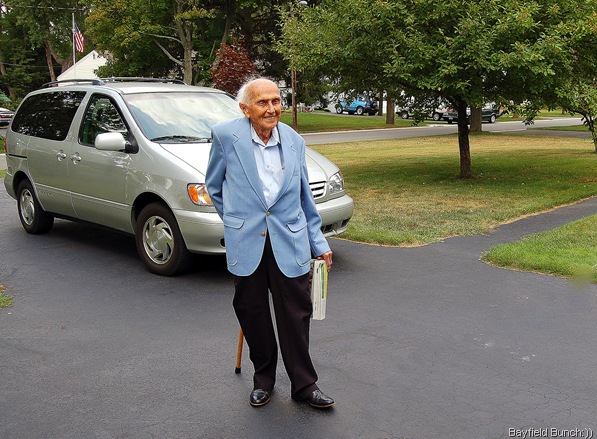 FRANK STRIKES A DAPPER POSE IN HIS DRIVEWAY
Funeral arrangements are not yet complete but Kelly will be heading back to Spencerport first thing Tuesday morning.  It is a comforting feeling for everyone to know that Frank's long period of pain & suffering has finally come to a peaceful end & knowing Frank, he's probably already in the process of figuring out how he can get back home & get after those pesky weeds in his garden..............10-4 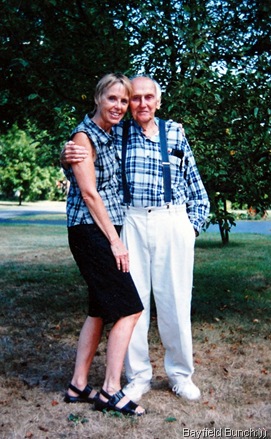 OUR BLOGGER WEBSITE http://thebayfieldbunch.com/
OUR PHOTO ALBUMS http://picasaweb.google.com/stargeezerguy/
AL'S SMUG MUG PHOTO GALLERY http://stargeezer.smugmug.com/ (a work in progress)
The only thing better than right now will someday be the memories of right now...... AL.
Posted by Al Bossence at 8/29/2010