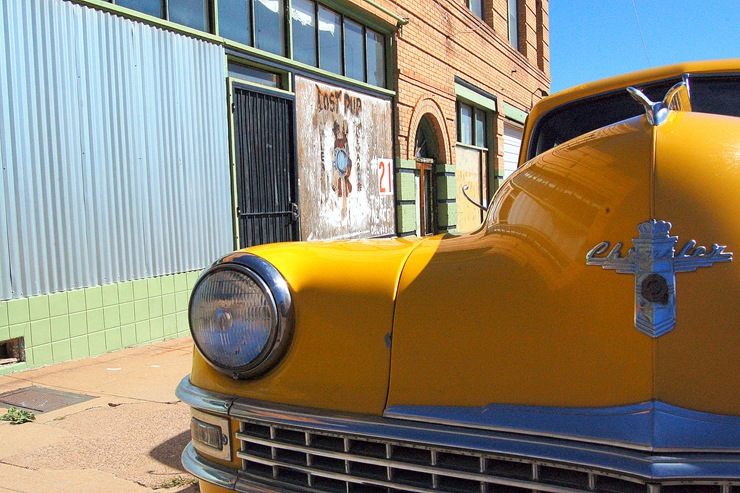 Sometimes I just don't pay enough attention to my own photos.  In recent posts I have been calling that old yellow car on Erie Street in Bisbee, a Chevy.  A few minutes ago while looking for some photos for to-night's blog & happened to click on a close up of the that car's hood ornament.  It clearly says......Chrysler!!  I remember taking that photo a few days ago & I was concentrating on the composition & failed to read the word Chrysler.  Probably remembered seeing the 'Ch' & my mind processed that into.....Chevy.   Just goes to show how fallible the brain can be in it's observations & memories.  Another mistake I have been making is in calling a group of mountains northwest of here, The Gleeson Mountains.  The town of Gleeson is over there but there are no Gleeson Mountains.  Jean from Gleeson set me straight on that to-day at the photo group & it is actually the south end of the Dragoon mountains I have been mistakenly calling the Gleeson Mountain.  Anybody remember, Wolverton Mountain?? 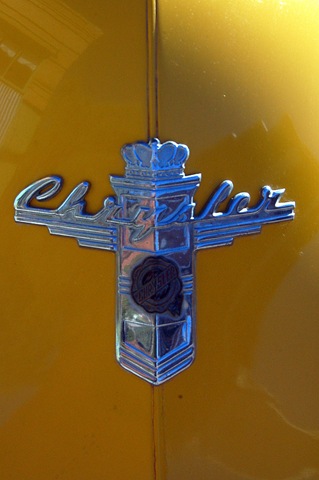 It was Kelly's exercise class this morning & my photography group this afternoon so we are pretty well ensconced in some of the local community's activities for the next little while.  Only 4 people with photography interests to-day but we managed to keep ourselves sometimes focused on various photography subjects.  Haven't taken any photos for a couple days so will feature more Bisbee photos to-night from a few days ago.

And about that Abyssinian Ass Scratcher bird in yesterday's blog.  It was just a story I made up folks....no such bird, well none that I know of that can read a newspaper anyway.  It helps to have a good imagination & sense of humor if your going to be a blogger ya know:))  And about milking those chickens........well, not everything is a story!!  Oh, & about that joke I told the donkeys regarding the preacher.......it was not XX rated despite the big jackass laugh I got:)) 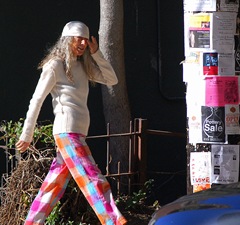 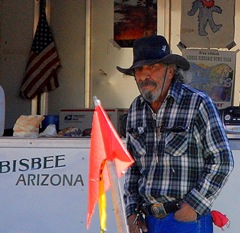 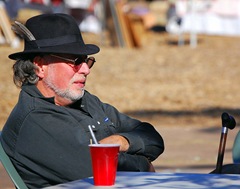 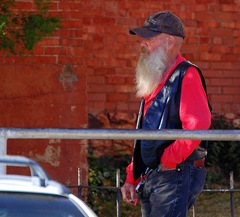 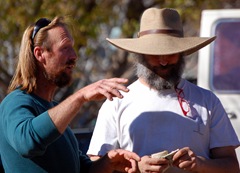 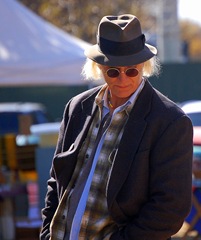 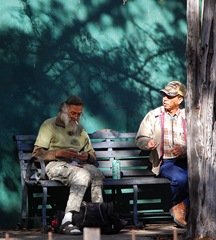 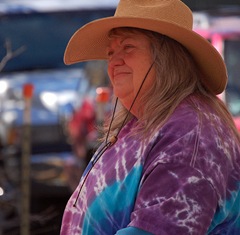 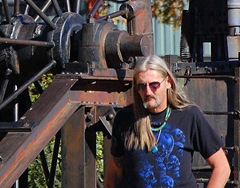 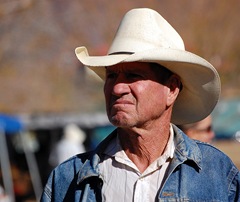 A FEW OF BISBEE’S CHARACTERS

Had a chicken egg temporarily disappear on me yesterday.  The ladies laid a total of 4 eggs & that is what I gathered up & carefully placed on the ground outside the pen while closing the chicken pen door.   Turning around seconds later to pick up the 4 eggs I saw only 3.  I was positive I had just set down 4 eggs, but also knowing my mind it could have been 3 or 1 or??  Didn't quite seem right though & I pondered that thought a few more seconds before noticing ranch dog Pearce laying in the grass about 5 feet to my left......with a nice new shiny oval shaped chicken egg between his paws.  He must have been standing right behind me when I put the eggs down & just up & snitched one.  Despite Pearce's sharp teeth the egg was totally intact & not damaged in any way.  He's a good boy:)) 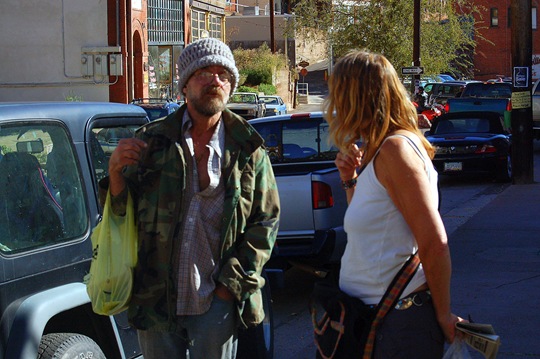 CHATTING IT UP WITH THE LOCALS

One year ago to-day we were in Oliver Lee State Park just south of Alamogordo, New Mexico with a stuck down rear jack on the motorhome.  Ended up having to dig a hole in the ground with a hammer & you can read about that ordeal here....OLIVER LEE  http://thebayfieldbunch.com/2008/11/busy-problem-solving-day.html 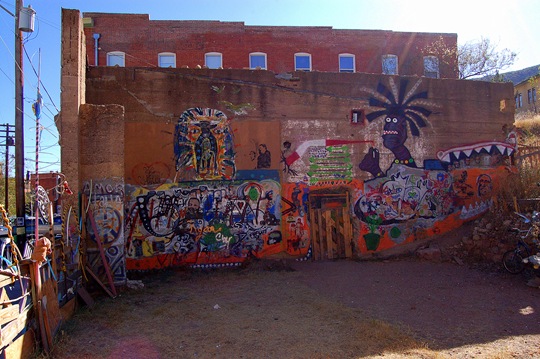 The Moon & planet Jupiter were fairly close to-night so I managed to catch them both to-gether although it was a bit of a stretch & you will have to strain a tad to see Jupiter in the bottom of the photo.  Appears as a pin prick of light.  Did you know Jupiter has 63 known moons but only Lo, Europa, Gannymede, & Callisto are visible.  Lo & Europa are about the size of our moon with Callisto & Gannymede about half that size. 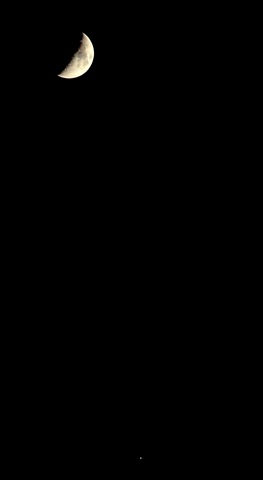 Kelly also took a picture of me & my little Astronomy  assistant, Motormouse, or as I have been affectionately calling her for the past 3 or 4 months, 'Beans' because every morning when she wakes up she's into the toy box & racing around the place like she's full of beans.  Mexican jumping beans that is:)) 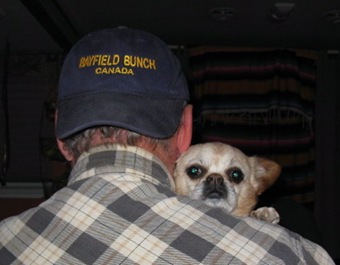 GROANER'S CORNER:((  A panda walks into a bar, sits down and orders a meal. He eats his meal, gets up, pulls out a gun and fires one shot into the ceiling, then turns to leave. The bartender asks where he's going.  The panda replies, "I'm a panda, look it up," then leaves.  The bartender goes down to the library, opens up the Encyclopedia Britannica to "panda" and reads: ... eats shoots and leaves.