A QUIET SNOOZY KIND OF SUNDAY SAY, DID YOU GUYS HEAR THE ONE ABOUT TWO DONKEYS & A PREACHER It's been a very quiet Sunday around the old Ranch-erroo to-day & we didn't end up going anywhere.  I never did go back to bed this morning since getting up at 3:15 to re-write the blog but I did however doze off in my chair this morning around 10 with a half full cup of hot coffee sitting on my lap.  No spills & it was still there waiting for me about 20 minutes later when I emerged from my dozy coma. 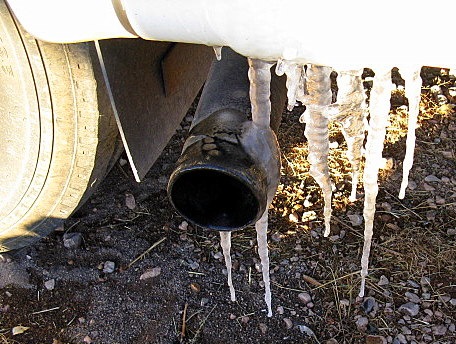 HAVE I MENTIONED THE COLD ARIZONA NIGHTS YET!!

Our temps dropped to 24F overnight according to our outside digital thermometer so I stayed inside until about 8 before heading out.  Although the sun was up it was still cold & I still had to wear gloves while milking all 8 of the chickens.  I don't like that & the chickens don't either.  It's just too hard to get a feel for things when you have to wear gloves for that sort of thing.

Being it's the week-end we always notice increased traffic on the dusty road out front because of people driving down to the White Water Draw to view the Sand Hill Cranes.  Sometimes the cars come in convoys & stop outside the gate while people pour out onto the road with binoculars & cameras.  I remember this from last March as well & could never figure out what the people were looking at across the fields.  I would train my binoculars in that direction as well & see absolutely nothing.  Wasn't until I got talking to one of the birders one morning that I learned they were all out in search of the rare Abyssinian Ass Scratcher bird that has been known to frequent these parts.  I told him we had a couple Ass Scratchers in the motorhome who could do tricks & read the morning newspaper.  Of course he didn't believe me but when I told him they could even speak Chinese while standing on their heads he hurried back to his car & headed off down the road in a big dusty cloud of heifer dust. 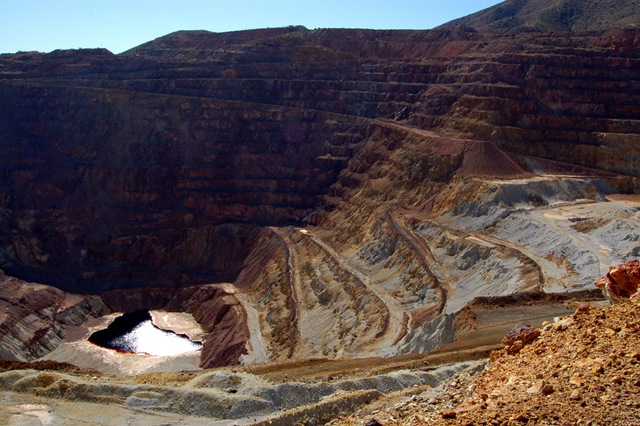 And here is how I carelessly lost my blog post last night.  I am still in the old habit of writing the blog in email form with Outlook Express.  I like the spellchecker & it's an old reliable format for me.  I then copy & paste it into Live Writer, add the links & photos & that's it.  While writing the blog in Outlook I am in the habit of hitting 'File' & 'Save' every few paragraphs but for some unknown reason I failed to do that last night.  I copied the blog & pasted it into Live Writer & then immediately headed off to select the first photo.   When I clicked on the photo the computer totally seized up.  Even Control-Alternate-Delete wouldn't move it.  No problem I thought because of my habit of saving the the Outlook to draft plus I was sure Live Writer would have saved the blog to draft as well when I pasted it in there.  So, I hit the kill switch on the computer shutting it down.  Re-started & went to retrieve the post from Outlook.  Well, that's when I discovered it wasn't there because I had failed to save it.  Ok, no problem because Live Writer will have saved it.  Wrong again!!  Live Writer did not save it because I don't think it had time to save it.  From the time I pasted it in & clicked on the first picture might have been less than 10 seconds.  Not enough time for LW to gather it all up & save it I guess.  So, what is the lesson here??  Answer:  Type the whole blog in Live Writer in the first place where it is automatically saved every 20 seconds or so.  Ok, so that should be easy enough & sounds like a very logical decision.  So, what am I typing this post in right now...........Outlook Express of course!!  And like I've said before, "I'm not known for my smarts ya know."  Sometimes old habits for older folks is hard to break.......10-4:)) 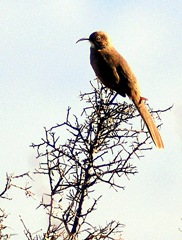 We had a bit of a tussle with Verizon this morning.  Six months ago they lowered their penalty for going beyond the 5 Gig limit to .5 cents a megabyte from .25 cents a megabyte.  Of course when we re-newed our seasonal contract a month ago it was at the old penalty rate.  Kelly made two separate phone calls to make sure our account was changed to the new limit.  "No problem" they said & would make the change to our account.  Some of you may remember we were over our limit last week so to-day we received a Verizon email bill stating we owed over $74 in a penalty fee.  That of course was based on the old .25 cent penalty rate.  Didn't take Kelly long to get on the phone & get some ears ringing at Verizon.  They finally reduced the bill to $14 based on the .5 cent penalty rate.  They tried to give her some lame duck excuse about not being able to go into our account & make the necessary changes.  BS!!!!  They can go into the account & make other changes any time they like so it was just another case of a large company taking advantage of the consumer once again.  As I have mentioned many times before, I have absolutely no trust whatsoever anymore in large companies whether they be cable TV, telephone companies, credit card companies, TV evangelists or religious scams, insurance & electric companies, or whatever.  They are all cut from the same cloth nowadays & their bottom line is out & out greed.  They will do anything possible to deceive their customers (or flocks) one way or another.  The fat cats at the top want their BMW's, 5 car garages, mansions in Hawaii & California & they are going to see to it that we the public give them that lifestyle.....one way or another!!!! 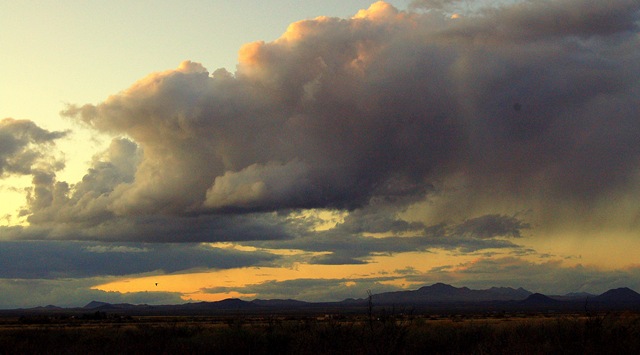 Forgot to mention in yesterday's Bisbee blog that there are various tours in Bisbee for folks who don't want to drive their cars up into the narrow streets or cannot climb the steep roads & steps.  Check out this website for some of the various types of tours.  BISBEE TOURS.   We did the Queen Mine tour last spring & would recommend that one.  You can see our Queen Mine tour here....QUEEN MINE TOUR .   By taking the walking tour or one of the Lavender jeep tours I'm sure you will find out more about Bisbee than we have so far.  In fact I think we better hustle our butts back to Bisbee soon & get signed up for some of those very tours ourselves.  On the Lavender Jeep tour site you can read about the history of those narrow alleyway roads I was talking about in yesterday's blog.  Check out the short HISTORY OF THE STREETS here.  And one last amendment to yesterday’s post......Kelly wants it known that her Santa Fe Shrimp was in fact a Santa Fe Shrimp SALAD!!!! Remember to use the 'Search' bar in the right hand column of our blog to find things I have blogged about.  I just went there & typed in 'Queen Mine Tour Bisbee' & the search engine brought that blog up right away & I was able to include the link here in this post to-day.  I recommend all bloggers use that feature for finding things long buried in their archives.  It was RICK who first brought this 'Search' feature to my attention about a month ago or so. Check out RAY'S QCC BLOG  if you want to know how to get rid of facial wrinkles or his thoughts about re-touching & altering photos with photo editing programs.  To do or not to do.  Should it be done or should we just go with 'what you see is what you get!!'  I happen to agree with Ray & will write my own take on it shortly.  As far as getting rid of facial wrinkles through re-touching.........aw what the heck.  I are what I are matey.  Aaarrrggghhhhhhhhh!!

GROANER'S CORNER:((  This guy goes into his dentist's office, because something is wrong with his mouth. After a brief examination, the dentist exclaims, "Holy Smoke! That plate I installed in your mouth about six months ago has nearly completely corroded! What on earth have you been eating?"  "Well... the only thing I can think of is this... my wife made me some asparagus about four months ago with this stuff on it... Hollandaise sauce she called it... and doctor, I'm talking DELICIOUS! I've never tasted anything like it, and ever since then I've been putting it on everything... meat, fish, toast, vegetables... you name it!"  "That's probably it," replied the dentist "Hollandaise sauce is made with lemon juice, which is acidic and highly corrosive. It seems as though I'll have to install a new plate, but made out of chrome this time."  "Why chrome?" the man asked.  "Well, everyone knows that there's no plate like chrome for the Hollandaise!"

SMUG MUG I am currently working at finally updating this site