OUR FIRST HIKE INTO THE CHIRICAHUA MOUNTAINS 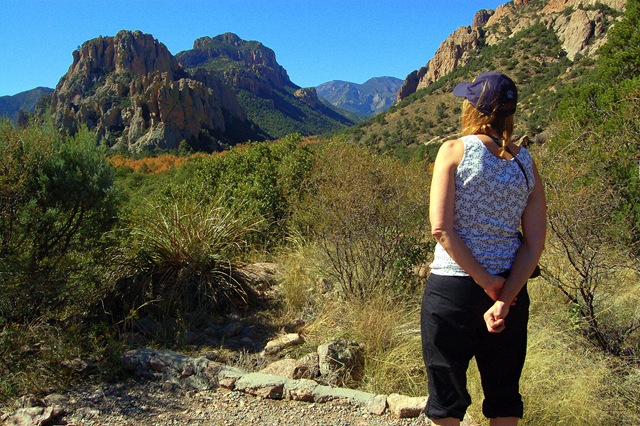 THE VIEW FROM CATHEDRAL VISTA

It felt so great to step out of the motorhome this morning into the predawn dusk & wait for the sun to rise over the Peloncilla mountains.  Hadn't been outside for a sunrise since leaving the ranch last March.  Not a sound in the campground except for a few birds shaking off the sandman.  Always felt this was the finest part of any day to be outside & enjoy the wonders around us.  A quiet time.  A time for reflection.  A time for appreciation. 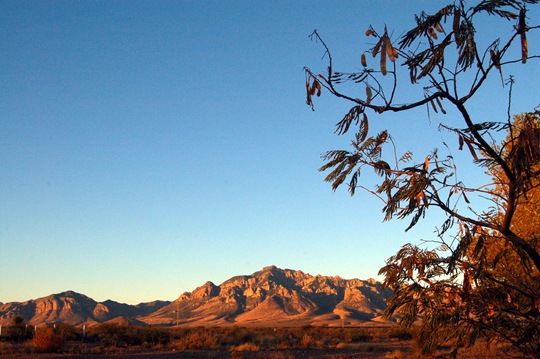 Took us awhile to get ourselves motivated this morning but we finally got it to-gether * headed out in the car around 8:45.  First stop was the just newly opened Chiricahua Desert Museum a few miles south of Rustys.  Met co-owner Sheri just as she was hanging out the open sign.  With husband Bob they opened the Desert Museum just four short months ago.  Everything is new & they have put themselves to-gether a fine facility.  Be sure to see my photos of their efforts.  A large reptile & amphibian room is nearing completion & Bob (Herpetologist) will be bringing the creatures back from Texas in couple weeks.  If your in the area be sure to drop in to their nature store & check out the hiking gear, nature books, gifts, paintings, sculptures, southwest jewelry, etc plus amphibian reptile room.  They also do silk screen hats & T-shirts on site.  And if all that isn't enough, Sheri & Bob have future plans for a large water garden to the south of the building.  ECO WEAR & PUBLISHING 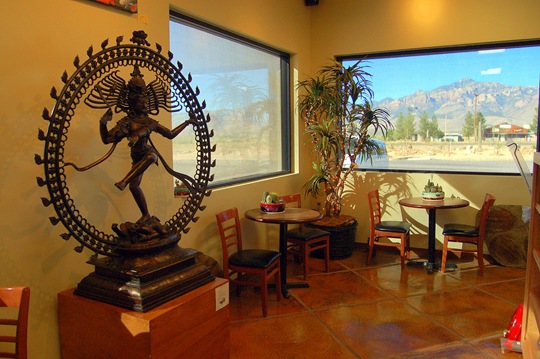 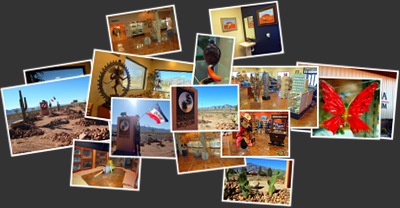 From the Desert Museum we drove the short 4 miles to Rodeo where breakfast had been recommended.  Stopped into the Rodeo Cafe for a good old feed of bacon & eggs.  My favorite but rarely have anymore because of the ridiculous prices most places charge these days.  But, at $5.99 we thought that was a bargoon & we both had B & E's & coffee.  And, it was a great breakfast to boot. 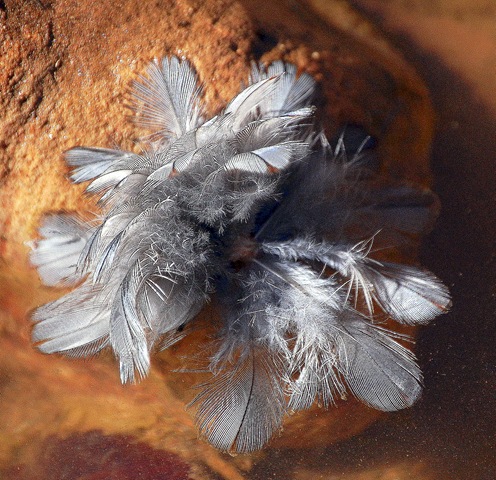 PHOTO ABOVE IS FROM RUSTY’S WATER GARDEN.  APPEARS TO BE SOME FEATHERS CAUGHT ON A ROCK IN THE LITTLE STREAM

RUSTY'S RV RANCH << (click for Rusty’s website)  Having connection problems so will have to try & add Rusty’s photo album either later to-day or try again to-morrow.  I don’t think it was Live Writer causing the problems last night.  Just think it was sporadic dis-connects to the internet interupting the upload process. 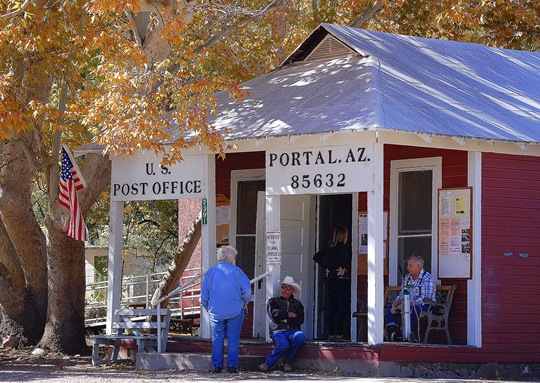 From Portal we drove into the Cave Creek Canyon area.  Caught a lucky break when I pulled over to take a picture of the canyon & Kelly spotted a Roadrunner in a tree right beside the car.  Finally, after 3 years I was able to grab a few pics of a real Roadrunner.  We then headed for a short hiking trail called Vista Point.  Figured we had better start out with a few easy short hikes to get our legs back into shape again.  What a great feeling it was to be out walking on a new rocky trail again surrounded by beautiful trees, mountains, & rich deep blue skies.  First trail we've been on since leaving the southwest back in the spring.  No wonder our legs felt like rubber when we got home later. 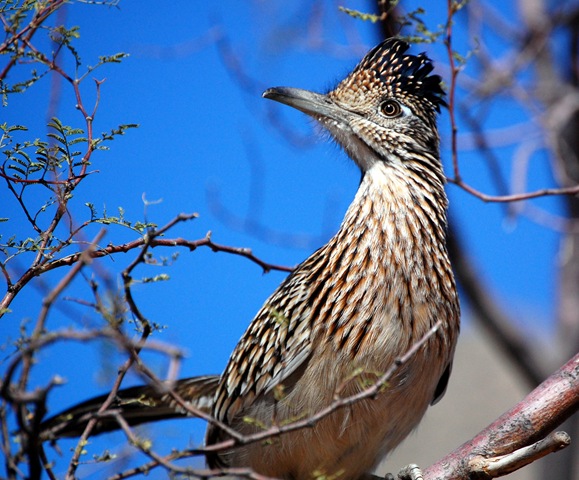 Drove into the Sunny Flats campground again & it looked just as beautifully peaceful as it did 6 months ago when we first came across it on a day trip over the mountains.  No hook-ups here & no cell phone or internet signal.  It's a small campground with only the wind & the birds in your ears.  Took a few photos & talked to another RV couple camping there in their motorhome.  Really friendly folks who invited us in for a tour of their Georgy Boy Class A coach.  Really nice rig.....really nice people. 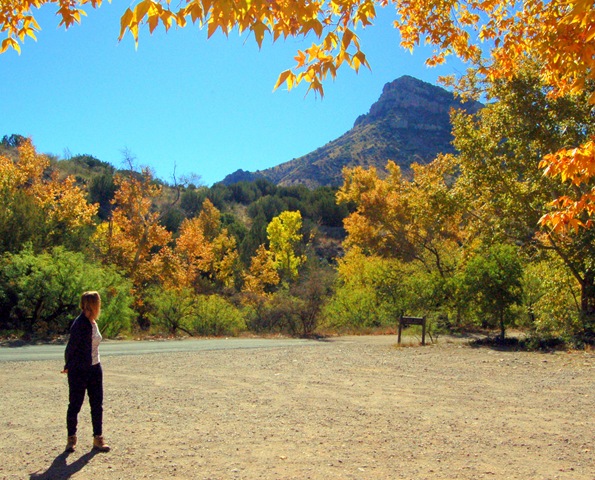 It was only 12:30 but we were already so tired we decided to head back to the rig.  We just haven't been able to tap into our energy resources since arriving from the north & we spent the rest of the afternoon relaxing & dragging ourselves around between short snoozes & dozes.  I think if I could sleep totally uninterrupted for about 3 days I might be OK. 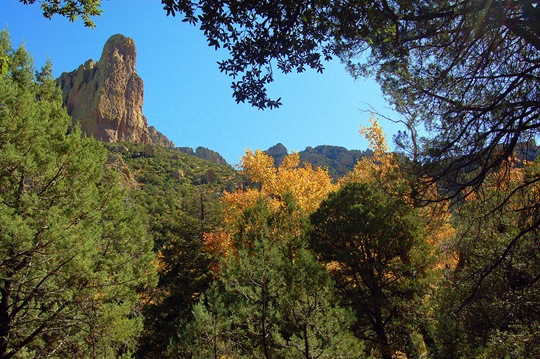 We had fans going inside as the sun really heated things up to-day.  In fact we never spent any time in our lawn chairs at all.  Almost missed the moonrise in late afternoon but did spend some time outside as things nicely cooled down.  I will go outside later to-night & just sit quietly under the big desert moon listening to the distant coyotes. 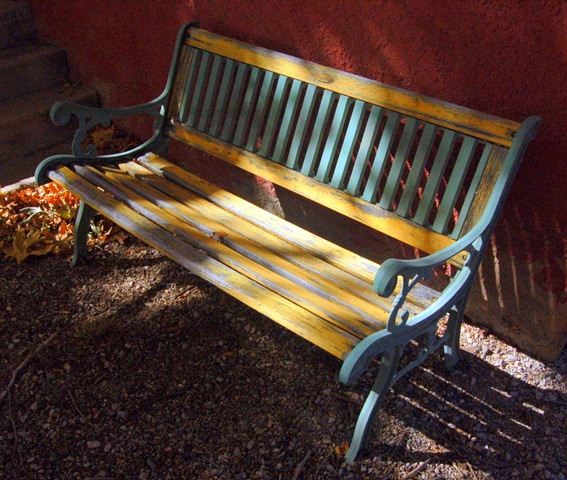 A QUIET BENCH OUTSIDE THE PORTAL LIBRARY

We will stay one additional night here at Rusty's & then head out Wednesday morning for the short drive to the ranch just over on the other side of the Chiricahuas to the south. We're looking forward to hopefully getting ourselves caught up with our time zone dilemma as we begin phase two our trip this year......our life on the ranch:)) 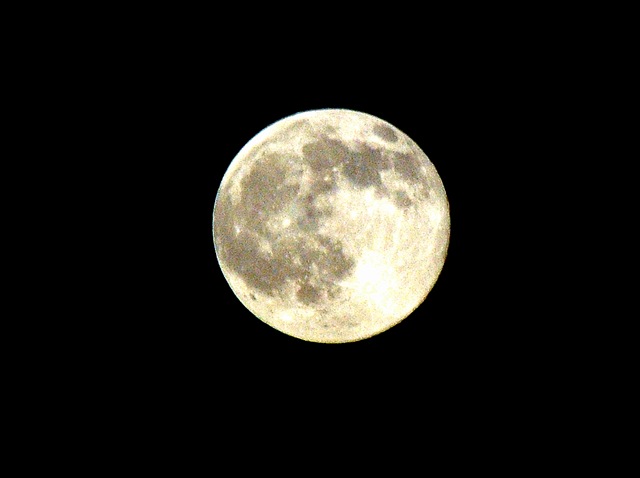 GROANER'S CORNER:))  Mark, our five-year-old grandson, couldn't wait to tell his grandfather about the film we had watched on television, "20,000 Leagues Under the Sea." The scenes with the submarine and the giant octopus had kept him wide-eyed. In the middle of the telling, my husband interrupted Mark,  'What caused the submarine to sink?'   With a look of incredulity Mark replied, 'Grandpa, it was the 20,000 leaks!'