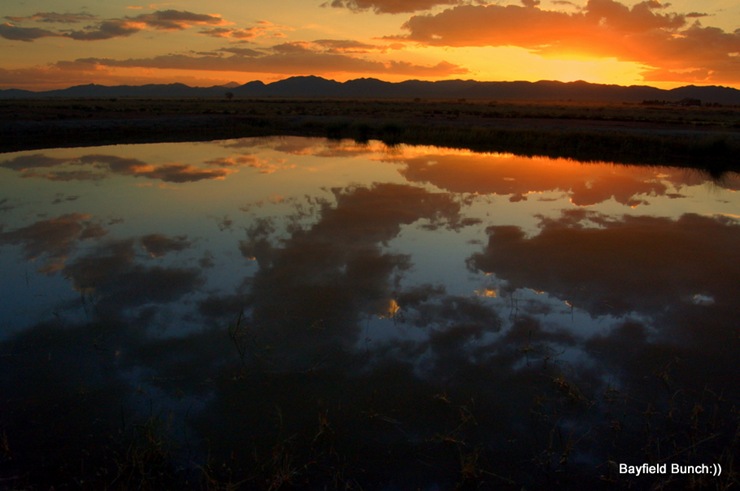 REFLECTIONS IN THE RANCH POND

We are under stormy skies with heavy wind gusts.  A few spatters of rain a couple hours ago & that was about it.  Cold front bringing in rain & snow to the higher elevations over the next few days.  Might see some snow on the Swiss Helm mountains east of us. 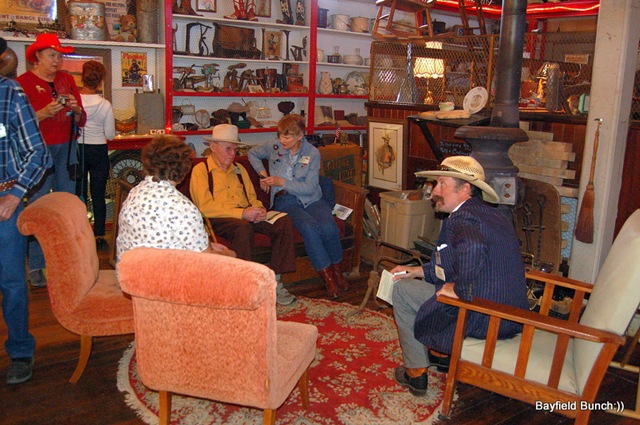 Jeanie & Ray, the ranch owners made it home to-day after their 3 week cruise to Hawaii.  Had themselves a good time but they were looking pretty tired with lots of un-packing to do.  We didn't tie them up with a bunch of questions like, how big was the ship, was Hawaii green, did you swim in the ocean & if so was the water really wet!! 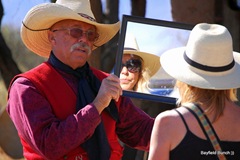 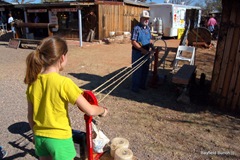 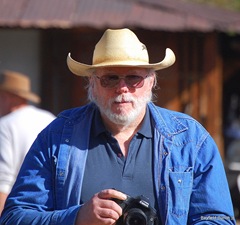 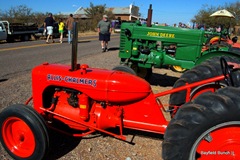 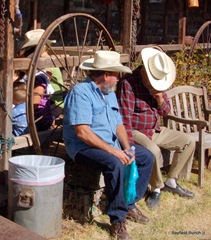 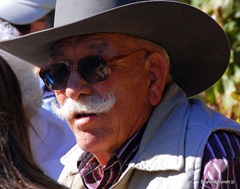 I sorted out all my Pearce Heritage Days photos to-day, assembled them into an album & am uploading that album right now as I'm typing this.  You can see those captioned pictures by clicking OLD PEARCE HERITAGE DAYS You can also see our previous visit to Pearce LAST MARCH.  If anyone reading this happens to live in this area maybe you could pass on the albums address to anyone living near here.  I'm sure some of the folks would get a kick out of maybe seeing some of their friends.  I did catch a few colorful characters' with my 200mm lens:)) 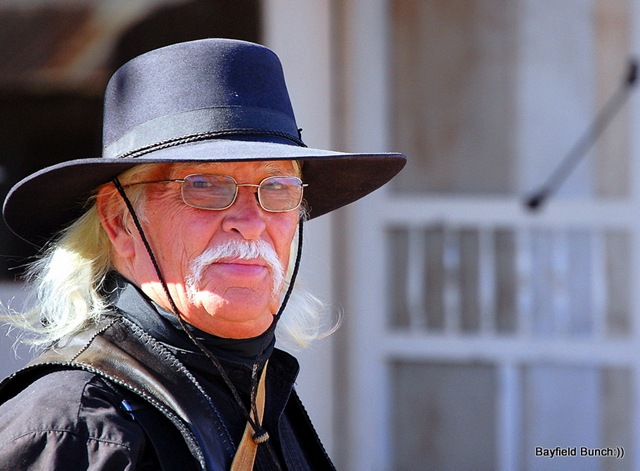 This is a brief history of Pearce:  The discovery of gold in the 1880's set off gold rush fever & resulted in prospector's flooding into the area from neighboring mining towns like Tombstone & Bisbee.  The frenzy was so great that it nearly emptied Tombstone of it's residence.  People dismantled their homes & business's & hauled them over the Dragoon Mountains by wagonloads to Pearce.  By 1896 100 homes had been built with 2 or 3 being added each week.  A stage & mail route was established to Tombstone & soon Pearce had 4 grocery & merchandise stores, many eating places including 2 Chinese restaurants, a butcher shop, 4 boarding houses, a blacksmith shop, livery stables as well as brothels & saloons.  A Doctor's office opened & by 1896 Pearce had it's own Post Office & jail.  A school opened in 1897 & was also used as a Church.  The population soon blossomed to 1500 residents with a large dance hall, movie theater, & a golf course.   Mining & Milling Companies had moved in establishing mines & by 1903 a rail line was in operation bring supplies & hauling out the ore.   The mine flourished until 1904 when flooding limited underground mining.  A fire at the mine in 1910 added further stress to the declining market but the town struggled on into the 1930's.  The mine finally closed & the railway was terminated.  People demolished their homes to avoid paying property taxes & by 1935 less than 50 people lived in Pearce.  To-day Pearce is a ghost town.  The mine is silent, streets are deserted, & only a few buildings remain including the old Pearce Store built in 1896.  Once a year the town comes to life for 2 days following the Thanksgiving week-end. 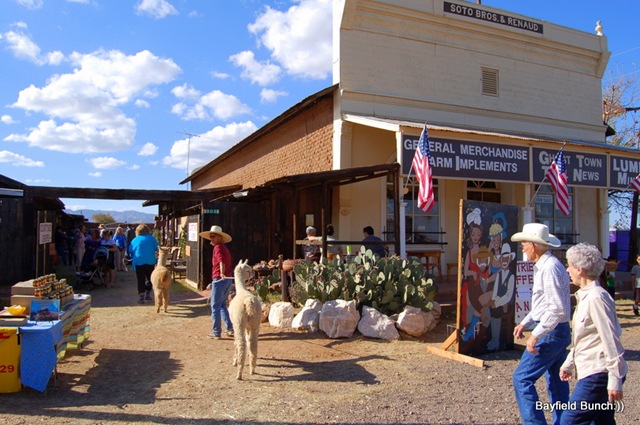 TAKING THE ALPACAS FOR A WALK 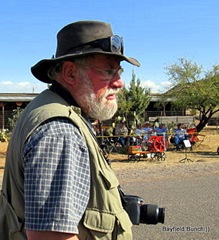 Kelly & I consider ourselves very fortunate to have been a part of Pearce's Old Heritage Days for a few hours on Friday November 27th & I hope my photos somehow find their way onto area computers & into the hearts of the local folks in the area.   Thanks for the photo opportunities folks:))

To-morrow we are off to see a lady who lives just 6 miles from the Mexican border in a 14 sided house called a Polygon.  That should make for some interesting photos.

Monday or Tuesday I'll post photos & some history of the ghost town we drove through Friday.........Courtland. 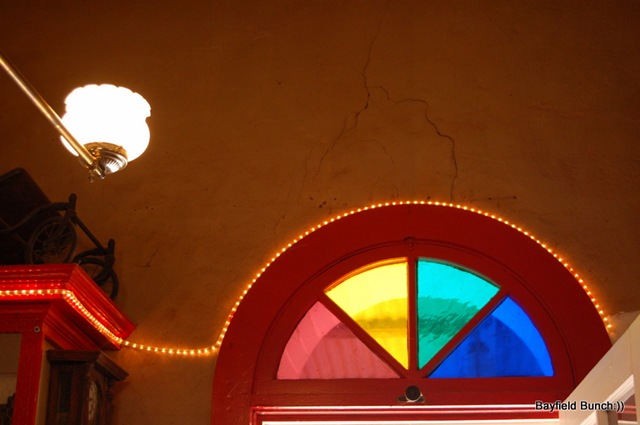 We received a couple of electronic internet cards from some Arizona friends lately but we haven't been able to open the cards yet because of our  Verizon megabytes problem so to Jerry & Suzy & Paws & Hooves we'll say thanks in advance until we can get over to the Elfrida Library to open them.  Thanks guys:))

GROANER'S CORNER:((   I went to a seafood disco last week...and pulled a mussel.