FOR 30 YEARS NOW OCTOBER 19TH ALWAYS MARKS A SPECIAL DAY IN MY LIFE:)) 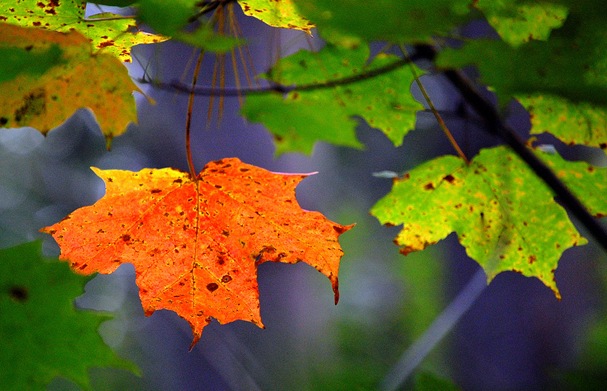 Thirty years ago on October 19th, 1979 my life made a total 180 degree turn.  My world was rapidly moving head long into it's darkest hours & in one day it completely turned around & headed towards the light of a new & hopeful future.  It marked the end of an old troublesome lifestyle & the beginning of a new & exciting one.  I won't get into what led me to that day because it's a long story & I won't get into my recovery after that day because it is an even longer story.  What I will briefly mention is how in one single day I started out in darkness & ended my day with a ray of sunshine. 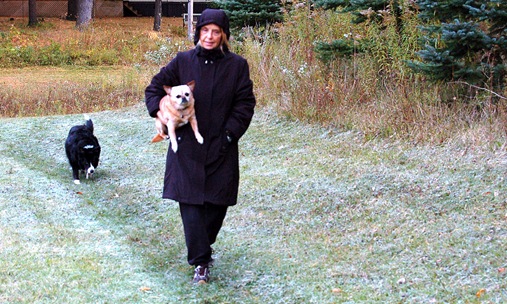 WE HAD A FROSTY START TO OUR MORNING WALK & THE LITTLE MOTORMOUSE DOESN'T LIKE COLD PAWS!!!!

At my place of employment in those days I had a supervisor who was well aware of my drinking problem.  He once told me that if I ever decided to quit drinking he knew of some people who could help me.  On the morning of Oct 19th after a particularly heavy duty drinking week-end, which in turn led to a second drunk driving conviction, I humbly walked into his office in utter defeat & dejection, plunked myself down in a chair & said something to the affect, "Richard,  I can't live like this anymore & I've got to quit drinking........can you help me.  That statement set off a chain of events that day with Richard getting on the phone & making some calls.  He later came to my work station & quietly informed me that someone would be coming to my house that night about 7:30 to take me to an AA meeting.  Oh boy, if I thought I was scared before......now I was really scared.  I had heard a bit about AA but it wasn't something discussed with the boys over a table full of beer at the local pub.  And besides, AA was just a bunch of old wino type drunks with shabby clothes, smelling bad, & ropes in their belts to keep their pants up, right?? 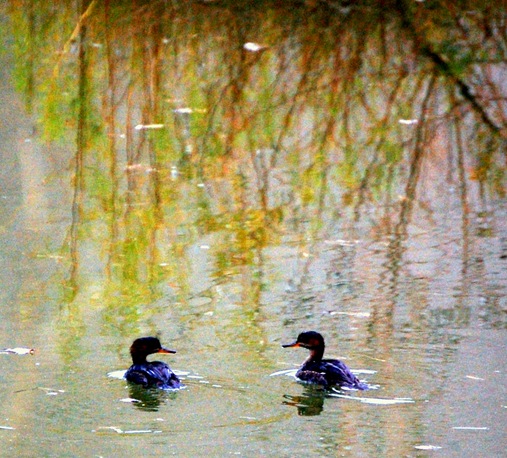 A PAIR OF DIVING DUCKS ON THE POND

Sandy & another AA member who I will call G came to the door that night right on time.  I knew the other AA member but it was my first time meeting Sandy.  Nothing shabby or bedraggled about this guy & he had a super friendly personality to boot.  We talked for a few minutes & I felt comfortable with him so off we went into the darkened night to my first AA meeting in the basement of a church somewhere in Stratford, Ontario.  By the time we got there I was a nervous wreck & having second thoughts about going in.  What was going to happen if I walked through that door.    What was I getting myself into?  What were all my old drinking pals going to think when they found out Al went to an AA meeting?  Questions with no answers & answers awaiting many new questions.  We have all experienced fears of the unknown & that's the exact spot I was at as we pulled into the Church parking lot.   Sandy & G sensed my nervousness & assured me everything would be alright, so across the parking lot into the Church & through the basement door we went into a large room with a lot of cigarette smoke & occasional bursts of laughter. (AA meetings have long since banned smoking...... but not the laughter) 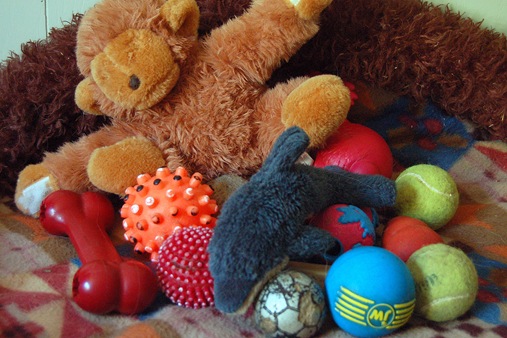 WILL WE HAVE ENOUGH ROOM IN THE MOTORHOME FOR THE FURRY KID'S TOYS??

Somebody with a big smiling face just inside the door shook my hand & said welcome.  There were a lot of people in this room & most of them were seated or standing around a large table.  There was a lot of hand shaking, coffee drinking, & I immediately recognized the faces of people I had drank with years before but had not seen for a long time.  Figured they had probably died or moved away somewhere but here they were in this room filled with smoke & laughter.  And they sure looked a whole lot better than the last time I had seen them too.  How could that be!!  Was there some kind of a mystical fountain of youth that restored both mental & physical properties here?  I was about to find out that actually, yes there was, but it didn't come in any form of magic elixirs or youthful fountains.  I shook more hands & peered into a lot of eyes looking for answers.  I saw a lot of casually dressed ordinary looking people with happy faces and I did not see anyone with a piece of rope holding their pants up!! 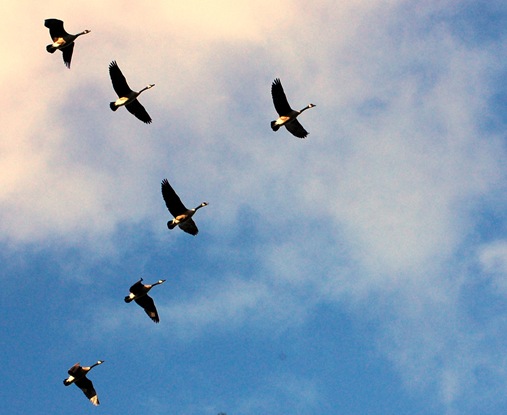 Soon it was time to be seated at the large table & wait for what was about to happen.  Was I about to be centered out, humiliated, or made fun of.  Criticized or looked down upon?  I grew up under the heavy hand of criticism so I was at least ready for that one.  I sat down at that table with Sandy, G, & about 25 other people.   I was still nervous at this time but as I looked around at the many faces I gradually became aware of a warm calmness coming over me from within.  People introduced themselves & admitted they were alcoholics.....& then it was my turn.  Alcohol had always given me the false courage to say whatever I wanted to say, whenever I wanted to say it & as loud as I wanted to say it, but here I was cold sober, nervous, scared, embarrassed, in a crowd of strangers, & feeling like a mouse caught in a trap.  I managed to squeak out....."My name is Al & I am an alcoholic." 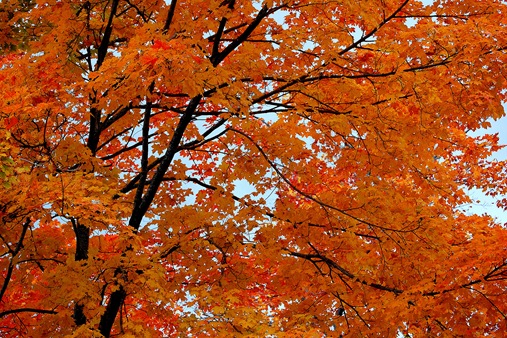 And, with that one statement I stepped across the threshold of one lifestyle into another.  The rest of the meeting was a blur of words but I listened intently to what everyone had to say & remembered thinking to myself that they all seemed to be somehow talking directly to me.  I wanted so desperately to get sober this time & I was ready to do whatever that took so I listened, & listened & listened.  I remember hearing words of encouragement & hope.  Words spoken with conviction, truth, & compassion.  By the time that meeting was over I felt there had been some kind of change inside me.  For the first time in many years I saw a light flicker & begin to grow brighter at the other end of that long dark tunnel.  I knew I wasn't out of the woods yet but for the first time I felt these people, these strangers, these fellow alcoholics, genuinely cared & that at last, with their help........I had a chance. 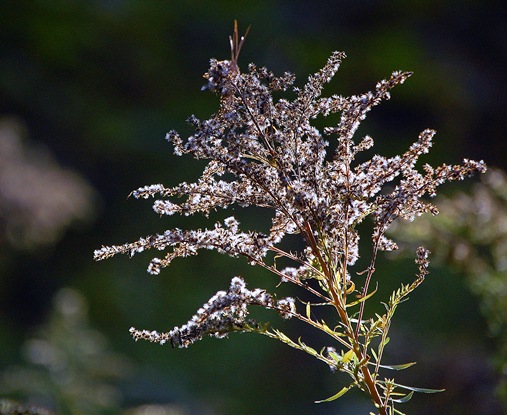 THE 'GOLD' HAS ALREADY GONE OUT OF THIS GOLDENROD FLOWER

It's been 31 years now with a totally alcohol free lifestyle & I may add, 29 years free of cigarettes as well.  It wasn't always easy in those first few years & there were rough spots along the way but friends were always close at hand either by telephone, meetings, or the good old coffee shop.  Little did I know though that this was the start of another addiction.....coffee!!  But, that's another story & I've since wrestled that little problem into a workable solution as well:)) 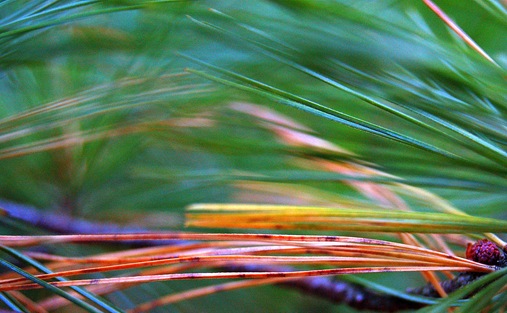 And speaking of coffee shops, some of you might remember my blog a couple Mondays ago about having coffee with an old friend in Mitchell Ontario.  Well, Jim was one of the guys my supervisor Richard had called that day 30 years ago because he knew Jim and reasoned we would be compatible.  Richard was right as Jim & I have been the best of friends ever since.  Best man at each other's weddings in fact.  But, Jim wasn't the one who came to my house the night of my first AA meeting.  He was working that night & couldn't make it so Richard made a second phone call to a good friend of Jim's named Sandy & it was he who came.  Two weeks ago while Jim & I were having coffee, it was Sandy who co-incidentally walked into the Mitchell coffee shop.  Hadn't seen him for about 7 years.  So, that brings me around full circle tying in my previous Monday blog with this one.  Don't know if Sandy or Jim thought of the significance for the 3 of us guys sitting there that day but I did as I was driving home later.  Thanks guys, thanks AA, & thanks to all the good people who make up Alcoholics Anonymous.  Your a darned good bunch of folks:)) 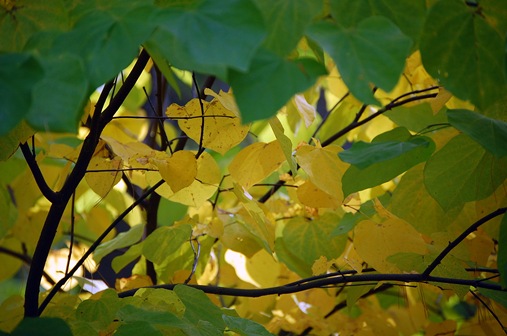 And a footnote:    There may be some AA members out there reading this post who will not agree with my posting it publicly.  Afterall, there is a reason for the word Anonymous in Alcoholics Anonymous.  I have never hidden the fact about my AA background & the feelings of hope I had at that first meeting.   It is a feeling that should be shared & not suppressed.  It is something I am very proud of & although it has been a long time since I have attended an AA meeting I fully support the organization in my own way & would not hesitate for a second to point someone in AA's direction if they thought they had a drinking problem. 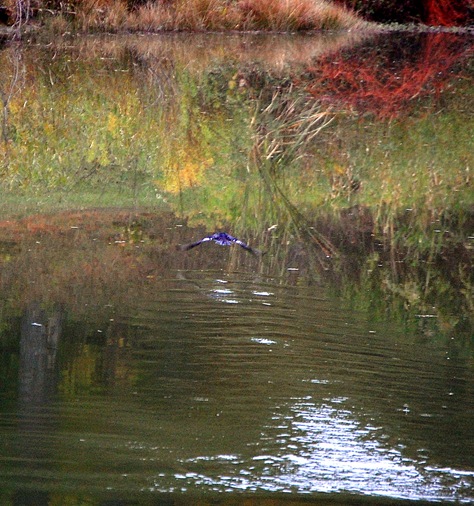 A SMALL DUCK TAKES FLIGHT OVER THE POND'S REFLECTIONS

Ok, that's enough out of me for one day & to-morrow I'll be back on track with more daily routines, travel adventures, memories, general nonsense, & photos:))  Just wanted to share my special day with everybody:)) 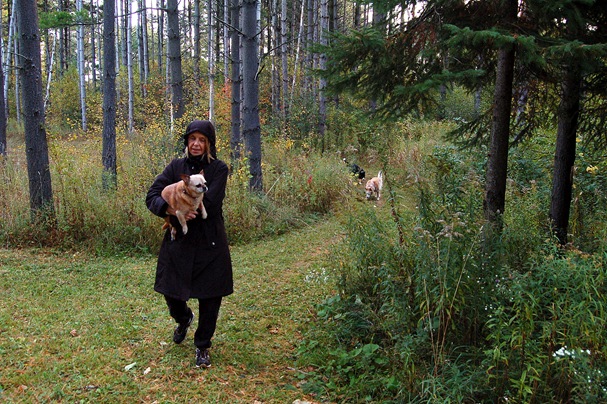 I THINK THE LITTLE MOTORMOUSE IS GETTING SPOILED:))

GROANER'S CORNER:((  And did you know the average  person's left hand does 56% of the typing & that there are more chickens than people in the world!!