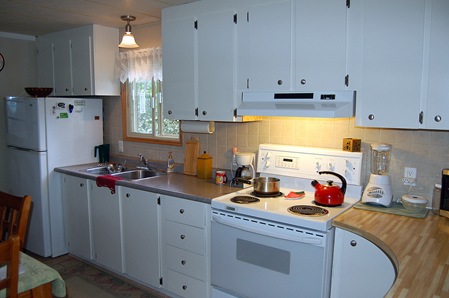 (Hover your mouse over the photos for the captions)

Neighbor Hank finished up the painting on our kitchen & bathroom cupboard doors yesterday so dropped them off last night.  This morning I have been busy putting cupboard doors back on.  Kelly really likes them so that makes the whole kitchen cupboard painting ordeal a success.  When I look at them I just see white colorless cupboards.  Seems like they should have some big bright orange & fuscia colored dinosaurs painted on them or something. 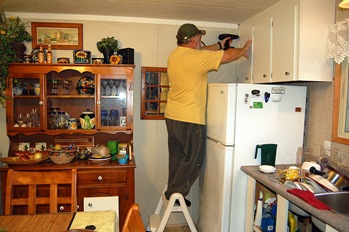 It was October of last year when I was checking out some things on the motorhome prior to our trip to the southwest when I managed to embarrass myself pretty good again.   You can read my blog for that day at….NOT THE BRIGHTEST CRAYON IN THE BOX.

I’m going to keep the blog short to-day because the video at the end of this blog may eat up some air cards out there & I know what that is like because we too use a Verizon card for our internet while on the road.  Videos & musically animated websites use  up those limited Gigabytes pretty fast. 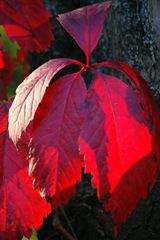 I've noticed in the past a lot of RV blogger folks are really into the food thing.  Not high on my list of favorite topics but I do have a contribution to throw in the pot so to speak.  Maybe I’ll even get myself up in the ranks of Foodie Friday, Sautéed Sundays, Sumptuous Saturdays, Mushmelon Monday, Tootsweet Tuesday, Wet Yer Whistle Wednesday & Soupy Surprise Thursdays. 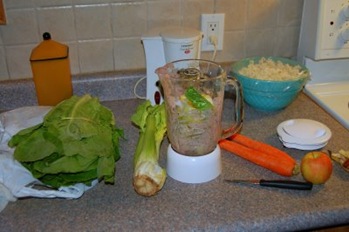 I have blogged about & posted an article several times called, Sounds Yukky - Tastes Yummy.  It has to do with my daily morning breakfast concoction I have been mixing up for about 10 years now.   Tuesday I took that written blog a step further & made myself a Video of my Yummy-Yukky morning ritual.  It’s my way of getting my daily dose of veggies in a palatable way instead of having to gnaw on the darn things like Bugs Bunny .  Haven’t had a cold or the flu for the last decade & I attribute that to my morning Soy shake.  The blog version is HERE & the video version is below.  Try it….you might like it:)) I couldn’t get the video below loaded from my files so had to come around & slip in the back door  through You Tube.  I don’t think that is the right way to insert a video but at least it appears to be working. 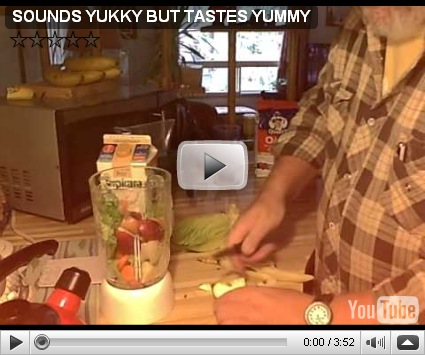 Was able to get my Picasa Plug-In installed on the laptop OK but the desktop doesn’t show the plug-in as being installed in Live Writer.  It won’t download it either & keeps coming up with a ‘repair’ menu.  Not sure if I like the way the ‘Tags’ feature works.  What are all those advertising sites anyway??

GROANER’S CORNER:((  And did you know that the the easiest way to find something lost around the house is to buy a replacement.