I didn't get around to taking any photos again today and didn't feel much like writing anything so I will leave you with a Facebook Memory from a dozen years ago about now.  We were ranch/security sitting north of Elfrida Arizona.  And Before I knew What Happened.....I was in a J.C. Penny Store.  The following day we were in the Jeep heading west, took a wrong turn and came nose to nose with the Mexican border out in the boondocks.  Destination....Parker Canyon Lake.  Following that.....Wily Coyote Kelly Outfoxes Me Again.

GROANER'S CORNER:(( "Mr. Wilson, I'm afraid I have bad news," the doctor told his anxious patient. "You only have six months to live."  The man sat in stunned silence for the next several minutes. Regaining his composure, he apologetically told his physician that he had no medical insurance. "I can't possibly pay you in that time."  "Okay," the doctor said, "let's make it nine months." 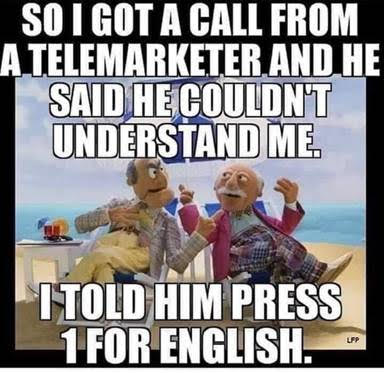