THE CASE OF THE MYSTERIOUS BLOOD SPOTS ON OUR FLOOR

A welcome sunny start to the day but it didn't last.  I don't know where the windchill factor landed but it definitely felt cold and damp to me.  My tolerance for winter's cold and summer's heat and humidity seems to be getting less and less with each passing year now.  However, Pheebs and I still made it out for a Jeep ride this morning and a brisk walk this afternoon.After supper each night Pheebs likes to go out for a pee.  Sometimes she goes out into the yard by herself and sometimes Kelly goes out with her.  Last night Kelly went out with her for a couple minutes.  Seeing them coming back in I jumped up from the computer and dashed into our spare room to hide on Pheebs because as soon as she comes in the door she comes racing down the hall looking for me.  It's our little game of hide and seek we play.  The only problem this time was that in my haste I stubbed my toes on the door jam going into the spare room.  Ouch, ouch, and more ouch.  Pheebs found me pretty quick because I was still standing in the spare room doorway grimacing.  A minute later the pain began to slowly diminish roar so I headed down the hall to the kitchen and fixed myself up a decalf coffee.  While the coffee was brewing I headed back to the sunroom and finished editing my post for the day.  Back to the kitchen I went, picked up my coffee and headed back to the sunroom to publish my post.  The pain in my left foot was gone was pretty much gone and I wasn't thinking about it much.  Ten minutes later I took my empty coffee cup back to the kitchen and it was then that I noticed a couple of orangy spots about the size of a quarter on the floor near the fridge.  I asked Kelly if she had spilled something on the floor.  Ketchup, chili sauce or whatever.  She said no and came out of the living room right away to have a look.  She hadn't even gotten near the fridge when she saw light orangy/red spots on the floor as well.  I looked down and holy smokes there were more spots around the kitchen table and where I was standing and each one was still about quarter size.  We figured right away it was blood and there was only one conclusion.  Pheebs.  We quickly got a flashlight and checked her paws.  Nothing.  Kelly checked her all over while I, with another flashlight, began following the blood spots all the way down the hall and into the sunroom.  We didn't count all the spots but there were easily 30 or more of them and even under my computer chair.  It was still a mystery where these quarter-size spots had come from.  I grabbed a wet paper towel and began wiping them up.  I was about halfway down the hall wiping up a spot near the bathroom door when I turned around and saw more spots right behind me where I had just cleaned up spots.  What the heck was going on!!  I walked back out in the kitchen and Kelly said Pheebs was fine and the pale blood spots had to be coming from somewhere else.  And then I remembered stubbing my toes.  I lifted my foot up and sure enough, there was blood around the toe area of my sock.  Well, to shorten up the story, we finished cleaning the floor and I finally got around to putting a bandage on my toe.  It's the one next to my baby toe and I will probably lose the nail by the looks of it.  It wasn't painful anymore so I didn't make much of a fuss about it because you know how men can make such a fuss about things like that!!  Well, at least it gave me something to write about tonight and the best outcome from all this is that it wasn't Pheebs that was bleeding:)) 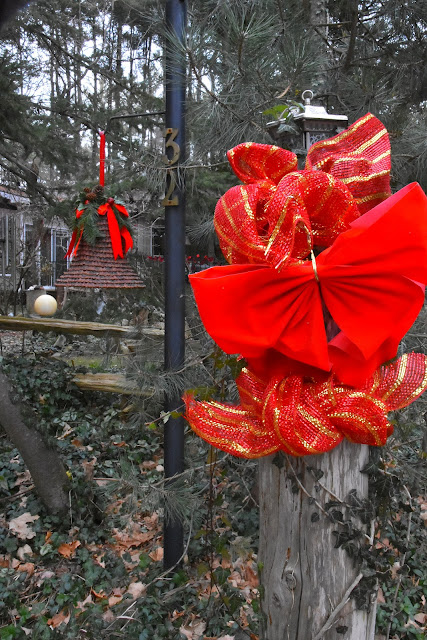 Ellen's World:)) In this video. Ellen plays a bit at the beginning before she and her dad talk about a wireless guitar and bass system.  It's the interaction between Ellen and her dad that I found charming as well as funny.  I had a chuckle at Ellen's impromptu actions and especially near the end when she threw a second punch at the Xvive U2 guitar gizmo.  Check out Wireless.  And, while on the subject of music here is one of my favorite early 70's songs done by Greg Lake who was once part of Emmerson Lake and Palmer.  The song is From The Beginning.  Greg Lake passed away on December 7th, 2016.  This early 70's era and its music still hold many emotional memories for me.  I was living in British Columbia's Okanagan Valley then and it was an adventurous and very turbulent time in my life..................    GROANER'S CORNER:(( Comments made in the year 1955!

I'll tell you one thing if things keep going the way they are, it’s going
to be impossible to buy a week’s groceries for $10.00.

If cigarettes keep going up in price, I'm going to quit; 20 cents a pack
is ridiculous.

Did you hear the post office is thinking about charging
7 cents just to mail a letter.

If they raise the minimum wage to $1.00, nobody will be
able to hire outside help at the store.

When I first started driving, who would have thought gas
would someday cost more than 20 cents a gallon.
Guess we'd be better off leaving the car in the garage

I'm afraid to send my kids to the movies any more. Ever since
they let Clark Gable get by with saying DAMN in GONE WITH THE
WIND, it seems every new movie has either HELL or DAMN in it.

I read the other day where some scientist thinks it's possible to put a
man on the moon by the end of the century. They even have some
fellows they call astronauts preparing for it down in Texas.

Did you see where some baseball player just signed a contract for
$50,000 a year just to play ball? It wouldn't surprise me if someday
they'll be making more than the President.

I never thought I'd see the day all our kitchen appliances would
be electric. They're even making electric typewriters now.

It's too bad things are so tough nowadays. I see where a few
married women are having to work to make ends meet.

It won't be long before young couples are going to have to hire
someone to watch their kids so they can both work.

I'm afraid the Volkswagen car is going to open the door to a whole
lot of foreign business.

Thank goodness I won't live to see the day when the Government
takes half our income in taxes. I sometimes wonder if we are
electing the best people to government.

The fast food restaurant is convenient for a quick meal, but I seriously
doubt they will ever catch on.

There is no sense going on short trips anymore for a weekend.
It costs nearly $2.00 a night to stay in a motel. 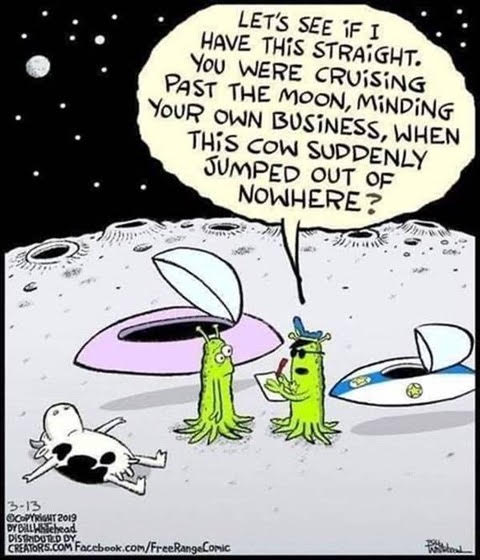 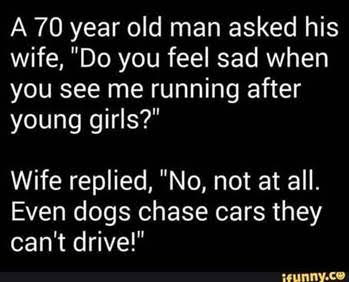