EVEN IF IT IS FICTION

Another mighty fine late November morning with reasonably comfortable above-freezing temperatures and clear blue skies from horizon to horizon.  It reminded me so much of Spring. Pheebs and I didn't waste any time getting ourselves into the Jeep and on the road.  We took a cruise through Bayfield and then out into the countryside. 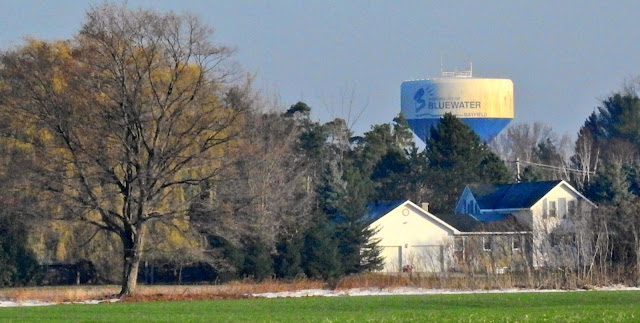 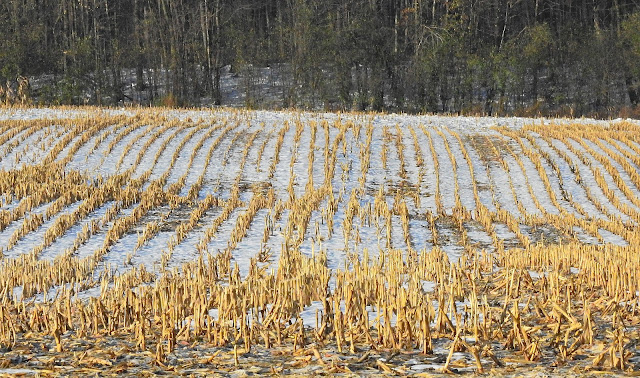 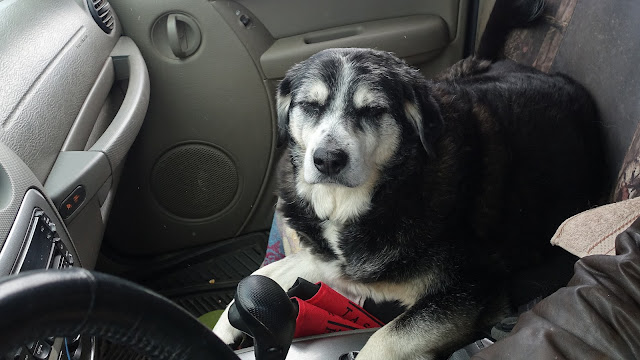 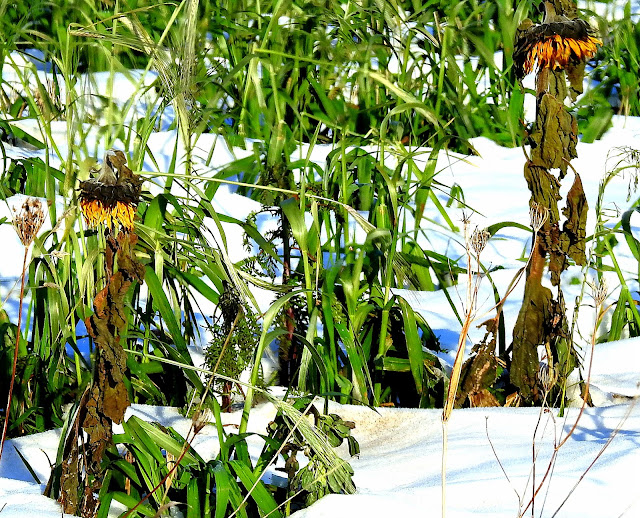 Stopping at the Linfield Conservation Area we took ourselves for a walk in the fresh morning air.  I could feel a bit of the Sun's warmth on my face and that in turn made the morning feel even more Spring-like.  From the conservation area we wandered around a few more country roads soaking up the good feeling before heading back to Bayfield. 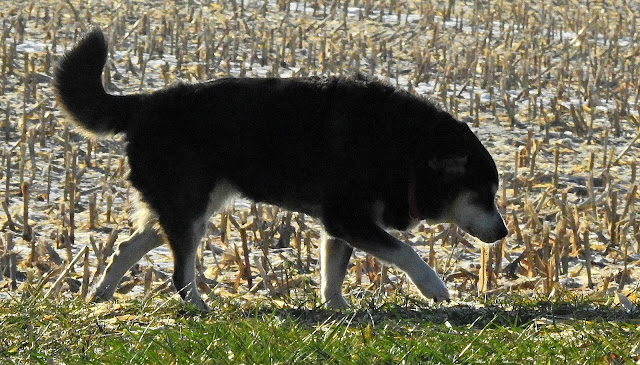 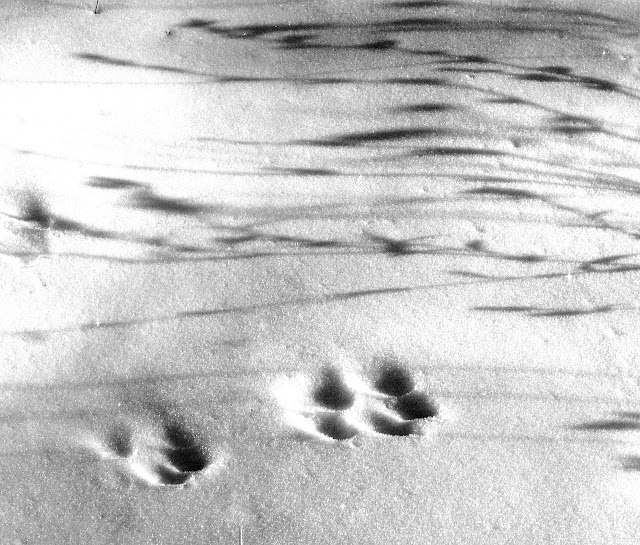 My birdseed supply was getting very low so I figured it was time to stop in at the Porter's Hill Wild Bird Seed Co. and snag me a couple 20-pound bags of Deluxe 'Mix' birdseed.  I also picked up a second 'squirrel-proof' bird feeder while there.  Talking with the nice owner fella I mentioned my problem with squirrels leaping from a nearby tall cedar tree branch onto my bird feeding station.  I said the branch was too high for me to reach and cut off.  He then graciously lent me his long-handled extendable 'lopper' shears for reaching and loping off high branches.  I thought that was mighty nice of him to do that.  I quickly scurried home to give it a try and I wasn't long in hauling out my tall eight-foot step ladder and parking it right next to the tall cedar tree.  With the long extended lopper in hand, I clambered up the step ladder and precariously maneuvered the lopper into position around a branch, pulled the rope, and off came the squirrel's jumping platform.  While up there I lopped off a few other small branches that could potentially be of aid to the high-flying squirrel as well.  Confident (silly me) this might solve my problem, I removed the garbage can from atop the feeder and hastened to throw a few handfuls of birdseed up there.  And then I came into the house and watched to see what would happen.  As it turned out, nothing happened and I didn't see any of the squirrels making an attempt to jump down from the cedar tree onto the feeder.  However, I'm sure they are having an emergency meeting tonight and devising a cunning new plan of attack.  We'll see what happens tomorrow and I will hang onto that lopper gizmo for a couple days just in case I have to ladder myself up into the tree again and do some more loppin........... I also took advantage of the bare and dry roads today and had Scooter out for a maintenance run. I was hoping to blow some snow off the roof but the snow was too moisture-laden and I only succeeded in maybe blowing off half a dozen snowflakes, if that.  The rig ran fine and all was good. 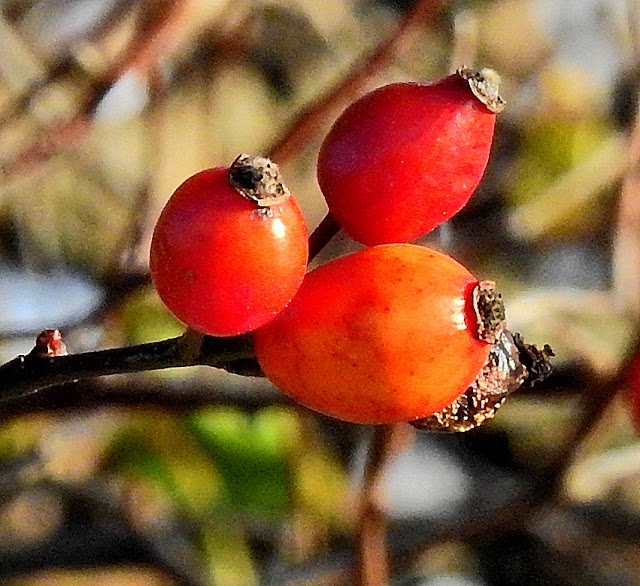 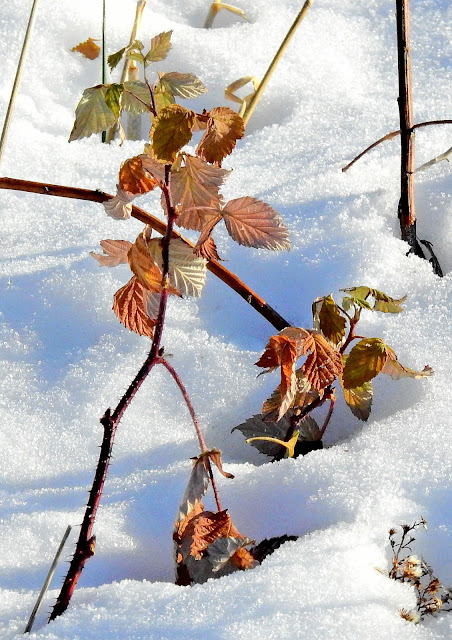 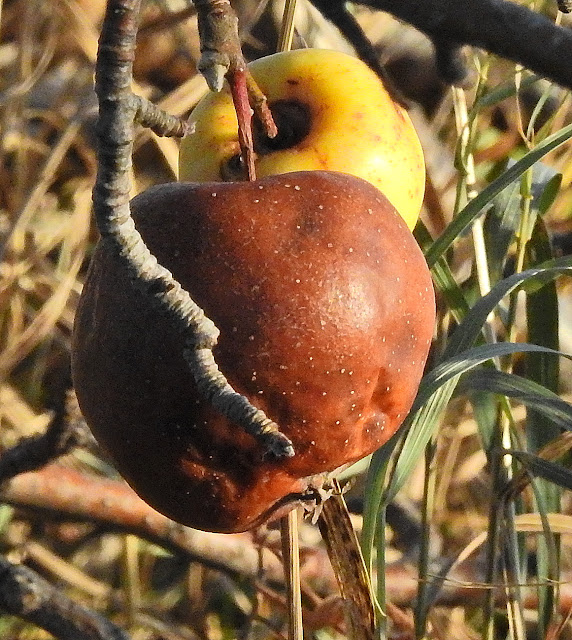 I had two good examples of 'memory flubs' today.  The first one occurred when I picked up the two 20-pound bags of birdseed because I thought I was nearly out.  Later, when I opened the Jeep's hatchback to look for something I discovered a completely unopened bag of birdseed that I had put in there a month or so ago and had totally forgotten about.  Oh well, one can never have too much birdseed can one.  The second thing was sort of a memory flub and sorta not.  It was kinda more like something I call 'an amazing piece of good luck flub'.  Deciding to take Scooter for a run, I searched everywhere for the rig's keys but to no avail.  I couldn't remember where I had put them. (oh geeezzzz, so what else is new)  They weren't hanging on a hook in the house where they should have been but I've been known to hide keys and then forget that they ever even existed.  I looked for those keys in coat pockets, pants pockets, under the driver's seat, the floor mat, behind the seats, above the visors, glove box, and even back in the coach where I might have had a brain wave and hidden the keys in a cupboard or something.  What about under the bed or behind the toilet, or maybe I put them in the fridge.  My search was to no avail and for sure the keys had to be truly lost....or temporarily misplaced I kept telling myself.  And guess what....they actually were truly more lost than I knew.  Stepping out of the RV and walking dejectedly around the front of it with my discouraged face dragging on the ground I was suddenly confronted with a most amazing piece of luck.  There on the ground laying in the melting snow right in front of me were Scooter's keys.  I just stood and stared at them hardly believing what I was seeing.  Had I just stepped into the Twilight Zone??  I must have somehow dropped those keys a week ago when I started the rig up in that cold and blowing snow period of bad weather we had.  I could tell the keys had been lying there under the snow for a while because of the way the ice had melted around the ignition key.  Just think, had we not had this mild spell and the snow hadn't melted, those keys would have been truly lost until next Spring sometime......Okay, okay, I might as well tell you about another memory flub I had recently.  Remember a week or so ago when out for a Jeep drive, Pheebs and I came across that big Mother Load of Corn alongside the road on our way to Grand Bend.  Well, after shoveling some of that corn into a couple of buckets, I leaned my trusty little shovel against the Jeep, opened the hatch, placed the corn buckets in the Jeep, closed the hatch, climbed into the driver's seat, and drove away.  A couple days later I opened the Jeep's hatch to take the corn buckets out and noticed something missing.  My shovel wasn't there.  What!!  My first thought was 'why would somebody break into the Jeep and steal my little snow shovel??  With a few more thoughts following that first thought and thinking back, I finally had to resign myself to the fact that yes, I no doubt forgot to put the shovel in the Jeep after putting the buckets of corn in.  And so it goes and so it goes:(( 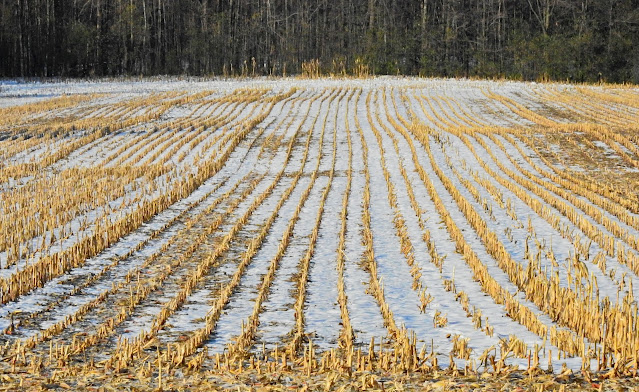 I finished another book in the Anne Of Green Gables saga.  I enjoyed Anne Of The Island.' just as much as the previous books and so much so that I am already off and running with the next book in the series, 'Anne Of Windy Poplars'.  This young red-headed freckle-faced girl and her Island adventures sure have won me over.   And, how refreshing to read something entertaining and totally different for a change.  Even if it is fiction. 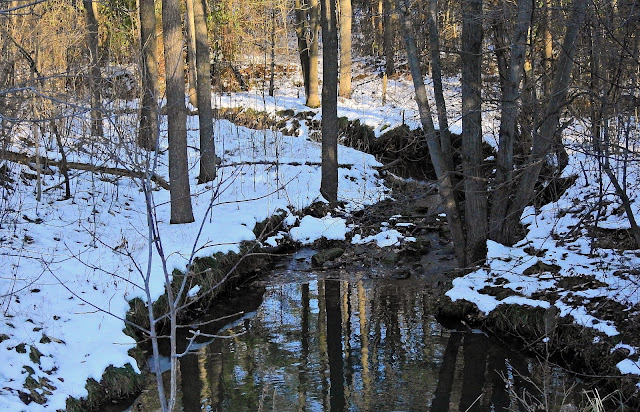 GROANER'S CORNER:(( One lab mouse to another: I've trained that crazy human at last.  How have you done that?  I don't know how, but every time I run through that maze and ring the bell, he gives me a piece of cheese.

Nurse: Good morning Mr. Smith, you seem to be coughing much more easily this morning.Mr. Smith: That's because I've been practicing all night. 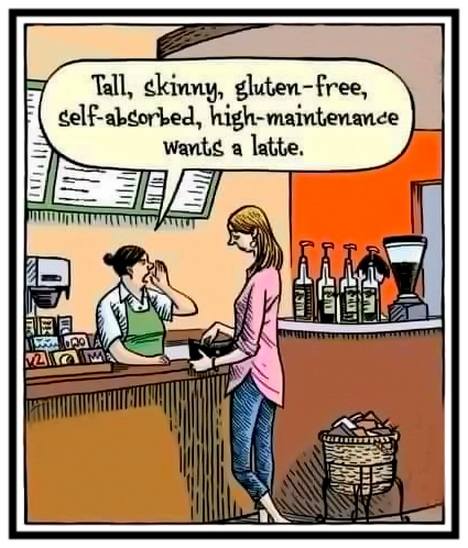 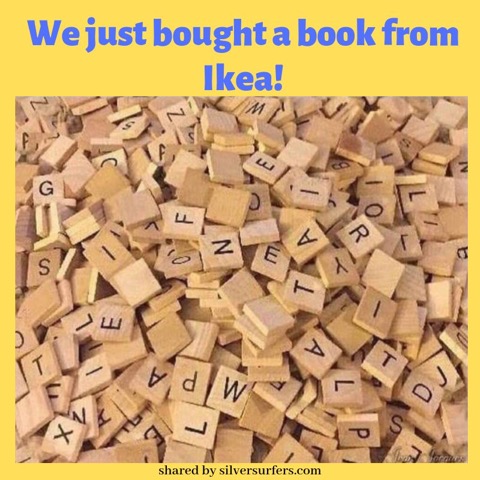