ANOTHER DAY MATCHING WITS WITH THE SQUIRRELS....AND THEY ARE OUTWITTING ME 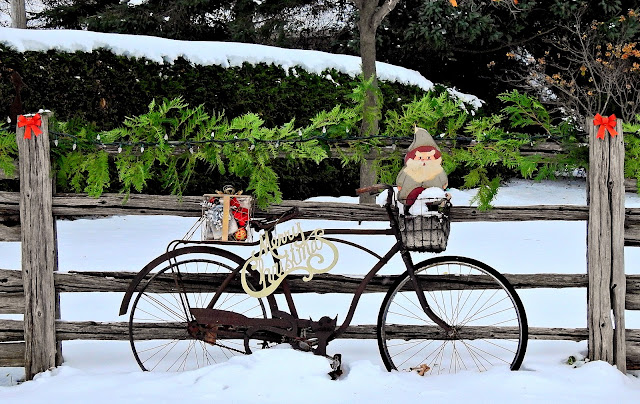 It is quite the time I am having with these wiseguy squirrels!! Looking out the window first thing this morning I again saw a fat squirrel on the bird station vacuuming up bird seed.  I figured he must have followed the standard aerial route from the tall cedar tree to the top of the bird station.  Turns out, I was wrong.  A few hours later, a movement caught my eye out there and it was an airborne squirrel heading for the feeder.  But, he was not sky-diving in from high above.  The squirrel had leaped from a small tree to the left of the feeder.  I've seen many squirrels in that tree trying to figure out how to jump across to the feeder but none of them ever did.    Until this morning that is.  I shooed the squirrel off the feeder a couple more times and then watched closely to see which branch he was jumping from.  When I had that figured out it was off to the carport I went to gather up my pruning shears, my swede saw, and a step ladder.  Clip, clip, saw, saw, and I had a few branches down.  In the meantime, Mr. Ed, a longtime blog reader had suggested I put an inverted garbage can on top of the bird station, so this morning that is exactly what I did.  And, half an hour later I look out the window and there is a #!!%&**%!!!! squirrel on the bottom level of the bird station!!  I roared out the door in a big gaggling bluster and shooed him off.  Back inside I went and waited.......Sure enough, here comes the wiseguy again, and this time he goes up a small pine tree on the opposite side of the feeder, throws himself into the air, and lands on the lower deck of the feeder.  By this time I am about reduced to a blabbering mass of blubbering frustration.  But, I remembered that I had this very same problem before with that side of the feeder near the pine tree.  Not wanting to cut any more branches off the pine tree I go out to the carport again, get a piece of wood, and four wood screws.  With my battery-powered drill, I screwed that piece of board in place, came back into the house, and watched and waited all over again.  At the time of publishing this tonight, the bird station has been squirrel free:))  But then, there is also tomorrow already on its way:(( 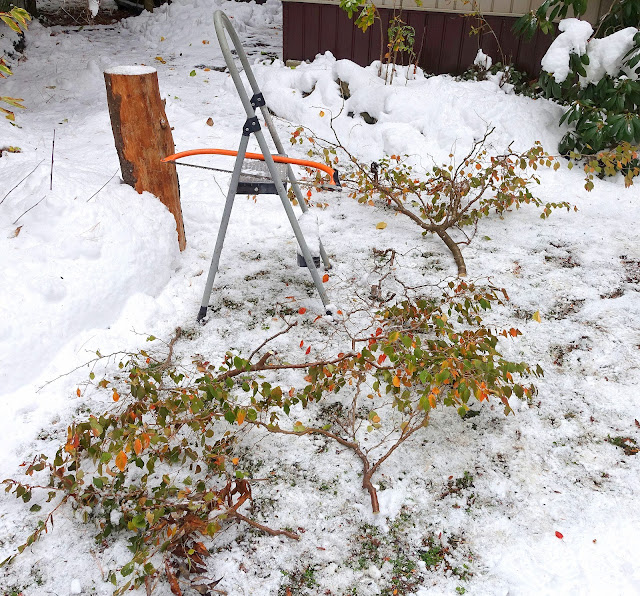 If I thought Thursday morning was cold and windy, I hadn't met Friday morning yet.  Under overcast skies, Pheebs and I again slipped into Bayfield for a short drive around keeping an eye out for Christmas decorations. 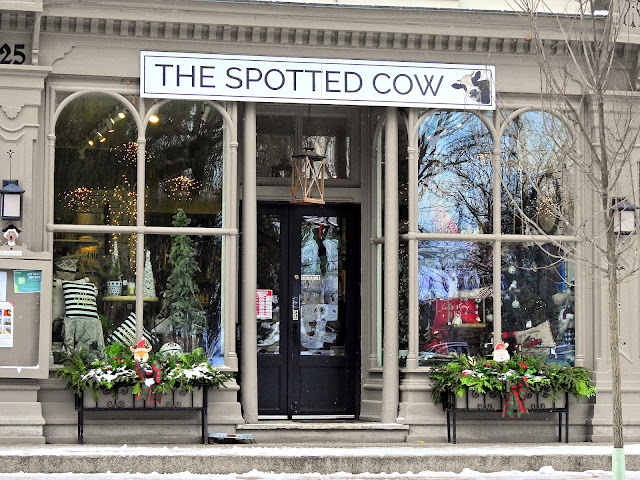 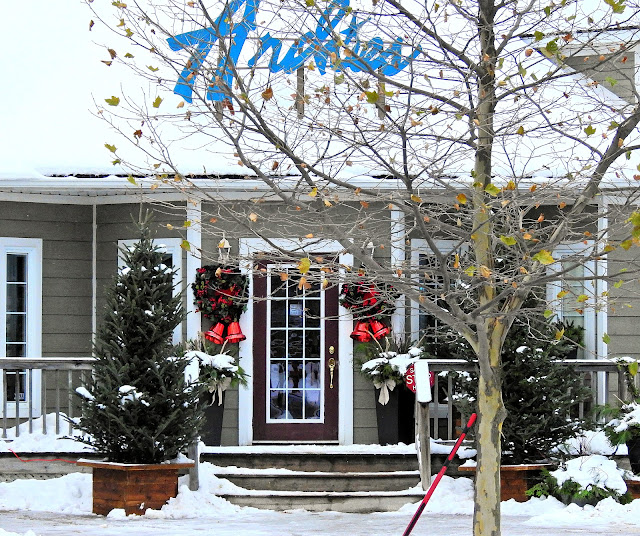 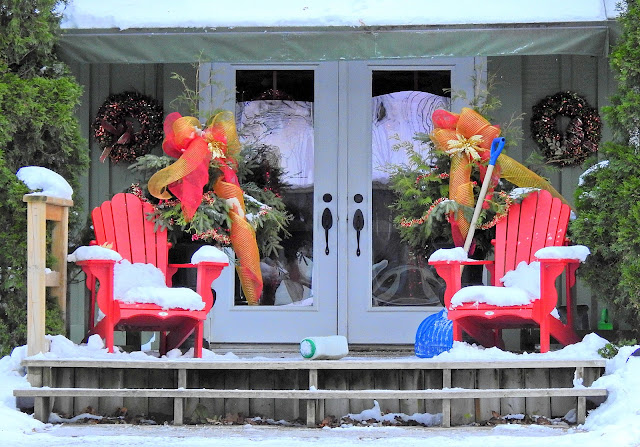 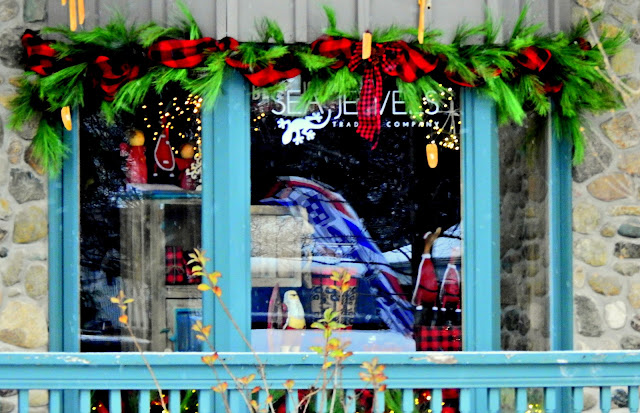 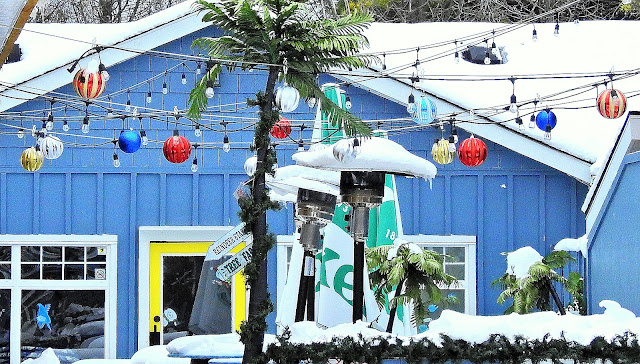 Kelly had taken the Subaru and headed to Goderich this morning to drop off some blood at the Dynacare Lab.  She plowed into a bit of snow on the road, the Subaru wiggled, then straightened itself right out.  Kelly said she didn't have to do a thing and had she been in her old front-wheel drive Pontiac Sunfire she could have been in a bit of trouble.  And that is the precise reason I insisted our next car be an AWD (All Wheel Drive) vehicle:)) 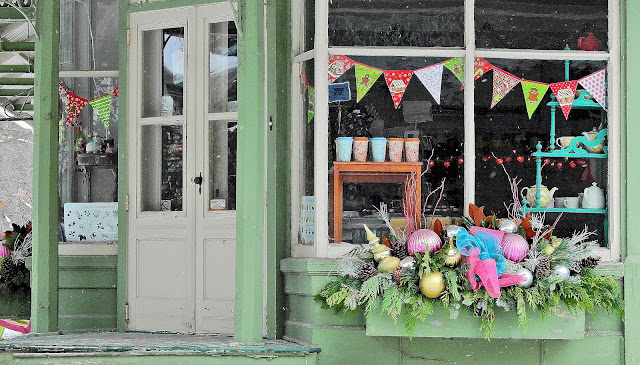 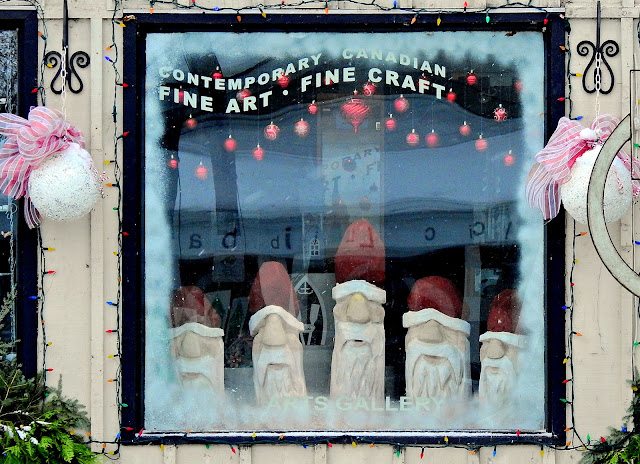 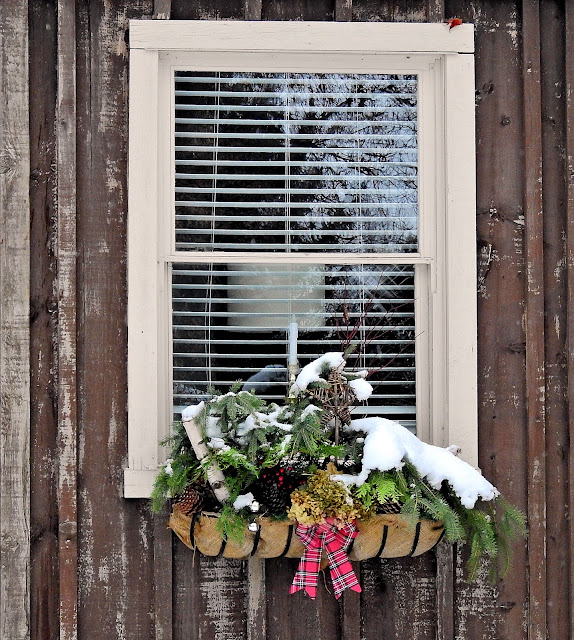 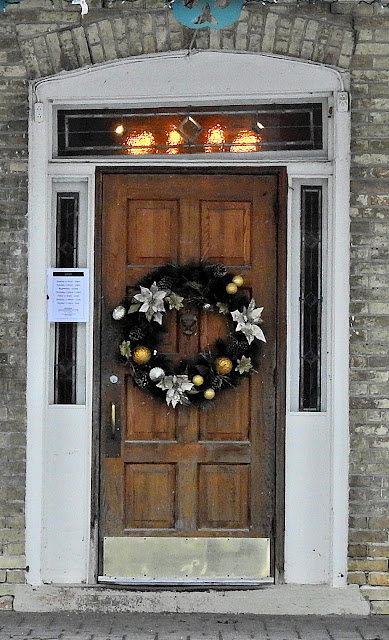 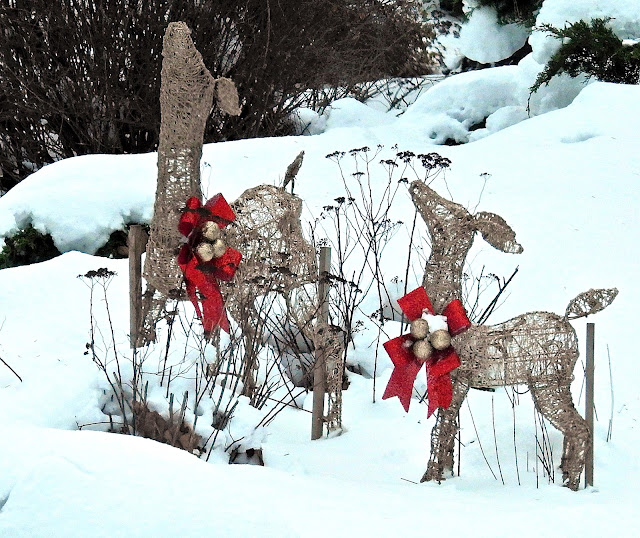 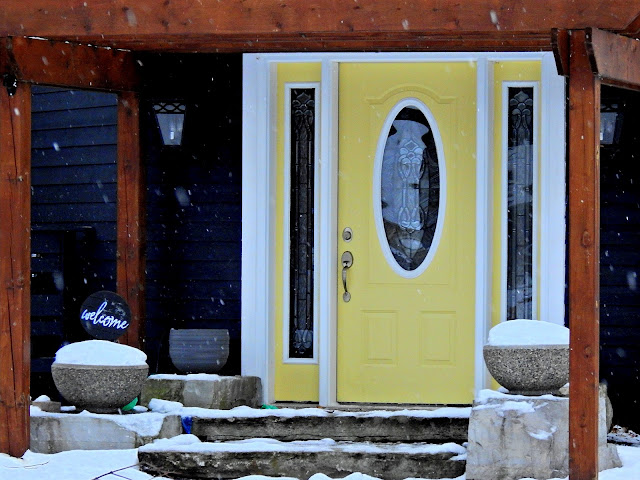 A number of our RVing friends are already basking in the Arizona sunshine and I must admit, I have trouble reading their posts and seeing all their great photos.  Looking at those deserts and mountains, and seeing folks walking amongst the big Saguaro cactus genuinely makes me homesick and I yearn to be there again to see the gorgeous sunrises, sunsets, and big starry night skies.  I'm grateful for the 13 winters we spent traveling the southwest but those 13 years have made me even more restless than ever.  Had we not ever been to the southwest I wouldn't know what we were missing but having been there I know exactly what we are missing.   Some people I suppose can just turn it off and get on with where they are now in their life but I seem to be struggling with that.  Every time I read someone's blog about the southwest and look at their photos, I just want to go out, hop into Scooter, and set a course, south by southwest......... 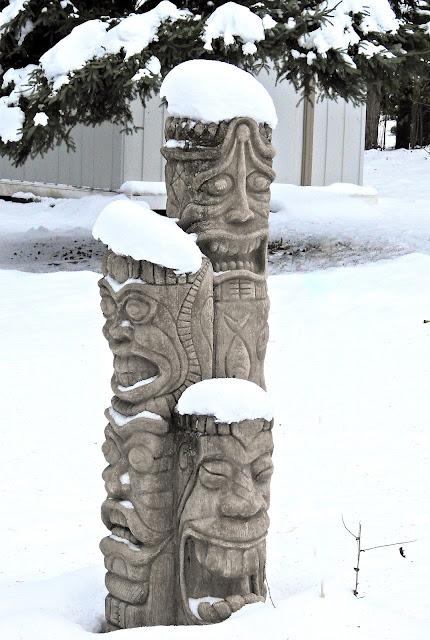 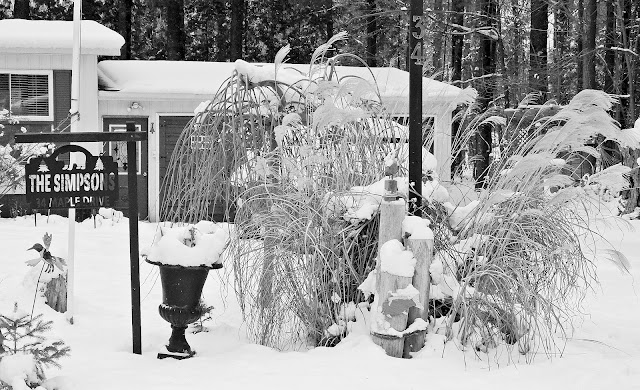 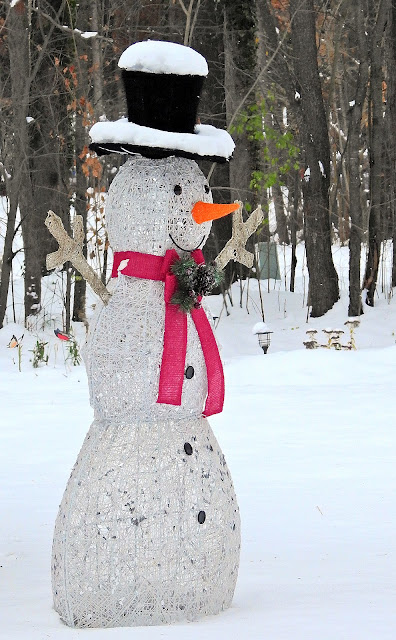 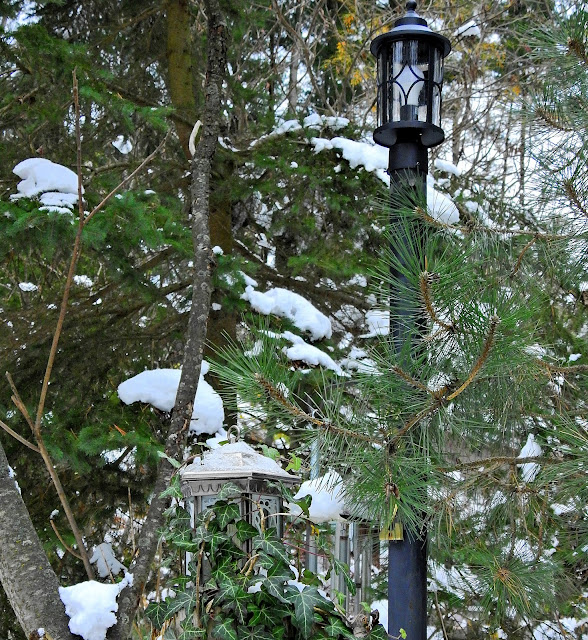 This weekend it is the annual Christmas In Bayfield and I noticed a number of workmen around Bayfield's main street setting up for that.  It looks like it could be a cold blustery winter's day for the parade on Saturday.  Cold and blustery does not work for me so I won't be there to watch the parade.  I've never been big on parades anyway.  Well okay, maybe a long time ago I was........ 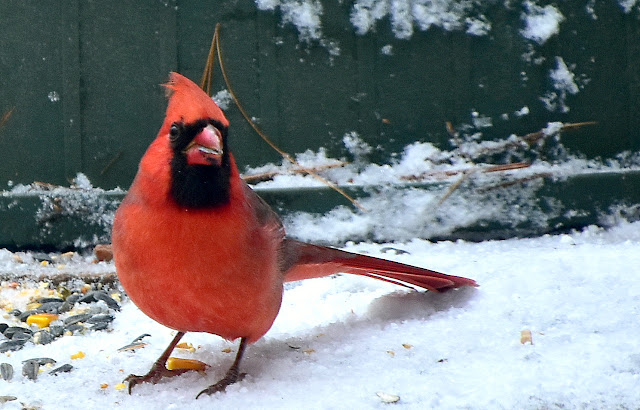 GROANER'S CORNER:(( A Scottish atheist was spending a quiet day fishing in the lake when suddenly his boat was attacked by the Loch Ness monster. In one easy flip, the beast tossed him and his boat at least a hundred feet into the air. It then opened its mouth waiting below to swallow them both.  As the Scotsman sailed head over heels and started to fall towards the open jaws of the ferocious beast, he cried out, "Oh, my God! Help me!"  Suddenly, the scene froze in place and as the atheist hung in midair, a booming voice came out of the clouds and said, "I thought you didn't believe in Me!"  "God, come on, give me a break!" the man pleaded, "Just seconds ago I didn't believe in the Loch Ness monster either!"

Some South Americans visited Italy, and the country's beauty made them cry. I think they were Venice wailin'. 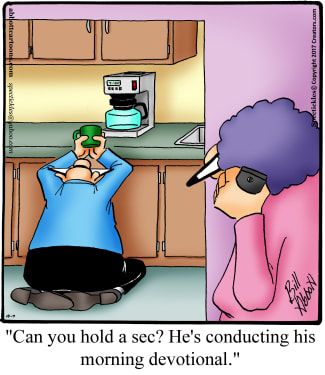 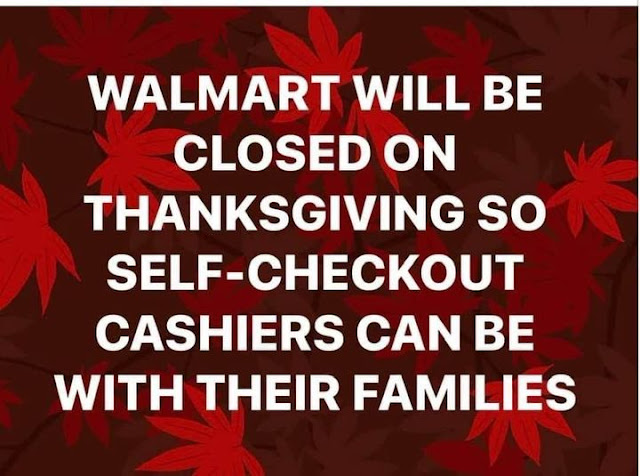