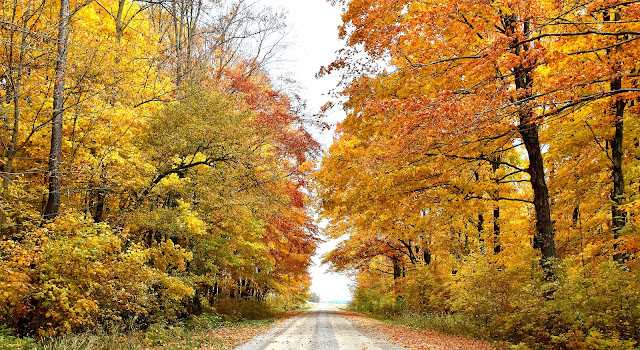 Couldn't have been a finer late Autumn October morning as I headed east about 8:05 for the picturesque little town of St. Marys Ontario.  I noticed right away the number of combines and farm wagons in many fields.  Our area's annual corn harvest is well underway and farmers are busy.

I picked up my good buddy Richard at about 9:15 a.m. and we soon had ourselves embedded in the Tim Horton coffee shop drive-thru line-up.  For the second time in a row, they goofed up our simple two small coffees with cream and two carrot muffins order.  Oh well, such is life.  Minutes later we were out of town following a scenic gravel road ambling alongside the Thames River as it made its way to the southwest where I figure it would eventually empty itself into Lake Erie.  We covered our usual number of miles and our usual number of great topics with a few new slants on this and that thrown in for good measure.  Before we knew it our two-and-a-half hours were up and we were back in St Marys.  Our travels had taken us through a few little whistle-stops called Rannoch, Motherwell, Anderson, and close to Kirkton Ontario.  It was shortly after noon when we agreed on another coffee tour sometime in November.  With that, I pointed Subie's nose for home.  It is just so nice to be out and about in the countryside on this mighty fine sunny Autumn day.  I think our temperature made it to over 70F again and I drove most of the way home with my passenger side window down. 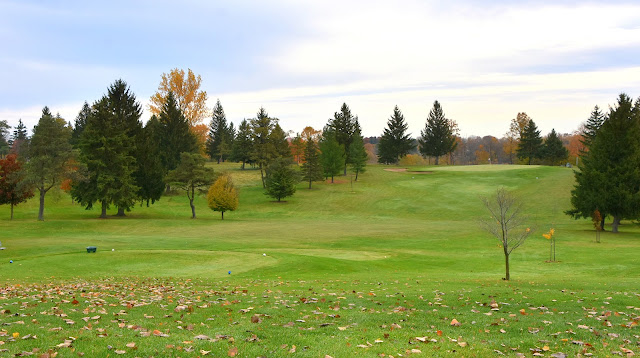 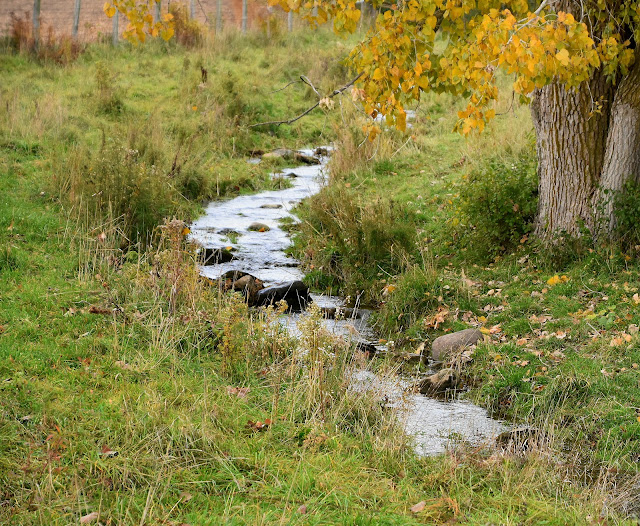 And I was very pleased to read this today....  Nasa's New UFO Team Will Study Sightings To Better Understand Them  I am already looking forward with great interest to Nasa's findings which will be released in mid-2023. 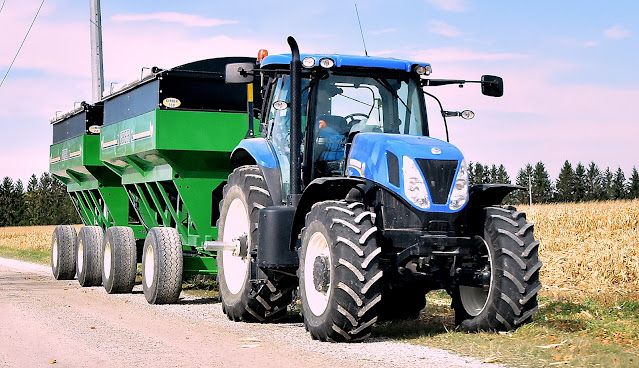 Ellen's Groove:)) Here's Ellen working on the bass track for Smoke On The Water by the Moody Blues.  And it is interesting to see how she does this by following the moving notes on a monitor while sitting on the floor beside her dog, Neo. 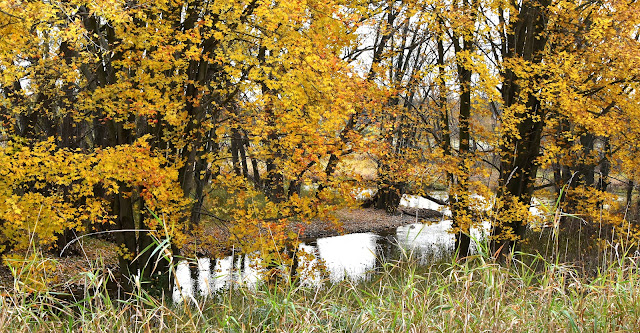 Q: What do you call an annoying pumpkin who does stupid stuff?A: A jack-ass-o-lantern.

Q: What happened to the cannibal who showed up late to Halloween dinner?A: They gave him the cold shoulder.

Q: What is the witch’s favorite crime show?A: America’s Most Haunted.

Q: Why is the woman afraid of the vampire?A: Because he is all bite and no bark.

Q: Why do cemeteries have walls and fences?A: Because people are always dying to get in.

Q: What happens if you combine a vampire and a snowman?A: You get frostbite.

Q: Do zombies eat popcorn with their fingers?A: No, they like to eat the fingers separately.

• I’m not saying my son is ugly…But on Halloween, he went to tell the neighbors to turn down their TV and they gave him some candy.

Q: What is a vampire’s worst fear?A: Tooth decay.

Q: What should you give a pumpkin who can’t quit smoking?A: A pumpkin Patch.

Q: What happened to the man who got behind on payments to his exorcist?A: He got repossessed.

Q: What did the boy ghost ask his father?A: Do humans really exist?

Q: Why did the headless horseman start his own business?

A: To get ahead in life.

Q: Why did the team of witches lose the softball game?

A: Their bats kept flying away.

Q: What do you call six witches in a jacuzzi?A: A self-cleaning coven.

Q: Do you want to invest in my startup company to destroy all vampires?A: I’m the main stakeholder.

Q: What did the parent say to the baby ghost?A: Don’t spook until you’re spoken too.

Q: What is it like to be friends with a vampire? 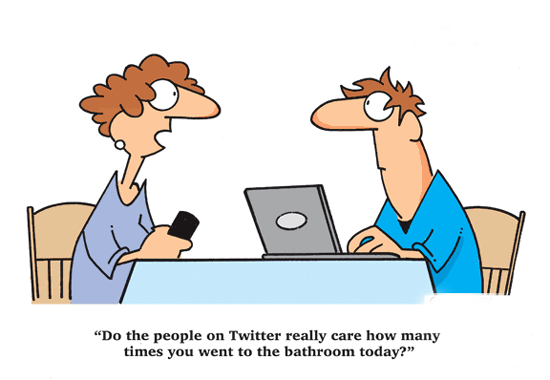 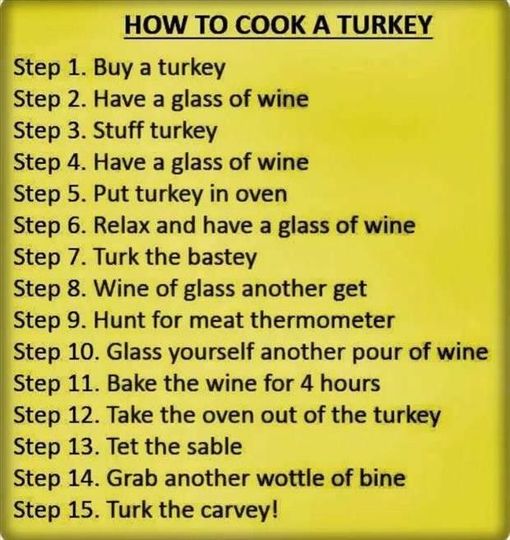