NICE MORNING FOR A WALK IN THE BANNOCKBURN CONSERVATION AREA

A partial cloud cover on this cool morning so I tossed on a long sleeve shirt before Pheebs and I headed out at the start of another day. Following our walk, we slipped into Clinton and picked up a Tim Horton coffee to go.  Rolling east out of Clinton I snapped a few photos along the way.We hadn't been over to the Bannockburn Conservation Area for a while and I knew with this cooler air upon us now there wouldn't be any bugs in the air there.  We swung south, then headed west for Bannockburn hoping there wouldn't be any cars in the parking lot.  There wasn't, so off we went for a walk on the boardwalk. 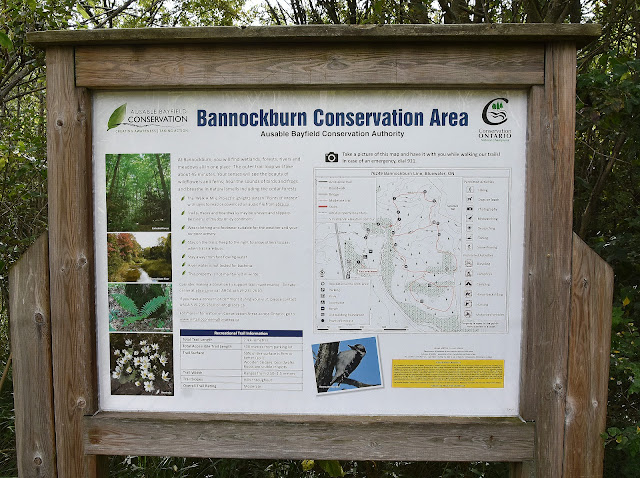 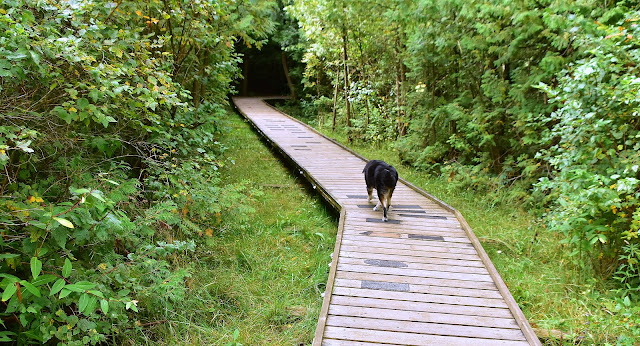 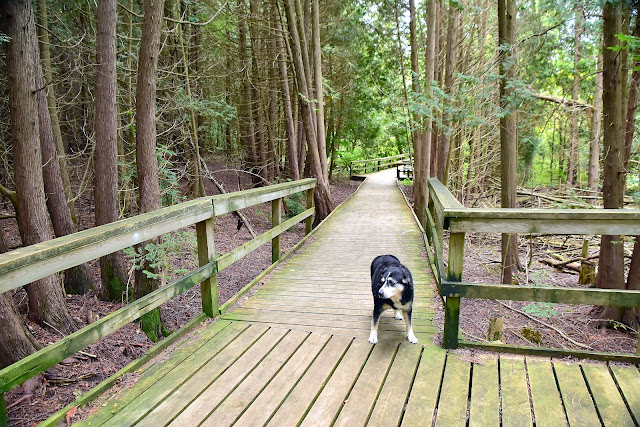 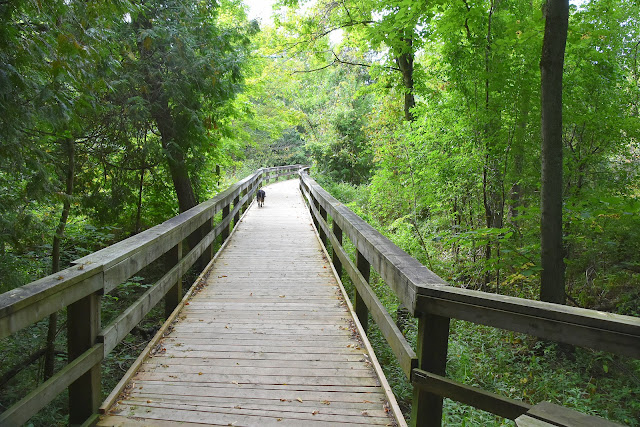 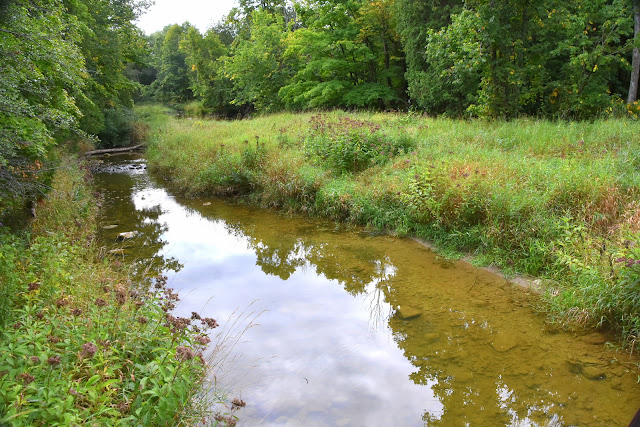 With summer sliding gracefully into autumn, I could hear a few Crows along with a Blue Jay or two.  Other than those few birds the forest was quietly in its earliest stages of buttoning itself down for the coming winter.  The only other sound along the way was that of trickling water as one of several shallow creeks twisted its way through the heavy vegetation along its banks. 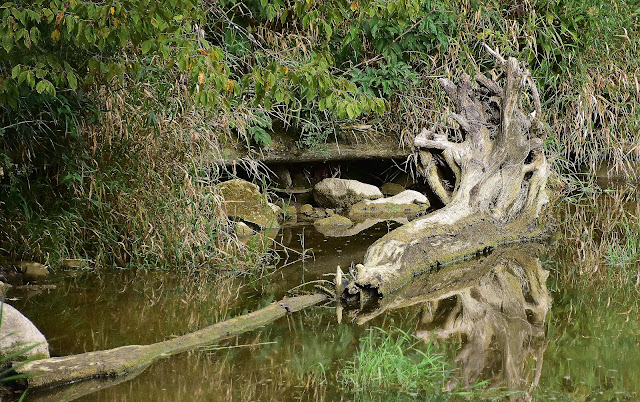 I noticed new planking had been laid down for about half of the boardwalk.  The last few times here, I noticed some of the old boards were getting a little worse for wear.  It's nice to see these conservation areas being well looked after by an obviously great bunch of environmental people. 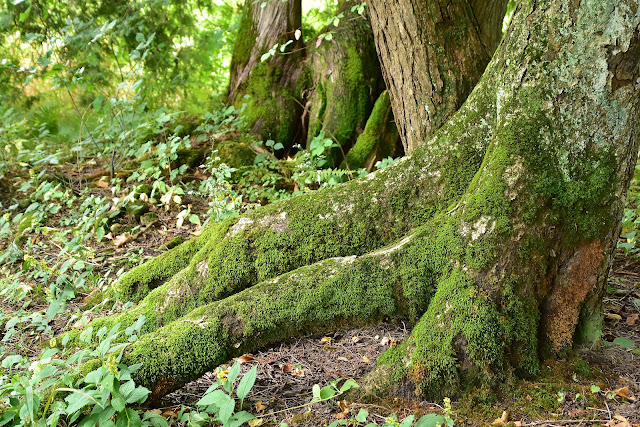 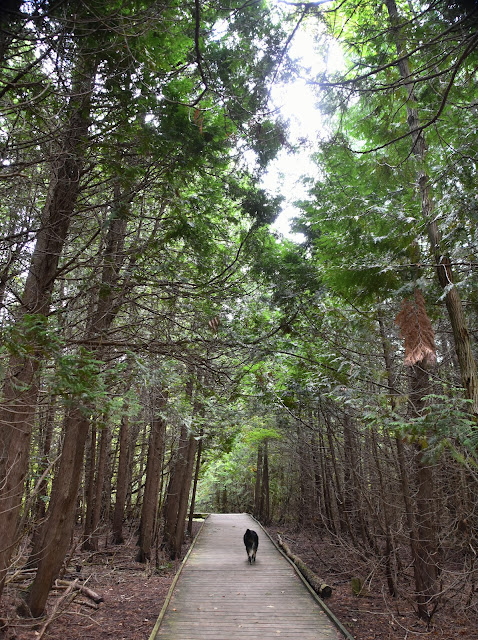 Pheebs loves these kinds of outings as she races around checking everything out.  Lots of smells to be had wherever she goes.  She always stays within about a hundred yards of me and always keeps me in sight, as I do her.  We're a team:)) 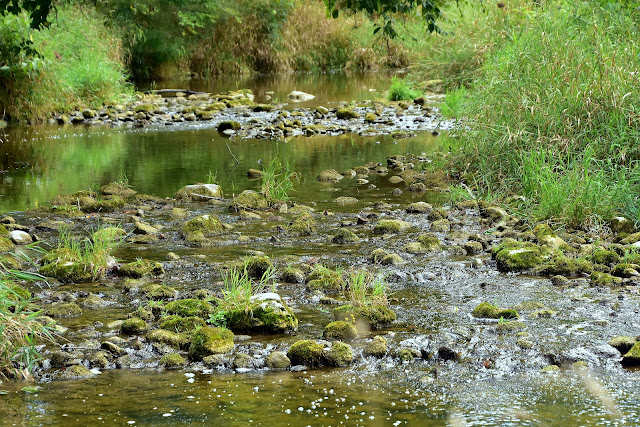 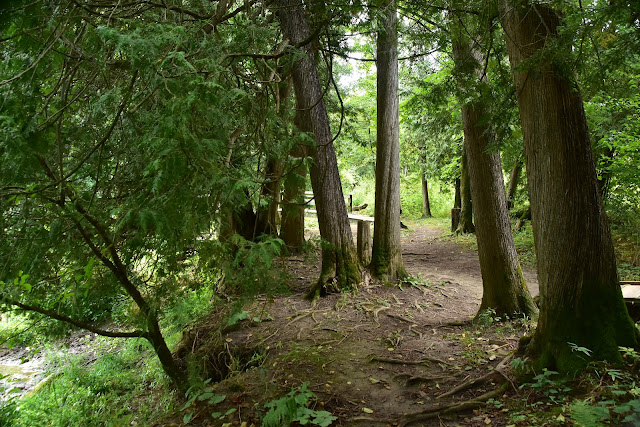 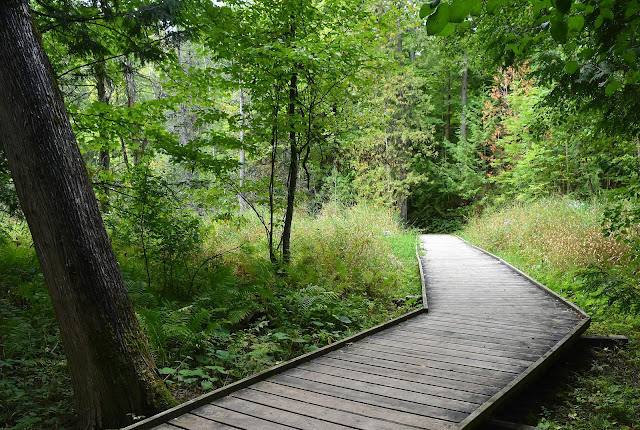 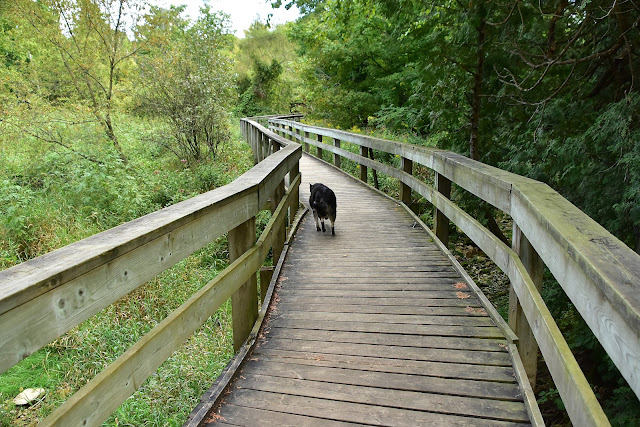 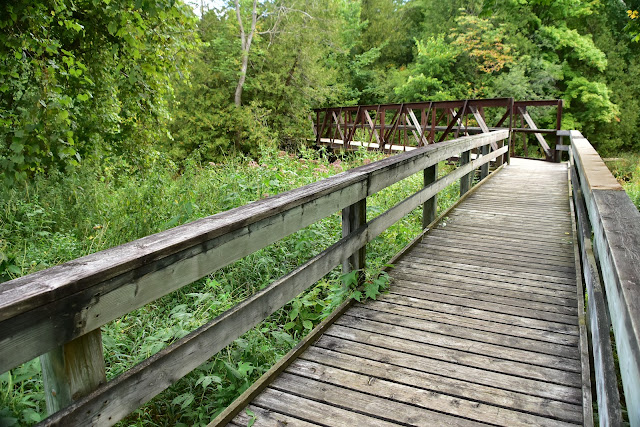 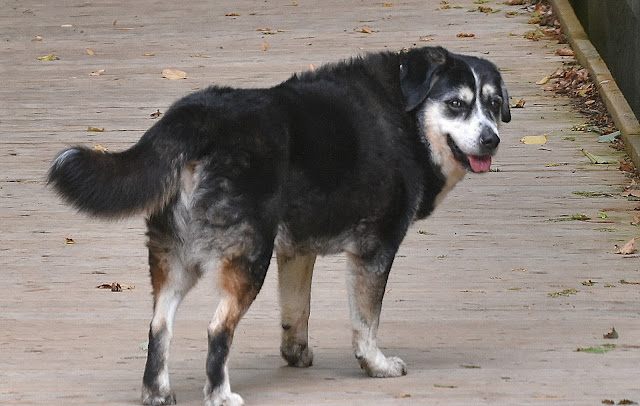 On the way back we met up with a lady walking her 12 week-old-puppy.  Pheebs and the puppy had a blast for about 30 seconds before we moved on.  Back to the car, we were home about a dozen minutes later. 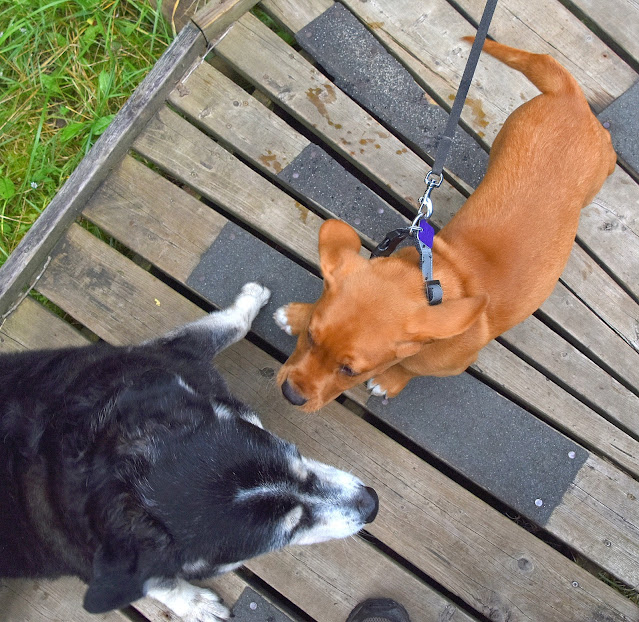 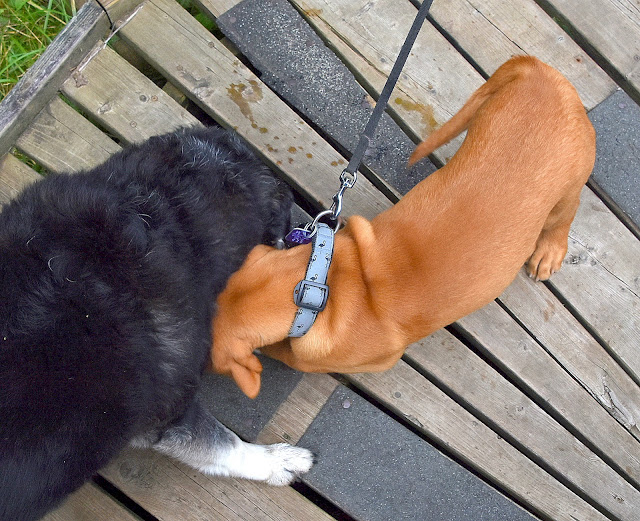 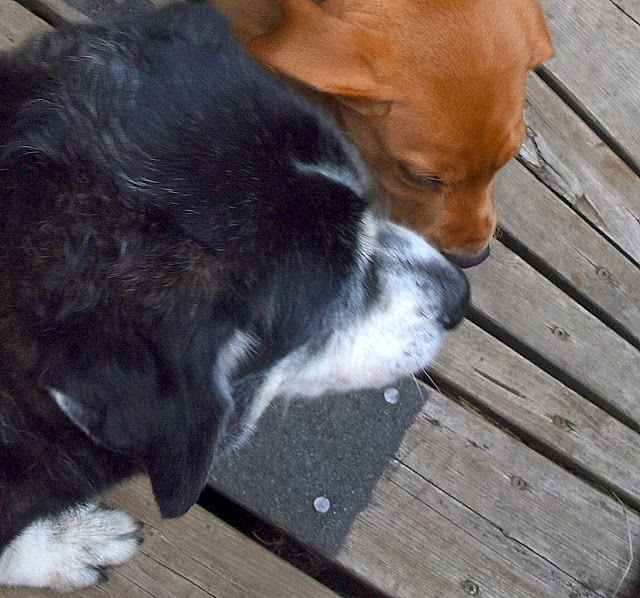 I hadn't had Scooter out for a maintenance drive for a while so I fired it up and off we went.  Pheebs, having a big snooze after her outing, didn't even hear Scooter and I slip out the driveway.  The rig ran fine as I followed our usual loop route over to Holmsville and back.  And that was about it for the day.  I was kind of needing a little snooze myself by then. 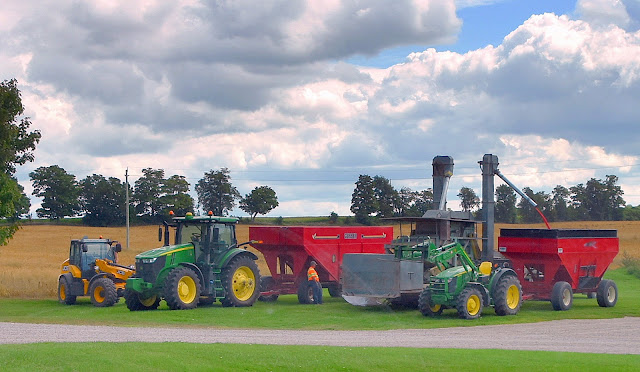 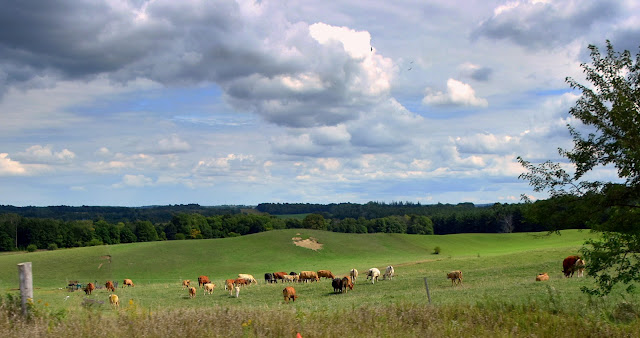 With the official start of Autumn fast approaching our nights are already remaining consistently cooler.  Early morning temps are starting out in the low to mid 50sF now.  I will soon be into my warm T-shirts and flannel long sleeve shirts until probably next May sometime and that is quite okay.  Just as I look forward to Autumn I am already looking forward to Spring.Ellen's Groove:)) In this clip, Ellen is having a blast working on her new 'slap bass' guitar exercises. 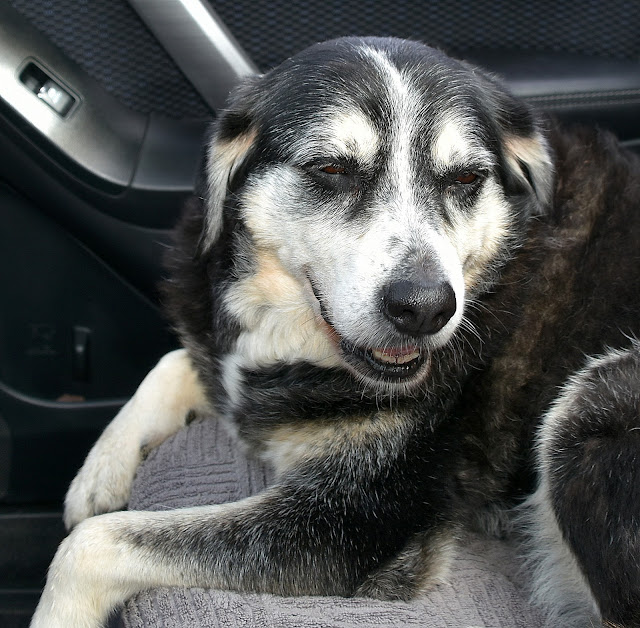 GROANER'S CORNER:((   “Today,” said the professor, “I will be lecturing about the kidneys, intestines, pancreas, and the liver.”  One med student leaned toward his friend sitting next to him, “Great, we have to sit through another organ recital.”

A Mormon acquaintance once pushed Mark Twain into an argument on the issue of polygamy. After long and tedious expositions justifying the practice, the Mormon demanded that Twain cite any passage of scripture expressly forbidding polygamy.  "Nothing easier," Twain replied. "No man can serve two masters." 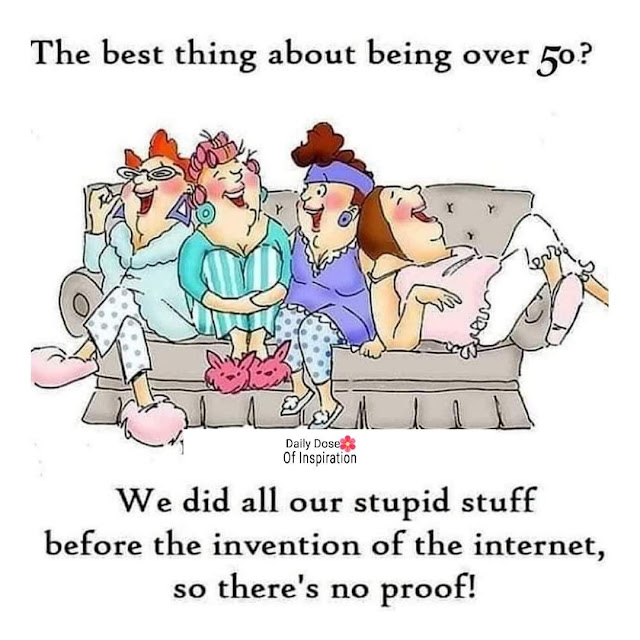 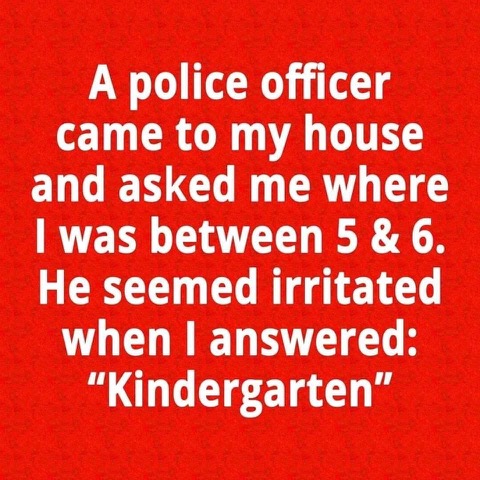