IS THERE A UFO IN ONE OF MY PHOTOS??

You can imagine my disappointment Saturday night when Pheebs and I headed out only to find a cloudy sky partially obscuring the big old Harvest Moon.  Not to be deterred, we cruised out to our country road walking spot where we pulled over and got out to try a few Moons shots through the clouds.  Between a few breaks in the thin overcast, I was able to get one clear shot at the Moon.  I also took a few photos of the Moon, Saturn, and the Subaru.  I did take a couple photos of Pheebs on the country road too.  I didn't notice anything unusual when I took the Pheebs pictures until I edited the photos this morning.  In one of the photos, there is an anomaly.  Behind Pheebs in the night sky is a narrow intermittent string of light.  The string of light is either coming from out of the sky to the ground or from the ground up into the sky.  I can't figure out what it is so technically speaking in the true sense of the words, this is a UFO for me until it can be figured out.  I can't identify it, it's in the sky so obviously, it's flying, and for sure it is some kind of an object.  If you look closely you can see it isn't a solid string of light which suggests it was a blinking light.  Aircraft typically show up like this at night in photos.  Now, here's the thing.....checking my camera data, it shows that this particular photo had a shutter speed of one second.  Depending on the distance from the camera lens that object traveled a long distance in one second.  No, there were no fire flys in the night air and it definitely does not look like any kind of camera lens flare or reflection.  So, unless someone comes up with an explanation it will remain for me an Unidentified Flying Object (UFO) or Unidentified Aerial Phenomenon (UAP)  Below, is that photo.  I welcome any explanations or theories.  That black structure on the left is my camera tripod. 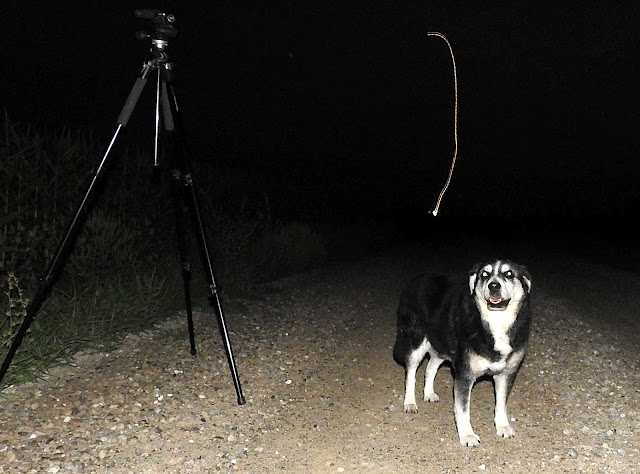 Oh, and here is a good example of my short-term memory.  Following these photos Saturday night, I loaded up Pheebs, put my two cameras on the floor of the back seat, and backed up making a U-turn whereupon we headed off in the direction from whence we had come.  Did anyone notice my mistake?  I was probably three or four hundred yards down the road before I realized I had not loaded my tripod into the car.  Another U-turn and back we went for it.   And yes, there it was standing stoically on the road right where I had left it.  The most amazing thing about this memory incident though is that I even remembered my tripod in the first place.  Normally, I might not have even missed it for several days, if not longer:((  GROANER'S CORNER:((  One day, three unemployed factory workers heard that a large food company was enlarging and needed more staff. So they went downtown to see if they could get themselves a job.  After filling out their applications, each one was interviewed and each one managed to get hired. As they were waiting to be assigned their new duties, a foreman came by and spoke to the hiring boss.  The foreman told the boss that he didn't think it was such a good idea as one of the workers had snapped for no apparent reason at his last job.  Also, a second was said to have cracked up after severe mental stress.  The third, he believed was their father who he felt was a bit odd but he couldn't put his finger on it.  The hiring boss reassured the foreman and said that they would start on something easy and after a week, the company would re-assess them to see if they would be kept on.  The foreman reluctantly agreed and asked the boss where he thought they should start.  The boss replied, "Why not take them and put them in our Cereal Division...Snap, Crackle, and Pop should work out fine down there."

After Friday prayers a preacher announced to the people: "I have good news and bad news. The good news is, that we have enough money to pay for our new building program. The bad news is, the money is still out there in your pockets." 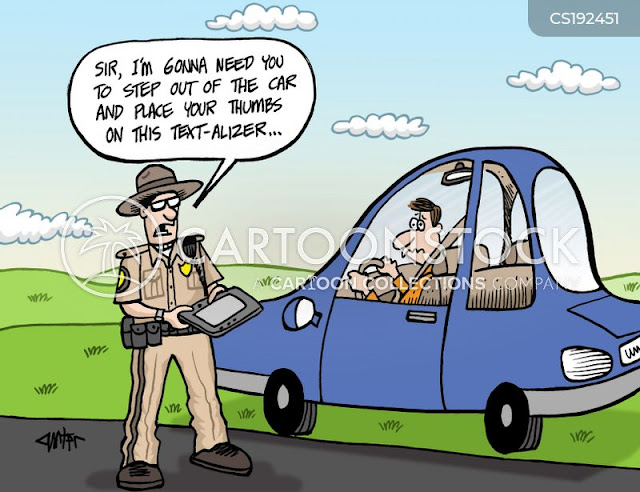