HOLY SMOKES WHERE DID ALL MY HAIR GO

Arriving at our walking spot this morning I was surprised to see the farmer on the east side of the road has begun harvesting his corn already.  I noticed some corn cobs on the ground the combine had missed.  Walking further I saw more cobs, some of which had been run over.  I quickly began gathering up the cobs and ended up with a couple dozen.  I also gather up spilled corn every year in the Fall to feed the Squirrels and birds through the winter.  It's important I feed those pesky Squirrels so that they can continue to annoy the bejeebers out of me all winter long by attempting to constantly climb onto the bird feeders. 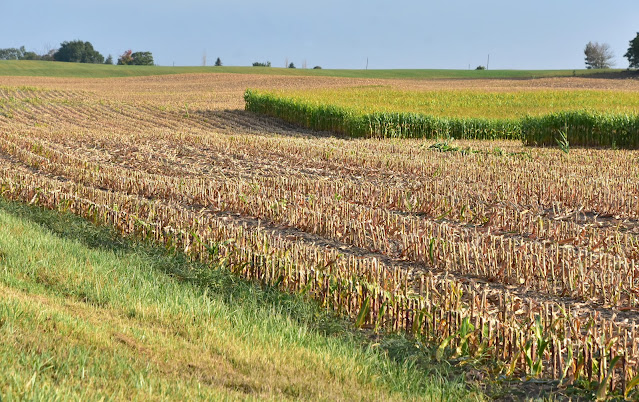 With skies darkening over Lake Huron we took a short swing around a few country roads before heading home.

There were severe storm warnings afoot and our live radar already showed a nasty bit of weather halfway across the lake headed our way from Michigan.  Skies became so dark that all of our outside lights came on.  Luckily, as it turned out, the brunt of the storm went south of our area leaving us with rain but no wind. 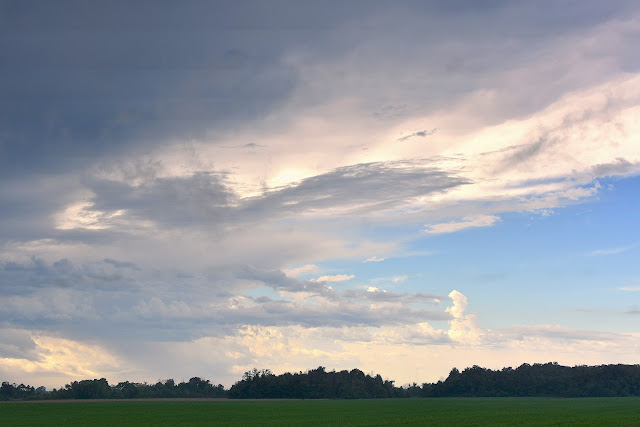 Other than a haircut this afternoon at First Choice Haircutters in Goderich, that's about it for another day.

GROANER'S CORNER:((  One day while he was at the track playing the ponies Mitch noticed a priest who stepped onto the track and blessed the forehead of one horse lining up for the 4th race.  Lo and behold, that horse--a very long shot--won the race.  Before the next race, as the horses began lining up, Mitch watched with interest as the old priest stepped onto the track again. Sure enough, as the 5th race horses came to the starting gate, the priest made a blessing on the forehead of one horse.  Mitch made a beeline for a betting window and placed a small bet on the horse. Again, even though it was another long shot, the horse the priest had blessed won the race.  Mitch collected his winnings and anxiously waited to see which horse the priest would bless for the 6th race. The priest again blessed a horse.  Mitch bet big on it, and it won. Mitch was elated. As the races continued, the priest kept blessing long-shot horses, and each one ended up coming in first.  By and by, Mitch was pulling in some serious money. By the last race, he knew his wildest dreams were going to come true. He made a quick dash to the ATM, withdrew all his savings, and waited for the priest's blessing to tell him which horse to bet on.  True to his habit, the priest stepped onto the track for the last race and blessed the forehead of an old nag that was the longest shot of the day. Mitch also observed the priest blessing the eyes, ears, and hooves of the old nag.  Mitch knew he had a winner and bet every cent he owned on the old nag.  He then watched, dumbfounded, as the old nag come in dead last. Mitch, in a state of shock, made his way down to the track area where the priest was.  Confronting the old priest he demanded, “Father! What happened? All day long, you blessed horses and they all won. Then, in the last race, the horse you blessed lost by a Kentucky mile. Now, thanks to you, I've lost every cent of my savings--all of it!”The priest nodded wisely and, with sympathy, said, “Son, that's the problem with you Protestants. You can't tell the difference between a simple blessing and last rites.” 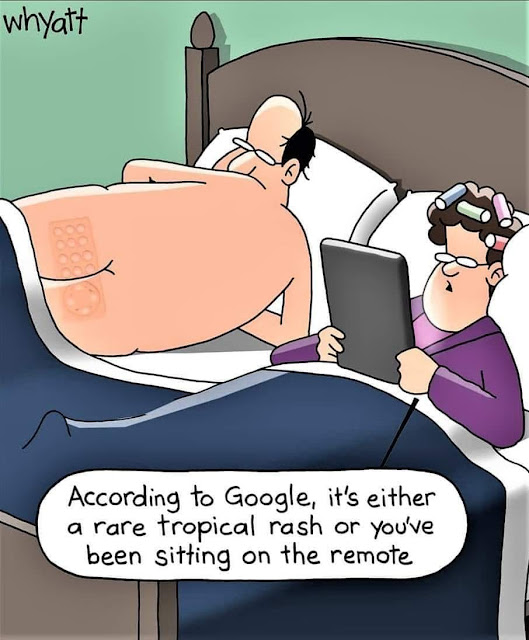 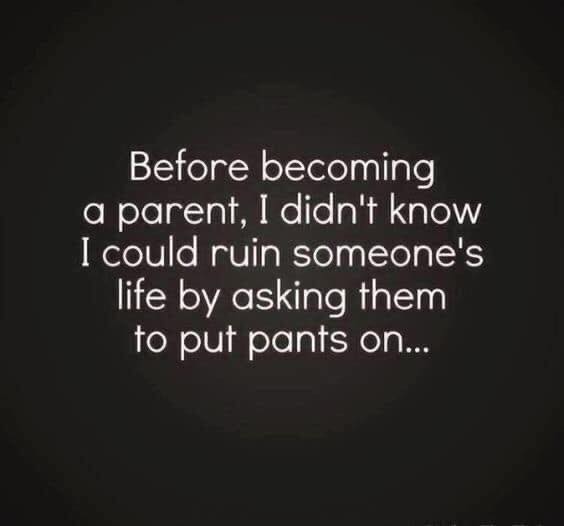