WE HOPE THAT WAS THE CASE AND IT'S NOTHING MORE SERIOUS

With much cooler overnight air under clear starry night skies, we have a heavy dew on the ground each morning.  Walking on grass makes for wet shoes.  Roadside ditches were laden with heavy moisture so I took a few photos on our walk earlier today being careful to remain on the road to keep my feet dry.  Soggy doggy paws were another matter. 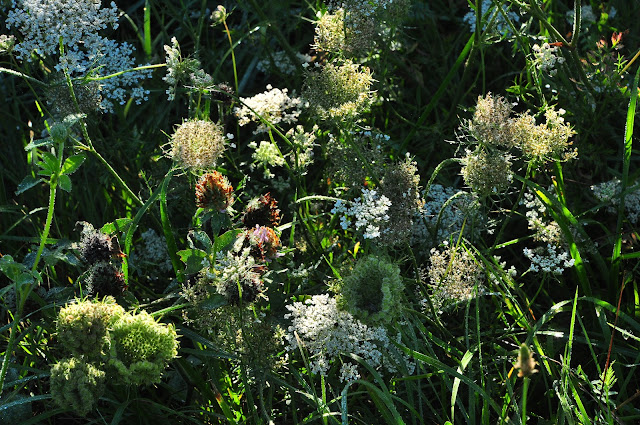 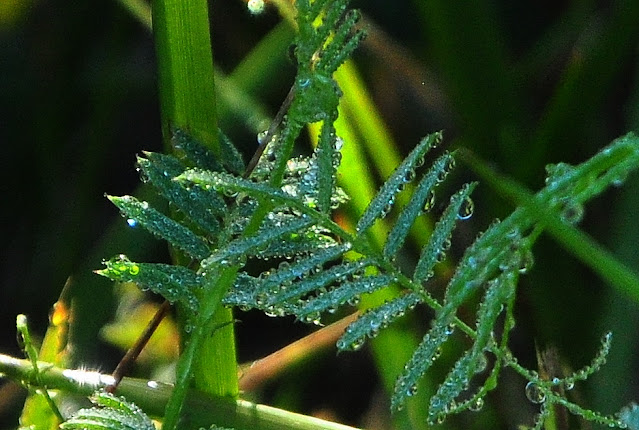 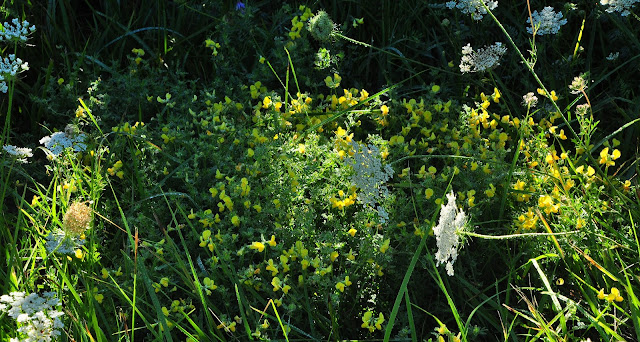 Not much going on again today.  Kelly headed off to Goderich for a medical appointment.  Phoned my good buddy Richard up there in that faraway Wawa place.  We had us a wee chat while he was on his way into that Wawa town.  Aside from whacking a few weeds later this morning I really didn't do too much.  Of course, that seems to be par for the course these days.  Maybe I've slipped into some kind of a Seniors rut or something.  Oh no, tell me it isn't so.  I'm way too young for all this Senior stuff!!  Well, some days I think I am........... 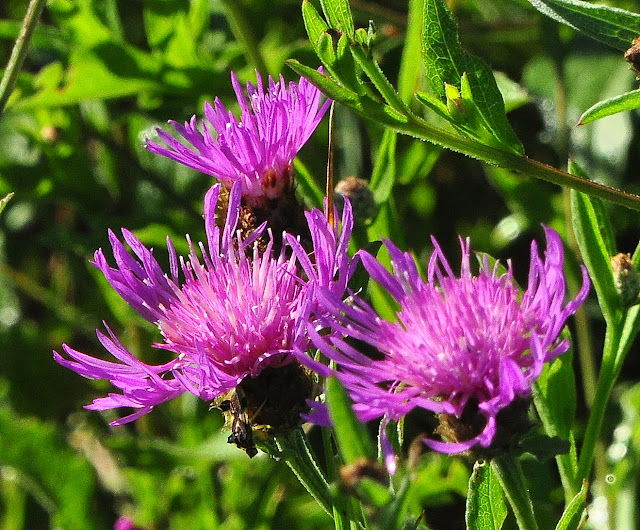 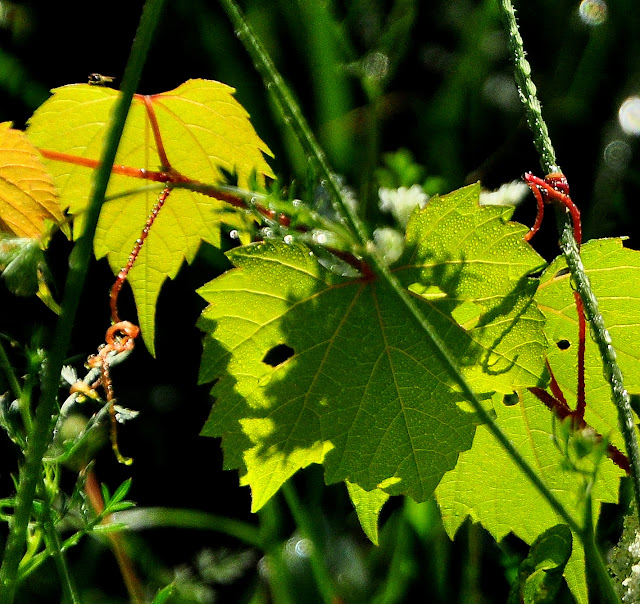 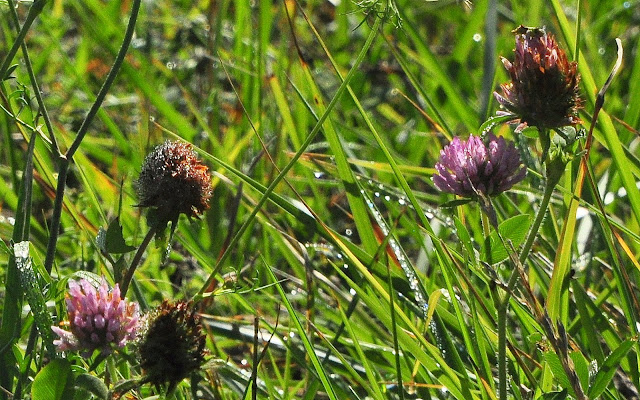 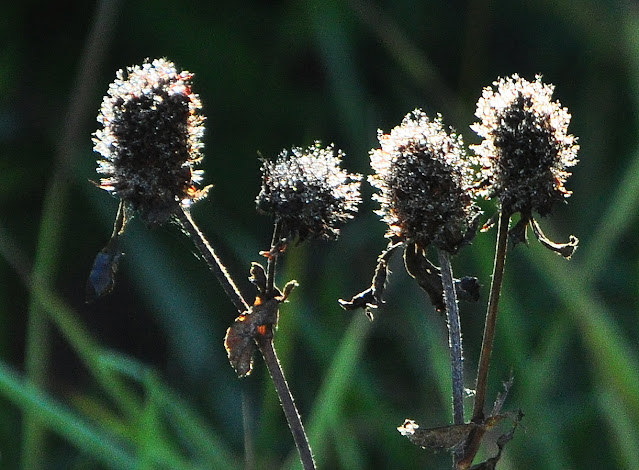 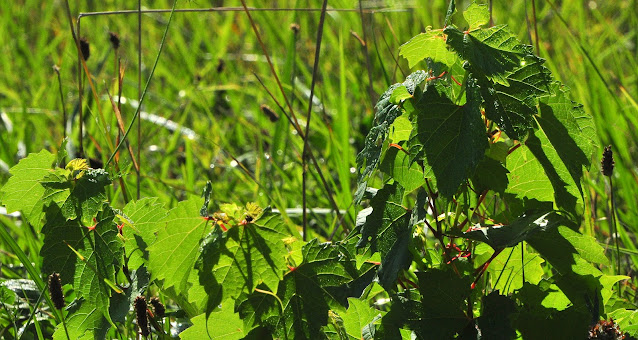 Heading out for an afternoon walk, Pheebs and I didn't get too far.  I noticed about a minute after leaving the house she was limping and favoring her hind driver's side leg.  We turned right around and came back.  Checking her paw and leg we couldn't determine what it was that was bothering her.  If we had been in the southwest we would have known it to likely be a cactus thorn.  She licked her paw a lot and didn't move too far for the next few hours.  We decided to wait and see if there was any change.  And there was.  After supper, her paw and leg were perfectly fine.  We think that just after Pheebs and I left the house this afternoon she probably stepped on a bee and it stung her.  We hope that was the case and nothing more serious.

GROANER'S CORNER:(( The boss called one of his employees into the office.  "Rob," he said, "you've been with the company for a year. You started off in the post room, one week later you were promoted to a sales position, and one month after that you were promoted to district manager of the sales department. Just four short months later, you were promoted to vice-chairman. Now it's time for me to retire, and I want you to take over the company. What do you say to that?"  "Thanks," said the employee.  "Thanks?" the boss replied. "Is that all you can say?"  "I suppose not," the employee said. "Thanks, Dad." 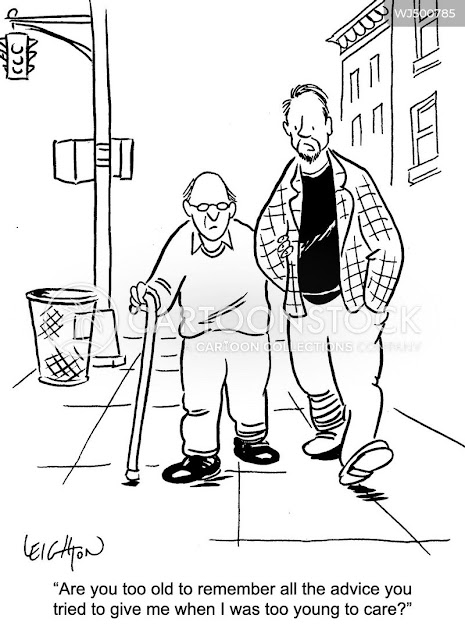 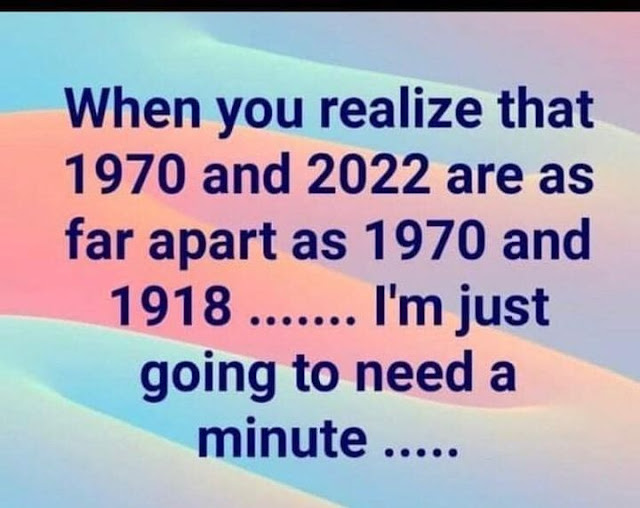