I AM SENSING EARLY AUTUMN IN THE AIR 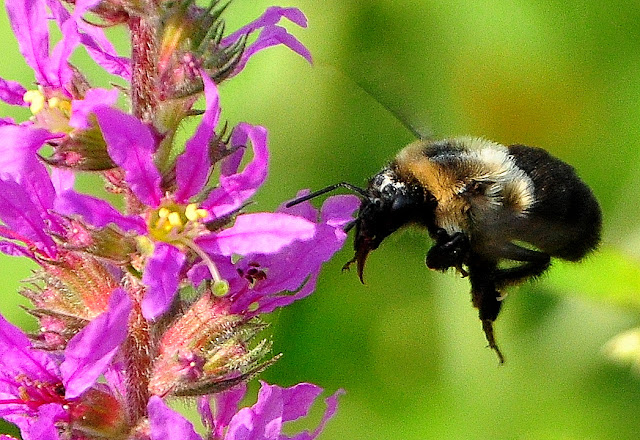 It was this early morning's cooler air that perked me up and inspired Pheebs and I to head ourselves over to the Hullett Marsh.  It is always peaceful there as Mother Nature gently opens her arms and welcomes anyone in to slowly wander along her pathways or paddle her waterways and enjoy all her natural wonders. 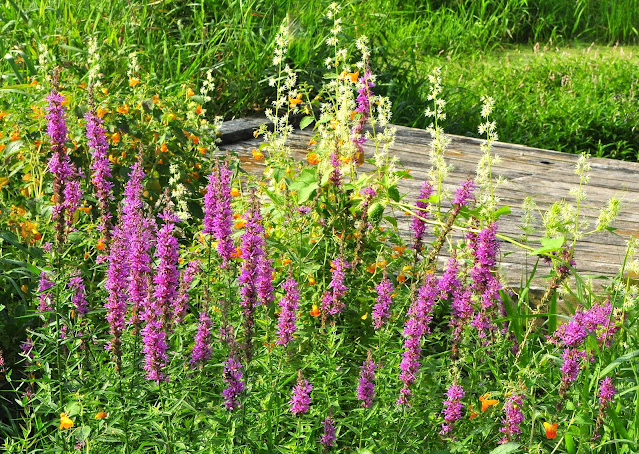 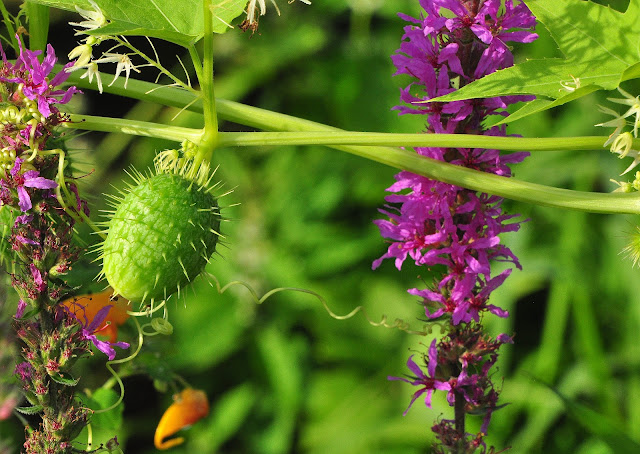 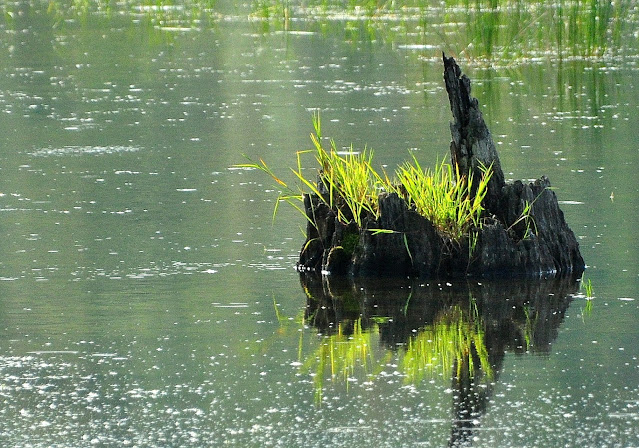 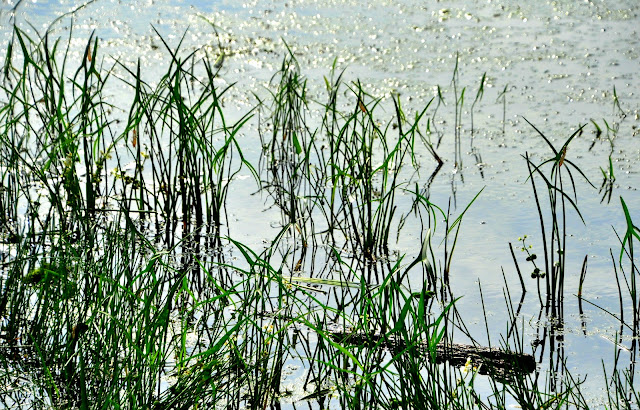 I could definitely sense early Autumn in the air.  In Spring the Hullett Marsh is actively alive with many exciting sounds in the air.  It's a busy time for wildlife and birds with both flora and fauna eagerly springing to life.  This morning I was aware of the quietness that has settled over the Marsh.  The only sound I heard was the raspy dinosaur gretching of a lone Blue Heron somewhere far off in the tall reeds across one of the large ponds.  In the Marsh those ponds have names like Whistler Pool, Pintail Pool, Mallard Pool, Bluebill Pool, Butterball Pool, and Bluewing Pool,  I definitely felt I was in the right place this morning and made a mental note to myself that I must try harder to break this morning routine slump I have stumbled into these past bunch of months and get myself back out into these nature areas where I always feel at my best.  Pheebs too:))Kelly's doing okay these days and feeling a touch better now that she has her many meds figured out.  Her auto-immune liver disease has kind of backed off for the moment which is probably the result of those medications.  She is doing much better than she was four or five months ago when she was hospitalized and had to undergo those blood transfusions, etc. 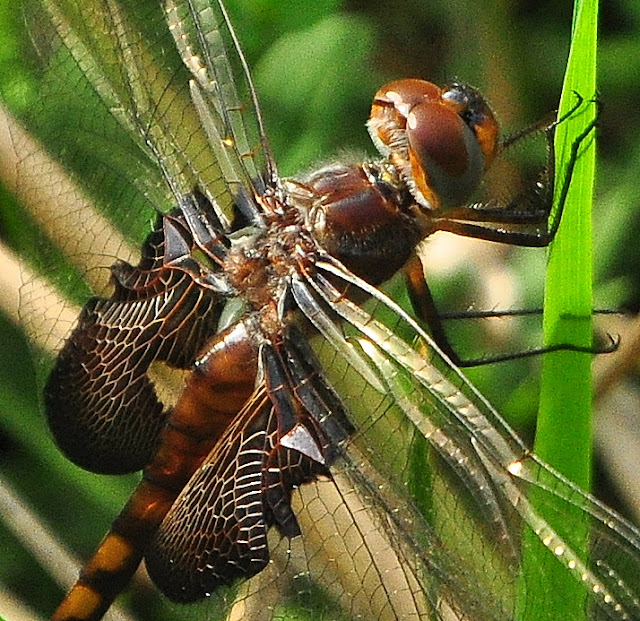 Pheebs will be turning 13 soon and she is doing well also since those problems she had getting into and out of the Jeep back in the Spring.  The Subaru is slightly lower than the Jeep so when we get it I'm thinking she will find it easier to get into and out of. 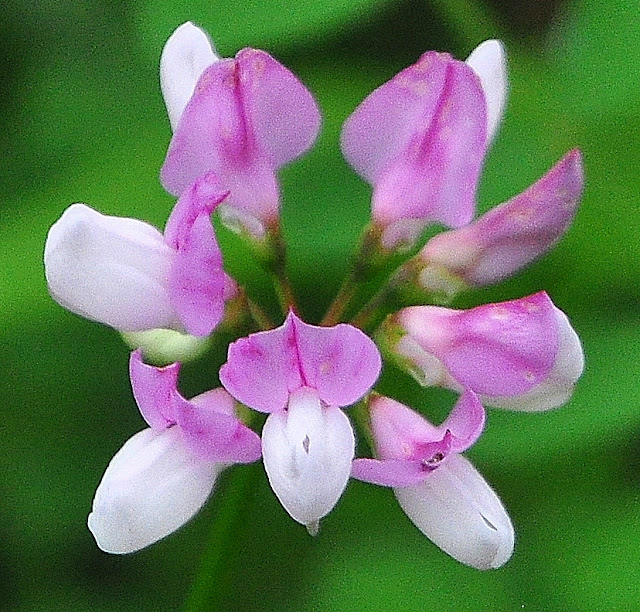 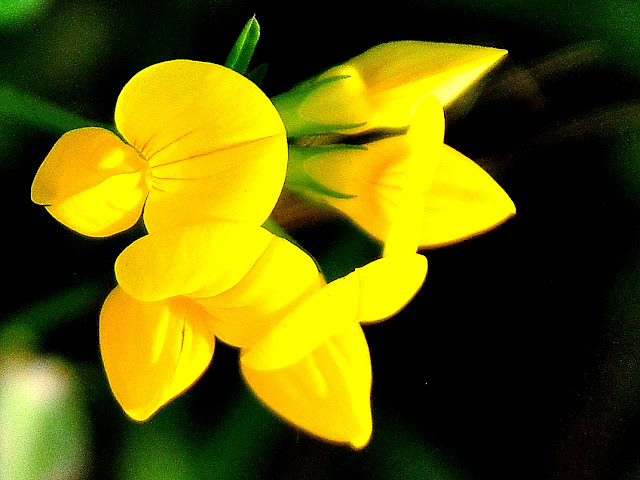 Improvements continue here at our Park with the new owner working hard at cleaning things up and bringing the Park up to par from where it was.  However, there is a bit of a sticky problem going on because the old owner still lives here and is causing problems for the new owner.  We all have our fingers tightly crossed that this problem will be resolved soon. 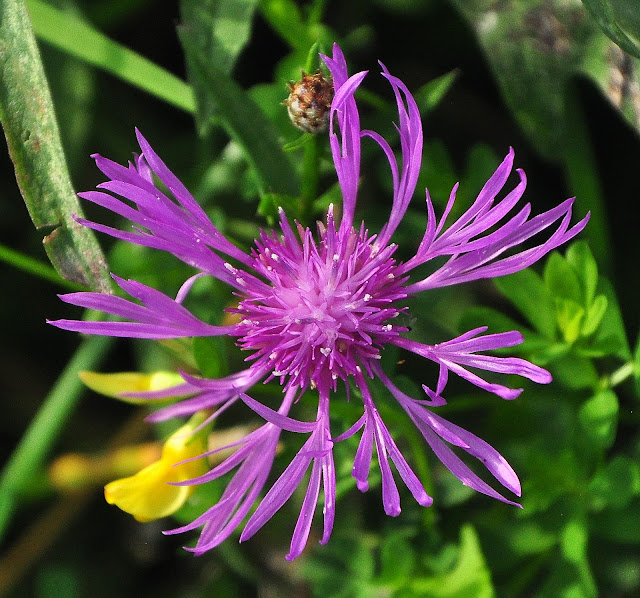 One of the reasons we do not want to be in a big hurry to get rid of our Jeep Liberty just yet is that it has a tow plate on it and that tow plate allows it to be towed behind our RV.  We both know our chances are slim of ever getting across the border to travel in the south again for the winters but we are 'clinging' to that slight chance just in case. (and at this age slight chances count)  Those tow plates are very expensive to have installed on a vehicle and I'm pretty sure the Subaru Forester is not towable with all four wheels down.  If we went south for a month or two we would either not tow anything or tow the Jeep despite its few current problems.I have plowed through a couple more books in these past few weeks.  First, What It's Really Like: Flying the Alaska Bush by Mort Mason.  It never ceases to amaze me what these Alaskan bush pilots put themselves through.  This is another book of harrowing tales made even more interesting by the author not shying away from admitting to crazy mistakes, dumb things, and a few poor decisions he has made.  I also just finished Life After Life by Dr. Raymond A Moody.  This is another mind-stretching and eye-opening book that deals with near-death experiences. (NDE)  At my age now I find these topics fascinating and this fellow explains things very well from different perspectives including scientific and religious viewpoints.  If you are on the fence like I was and wondering about this sort of thing I suggest you read this book and at least educate and bring yourself up to speed with what is known and what is still unknown about this controversial and not often talked about subject.  Personally, I was encouraged by what I read. 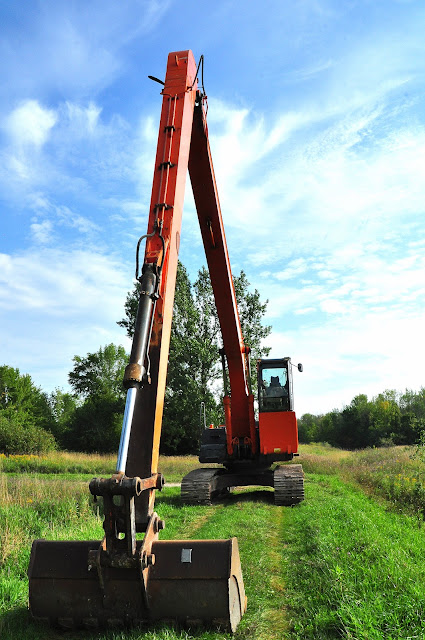 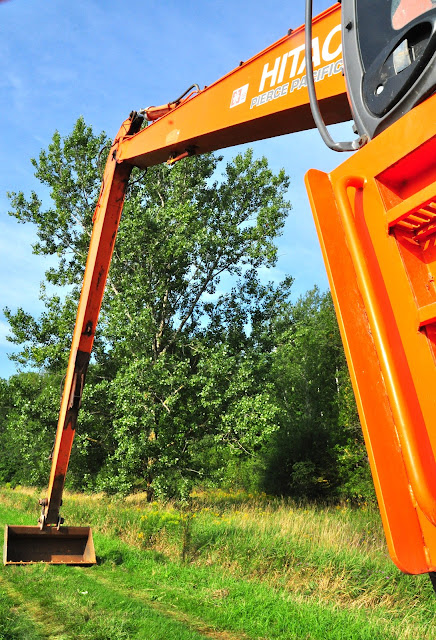 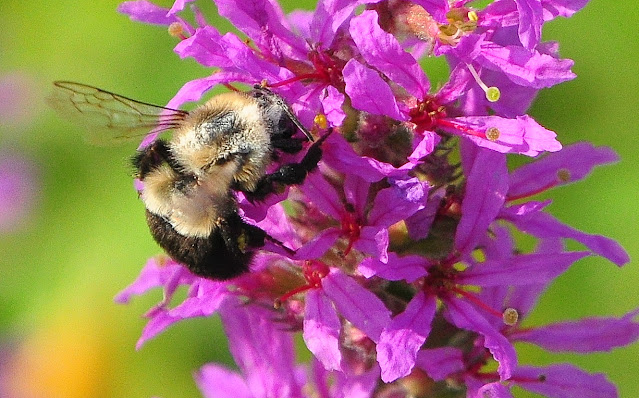 GROANER'S CORNER:((   An Anagram, as you know, is a word or phrase made by transposing or rearranging the letters of another word or phrase. The following are exceptionally clever.- Dormitory:   Dirty Room- Evangelist:   Evil's Agent- Desperation:   A Rope Ends It- The Morse Code:   Here Come Dots- Slot Machines:   Cash Lost in 'em- Animosity:   Is No Amity- Mother-in-law:   Woman Hitler- Snooze Alarms:   Alas! No More Z's- Alec Guinness:   Genuine Class- Semolina:   Is No Meal- The Public Art Galleries:   Large Picture Halls, I Bet- A Decimal Point:   I'm a Dot in Place- The Earthquakes:   That Queer Shake- Eleven plus two:   Twelve plus one- Contradiction:   Accord not in it

There's a Labrador by my front door shouting 'Buy!' and 'Sell!' into a mobile phone...I'm getting mighty sick of dogs doing their business outside my house. 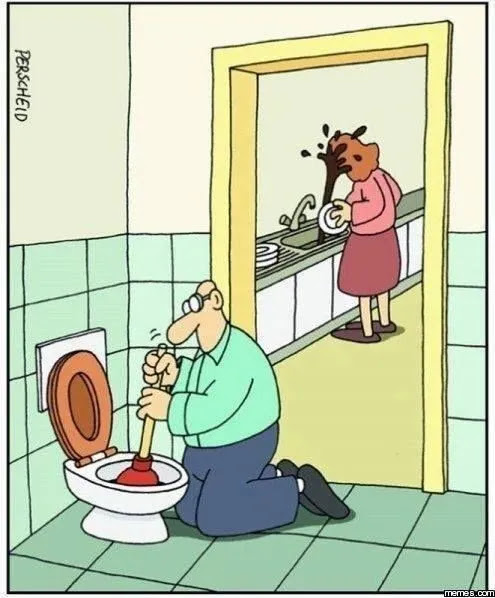 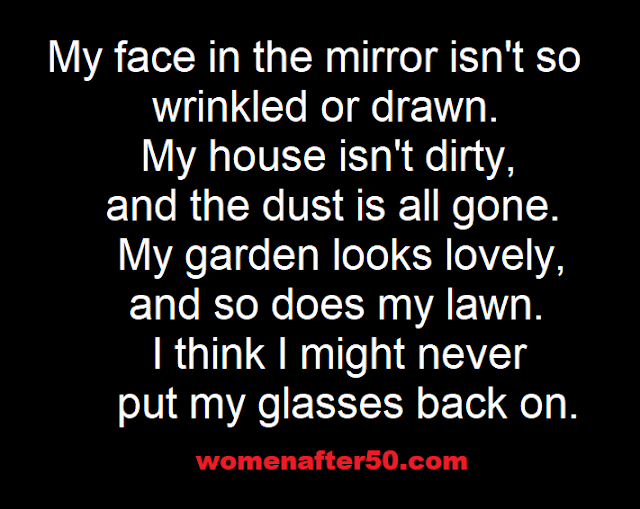