HI-HO HI-HO IT'S OFF TO LONDON WE GO 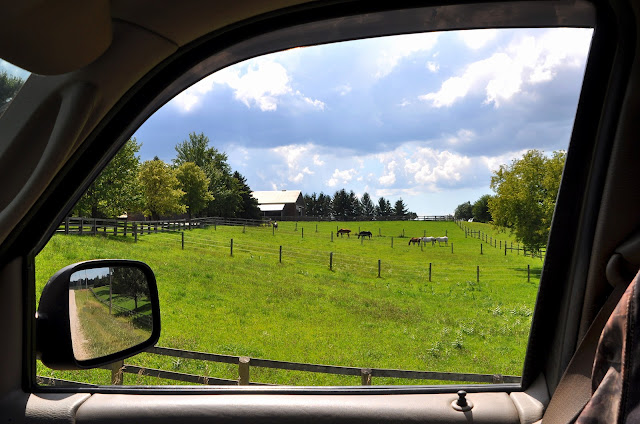 A foggy start to our day but it wasn't long before the sun burnt it off.  On our walk around 9 a.m. I could already feel the heat and humidity building for the day.  Despite that, after getting home, I was able to do a little more tree trimming out along our front road. 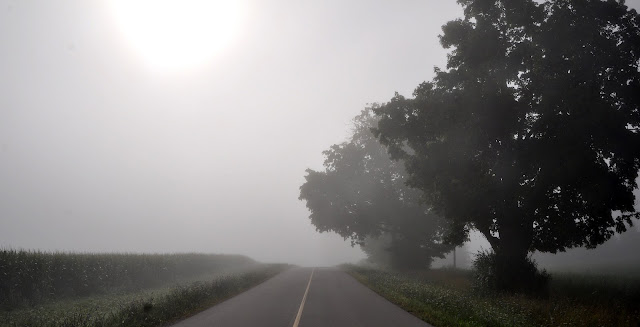 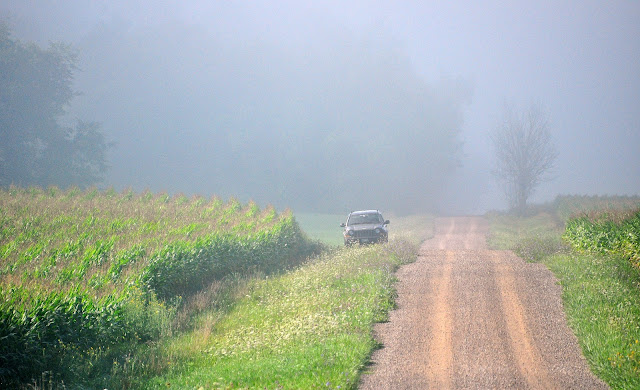 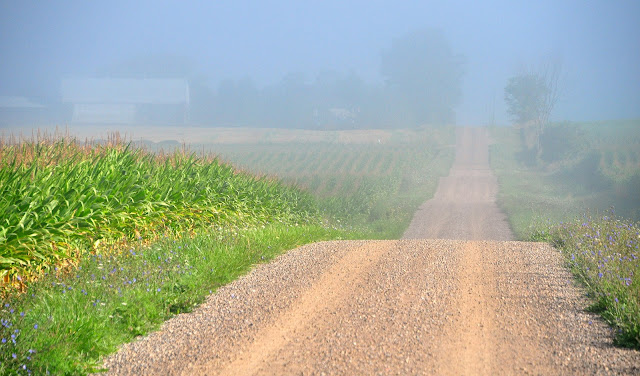 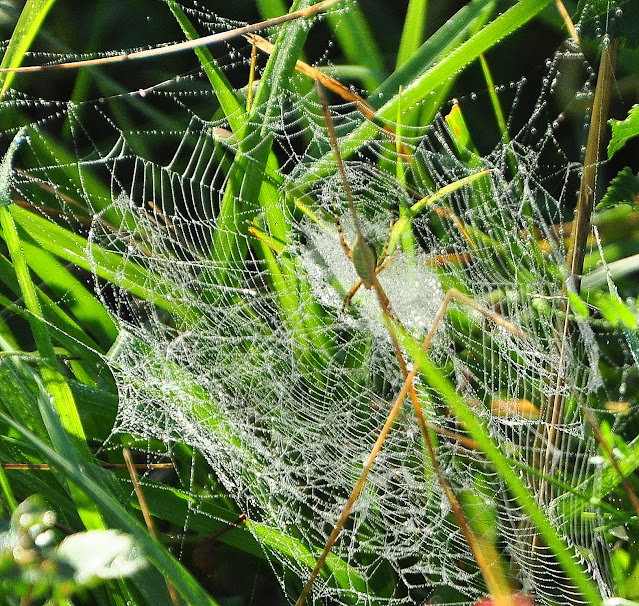 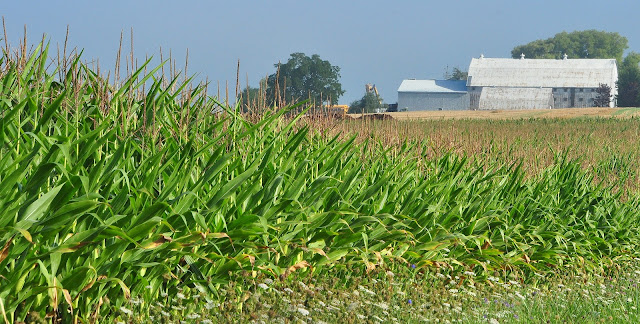 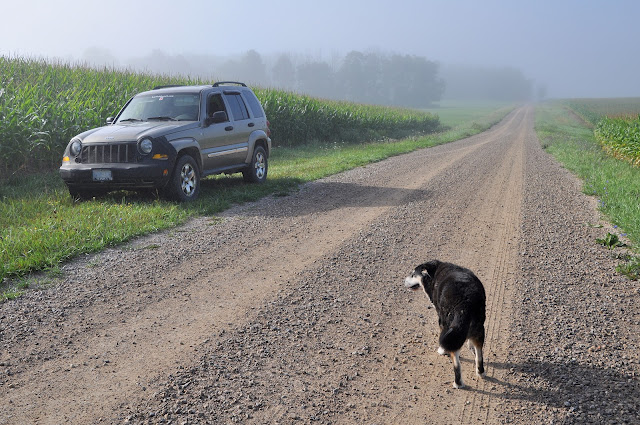 It was 2 p.m. when all three of us piled into the Jeep and headed out the driveway for London's University Hospital.  Kelly had an appointment with her liver doctor at 3:30.  Ninety percent of our drive to London is through Huron County's scenic countryside with only about ten percent in the city itself.  Bayfield is northwest of London and luckily, the hospital is at the northern edge of the city so we only have about six traffic lights in London to plow through to get there.  And London traffic is never really a problem.After dropping Kelly off at 3:10 Pheebs and I followed our usual route out of London and dusted up a few country roads looking for a few photos.  We didn't go as far as we usually do before angling back towards London stopping at the Arva church cemetery.  Had us a short walk and 20 minutes later my cell phone rang and it was Kelly ready to go. 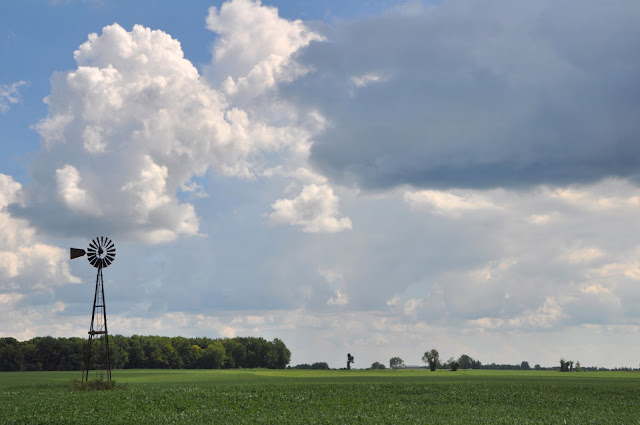 We were almost at the hospital minutes later when Kelly called again saying she was going to pick up a prescription at the hospital's pharmacy.  That turned into a 30-minute wait at the crowded hospital entrance so we didn't get on our way until nearly 5:15.  A quick stop at Swiss Chalet for take-out and we were on our way out into the countryside headed for 'The Bayfield Pines':)) 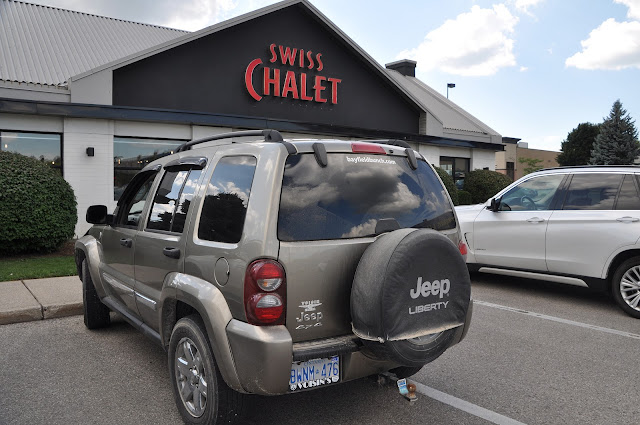 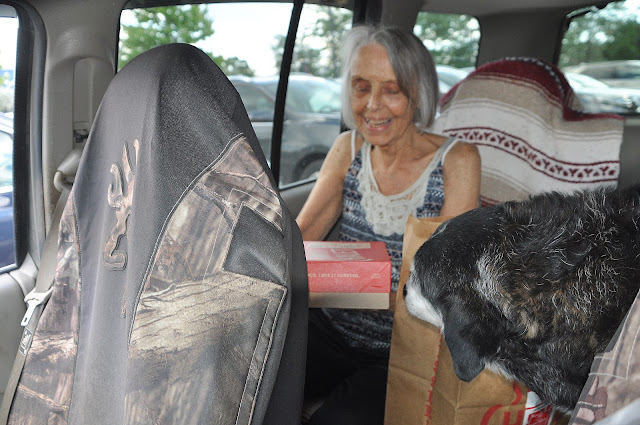 Nice late afternoon drive all the way back, rolling into our driveway around 6:30.  Always good to be home:))

- I gave up my seat to a blind person on the bus.  And that’s how I lost my job as a bus driver.

- Why was the little moron fired from the M&M factory?  He kept throwing away the W's!

A drunk was walking down the sidewalk with a limp. A man coming in the opposite direction noticed that he only had one shoe on. The man said to the drunk, "hey buddy, what's the matter, lose a shoe"? The drunk replied, "Nah, found one". 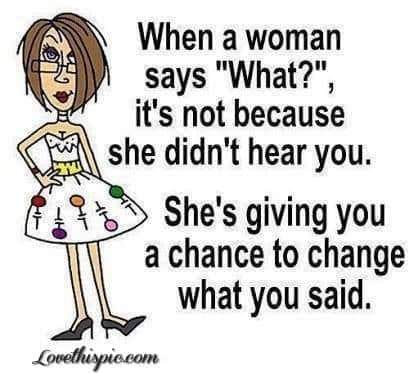 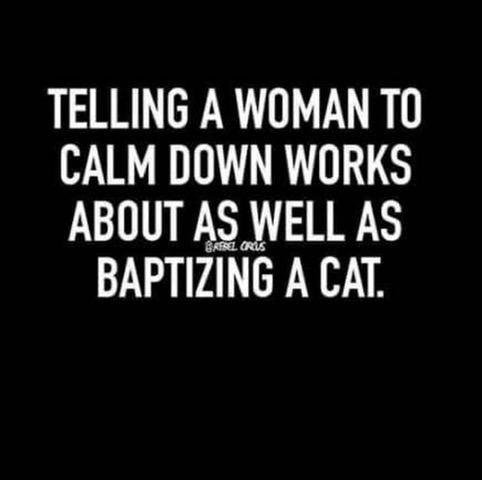