WHY DID WE HAVE ANOTHER FEDEX TRUCK IN OUR DRIVEWAY TODAY?? 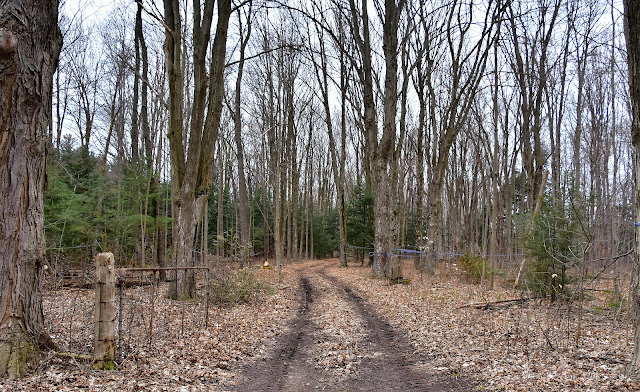 Just me in the Jeep as I slipped over to Richard's place for a morning coffee.  We had us our usual great in-depth Seniors bewildered confudlement chat for a few hours and we will be doing it all over again Sunday morning.  Sooner or later we are determined to get this Planet back on track!! 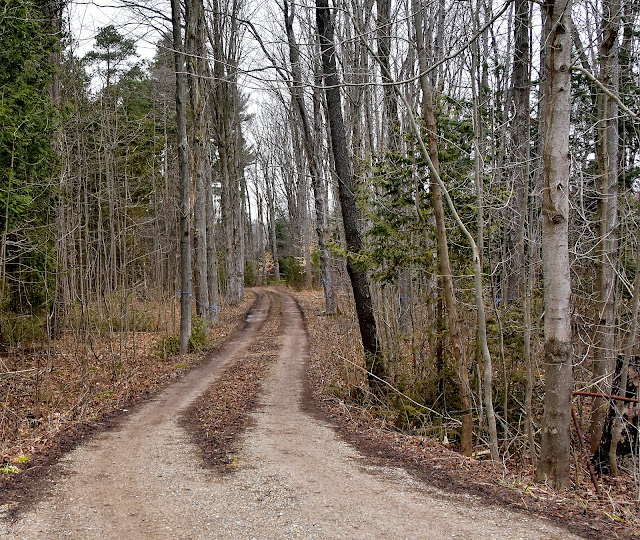 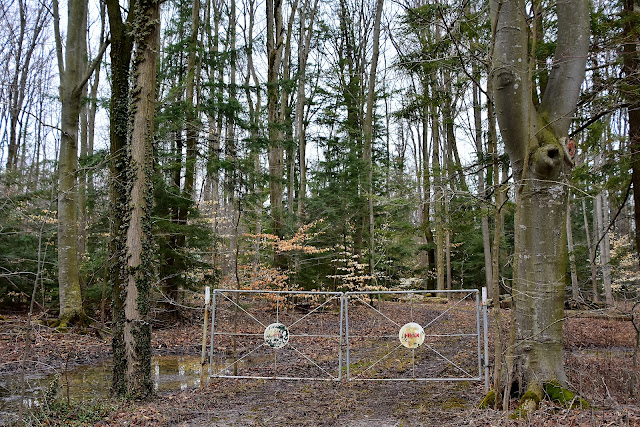 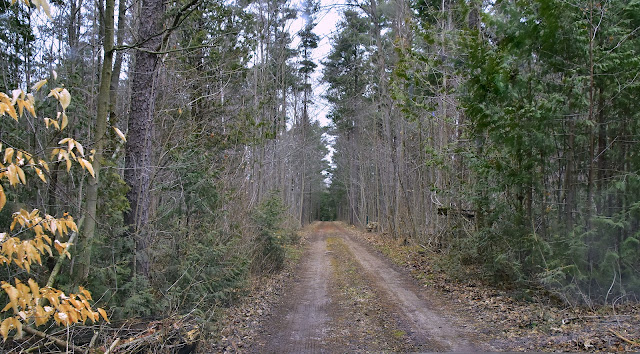 Not much in the way of photos today but I did manage a few rural roadside drive-by forest lane shots on the way to Richard's place. 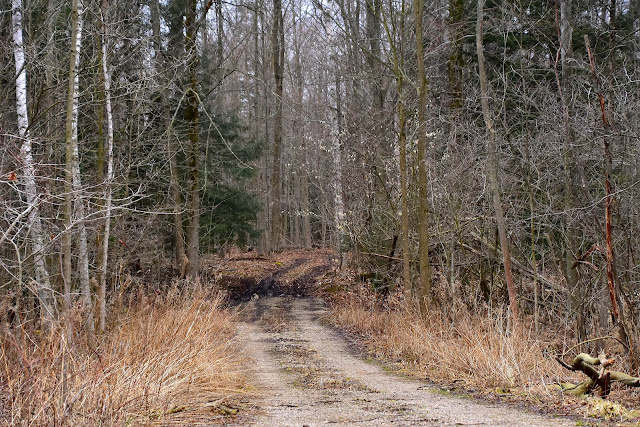 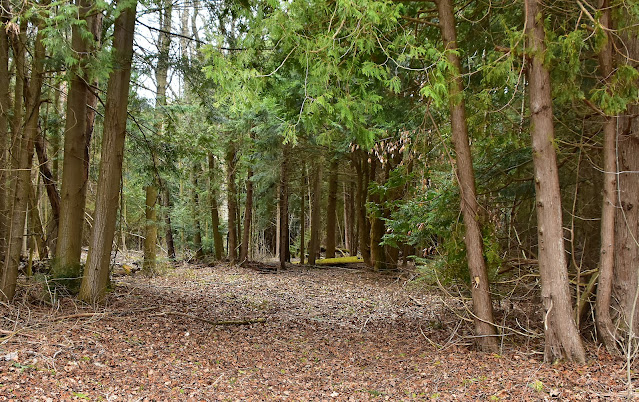 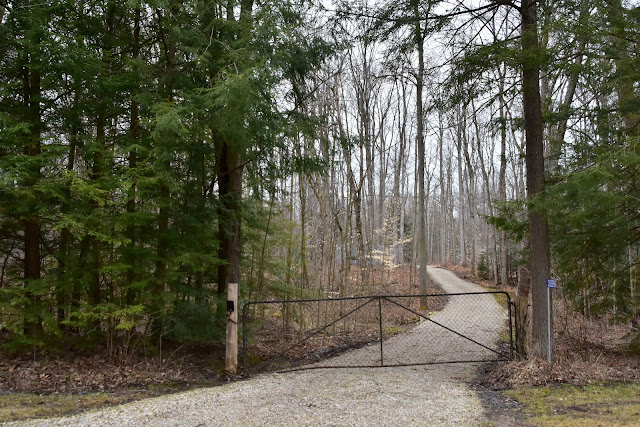 Under sunny skies and a cool breeze, I raked a lot of pine needles and leaves again today.  With all the shade here, moss in the grass is a problem also so I also busied myself with a garden rake removing clumps of it.  I am also still trying to decide what to do with our frog pond.  The water level is even lower now which tells me the plastic liner has sprung another leak somewhere.  That liner has been there in the ground since I first dug the pond 18 years ago.

We couldn't figure out why a FedEx truck was backing into our driveway this afternoon.  The driver opened the side door and handed Kelly a medium-sized box, but we hadn't ordered anything.  However, I had a sneaking suspicion of what was in that box,.  Okay, long story short here......We originally decided on and ordered a Lenovo laptop nearly a month ago.  The Microsoft Store site said that particular Lenovo was in stock.  In reality, it was not in stock, so there began a back-and-forth and round-about with the Microsoft Store and FedEx to find out where the computer was.  The Microsoft store said it was shipped and FedEx said they had no record of it.  We waited and waited for the non-existing computer until finally the Microsoft Store realized there 'out of stock error' and refunded our money.  It was then that Kelly decided to try again only this time she decided on an Asus laptop she had read about.  That transaction with the Microsoft Store in Mississauga Ontario went fine and it's the new Asus I'm typing on at the moment.  So what was on the FedEx truck today??  Yep, you guessed right.  It was the brand spanking new non-existent Lenovo.  'Hot Dog' we now had two new laptops. But of course, we never even opened the Lenovo box simply because the right thing to do was to inform the Microsoft Store of the mistake at their end and make arrangements to return the Lenovo laptop.  Trying to get through to them by phone of course is an ordeal so Kelly dashed them off an email this afternoon and we now await their instructions on how they want their 'out-of-stock' Lenovo laptop computer returned.

Not wanting to jinx myself but I think we have very likely seen the last of the snow.  Temps look sorta reasonable over the next 14 days.  Nothing special, just reasonable. 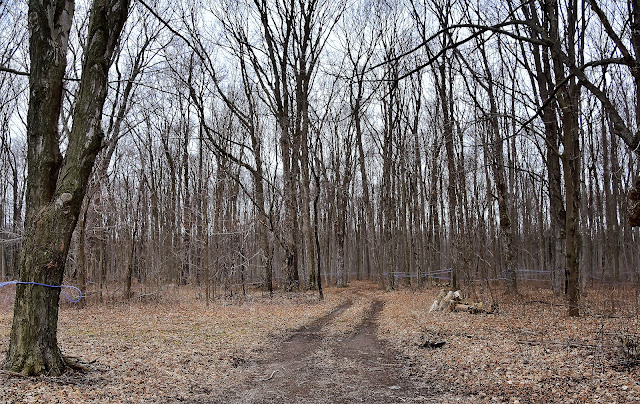 GROANER'S CORNER:((  A woman goes into the local newspaper office to see that the obituary for her recently deceased husband is written. The obit. editor informs her that the fee for the obituary is 50 cents a word. She pauses, reflects, and then says, Well then, let it read "Fred Brown died."  Amused at the woman's thrift, the editor tells her that there is a 7 word minimum for all obituaries. Only a little flustered, she thinks thing over and in a few seconds says, In that case, let it read, "Fred Brown died: 1983 Pickup for sale."

When a small village decided to buy a new fire truck, the town council met to decide what to do with the old one.  Randall, an older man, stood up. "Ah think we should keep the old truck," he said. "We can use it for all them there false alarms!" 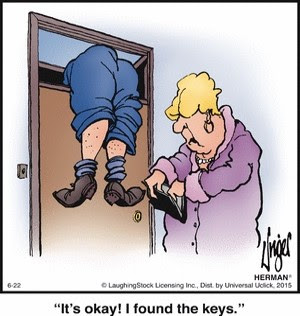 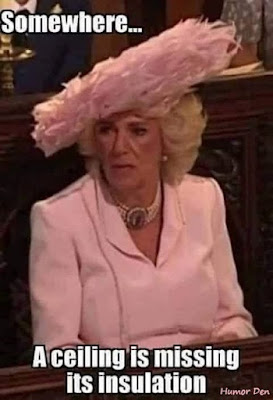