THE ONLY SENSIBLE SOLUTION I SEE IS TO SIMPLY QUIT EATING

Another dusting of snow overnight with a few patches of dappled sunlight on a crisp Spring morning.  Temps were not up to a comfortable level for walking so it was a Jeep ride to Goderich and back for Pheebs and I.  Picked up a total of 10 food items at Walmart's supermarket and the bill came to $89.54 plus tax.  The soaring prices of everything are staggering.  The only sensible solution I see is to simply quit eating altogether.  These are absolutely mind-challenging times!! 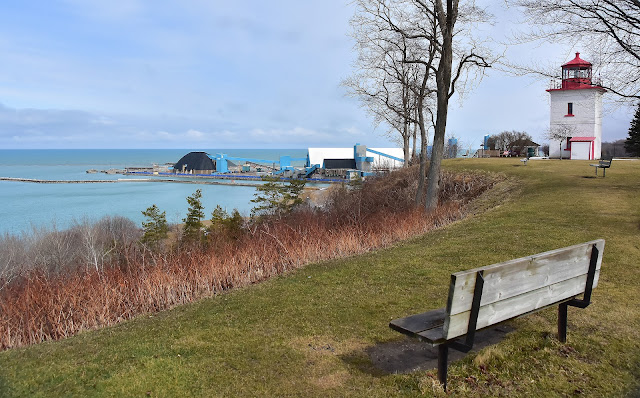 With the thermometer barely above freezing, I didn't even attempt to drag myself outside.  Thank heavens I have a reading hobby.  I think it was this hobby that went a long way in pulling me through the winter.  Just finished reading 'A Great New Dawn For Humanity' by Enrique Castillo Rincon.  Another mind-bender from 'outside the box'.  Am currently reading Flying Low by B.K. Bryans.  This is the memoir of a young U.S. Navy fighter/attack pilot from 1956 to 1980. (What it was like to fly jets off aircraft carriers in the days before smart bombs, GPS, and automated carrier landing systems.) Kelly's new beta-blocker pills are not agreeing with her and she spent part of the day in her recliner with feelings of nausea and a headache Luckily, by mid-afternoon she was feeling better.  New medication side effects sometimes take getting used to.

GROANER'S CORNER:(( Things I've learned from my Children:1. A king-size waterbed holds enough water to fill a 2000 sq. ft house 4 inches deep.2. If you spray hair spray on dust bunnies and run over them with rollerblades, they can ignite.3. A 3-year old's voice is louder than 200 adults in a crowded restaurant.4. If you hook a dog leash over a ceiling fan, the motor is not strong enough to rotate a 42-pound boy wearing Batman underwear and a Superman cape. It is strong enough, however, if tied to a paint can to spread paint on all four walls of a 20x20 ft. room.5. You should not throw baseballs up when the ceiling fan is on. When using a ceiling fan as a bat, you have to throw the ball up a few times before you get a hit. A ceiling fan can hit a baseball a long way.6. The glass in windows (even double-pane) doesn't stop a baseball hit by a ceiling fan.7. When you hear the toilet flush and the words "uh oh," it's already too late.8. Brake fluid mixed with Clorox makes smoke and lots of it.9. A six-year-old can start a fire with a flint rock even though a 36-year old man says they can only do it in the movies.10. Certain Legos will pass through the digestive tract of a 4-year old.11. Playdough and microwave should not be used in the same sentence.12. Super glue is forever.13. No matter how much Jell-O you put in a swimming pool you still can't walk on water.14. Pool filters do not like Jell-O.15. VCRs do not eject Peanut Butter & Jelly sandwiches even though TV commercials show they do.16. Garbage bags do not make good parachutes.17. Marbles in gas tanks make lots of noise when driving.18. You probably do not want to know what that odor is.19. Always look in the oven before you turn it on. Plastic toys do not like ovens.20. The fire department in Austin, TX has a 5-minute response time.21. The spin cycle on the washing machine does not make earthworms dizzy.22. It will, however, make cats dizzy.23. Cats throw up twice their body weight when dizzy.24. The mind of a 6-year old is wonderful. First grade...true story:25. 60% of men who read this will try mixing the Clorox and brake fluid.
-----------------------------------

While attending a Marriage Seminar dealing with communication, Tom and his wife Grace listened to the instructor, 'It is essential that husbands and wives know each other's likes and dislikes.'  He addressed the man, 'Can you name your wife's favorite flower?'  Tom leaned over, touched his wife's arm gently, and whispered, 'It's Pillsbury, isn't it?  That's when the fight started. 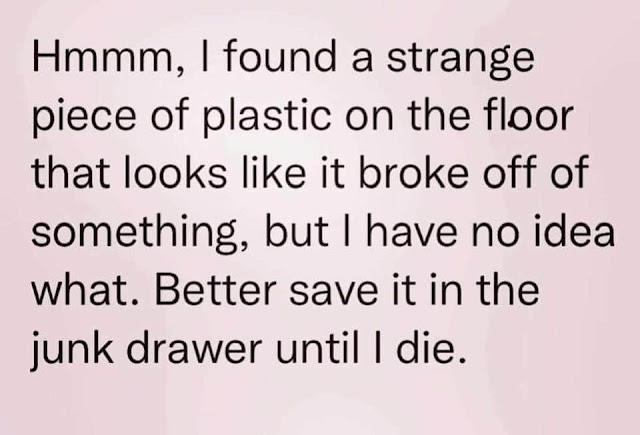