GETTING THE BLOOD OUT OF MY ARM ONE WAY OR ANOTHER

It was a miserable weather morning for the middle of April as Pheebs and I headed to Goderich where I had an appointment at the Dynacare lab.  It was time to have my blood checked for my next PSA test and Doctor's call on Wednesday, May 4th.  From there it was straight home and let's just say it was another day staying inside out of the cold and wet snowy drizzle................ 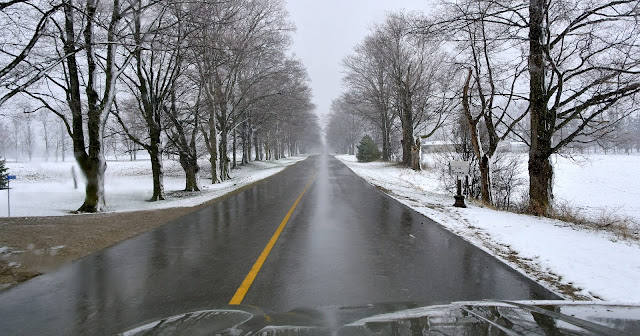 GROANER'S CORNER:(( McQuillan walked into a bar and ordered martini after martini, each time removing the olives and placing them in a jar. When the jar was filled with olives and all the drinks consumed, the Irishman started to leave.  "S'cuse me," said a customer, who was puzzled over what McQuillan had done. "What was that all about?"  "Nothing," said the Irishman, "my wife just sent me out for a jar of olives."

Everyone has A photographic memory!  The difference is some do not have any film.

A woman phoned her dentist when she received a huge bill.  "I'm shocked!" she complained.  "This is three times what you normally charge."  "Yes, I know," said the dentist. "But you screamed so loudly, you scared away two other patients." 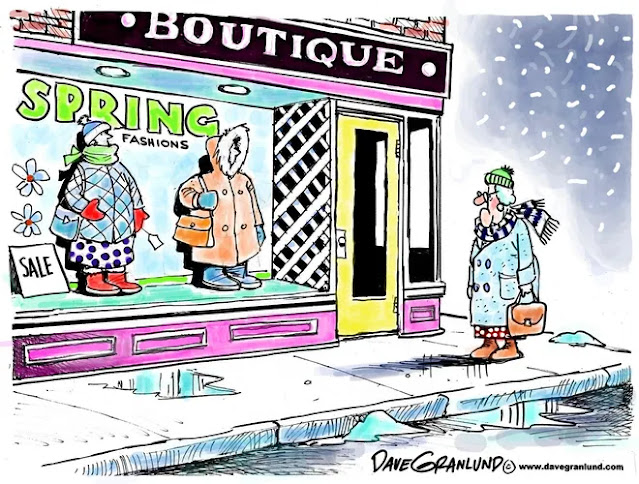 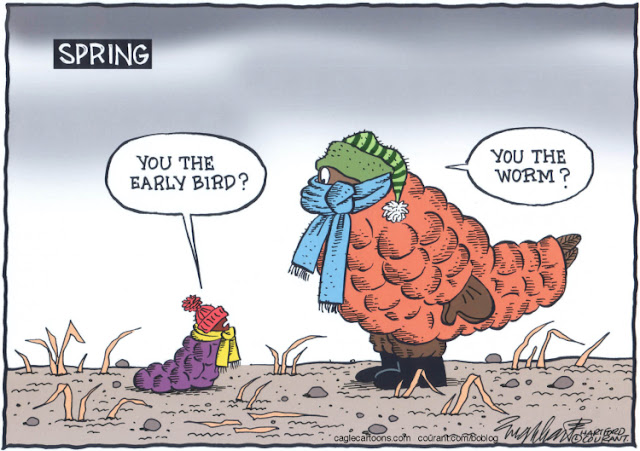 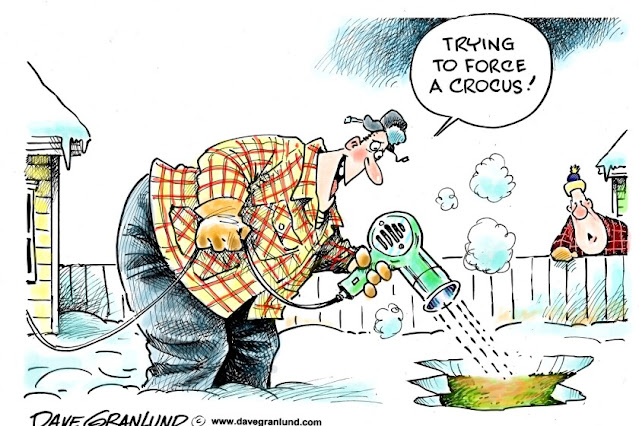