AND THERE IS MORE ON THE WAY:(( 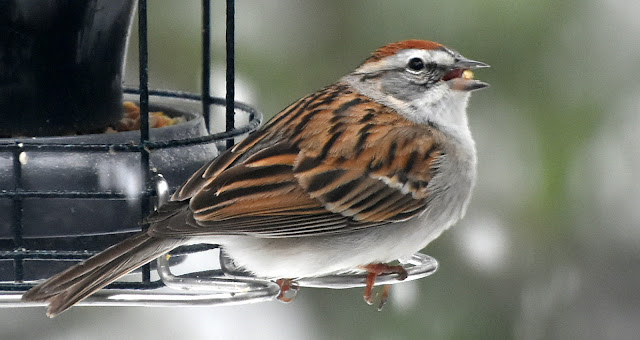 Stealthily sneaking up to the living room window curtains first thing this morning I braced myself for an assault of white.  I slowly parted them and peaked out.  Oh, what a relief when I was greeted by the sight of bare ground and the color green.  However, it did not stay that way:(( 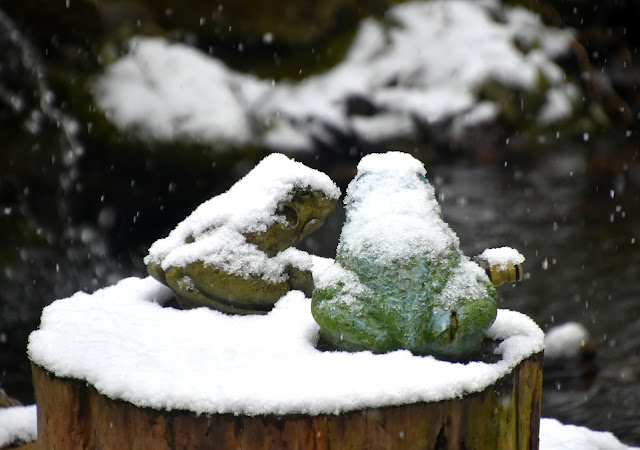 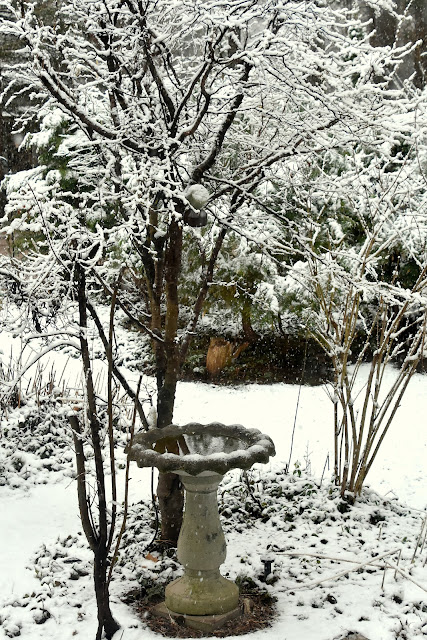 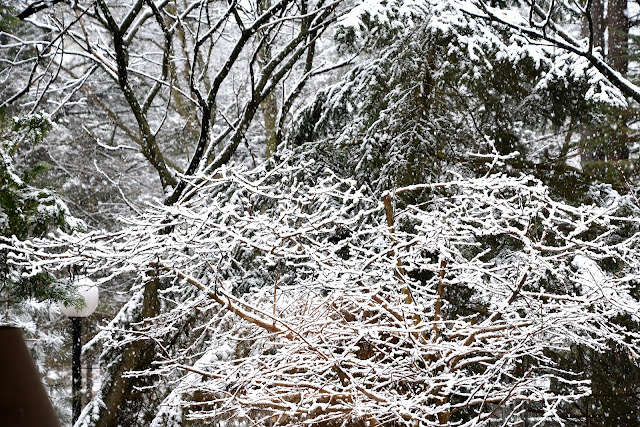 Another icy cold wind and cloud-shrouded day so I spent my time inside with the exception of helping our good neighbor Monica into the house with suitcases and things.  She's back from her winter in Florida.  No, she didn't drive back, she flew back, (on an airplane) and spent some time with family before driving herself back to Bayfield this morning.  Two of her daughters had flown down to Florida and drove her car back for her.  I wonder how many folks are fortunate enough to have caring family members like that. 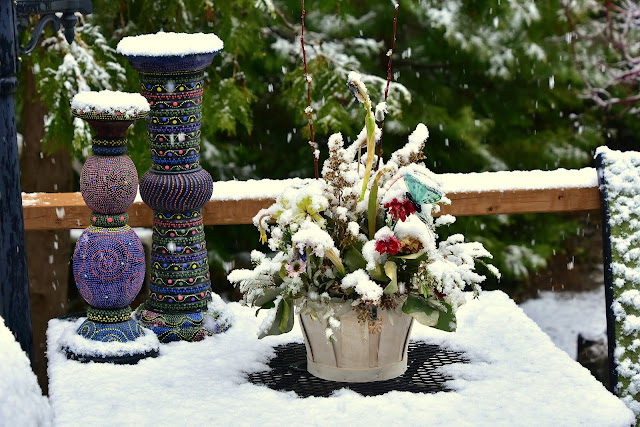 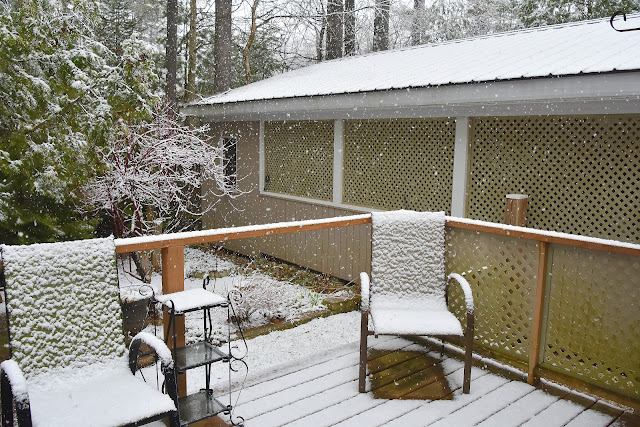 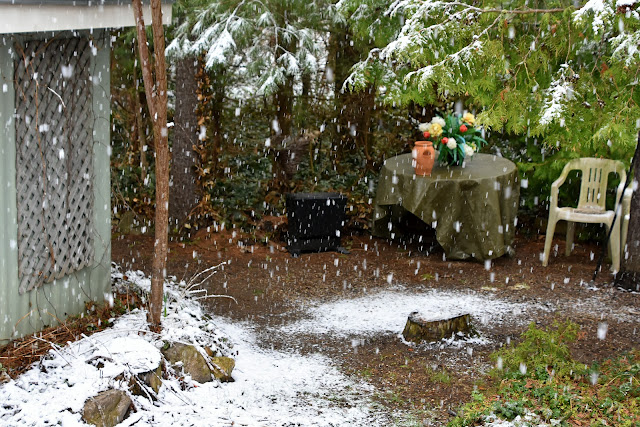 Kelly headed off to Goderich's Dynacare Lab this morning to leave some blood with them.  I'll be doing the same thing Tuesday morning.  Just another one of the many medical joys of being a Senior eh. 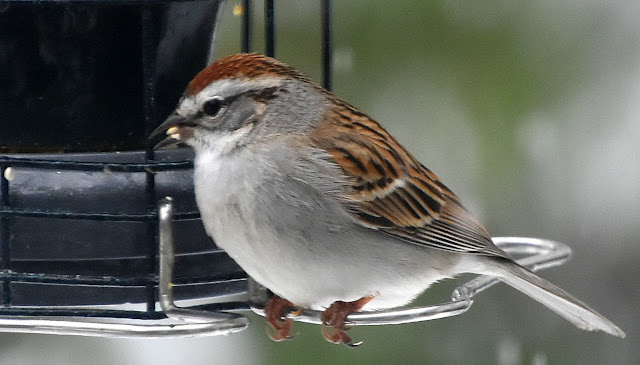 I recently finished 3 more greatly interesting books.  Well, for me anyway.  As I've mentioned before, I have always had a great interest in aircraft and the people who fly them.  In these books, I enjoyed reading about these daring young men in their flying machines from their early lives through their flying careers to their latter years.  Flying Low takes place between 1956 and 1980.  B.K. Bryans was a United States naval pilot flying off aircraft carriers and finished his flying career piloting Grumman A6 Intruders.  He made 652 successful carrier landings with 163 of them at night.  I found Inside The Turn Circle by PK White another great read.  This young pilot went on to fly F 16 Fighting Falcons which interestingly enough were many times the planes in the sky over our Arizona house.  They flew out of Luke Air Force Base northwest of Phoenix and did a lot of their high sky 'dog fighting' training right over top of Congress AZ.  Long-time readers may remember my day and night photos of them.  I find pilot stories so interesting to read because of their honesty.  These fellas not only talk of their successes but of their failures as well.  Their successes are way beyond me but I do understand their failures.  Each one of these books is a study in human interest as man versus machine.  The training they have to go through is absolutely mind-boggling.  Flying North South East and West from the Arctic to the Sahara by Capt. Terry Reece takes this young adventurous pilot from his backwoods upbringing to bush pilot status and beyond, flying planes to destinations all over the world.  He spent many hours piloting C-130 Hercules aircraft.  He finally ended up as a commercial airline pilot flying Boeing 737 jetliners.  I am nearly halfway through Flight by Neil Graham Hansen.  A young pilot hires on as a pilot for Air America and its clandestine (CIA) operations in Southeast Asia in the mid to late 60s.  This is a look behind the scenes of that era and it is eye-opening.  By the way, these are all non-fiction books!!

And at the time of posting this tonight.........it's snowing again and it's been snowing steadily since 4 o'clock this afternoon. It's a white landscape out there again!!  And there is more on the way:(( 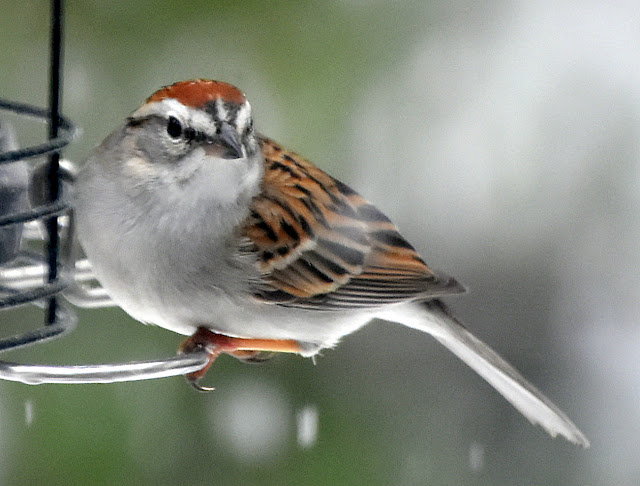 GROANER'S CORNER:((  Mark Twain's contention is that the 'most interesting information comes from children, for they tell all they know and then stop'.Q: What is one horsepower?A: One horsepower is the amount of energy it takes to drag a horse 500 feet in one second.- You can listen to thunder after lightning and tell how close you came to getting hit. If you don't hear it, you got hit, so never mind.- Talc is found on rocks and on babies.- The law of gravity says no fair jumping up without coming back down.- When they broke open molecules, they found they were only stuffed with atoms. But when they broke open atoms, they found them stuffed with explosions.
- When people run around and around in circles we say they are crazy. When planets do it we say they are orbiting.- Someday we may discover how to make magnets that can point in any direction.- Most books now say our sun is a star. But it still knows how to change back into a sun in the daytime.- A vibration is a motion that cannot make up its mind which way it wants to go.- Genetics explain why you look like your father and if you don't why you should.- Some people can tell what time it is by looking at the sun. But I have never been able to make out the numbers.- We say the cause of perfume disappearing is evaporation. Evaporation gets blamed for a lot of things people forget to put the top on.- To most people solutions mean finding the answers. But to chemists solutions are things that are still all mixed up.- Clouds are high flying fogs.- I am not sure how clouds get formed. But the clouds know how to do it, and that is the important thing.- Humidity is the experience of looking for air and finding water.- We keep track of the humidity in the air so we won't drown when we breathe.- Rain is saved up in cloud banks.- A blizzard is when it snows sideways.- Thunder is a rich source of loudness.- It is so hot in some places that the people there have to live in other places.- The wind is like the air, only pushier. 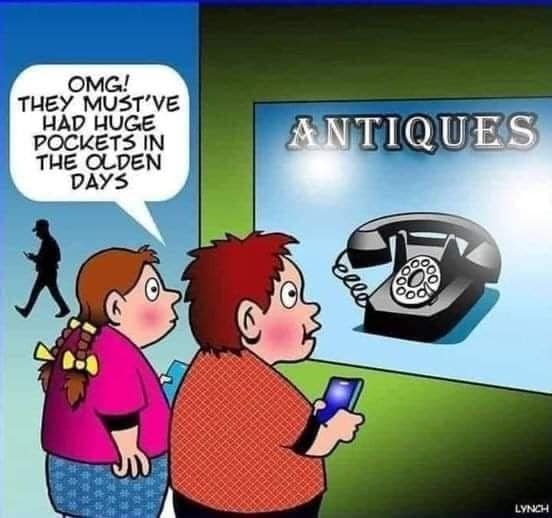 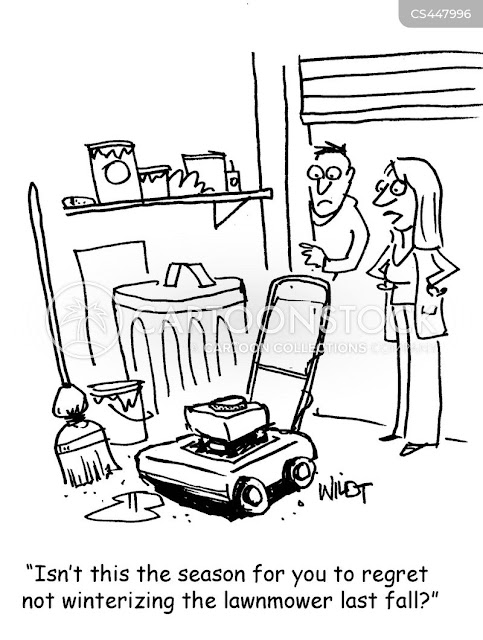