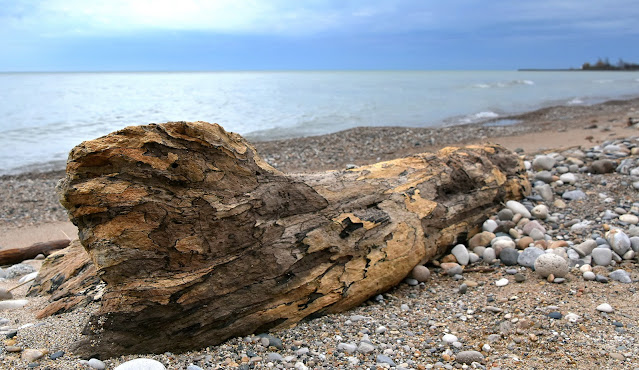 Stepping out the door first thing this morning I knew we had an east wind blowing.  No, I couldn't feel it but I sure could smell it and it smelled like chickens.  Immediately to the east of where we live is a large chicken farm and by the strong smell, I knew there was another big batch of chickens about ready to head for McDonalds via a chicken processing plant somewhere.  Maybe west of St. Marys, Ontario.  It was a stormy looking sky as Pheebs and I cruised into Bayfield for a look at the latest construction projects. 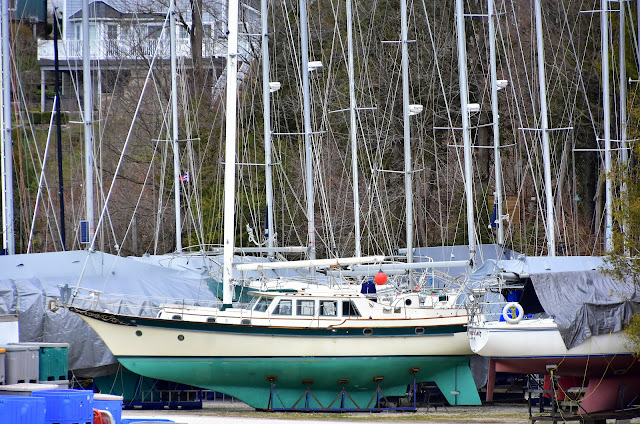 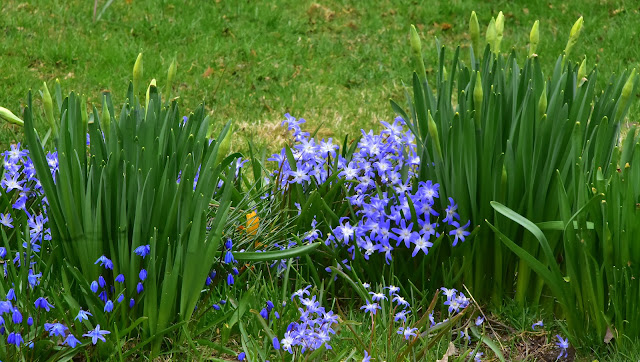 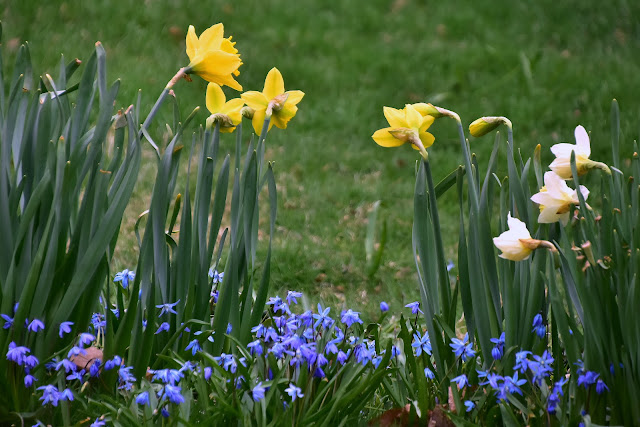 While driving around it dawned on me that with an east wind blowing, Bayfield's shoreline would be in the lee of the wind and it would be a good time for a beach walk.  And I also figured what could be better for my ailing legs than 88 steep steps down to the beach and 88 even steeper steps back up again.  So, we drove to the west end of Howard street, parked the Jeep, and down the steep steps we did go.  In between those two up and down step events we took ourselves for a relaxing amble along the shores of Lake HuronDespite the dull overcast sky it was so nice walking along the water's edge listening to the softly swishing waves of the lake's calm waters.  I was surprised at the amount of driftwood on the beach left here by last year's early winter storms.  This is also the location of many smooth sand sculpted stones of all sizes, shapes, and colors.  I figured we were about a mile or so south of Bayfield's piers. 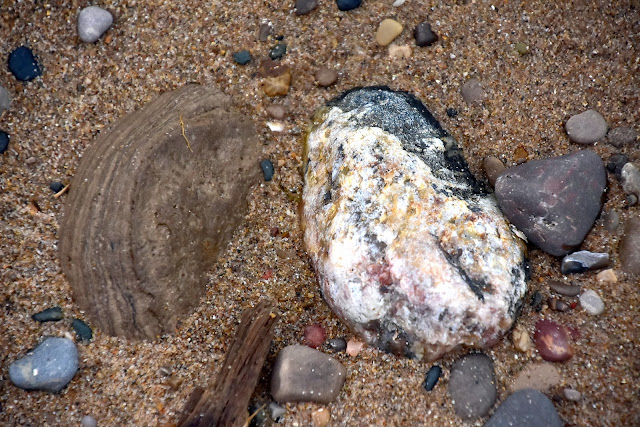 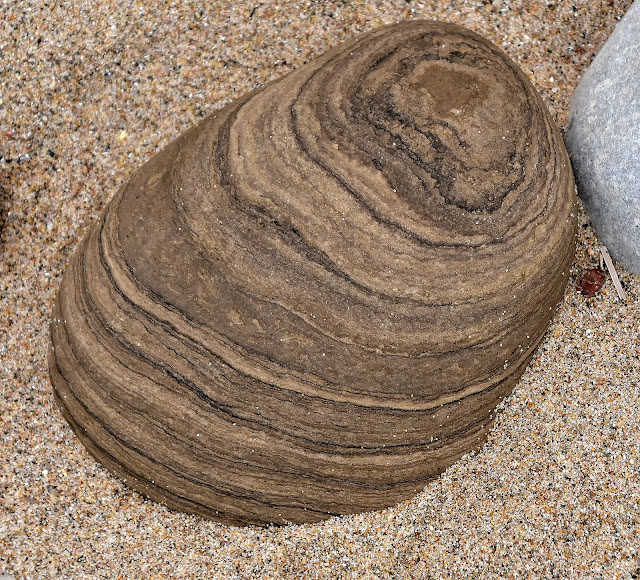 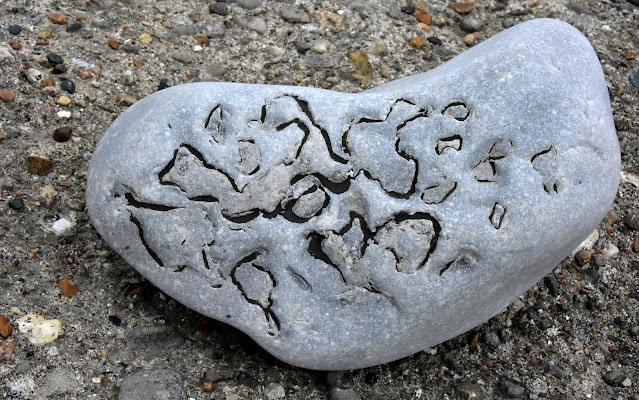 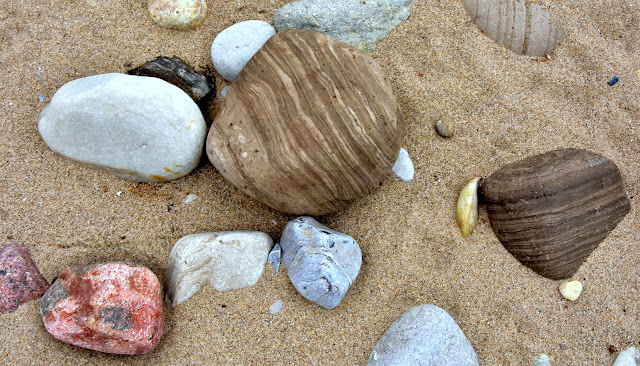 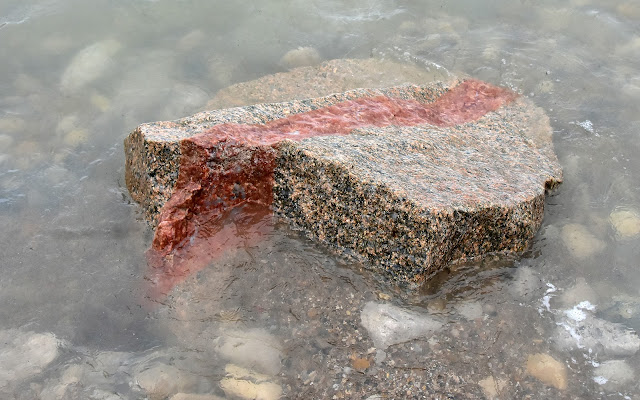 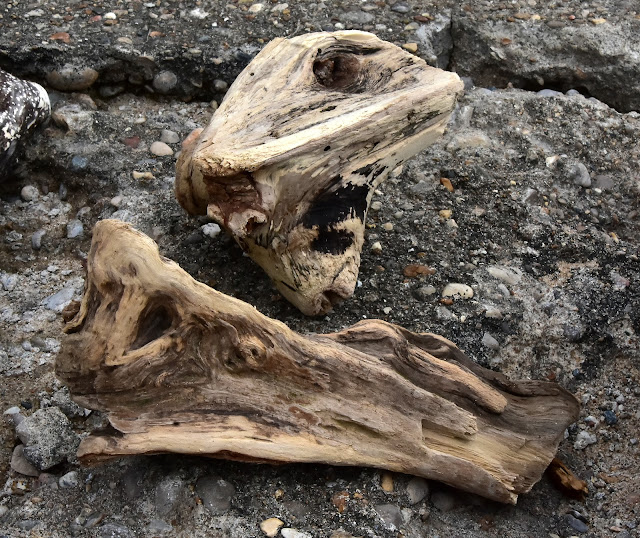 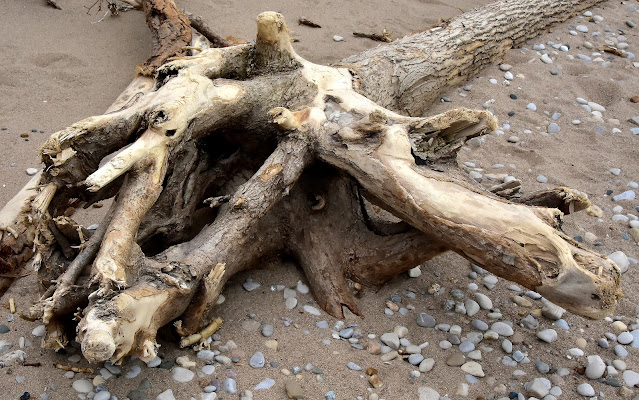 Shoreline damage from high water levels and crashing waves a year or so ago is very apparent along here.  Relenting wave action has torn away at the banks and toppled countless trees and tons of earth into the lake.  However, it is obvious that lake the level right now is significantly lower from where it was a couple years ago.  Much wider beaches now.  So, if you are in Bayfield and are looking for some really neat rocks or driftwood, just find Howard Street which starts across the road from Clan Gregor Square, and follow it west to where it ends in a parking lot overlooking Lake Huron 88 steep steps below. 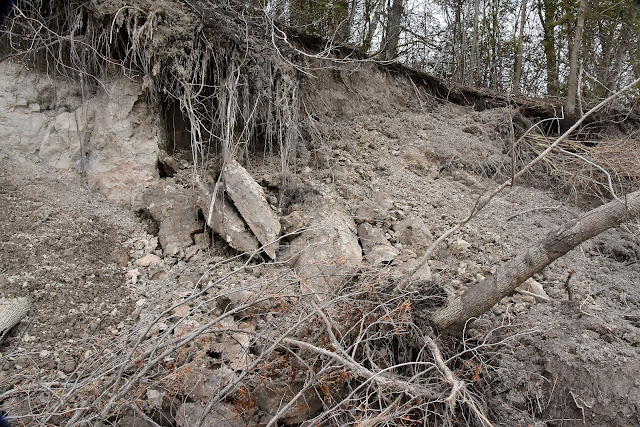 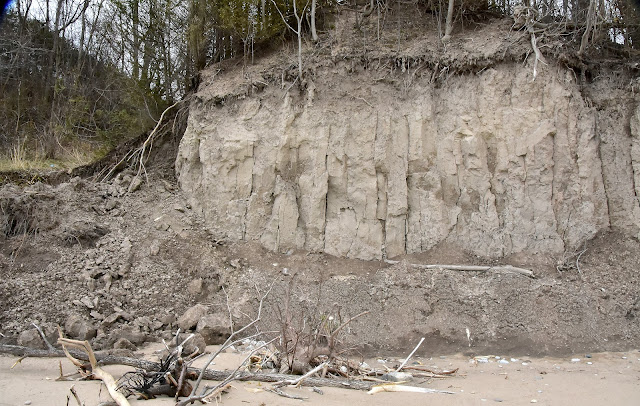 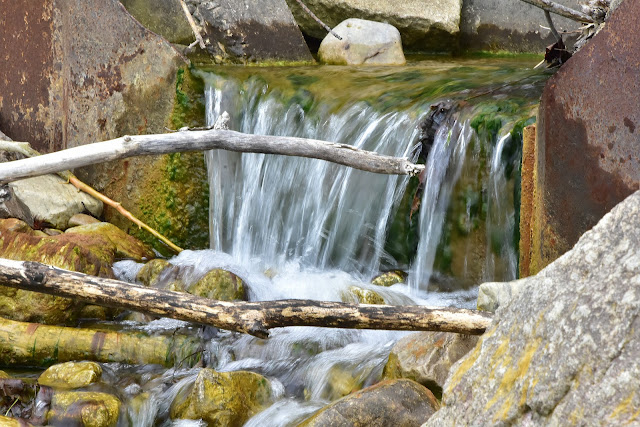 Home again under a dark depressing sky I dozed off in my sunroom recliner around 10:30 and woke up a few minutes later to sunshine beaming through the windows.  It was 1 p.m.  Sometimes those few minute snoozes seem to go by very quickly. 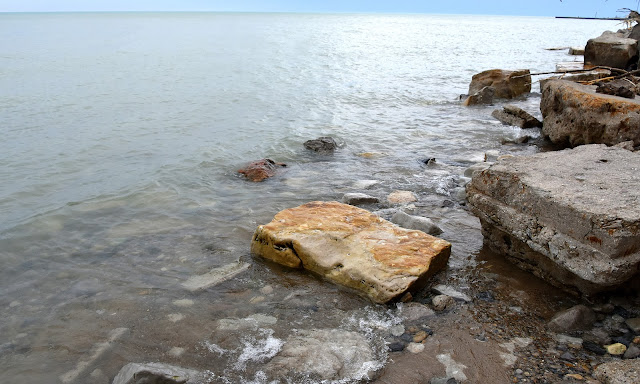 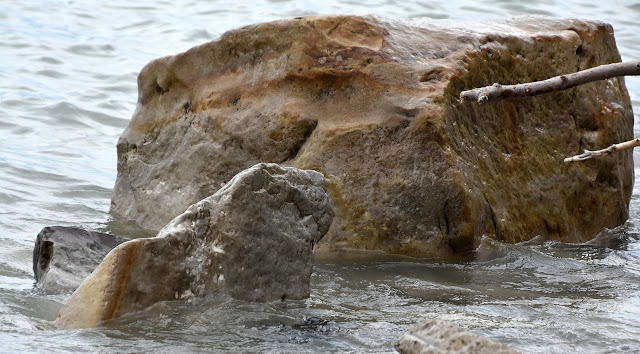 Taking advantage of the sunshine and much warmer temps this afternoon I was out the door and on the end of my wheelbarrow, pitchfork, and lawn rake again cleaning up even more pine needles.  I don't know where I keep finding all these pine needles, but I do.  I think neighbors are dropping off their needles here when I'm not looking.        GROANER'S CORNER:(( Father O'Malley rose from his bed one morning. It was a fine spring day in his new west Texas mission parish. He walked to the window of his bedroom to get a deep breath of the beautiful day outside.  He then noticed there was a jackass lying dead in the middle of his front lawn. He promptly called the local police station.  The conversation went like this:  "Good morning. This is Sergeant Jones. How might I help you?"  "And the best of the day te yerself This is Father O'Malley at St. Ann's Catholic Church. There's a jackass lying dead in me front lawn and would ye be so kind as to send a couple o'yer lads to take care of the matter ?"  Sergeant Jones, considering himself to be quite a wit and recognizing the foreign accent, thought he would have a little fun with the Good Father, replied, "Well now Father, it was always my impression that you people took care of the last rites !"  There was dead silence on the line for a long moment.........Father O'Malley then replied, "Aye, 'tis certainly true, but we are also obliged to notify the next of kin first, which is the reason for me call. 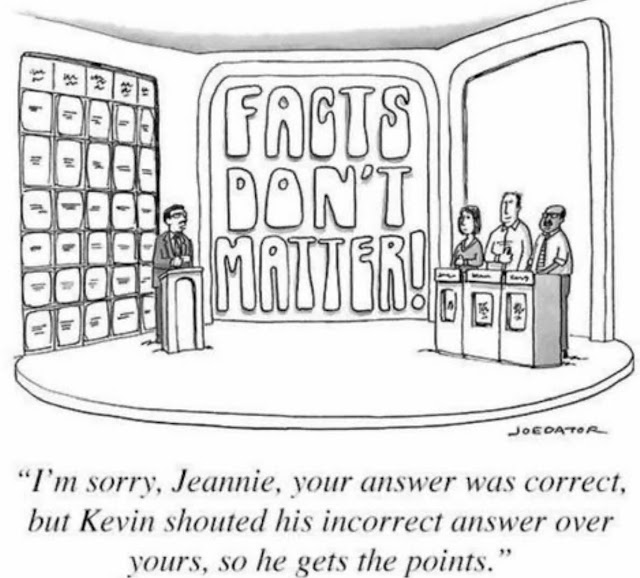 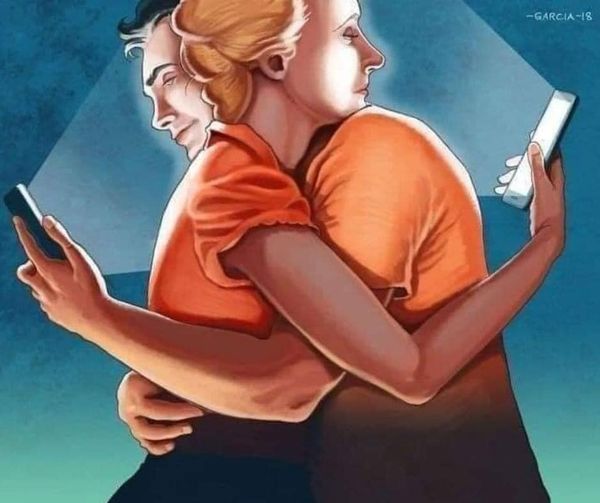