KELLY'S IN GOOD SPIRITS BUT STILL IN THE HOSPITAL

Up shortly after 5 this morning I brewed myself a coffee and checked my computer for any updates from Kelly via email.  I must have dozed off because I was re-awakened by a jangling telephone about 7:30 and it was Kelly calling from the London hospital.  She was in good spirits and feeling much better than she did Thursday.  She said it was a bumpy ambulance ride from Goderich's hospital to London's University hospital early Thursday night and she said they were going fast and using the ambulance emergency lights and horn when needed because Kelly said she was still throwing up blood.  Once at University hospital, she said it took 4 hours for them to get a room for her but that was not because of the lack of rooms, it was because of lack of staff.  She spent the 4 hours on an ambulance gurney in a hallway with a line-up of other people in the hallway also on gurneys waiting for rooms.  She said she felt sorry for the paramedic who was assigned to stand beside her keeping an eye on her condition for all of those 4 hours.  At the moment she is in a 4th-floor room with one other lady.  She was hoping they would let her come home today but as it turned out, it was not to be.  I received an email from her later in which she said the nurse said 'no way today'.  Had she been in a Mexican hospital the nurse might have said, 'no way Jose'.  Kelly is hooked up to a number of IV thingys and she said they will be doing further tests on her today including a more in-depth endoscopy to find out what's causing the bleeding in her stomach.  She said she had thrown up so much blood at the Goderich hospital that they had to give her a blood transfusion.London's University hospital is still under a strict Covid lockdown and visiting is limited.  Kelly said it was no point in me coming over there until its time to pick her up.  She said she would be busy with tests and procedures today and wasn't keen on having any visitors anyway.  She does have her cell phone with her and is in touch with her family.  Here's a little side note to all of this......In the emails Kelly sent from the Goderich hospital late Thursday afternoon she had taken pictures with her smartphone of her surroundings.  When she phoned later she said she hoped I had taken a picture of the ambulance when it was in our driveway and I told her I took two and they were already in the blog. When I first met Kelly in the summer of 93 she wasn't really into cameras and photos, etc.  However, after hanging around with me these past 29 years she has become quite a little shutterbug herself with her smartphone camera so we might be seeing more photos coming from her at University Hospital.
Thank You to everyone for all your kind comments and concerns.  With her smartphone by her side, Kelly will be able to see all those well wishes, thoughts, and prayers.  And here's a mid-afternoon email update from Kelly..."I'm actually on the 9th floor. My stomach and throat are sore from the scope. They banded a small varice but they're not convinced it caused all the bleeding. Dr. is supposed to come in soon to go over some info. Now on 3rd bag of blood.  Hemoglobin is still too low.  I haven't been up once yet to try and walk around.  Had a bit of a liquid lunch. Broth and tea and Jello just in case they have to do something else. They don't want food in there".
GROANER'S CORNER:((  Our 15-year-old daughter, Melanie, had to write a report for school about World War II, specifically D-Day and the invasion of Normandy.  “Isn't there a movie about that?” she asked.  I told her there was, but I couldn't think of the name.  Then it came to her, “Oh, I remember! Isn't it something like ‘Finding Private Nemo'?” 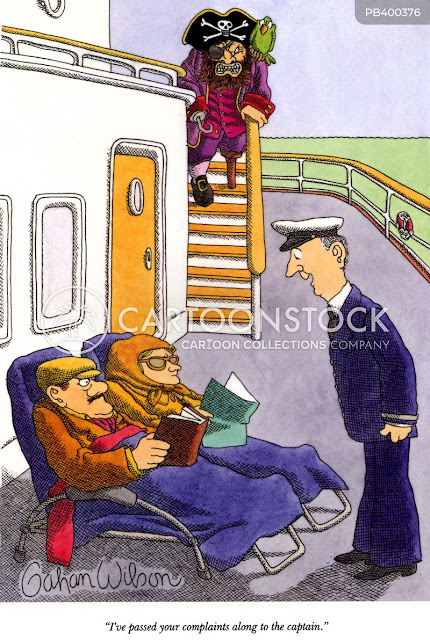