Kelly phoned about 7:30 this morning saying she had a good sleep for a change and was in better spirits.  Her hemoglobin numbers came up for the second day in a row and she was optimistic about that.  They didn't schedule her endoscopy for 8 a.m. so it looked like 1 p.m. would be the time right after her 11:30 CT scan.Despite a wind advisory this morning, Pheebs and I were out the door and gone on down the road.  With blue skies overhead and temps at 55F who wouldn't be eh:))  Wondered around a few country roads on our way to Goderich and back.  Saw the biggest wild turkey herd I've ever seen.  I figured they must have been holding their annual Spring Turkey convention or something. 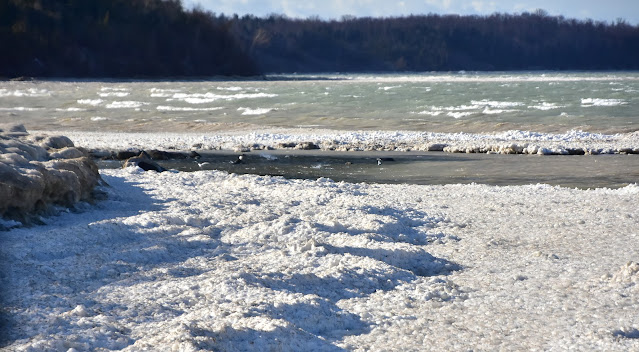 A few groceries in Goderich, coffee, harbor, car wash, and home again.  Didn't take me long to get the lawn rake, pitchfork, and wheelbarrow underway and with Pheebs helping we got a couple more wheelbarrow loads of pine needles raked up. 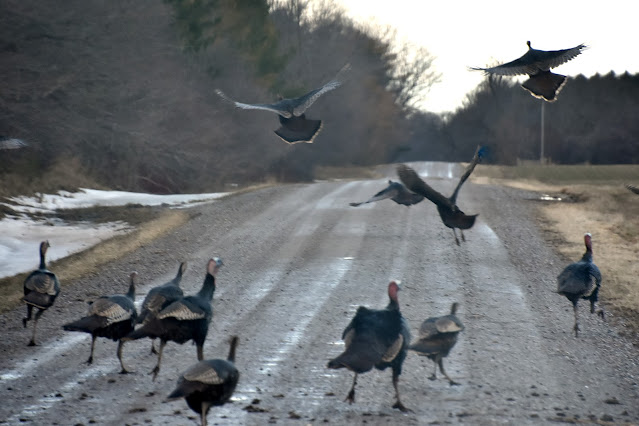 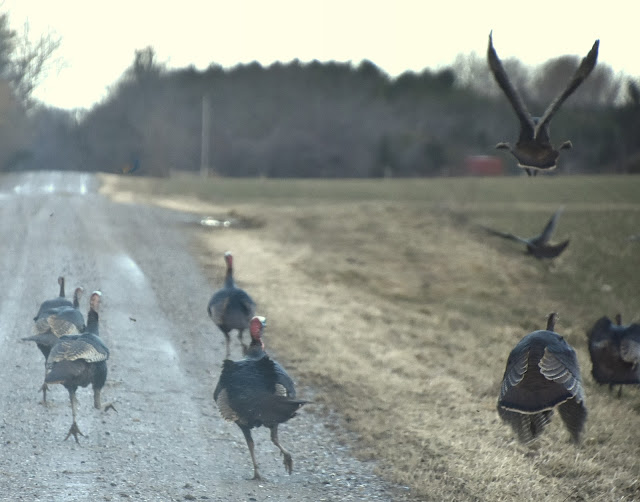 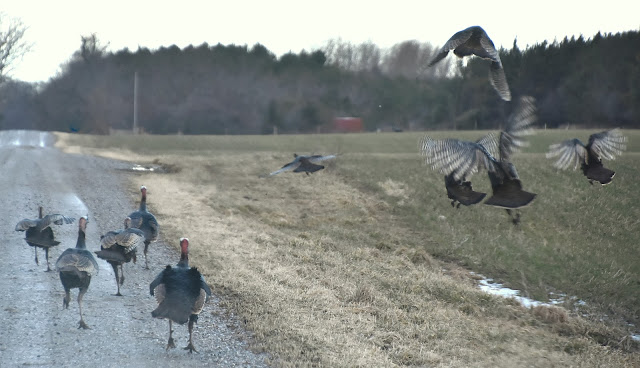 Kelly phoned around 12:45 saying both her procedures had been done earlier than expected and it looked like she would be ready to be picked up at 4 p.m.  She phoned back later and said to make it 3 p.m. so Pheebs and I were out the door, into the Jeep, and heading southeast for London's University Hospital.On my third circle around the main entrance, Kelly was there pushing a wheelchair with all her belongings on it.  As I was helping Kelly into the Jeep one of her nurses from the past 7 days came racing out the door to give Kelly a big hug.  From the hospital, Kelly suggested we go to 5-Guys for burgs and fries so that is where we went.  From there it was a quiet drive home with Kelly catching a few zzzzzz's along the way in the back seat.  We're sure glad to have her home again:)))))))) 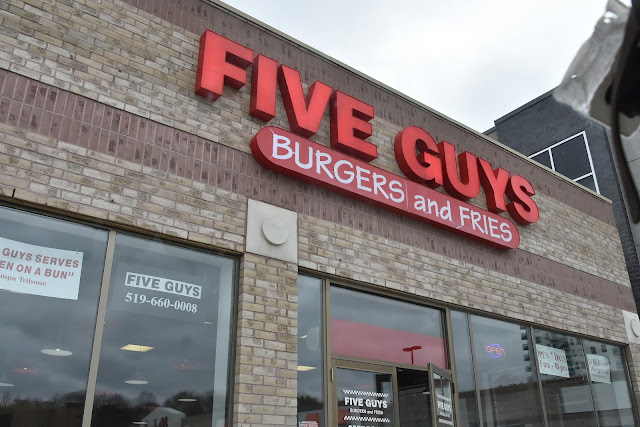 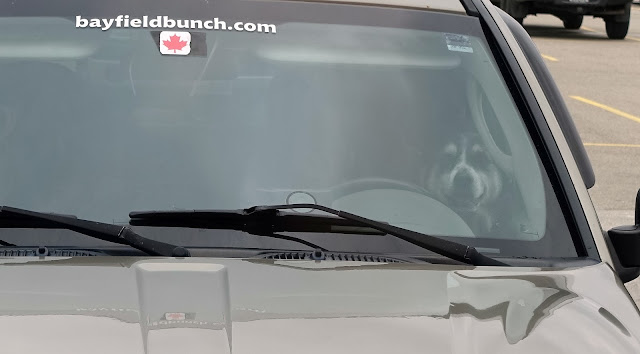 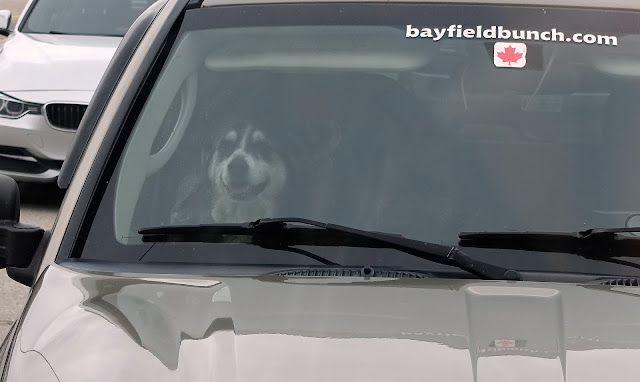 Thanks again to everyone for your cares, comments, and concerns, over the past 7 days. As I type this at 5:45 p.m. Kelly is on her bed in her own room fast asleep while Pheebs and I are in the living room trying to be quiet guys with big contented smiles and silly grins on our faces:)) GROANER'S CORNER:((Meaningful thoughts:

I’m responsible for what I say, not what you understand.

Common sense is like deodorant.  The people who need it the most never use it.My tolerance for idiots is extremely low these days. I used to have some immunity built up, but obviously, there's a new strain out there.It’s not my age that bothers me, it’s all the side effects.I’m not saying I’m old and worn out, but I make sure I’m nowhere near the curb on trash day.As I watch this generation try and rewrite our history, one thing I'm sure of .. it will be misspelled and have no punctuation.As I’ve gotten older, people think I’ve become lazy.  The truth is I’m just being more energy efficient.I haven't gotten anything done today. I've been in the Produce Department trying to open this stupid plastic bag.Turns out that being a "senior" is mostly just googling how to do stuff.I want to be 18 again and ruin my life differently. I have new ideas.God promised men that good and obedient wives would be found in all corners of the world. Then he made the earth round...and laughed and laughed and laughed.I'm on two diets. I wasn't getting enough food on one.I put my scale in the bathroom corner and that's where the little liar will stay until it apologizes.My mind is like an internet browser. At least 19 open tabs, 3 of them are frozen, and I have no clue where the music is coming from.Hard to believe I once had a phone attached to a wall, and when it rang, I picked it up without knowing who was calling.Apparently RSVPing to a wedding invitation "Maybe next time" isn't the correct response.She says I keep pushing her buttons.  If that were true, I would have found mute by now.Sometimes the Universe puts you in the same situation again to see if you’re still dumb all.There is no such thing as a grouchy old person.  The truth is, once you get old you stop being polite and start being honest. 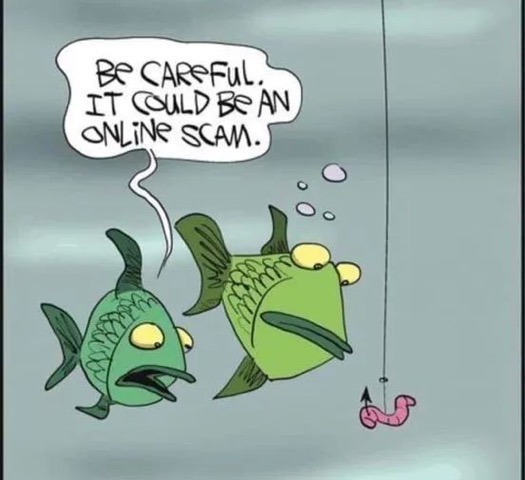 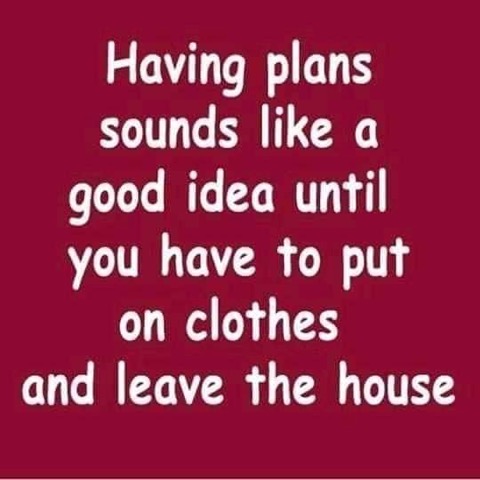