A SETBACK FOR KELLY AND FRUSTRATION GROWS!!

A setback for Kelly this morning.  Due to bleeding in the night, she was immediately put back on a 'no eating' list again and not given any breakfast.  When she phoned at about 8 a.m. I could tell right away some of the bounce had gone out of her voice.  Here's an email she sent at 12:41 this afternoon after being told she would undergo another endoscopy today, 'Still waiting , hungry, tired from not much sleep and getting annoyed'.  A very frustrated and upset Kelly phoned again at 3:30 saying she had just been told the endoscopy would not be done until Thursday sometime.  At this point she had not had anything to eat since her supper late Tuesday afternoon and it was also at this point she had a melt-down '.  In the 6 days she has been there now and in regards to the doctors, it seems the right hand doesn't know what the left hand is doing and communication between doctor and patient leaves much to be desired.  She said the nurses are great but the doctor's not so much.  To complicate matters even further, she has a pre-planned appointment for a CT Scan tomorrow morning at 11:30 and that now seems to up in the air as well.  It is extremely rare for Kelly to become openly upset about something and she was so upset she told the nurse to get the needles and tubes out of her arm because she was going home!!!!  Well, that spurred some action and a short time later the nurse returned to tell her she was back on the 'eating list' and she would be getting her supper tonight.  As to when they will do the endoscopy Thursday.........who knows:((Had it not been for the prospect of Kelly coming home today this is the day I had earlier planned to surprise her on her birthday with a visit.  How I was going to do this I hadn't quite figured out yet.  I couldn't take Pheebs with me and leave her in the Jeep in a parking garage.  I couldn't leave her at home for a number of hours either because now in her Senior years, just like we Senior folks, she has more frequent washroom breaks.  And I didn't think it fair to ask someone to come and sit here for four or five hours with her.  Kelly and I talked about this again this morning and she still wants me to stay with Pheebs and not come to the hospital unless it is to pick her up and take her home.  And, all this stress for her on her birthday too.  Knowing Kelly, if a nurse happens to ask her why her husband has not been in to visit her yet she will likely give the nurse a very truthful answer saying, 'we live on a farm and my husband has to milk the chickens three times a day'. 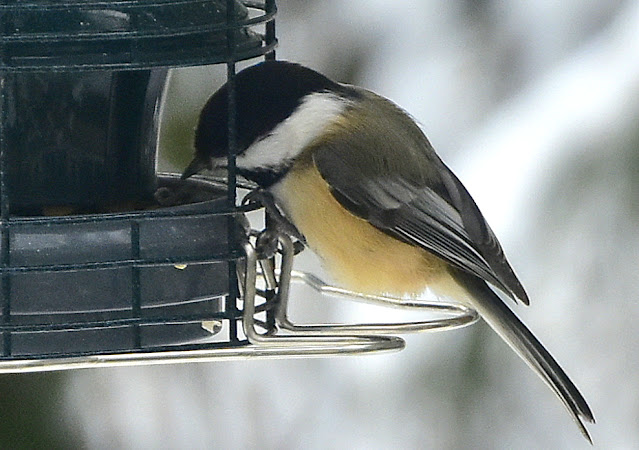 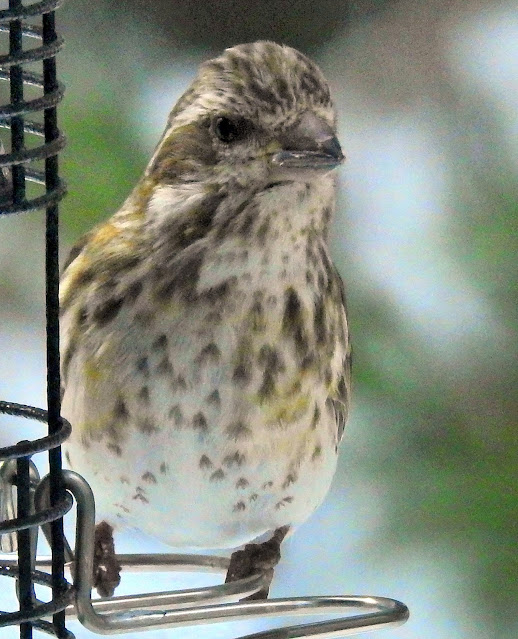 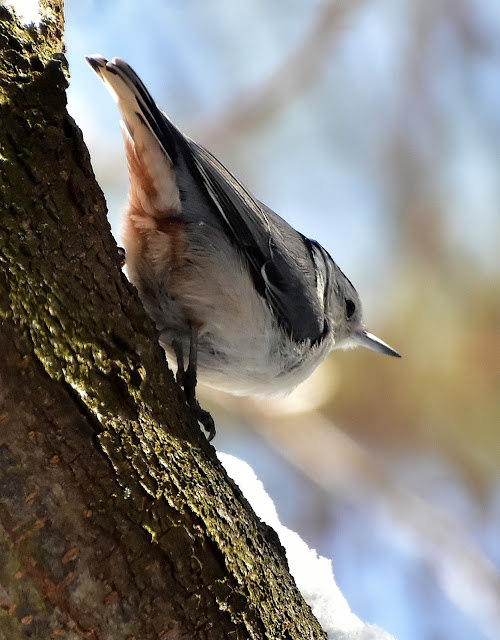 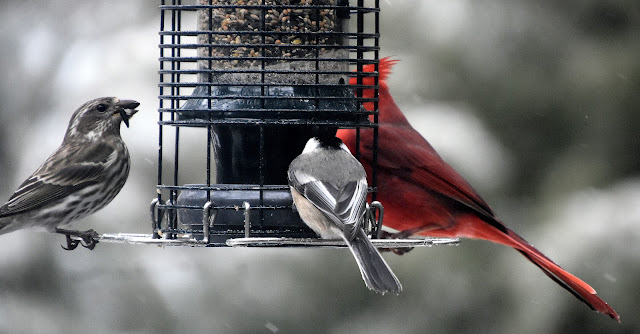 A really nasty morning here with freezing rain and cold icy winds.  Everything has a thin coating of ice on it and even the school buses have been canceled.  Aside from slip-sliding outside to top up the bird feeders, Pheebs and I stayed in all day.  The Jeep never moved.  Well okay, I did have to drive Bayfield's Foodland this afternoon after I ran out of milk.  There are two food staples in my life which I cannot be without.  Milk and peanut butter!! 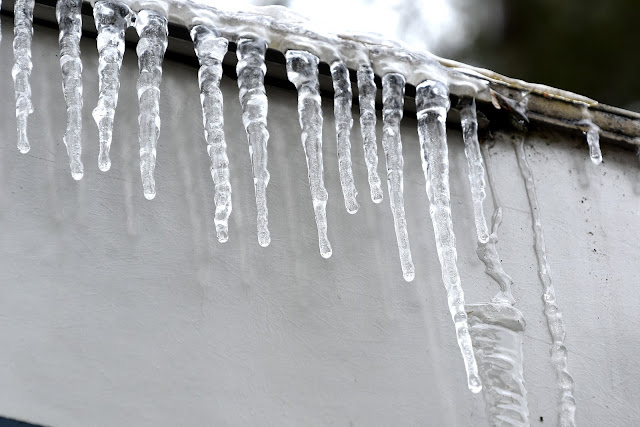 Update: They told Kelly Thursday's endoscopy would either be at 8 a.m. or 1 p.m. with a CT scan at 11:30.  Kelly is really counting on coming home tomorrow but that may depend on the endoscopy results.  Her hemoglobin numbers were actually up this morning for the first time since all this began a week ago.          GROANER'S CORNER:((  Genesis rewritten....In the beginning, God created heaven and the Earth. And the Earth was without form, and void, and darkness was upon the face of the deep. And the Devil said, "It doesn't get any better than this."And God said, "Let there be light" and there was light. And God said, "Let the earth bring forth grass, the herb yielding seed, and the fruit tree yielding fruit," and God saw that it was good.  And the devil said, "There goes the neighborhood."And God said, "Let Us make man in Our image, after Our likeness, and let them have dominion over the fish of the sea, and over the fowl of the air and over the cattle, and over all the Earth and over every creeping thing that creepeth upon the Earth." And so God created man in His own image; male and female.And God looked upon man and woman and saw that they were lean and fit. And the devil said, "I know how I can get back in this game."
And God populated the earth with broccoli and cauliflower and spinach and green and yellow vegetables of all kinds, so man and woman would live long and healthy lives.  And the devil created McDonald's. And McDonald's brought forth the 79-cent double cheeseburger.  And the devil said to man: "You want fries with that?" And man said, "Supersize them." And man gained five pounds.And God created the healthful yogurt, that woman might keep her figure that man found so fair. And the devil brought forth chocolate. And woman gained five pounds.And God said, "Try My crispy fresh salad."And the devil brought forth Ben and Jerry's. And woman gained 10 pounds.And God said, "I have sent thee heart-healthy vegetables and olive oil with which to cook them."  And the devil brought forth chicken-fried steak so big it needed its own platter. And man gained 10 pounds and his bad cholesterol went through the roof. And God brought forth running shoes and Man resolved to lose those extra pounds.  And the devil brought forth cable TV with remote control so man would not have to toil to change channels between ESPN and ESPN2. And man gained another 20 pounds.And God said, "You're running up the score, devil." And God brought forth the potato, a vegetable naturally low in fat and brimming with nutrition.  And the devil peeled off the healthful skin and sliced the starchy center into chips and deep-fried them. And the devil created sour cream dip.
And man clutched his remote control and ate the potato chips swaddled in cholesterol. And the devil saw and said, "It is good."And man went into cardiac arrest. And God sighed and created quadruple bypass surgery. And the devil canceled man's health insurance.Then God showed woman how to peel the skin off chicken and cook the nourishing whole grain brown rice. And God created the life-giving tofu. And woman ventured forth into the land of Godiva Chocolate and upon returning asked man, "Do I look fat?"  And the devil said, "Always tell the truth."And man did. And woman went out from the presence of man and dwelt in the land of the divorce lawyer, east of the marriage counselor. And woman put aside the seeds of the earth and took unto herself comfort food.And God brought forth Weight Watchers. It didn't help.  And God created exercise machines with easy payments. And man brought forth his Visa at 21 percent. And the exercise machine went to dwell in the closet of Nod, east of the polyester leisure suit. And in the fullness of time, woman received the exercise machine from man in the property settlement.It didn't help her, either.
--------------------------------- 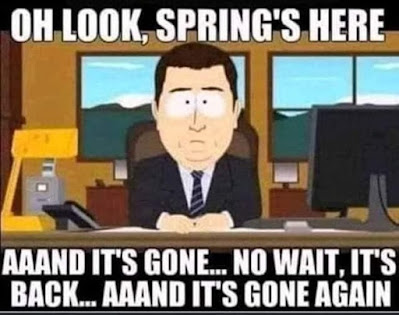 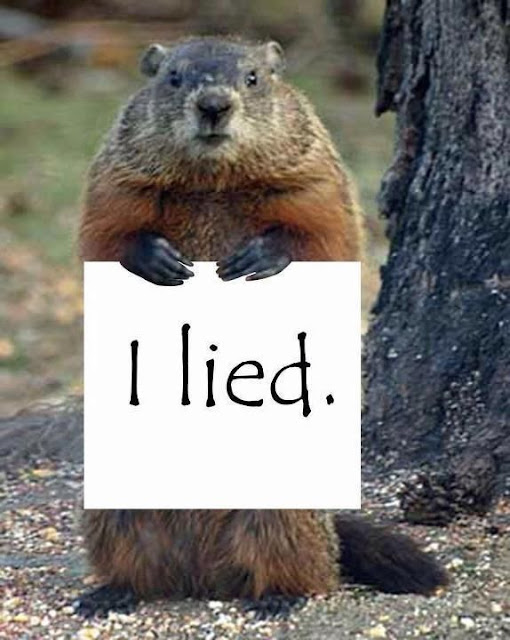