THIS TIME WITH A CHAIN!! 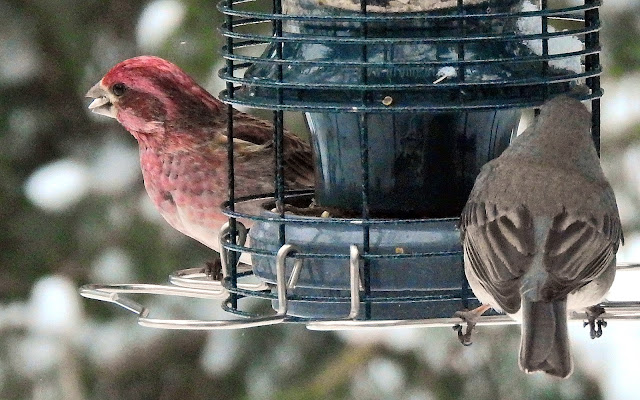 Everything underfoot is sheer ice so Kelly and Pheebs didn't go too far on their morning walk despite Kelly's red winter boots having ice cleats on the bottom of them.  High winds drove the 16F temps to a windchill factor of-1F and had I not needed a bag of birdseed I wouldn't have even left the house.  However, into Bayfield's Porters Hill Wild Bird Seed Company I went, grabbed a bag of seeds, and came home again.  And that wraps up another cold and cloudy winter's day......... 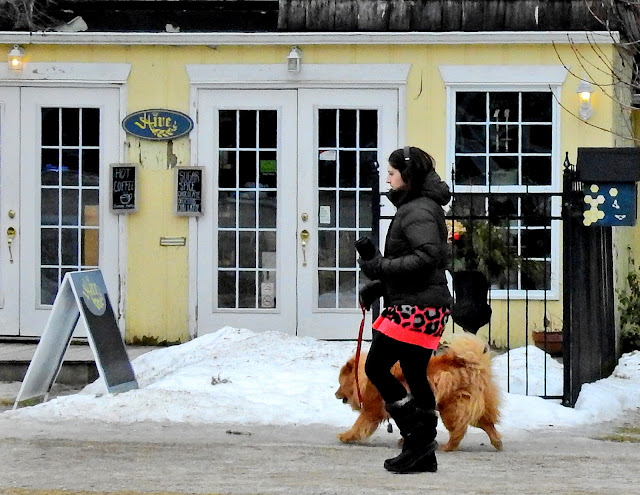 I don't know if it was the squirrels or a flying baby elephant that landed on and broke the cord holding my newest hanging bird feeder but there was the feeder crashed on the ground this morning.  Luckily, no damage but I had to later get my tall 10' stepladder out in the windy freezing cold and rehang the feeder.  This time with a chain!!In less than a month, it will officially be spring and I'm already thinking about making a few changes to the front yard when all the snow is gone and the ground has thawed.  Our aging and leaking frog pond has been there for about 18 years now and maybe I will fill it in and replace it with a nice 4' tall water fountain.  A water fountain would be more practical for the birds, giving them a steady source of drinking water in the hot summer. 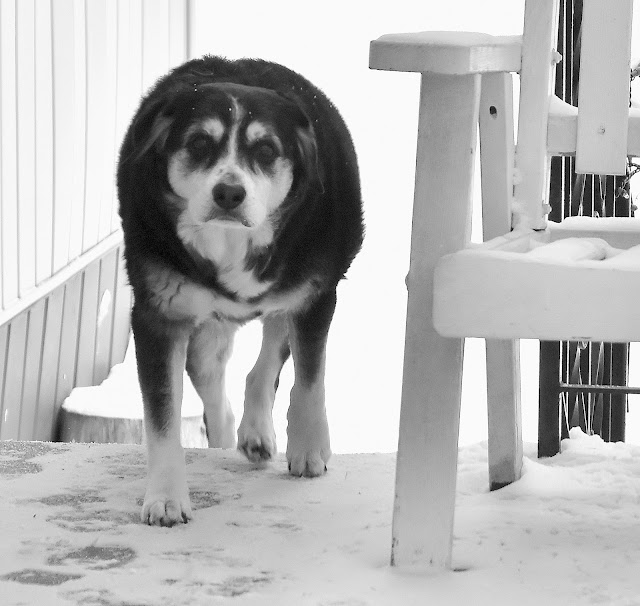 GROANER'S CORNER:((  So this old man is walking down the street in Brooklyn.  He sees a young boy sitting on the street in front of a candy shop, shoving sweets in his mouth as fast as possible.  The man walks up to the boy and says "You know son, it's really not healthy to eat all that candy."  The kid looks up at him and says, "You know my grandfather lived to be 97 years old."  The man replies "Oh and did he eat a lot of candy?" The kid looks at him and says "No, but he knew enough to mind his own business!!"

Why did the little moron take his new scarf back to the store?  It was too tight.

Did you hear about Rex, the cowboy who died with his boots on?  He kept them on because he didn't want to stub his toe when he kicked the bucket. 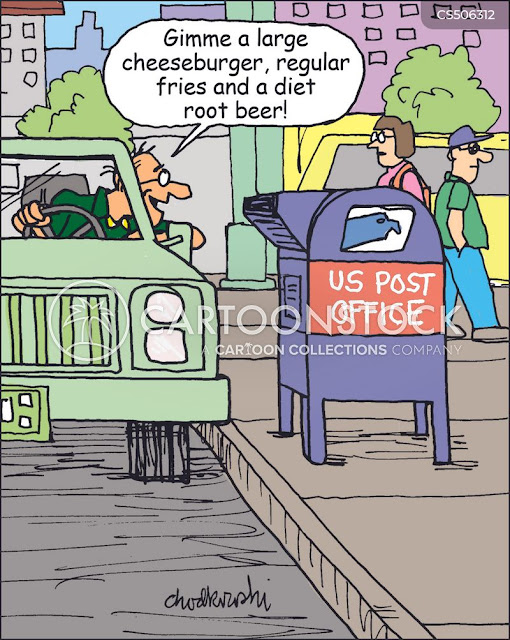