It actually looked colder out than it was but to me, cold is cold no matter how cold it does or doesn't look.  Had we not been low on milk I probably would not have gone out.  However, it was off to Bayfield's Foodland I did go.  A few pics along the way and I was soon home again.  Scratch another exciting winter's day. 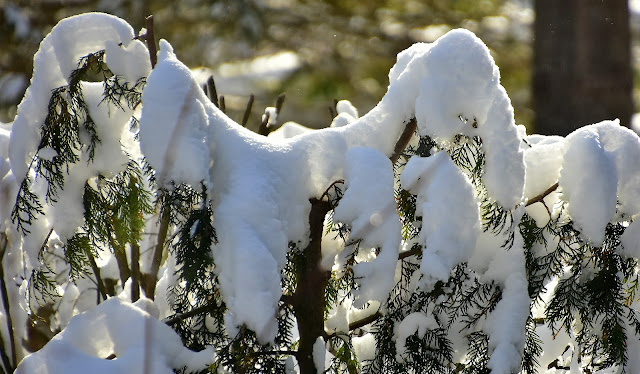 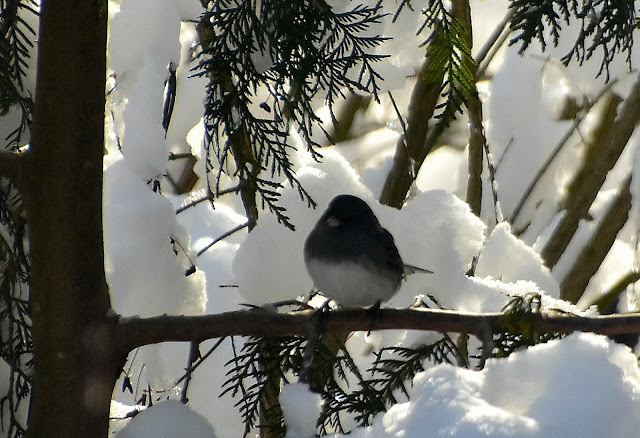 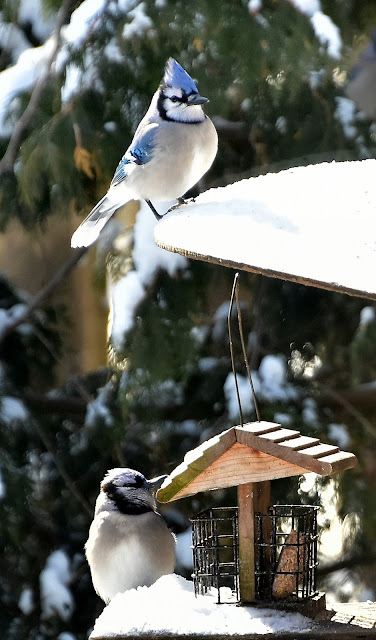 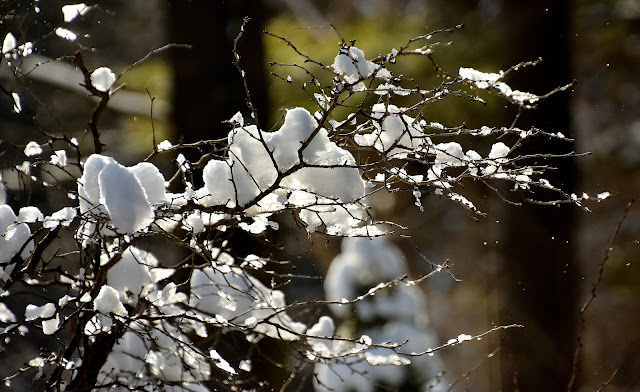 Finished my Convoluted Universe Book 2 today.  Before starting Book 3 I am going to have to take a break and read something lighter and hopefully humorously entertaining.  These Delores Cannon books keep setting my head on fire.  Maybe I'll read something about the shenanigans of Abbot and Costello, The Three Stooges, Laurel and Hardy, or The Little Rascals.  Maybe Dick and Jane have some new adventures out.  Ya, that should untwist my pretzeled mind. 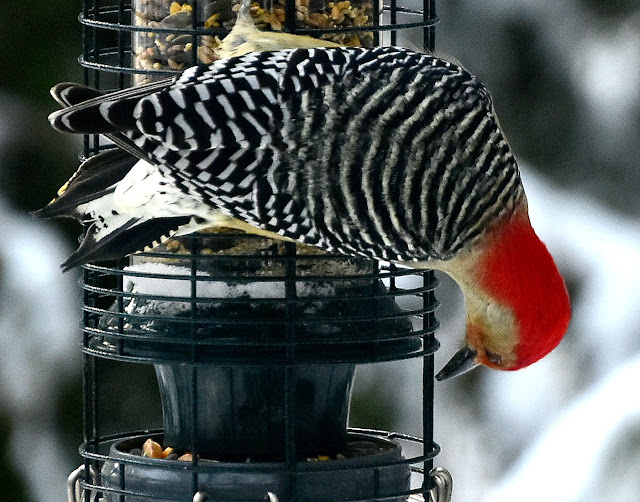 It's that time of year now when I begin paying closer attention to the longer-ranged 14-day weather forecast looking hopefully for the first signs of a temperature shift, a trend, a slight warming of days.  However, looking ahead as far as February 20th I see no signs of warming air yet.  Nothing, zero, zilch.  Drats!!!! 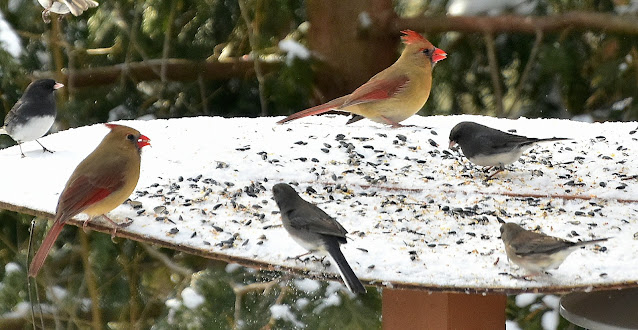 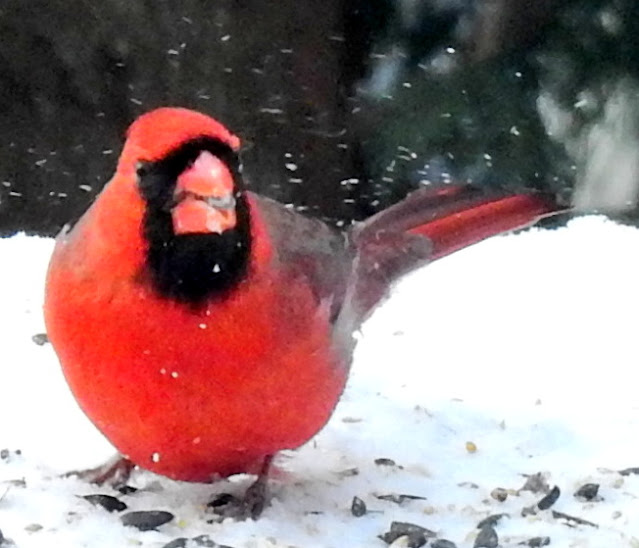 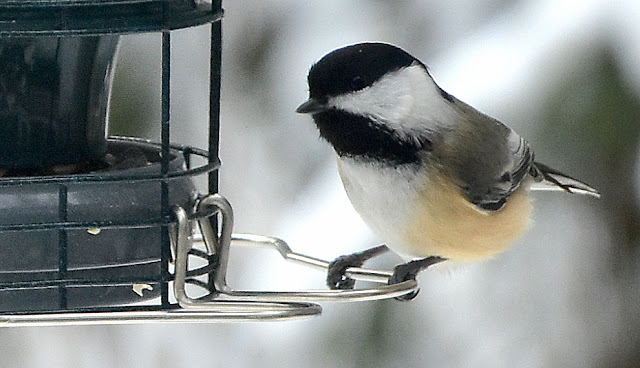 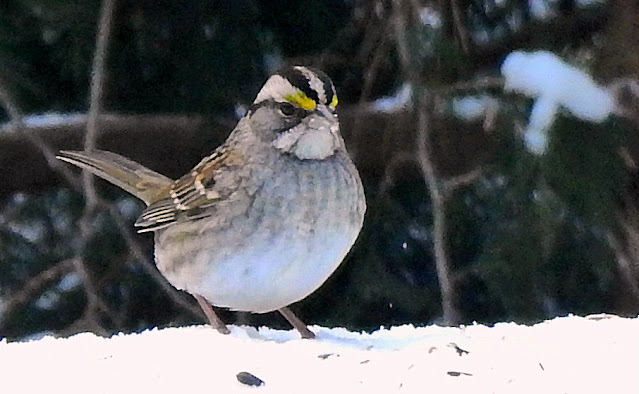 Are you a dipper?  I am.  Anyone who has ever sat down with me for a big plate of bacon and eggs may have gasped when they noticed I am a dipper.  I simply could not and would not attempt to eat my over easy or sunny-side up eggs without dunking my absorbent toast in the yellow yolk.  It does get a bit messy for me of course when transiting that drippy yolk goo from plate to mouth.  Inevitably, I end up with not only yolk on my face, in my beard, and on my mustache but my clean shirt as well.  This back and forth eating procedure can of course become rather disgustingly colorful to an onlooker but I can't imagine trying to sop up that oozy yellow stuff with a fork.  Not even a straw, so I have to soak it up with something else.  'Walla'.....toast.  And don't even bother to ask me how I eat my spaghetti either!! 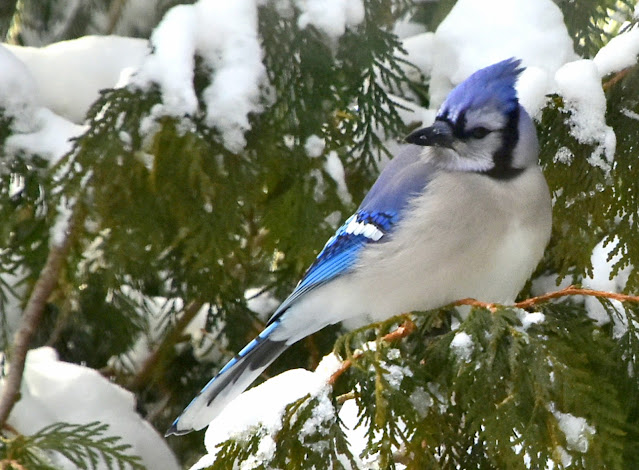 GROANER'S CORNER:((  A man went to a psychiatrist for his phobia.  "Doc," he said, "I've got trouble. Every time I get into bed, I think there's somebody under it. I get under the bed, I think there's somebody on top of it. Top, under, top, under. You gotta help me, I'm going crazy!"  "Just put yourself in my hands for two years," said the shrink, "Come to me three times a week, and I'll cure your fears."  "How much do you charge?"  "A hundred dollars per visit."  "I'll sleep on it," said the man.  Six months later the doctor met the man on the street.  "Why didn't you ever come to see me again?" asked the psychiatrist.  "For a hundred buck's a visit? A bartender cured me for ten dollars."  "Is that so! How?"  "He told me to cut the legs off the bed!"

If you enjoy yelling "What?" from the other room then marriage might be for you.