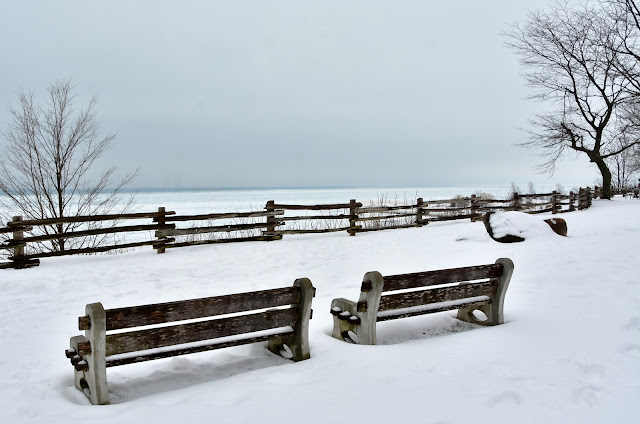 Richard and I had planned on slipping out for a coffee this morning but our weather deteriorated so much overnight we had to call it off.  Blowing snow and bad road conditions made for a blustery morning.  Pheebs and I did consider going for a Jeep ride into Bayfield and back but we both agreed to scrap that idea.  Spent the morning reading. 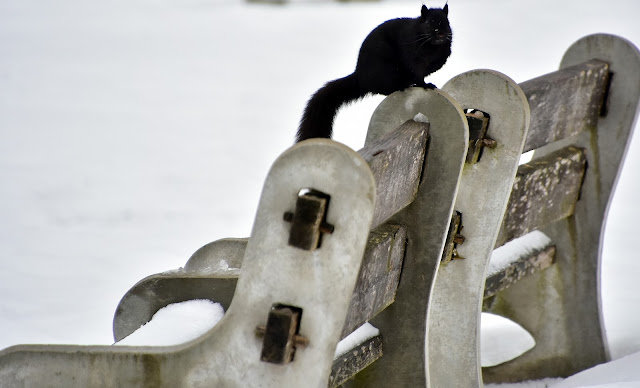 It was the second of two appointments this afternoon at the Anjema Eye Clinic which fortunately enough has a branch right here in Bayfield.   As it turns out it was just a 6-month check-up and everything was fine.  My next check-up is in 6 months.  I think it's every 6 months because I had Type 2 diabetes a year or so ago and I'm back to pre-diabetic now.  I was at the clinic on time for my appointment but they were so far behind they wanted people to wait in their cars so I was able to slip away and snap a few photos at Bayfield's Pioneer Park overlooking Lake Huron. 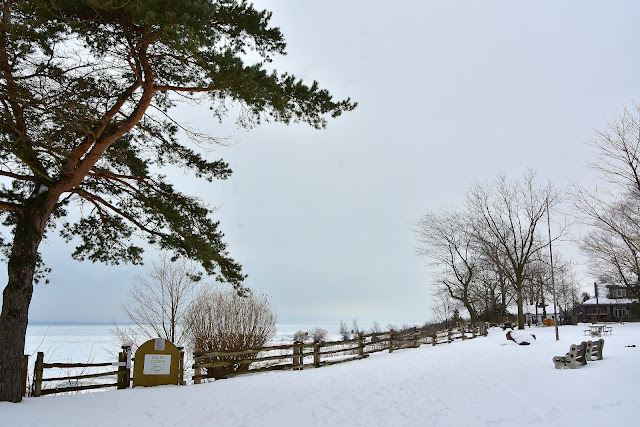 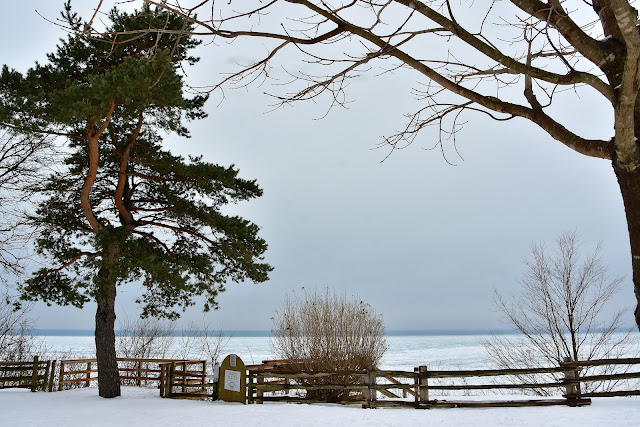 Home again and with a light drizzle in the late afternoon air, I zipped around my paths moving a build-up of heavy wet snow before it all freezes up overnight and over the next four days.  It will be mid-week before we are above freezing temperatures again.

GROANER'S CORNER:((  Bubba & Earl were in the local bar enjoying a beer when they decided to get in on the weekly charity raffle. They bought five tickets each at a dollar a pop.  The following week, when the raffle was drawn, each had won a prize. Earl won 1st prize, a year's supply of gourmet spaghetti sauce and extra-long spaghetti. Bubba won 6th prize, a toilet brush. About a week or so had passed when the men met back in the neighborhood bar for a couple of beers. Bubba asked Earl how he liked his prize, to which Earl replied, "Great, I love spaghetti! How about you, how's that toilet brush?"  "Not so good," replied Bubba, "I reckon I'm gonna go back to paper." 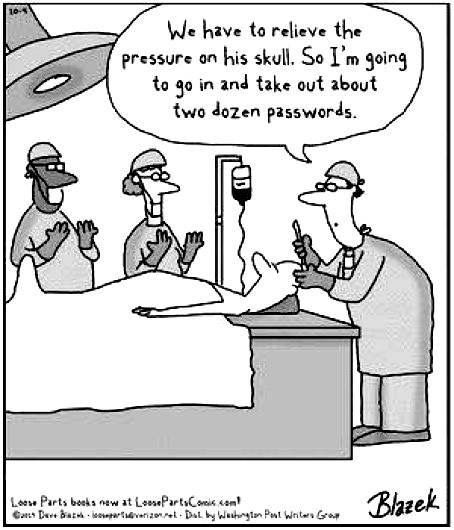 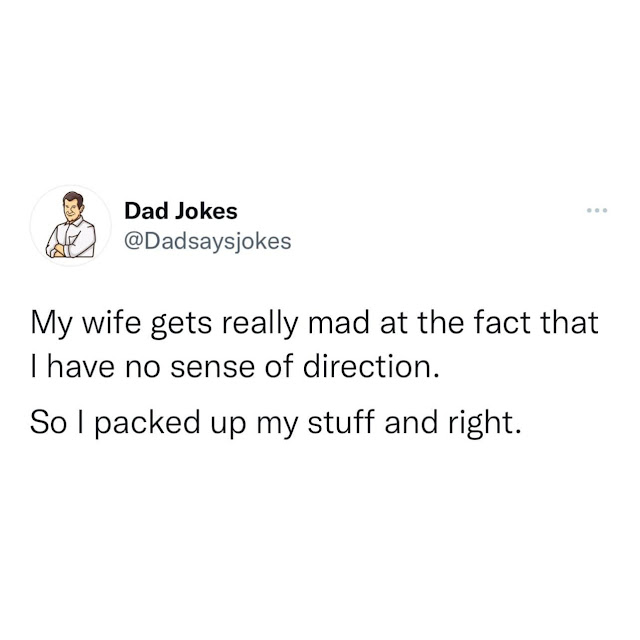