KEEPING THE BIRD FEEDERS TOPPED UP AND SHOVELING SNOW

With another snow dump overnight I think the novelty of shoveling snow has finally worn off.  Especially since it snowed for most of the day.  Cleared two-thirds of my paths this morning before loading up Pheebs and heading out.  I could see it was snowing and blowing in the countryside so we turned the other way and took a short drive into Bayfield and back this morning.  Aside from keeping the bird feeders topped up and shoveling more snow that was it for another winter's day.

GROANER'S CORNER:((    Many years ago, in the south pacific, there was a small island kingdom that was ruled by a kind and benevolent King. Each year, on the King's birthday, the residents of the island gave the King a new throne as a token of their love and respect for him.  And each year, the King would put last year's gift up in the attic of his small grass house. After many years of ruling the island, the weight of a large number of birthday presents stored up in the attic became too heavy and caused the house to collapse down on the King.  The moral to the story is: He who lives in grass house, shouldn't stow thrones. 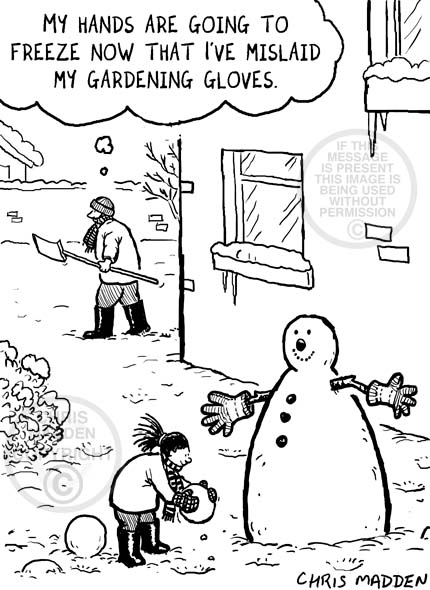