Pheebs and I didn't have any real reason to head for Goderich this morning so off to Goderich we went.  With a weather warning in place, we started off in a light drizzle.  By the time we got to Goderich, there were a few flakes of snow in the air being whisked about by a strong southerly wind.  Grabbed a McDonalds coffee and headed on down to the harbor.I was surprised to see two large lake freighters at anchor on the north side of the harbor.  We slipped out to the Cove's dog walking area but with the wind and blowing wet snow there were no thoughts of a walk. 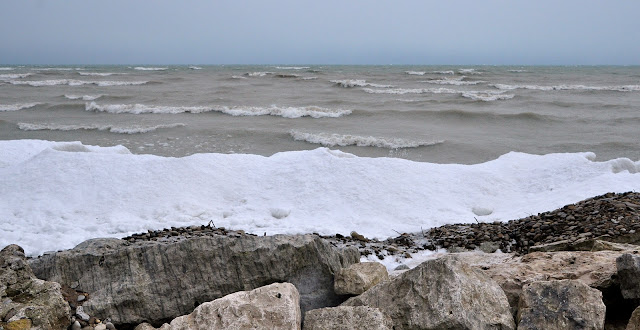 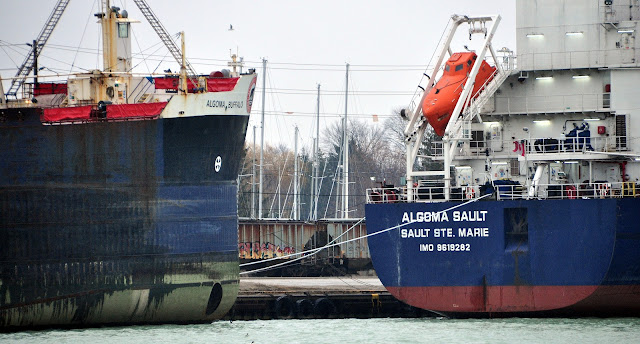 From the south harbor area, we slipped through town over to the north side to have a closer look at the two large ships.  I could tell right away from their high waterlines neither one was carrying any cargo so I assume they are docked there to ride out of the winter. 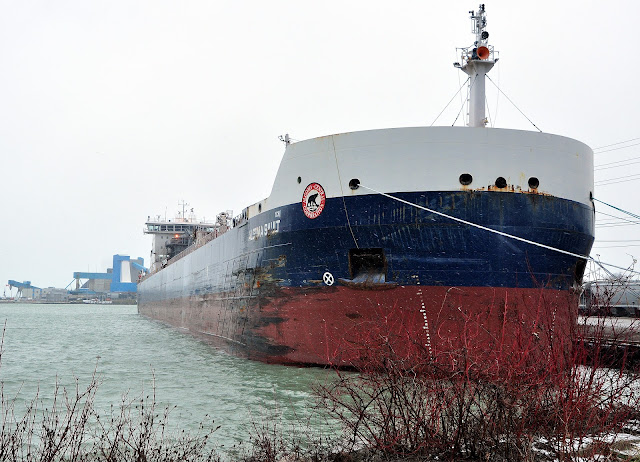 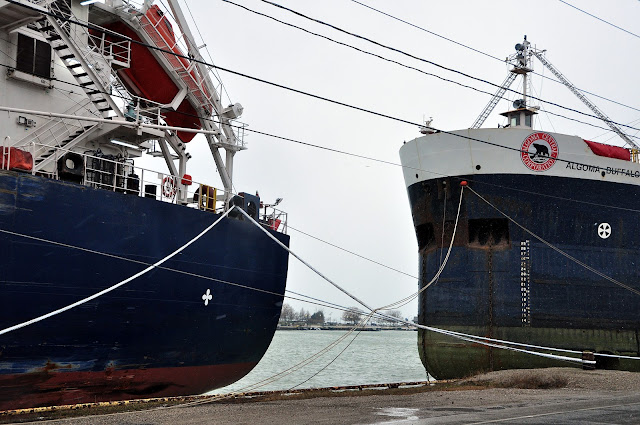 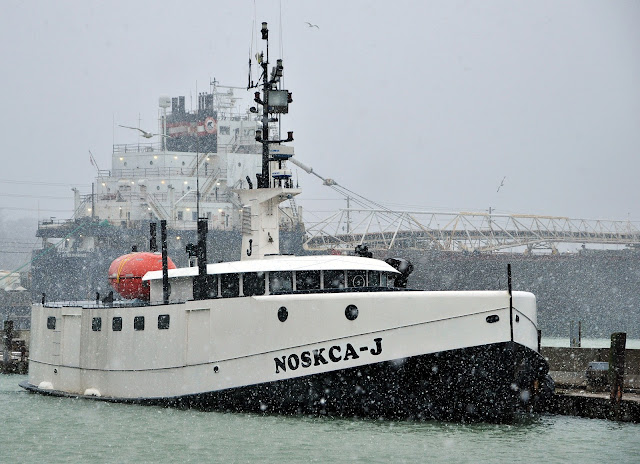 With the storm picking up I figured we had better head for home in case it really gets bad with road closures, etc.

Luckily, the further south we went the more the weather improved. and by the time we got home, there were only a few flurries in the air.  But, that was soon to change and by early afternoon we had growing bands of snow blowing through our front yard. 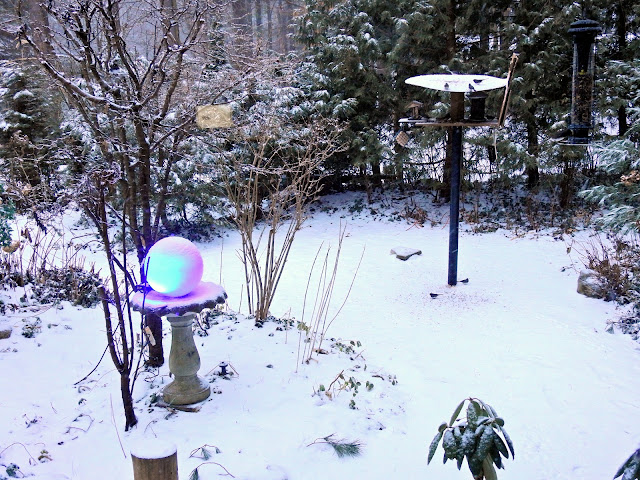 Just think, a month from now the first week of February will almost be over with only 3 short weeks to go to the beginning of March which of course is the homestretch to crocus flowers in early April:)) 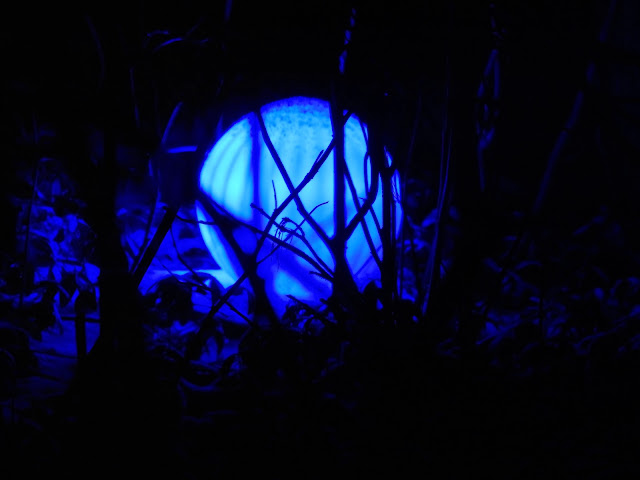 GROANER'S CORNER:))  A magician was working on a cruise ship in the Caribbean. The audience would be different each week, so the magician allowed himself to do the same tricks over and over again. There was only one problem: The captain's parrot saw the shows every week and began to understand what the magician does in every trick.  Once he understood that, he started shouting in the middle of the show: Look, it's not the same hat. Look, he is hiding the flowers under the table! Hey, why are all the cards the Ace of Spades?  The magician was furious but couldn't do anything, it was the captain's parrot after all. One day the ship had an accident and sunk. The magician found himself on a piece of wood, in the middle of the ocean, with the parrot of course. They stared at each other with hate, but did not utter a word. This went on for a day, and another, and another.  After a week the parrot finally said: OK. I give up. What'd you do with the boat ?

This is my step ladder...I never knew my real ladder.

Dear God, so far today, I've done all right. I haven't gossiped, and I haven't lost my temper.  I haven't been grumpy, nasty, or selfish, and I'm really glad of that!  But in a few minutes, God, I'm going to get out of bed, and from then on, I'm probably going to need a lot of help.  Thank you! Amen. 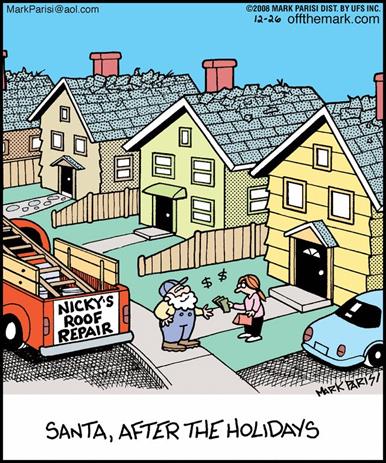