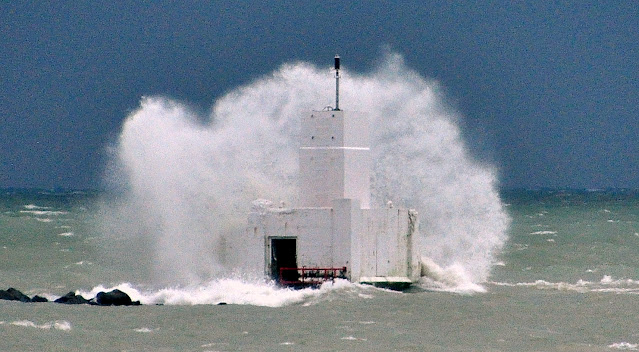 Monday's Post::  Our Sunday night snow turned to freezing rain and as temperatures rose it was just plain cold rain.  Roads were fine as Pheebs and I headed for Goderich where I had a prescription to pick up.  Gas, McDonalds, and down to the harbor we went.  It was obvious from the dark skies out over the lake we were in for some nasty weather.  Wind warnings had already been issued and I could see the wind blowing the tops off a few waves.  Soon, the mass of wind driven rain on the windshield turned to sleet bouncing off the engine hood.  Not a nice morning.  By the time we got to Walmart I had to tightly hang onto my hat as wind-driven sleet swept across the parking lot.  Had I let go of my hat it would have ended up in the next county.    Heading inside I went directly to the pharmacy counter and it was there, after seeing the pharmacy lady approaching with her mask on, that I right away realized I had completely forgotten to wear my mask.  The lady didn't say anything to me as I nervously glanced to my left and right in case of incoming encounters.  Picking up my prescription and with my head tipped down and tucked tightly into my chest I made a hasty exit out of the store without any confrontations.  The thought did occur to me that maybe I should have pulled my coat over my head.  Now, I'm not against wearing a mask, I had just forgotten to put it on.  In fact, there is an upside to me wearing a mask.  It thankfully covers the lower half of my grumpy-looking face and I don't hear people nearby uttering, "oh that poor man looks so mad about something".  Also, nobody can see my lips moving when I am having a rather deep conversation with myself, nobody can see I've trimmed one side of my mustache shorter than the other side again, and the mask nicely soaks up great volumes of nose drippings on cold winter days. 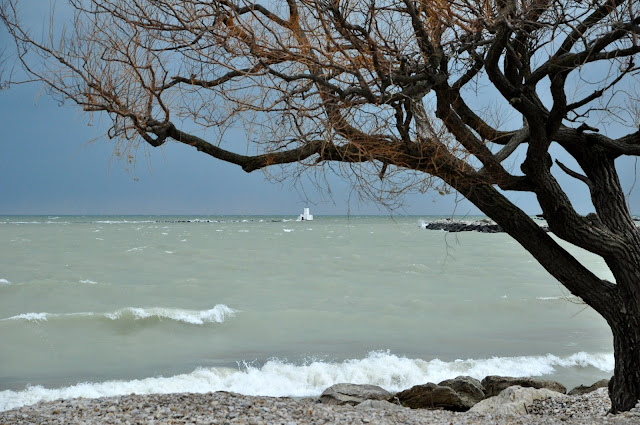 On the way home there were small branches and twigs on the road here and there from the increasing winds.  Kelly said our power had gone out shortly after Pheebs and I left earlier and that it had come on again minutes before we got home.  I reset all our light timers inside and out.  Winds increased in the afternoon and around 2 p.m. our power flickered off and came on again but this time our internet was gone.  And it stayed gone.  I reset all our light timers inside and out.Somewhere around 4 p.m. while I was typing this post the power went out again.  Frustrated, I did not reset all our timers this time!!  That power outage lasted to nearly 10 p.m.  In the meantime, we had cold turkey sandwiches by candlelight.  Luckily my lighted Kindle reader had a good charge on it so I was able to read for a few hours.  Kelly read her book by candlelight which was no problem for her.  I'm convinced she can read a book in total darkness.  Not knowing if it was just our Park out of power which is usually the case, I took the Jeep for a spin into Bayfield to see if it was a widespread outage.  Nope, everybody had power except our Park.  That made everything normal of course.  Home again, I settled in with my Kindle reader when suddenly about 9:45 there were those oh so welcome sounds of our power coming back on.  'Snap, Crackle and Pop' plus 'Plop Plop Fizz Fizz Oh What A Relief It Is' I thought to myself.  Of course, I didn't have my mask on so anybody peeking in the window could have seen my lips moving:((  And holy smokes, our internet was finally working again by then as well.  Geeeezzzz, all the good stuff just up and happened all at once.  It was already too late to finish Tuesday's post so I published a quick power outage update and went to bed. 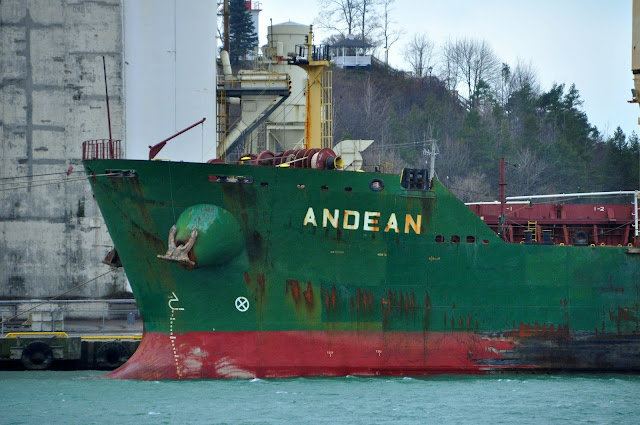 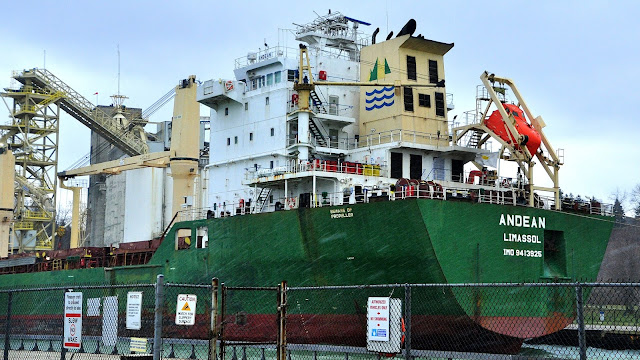 Tuesday Post::: We woke up to a thin layer of snow on the ground.  The big winds were gone and had left us with a slate-gray sky and cold 23F temperatures.  Needless to say, it was an uninspiring morning for a Jeep ride but Pheebs and I did slide into and around Bayfield before returning home well less than an hour later.  And that was it for the day. 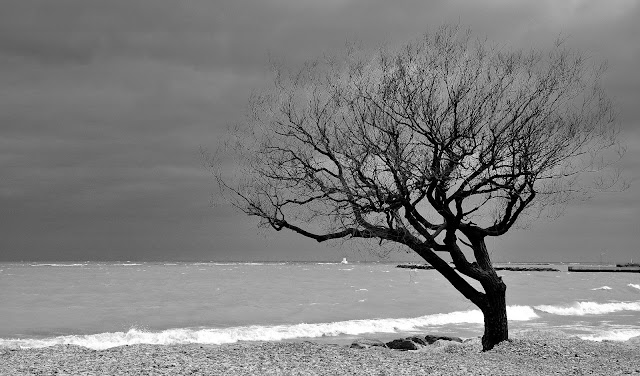 GROANER'S CORNER:((  Two English butchers, who hated each other, were doing business across the street from each other for ten years. For the full ten years they always competed for the other's business.  One butcher would put up a sign reading, "Sirloin: $2.50 a pound" and the other would put up a sign "Sirloin: $2 a pound." The first would put up a sign reading, "Whole pork loin: $1.85 a pound" and the second would, again, under-price him.  This went on for the full ten years; back and forth, back and forth. One day the first butcher got a bright idea. Instead of advertising his prices, he placed a professionally painted sign reading, "The Queen buys all her meats here."  The next day another professionally painted sign appeared in the window of the butcher shop across the street which read, "God save the Queen." 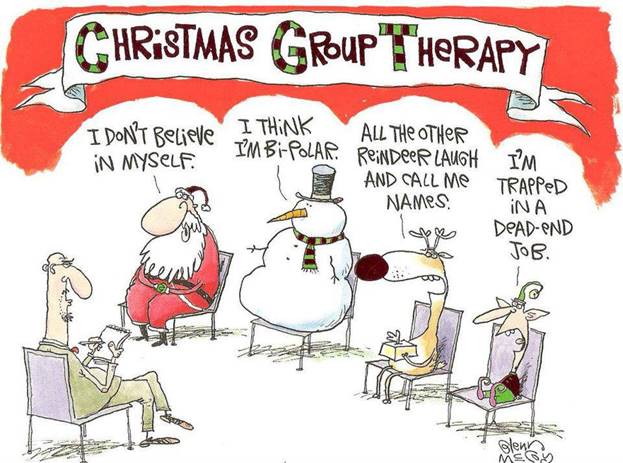