Well, I know it's getting kinda old but for our third morning in a row Pheebs and I took ourselves for another short drive into and around Bayfield.  We again had to make it short because Pheebs had an appointment in Clinton at the Groomers for 10:30.Although pleasantly milder this morning there was a constant drizzle in the air.  We had Pheebs at the Head To Tail Groomers on time and the lady said to come back in an hour and a half.  With that, we were down to the south end of Clinton and out to a little place on the highway called Kate's Station.  The last time we were here was last Spring when Pheebs had her Spring tune-up at the groomer.  It was bacon and eggs with sausage, home-fried potatoes, toast, and coffee.  It's a good thing we are at a stage now where we don't eat out much anymore.  That breakfast for two plus tip sure ripped the ba-jeepers out of a thirty-dollar bill.  Kelly had to settle me down and remind me that we only do these bacon and egg breakfasts twice a year now.  Ya but!!!!  By the way, the breakfast itself was great and especially the potatoes.  I only ate two-thirds of mine and the rest we brought home and I ate it for supper.Following breakfast, we drove around the old World War 2 airforce radar base in a little place called Vanastra right next to Kate's Station.  Some of the old airforce quonset huts and buildings are still standing.  I've done a few posts on this old airforce base over the years and it was actually a top-secret installation during the war years.  Vanastra is a community now with many of the old wartime houses fixed up as well as a number of new homes built over the years.We picked up our spiffy little girl right about the stroke of noon and headed for home.  She always looks, smells, and feels so nice and soft after her time at the Spa.  What a cutesy little patootsy she is. 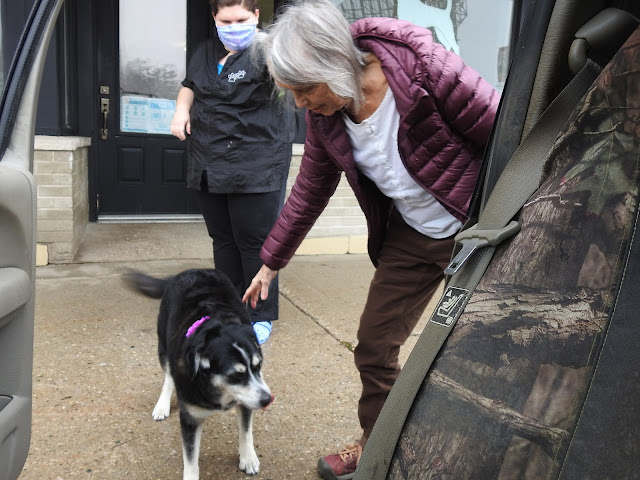 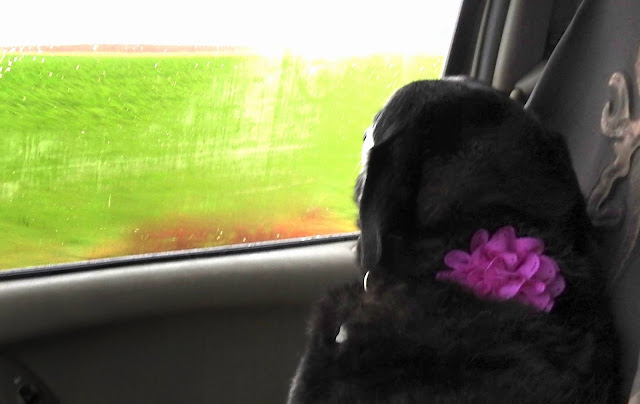 Home again it was ditto-ditto for the afternoon so not much to tell you about there.GROANER'S CORNER:((   A man lies on his deathbed, surrounded by his family: a weeping wife and four children. Three of the children are tall, good-looking and athletic; but the fourth and youngest is an ugly runt.  "Darling wife," the husband whispers, "assure me that the youngest child really is mine. I want to know the truth before I die, I will forgive you if-"  The wife gently interrupts him. "Yes, my dearest, absolutely, no question, I swear on my mother's grave that you are his father."  The man then dies, happy. The wife mutters under her breath: "Thank God he didn't ask about the other three." 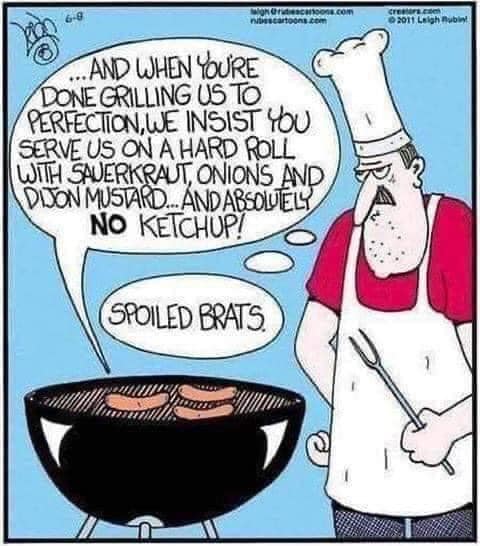