I KNOW THERE WILL BE THOSE OUT HERE ROLLING THEIR EYES

A slightly different start to the day with me in our little Class C rig and Kelly and Pheebs following along behind in the Jeep.  Had to have Scooter at the Bayfield Garage garage by 8 a.m. to have the cooling system pressure tested for a leak.  The Jeep crew picked me up and back home we did go.  Grabbed my camera and off Pheebs and I went for a wee drive through the countryside.  It was a cold windy cloud studded day and I never found much in the way of photos.Early afternoon found the Jeep and I traveling by ourselves to Goderich for a 1 p.m. appointment at the Napa True-Centre Autopro for an oil change.  All went well there and I was in and out in less than half an hour.  Good stuff.  The Bayfield Garage called later and verified my suspicions about a leak in our rig's cooling system.  They did a pressure test and there is a leak at a sensor on the engine's head or something.  They have ordered the part to fix that, so Scooter will be camped out at the Bayfield Garage over the weekend until Monday when that problem can be fixed.  And it's not a cheap fix.  No surprise there of course with the way things are nowadays.  Just sometimes makes me want to turn around and walk away from everything. 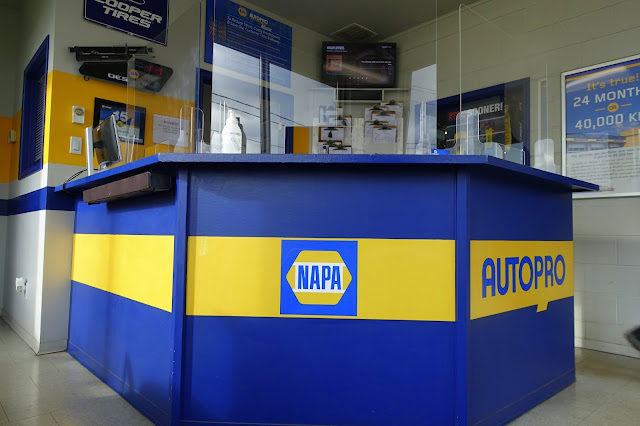 I'm way behind in keeping some of you interested folks updated on the books I have been reading these past number of months.  Starting with the book I am now reading I'll work my way backward......'The Long Road Home by Adrian Vincent' is a British soldier's account of his 5 years in a German prisoner of war camp during the second world war.  I am enjoying this book.  'Canadian Bushwacker: A Lifetime In The Wilderness' by Robert Cuerrier is another good book with a definite Canadian slant.  'Stardust Ranch' by John Edmonds and Bruce McDonald is an incredible story along the lines of Skinwalker Ranch and takes place in Buckeye Arizona. (a place Kelly and I have been more than once)  Keep in mind I don't read fiction books and this story is another real mind opener.  'Flying On Instinct: Canada's Bush Pilot Pioneer' by L.D. Cross.  Good book.  'Memories From My Logbook: A Bushpilot's Story' by Lynn Wyatt.  'One Story One Song' by Richard Wagamese.  I like these kinds of stories......Now for some real mind benders!!  'Penetration: The Question Of Extraterrestrials and Human Telepathy' by Ingo Swann.  UFOs by John McDonald is another very revealing read.  'The Science Behind Alien Encounters' by Robert Farrell.  Good stuff.  UFOs: Interplanetary Visitors' by Raymond Fowler.  All these books are eye-openers and mind challenging.  'UFO Frightening Encounters' by Tom Lyons and Max Sanders.  'Beyond The Extraterrestrial Firewall' by Steve Boucher. (a Canadian story right here in Ontario)  'The UFO Experience' A Scientific Inquiry' by J. Allen Hynek.  'The Keepers: An Alien Message For The Human Race' by Jim Sparks.  'Aliens Disclosure' by Lon Strickler.  'Do Aliens Exist' by Jack Lindberg.  'UFOs And Aliens: Area 51' by Alex Monaldo. 'The Key' by Whitley Strieber.  Area 51 by Annie Jacobsen.  'Dimensions' by Jacques Vallee.  Passport To The Cosmos' by John E. Mack.  'In Plain Sight' by Ross Coulthart.  'Cover Of Darkness: The Memoirs Of A World War 2 Nightfighter' by Roderich Chisolm.  'Normandy To Nazi Surrender' by Colonel Van H Slayden.  'I Was Just A Radioman' by Pamela Ackerson.  I have probably missed a few books in this list but basically, these are the latest books I have been reading these past months.  I know there will be those out here rolling their eyes at all the UFO books I read but I find it a fascinating and challenging subject that I feel definitely will come to the forefront of reality at some point in our uncertain future and confusingly scare the absolute bejeebers out of a lot of uninformed people.          GROANER'S CORNER:(( Points To Ponder::  Some of these are old and some are new........

1. Is it good if a vacuum really sucks?2. Why is the third hand on the watch called the second hand?3. If a word is misspelled in the dictionary, how would we ever know?4. If Webster wrote the first dictionary, where did he find the words?5. Why do we say something is out of whack? What is a whack?6. Why do 'slow down' and 'slow up' mean the same thing?7. Why do 'fat chance' and 'slim chance' mean the same thing?8. Why do 'tug' boats push their barges?9. Why do we sing 'Take me out to the ball game' when we are already there?10. Why are they called 'stands' when they are made for sitting?11. Why is it called 'after dark' when it really is 'after light'?12. Doesn't 'expecting the unexpected make the unexpected expected?13. Why are a 'wise man' and a 'wise guy opposites?14. Why do 'overlook' and 'oversee' mean opposite things?15. Why is phonics not spelled the way it sounds?16. If work is so terrific, why do they have to pay you to do it?17. If all the world is a stage, where is the audience sitting?18. If love is blind, why is lingerie so popular?19. If you are cross-eyed and have dyslexia, can you read all right?20. Why is bra singular and panties plural?21. Why do you press harder on the buttons of a remote control when you know the batteries are dead?22. Why do we put suits in garment bags and garments in a suitcase?23. How come abbreviated is such a long word?24. Why do we wash bath towels? Aren't we clean when we use them?25. Why doesn't glue stick to the inside of the bottle?26. Why do they call it a TV set when you only have one? 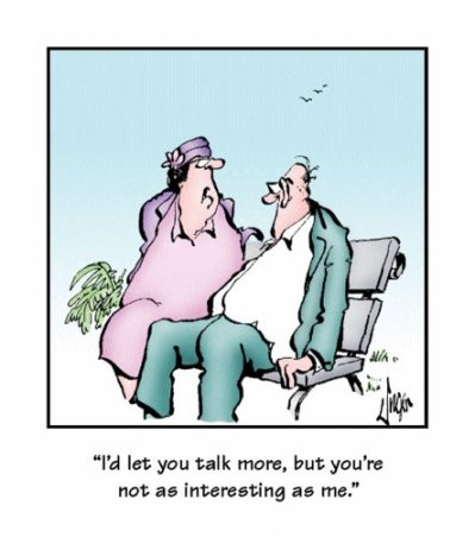 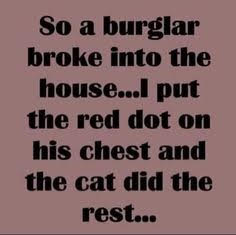