Wind, rain, and 52F temps knocked out our morning walk so it was off to Goderich we went.  Slipped down around both the south and north sides of the harbor having a look at some construction going on. 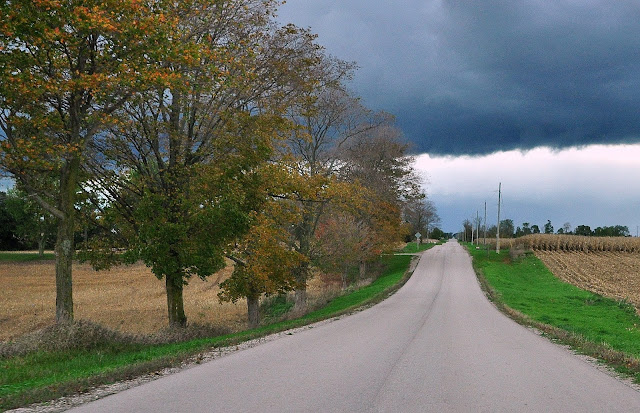 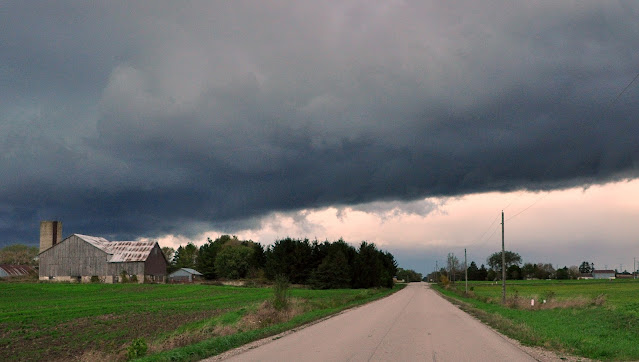 I had checked online a couple days ago to see if Walmart had any one-cup coffee makers in stock and it said they had one Black&Decker left.  Same as the one I have now.  So, after our harbor tour, we swung up the hill and headed for Walmart.  Well, wouldn't you know it, there was no Black&Decker one-cup coffee maker to be found.  I figure somebody walked into the store 5 minutes before I got there and grabbed that coffee maker right off the shelf.  Sound logic on my part I'd say.  Undaunted, I checked out the Canadian Tire Store next door but alas, I was foiled again.  Well, at least my current coffee maker isn't totally broke, it's half broke.  It makes half a cup of coffee and stops.  I then have to manually pour water over the coffee grounds until it dribbles out and tops up my cup.  I guess I can live with that until I'm able to track down another one-cup coffee maker somewhere, someday.Seeing a guy coming out of Walmart this morning with shorts on I was glad I had on my lined winter pants.  There was ice in the cold rain in the form of hail.  Not a lot of hail but I could see a few pellets bouncing off the Jeep's engine hood when we were down around the harbor. 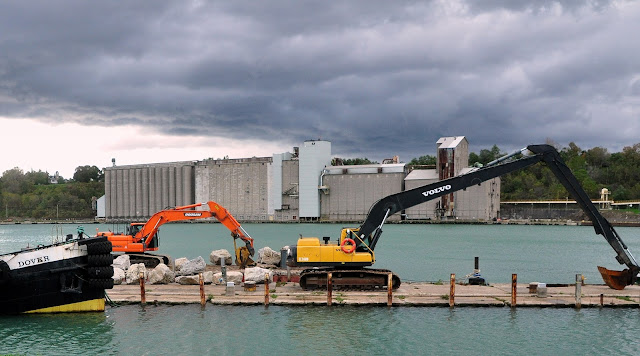 Kelly's sister Becky flew up from Florida Friday so there might be a slim chance that Kelly can catch a break and maybe head on home soon.  It's a very uncertain situation there so we'll see what happens.GROANER'S CORNER:((    Mary and Jane are old friends. They have both been married to their husbands for a long time; Mary is upset because she thinks her husband doesn't find her attractive anymore.  "As I get older he doesn't bother to look at me!" Mary cries.  "I'm so sorry for you, as I get older my husband says I get more beautiful every day." replies Jane.  "Yes, but your husband's an antique dealer!"

Q: What do you call a bunch of rabbits in a row all hopping backward?

A: A receding hare line. 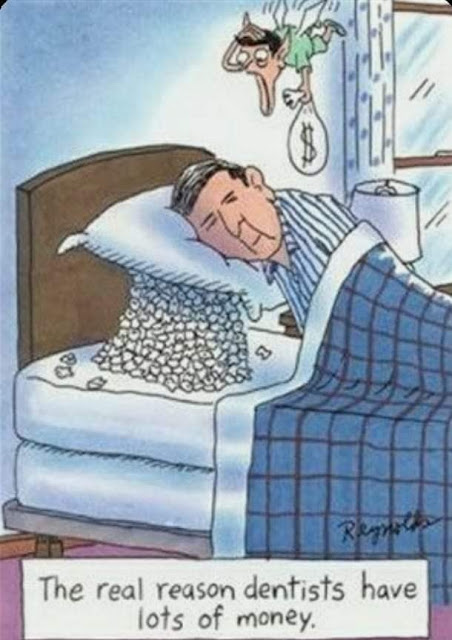 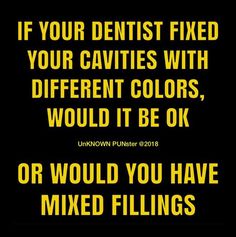