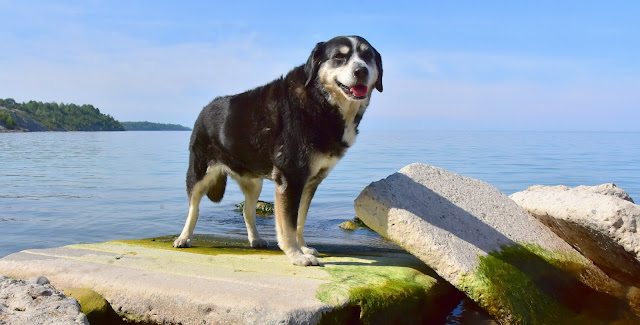 It was 10 p.m. Tuesday night when Pheebs and I slipped out the door, into the Jeep, and headed east out Bayfield River Road to our dark sky nightspot.  Soon as I stepped out of the Jeep I saw I had misjudged the sky as a cloud cover blotted out much of the eastern horizon.  No problem, I got out my star chart and traveled myself around the areas of clear sky I could see.  Clouds finally did clear in the east and I was able to see the constellation Scorpios.  I also saw 2 jets, 2 satellites, and 1 low-flying propeller plane. And out the corner of my eye, I caught what could have been an Iridium flare.  I remember those flares from years ago when there were a number of Iridium satellites in the sky.  Starry night skies sure are a place of wonderment and awe.  A marvelous place to be for those of us interested in the mysteries of the vast Universe.....................  In the immortal words of  the Honeymooners Ralph Kramden, "how sweet it is" Pheebs and I headed off in the direction of Goderich this morning with front windows down, no heater on in the Jeep, and me finally in a short sleeve shirt again.I knew the town of Goderich was going to begin charging people to park in the beach areas and I was curious to see what kind of setup they had installed these past few days.  Parking won't be enforced for another couple of weeks but I was disappointed to see a 'parking machine' located right next to the trail in the dog walking area.  Goderich residents are exempt from these parking fees so the writing was on the wall for non-residents like Pheebs and I.  Although we can still drive as far as the cove area we can't stop there anymore unless we pay for it so I'm afraid this morning may well have been one of our last walks on the doggy trail there. 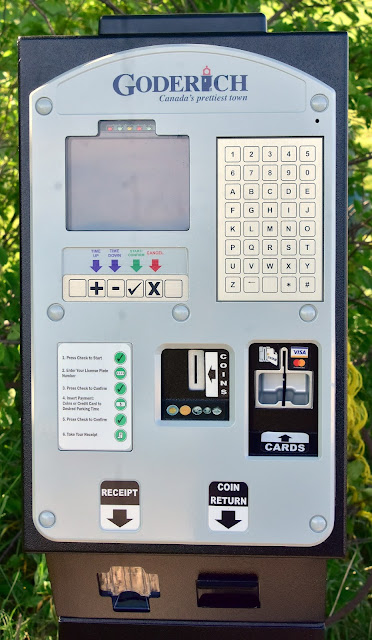 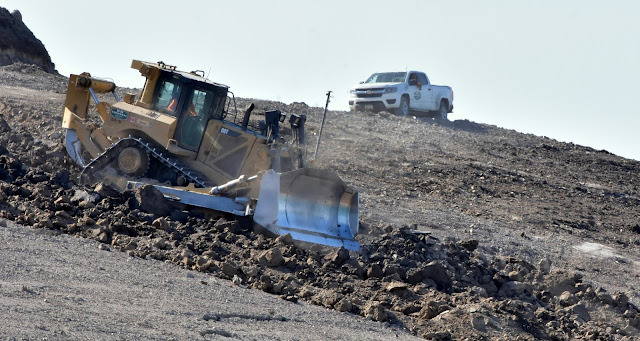 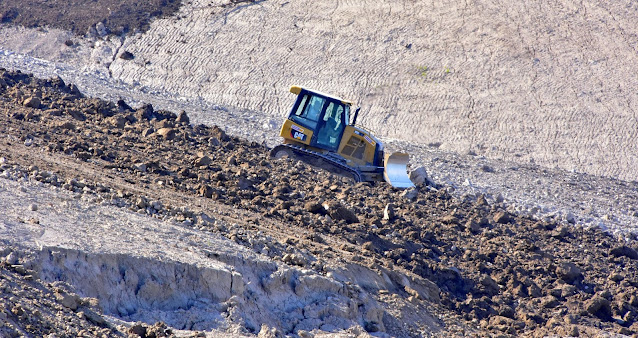 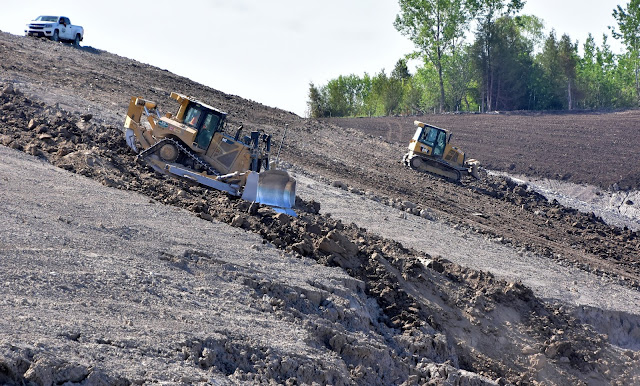 Picked up a few things at Walmart and headed home.  I could hear chain saws going and machines working again in the direction of the Pine Tree Trail so Pheebs and I took a walk over that way.  The orange skid-steer was right on the last section of trail dragging out fallen pine trees.  We turned around and came home:(( 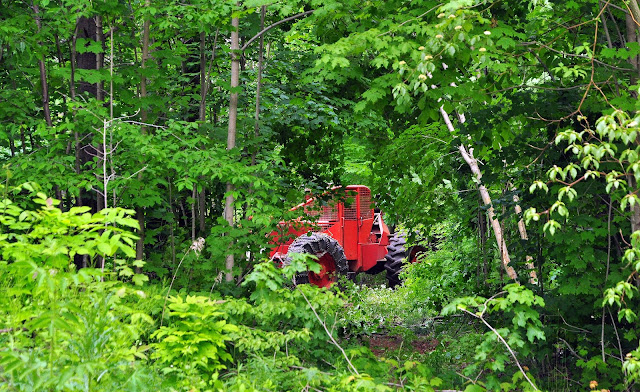 Our temps got up into the low 70's and our sunny day gave way to a cloud cover by mid afternoon.  And a few dopples of rain around 6 o'clock. 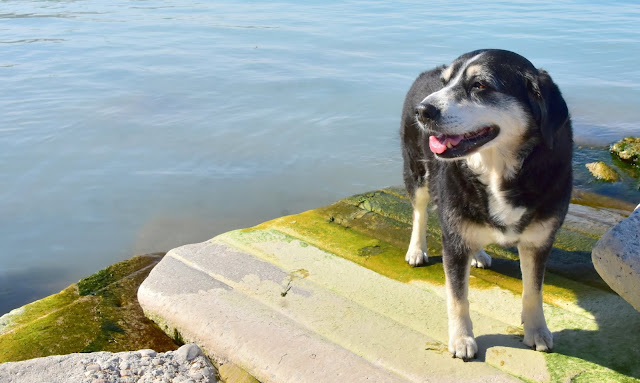 GROANER'S CORNER:((  A man put his car in reverse and accidentally drove it into a wall. He took it to his mechanic, who replaced the dented bumper.  A few days later, he actually did it again. "I'm so embarrassed," he moaned to his wife while he reached for the phone.  "Why not tell him it was me this time?" his wife suggested.  "I could," he said while dialing, "but that's what I told him last time." 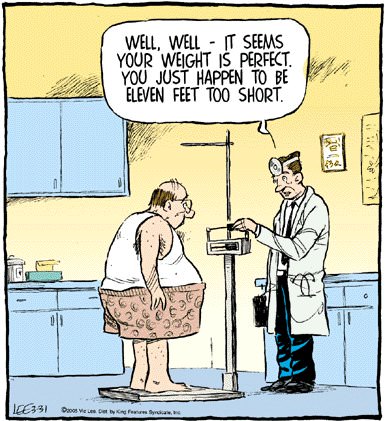 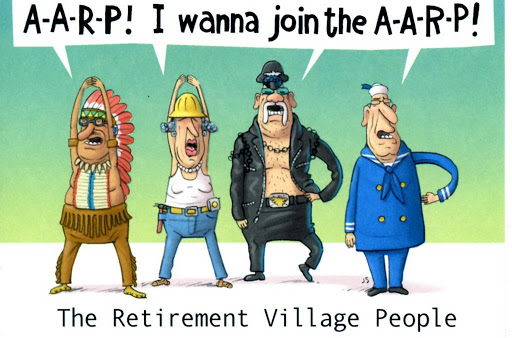