WOULD YOU BELIEVE I HAVE MADE TWO MORE OMELETTES

We didn't make it into Bayfield Monday night but we did make out into the countryside later  It was 10 o'clock when Pheebs and I piled into the Jeep and headed east out to our starry night spot.  I didn't haul any camera gear out but I did unfold my gravity chair, and tip back with binoculars in hand.  I could feel a touch of warmth in the air.  Pheebs stretched out in the grass beside me after exploring around the road for about 10 minutes.  Despite the brightness of the growing Moon I was still able to spot 4 satellites and what I thought might have been the International Space Station. (yes it was)  I did see something I had never seen before though and that was two faint satellites traveling the same direction at the same speed, side by side from the southwest to the northeast.  Hard to tell the degree of separation but from my earthly vantage point they were very close together.  I watched them in my binoculars for about 40 seconds.  Had they, or either one, made a noticeable deviation on that course I would have right away chalked it up as my first UFO sighting.......... It was so nice in the quiet countryside tipped back under the stars listening to distant crickets and the occasional sound of an odd-sounding bird flying overhead.  When I first heard the faint sound a couple nights ago I thought it was a far-off Coyote until the sound passed overhead in the darkness several times.  And no, we don't got no flying Coyotes around here.  The other nice thing I noticed was the smell of fresh earth.  I could see the lights of a farmer's tractor about a quarter-mile up the road working a field in the darkness.  The smell of the earth he was turning up had the nicest soothing aroma to it.  Pheebs and I stayed about 40 minutes then packed things up and headed home.  On the way back I thought, maybe if I could sleep all day and only come out at night when the world is so quiet, I could improve my life.  It's those seriously silly kinds of thoughts one gets when one hangs around by oneself:))  Oh, by the way.....it is just shy of a 4.5 mile round trip from home to the 'night spot' and back again. 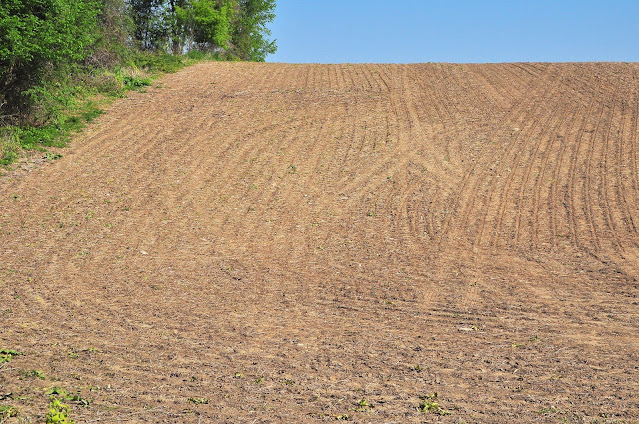 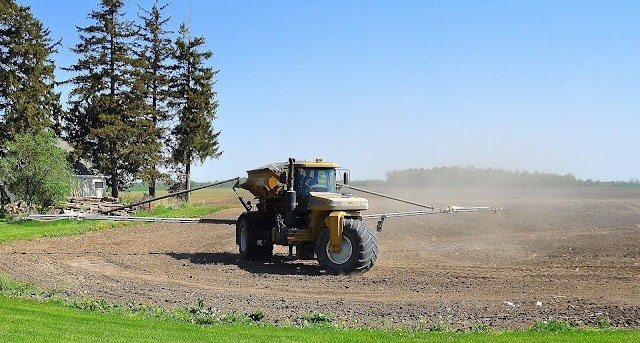 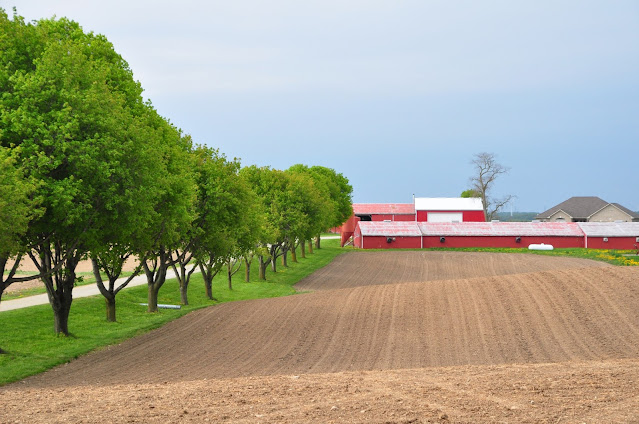 Another sunny morning again had us out the door with coffee in hand and on the road by 8:30.  Followed our standard southeast route after rolling through Bayfield.  Knowing of a forested farm lane we stopped for a walk in the woods.  For me, forests are places of wonderment and childhood magic.  In Tavistock Ontario, I grew up close to two large forests and spent many countless hours of my pre and early teen youth wandering and playing in and around the tall stately trees stretching skyward from the mottled forest floor.  Both those forests are still intact although the once easy access to them is gone.  Tavistock's new suburbia saw to that. 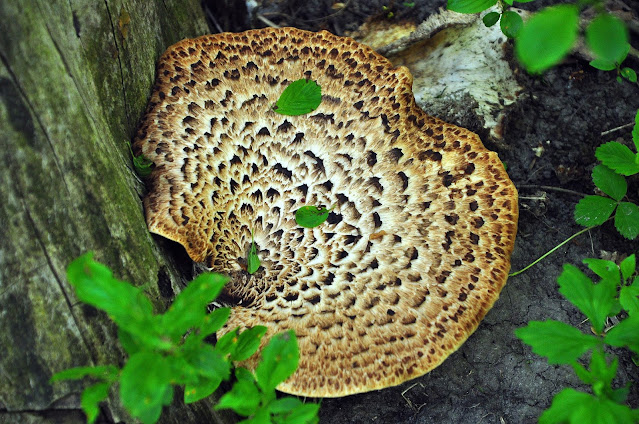 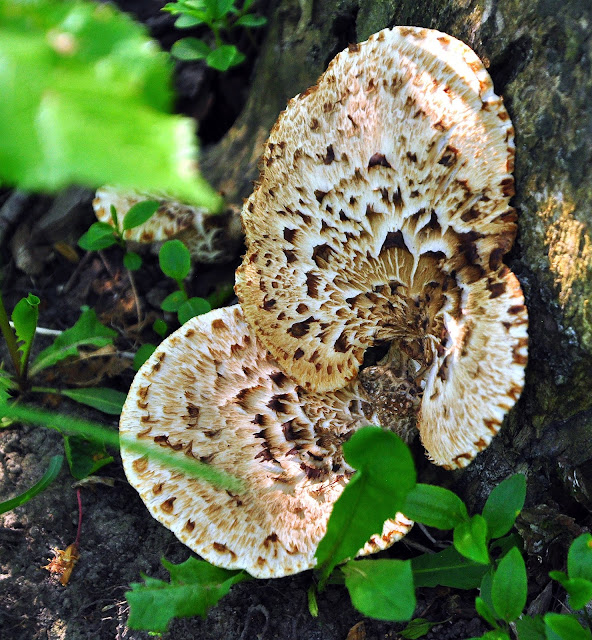 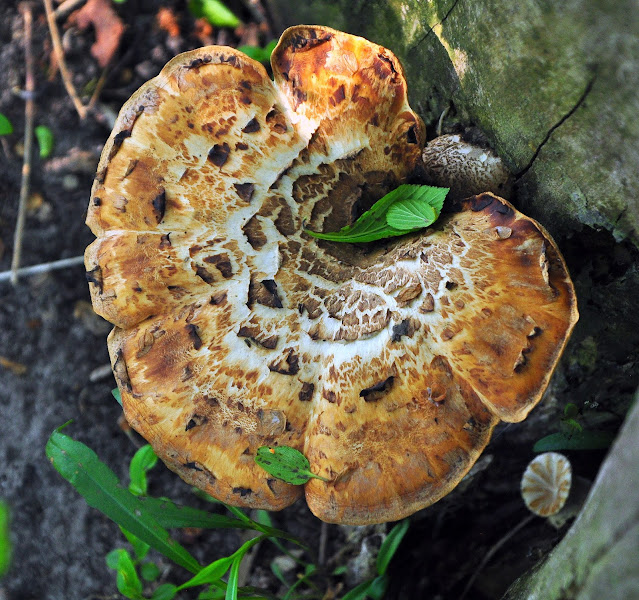 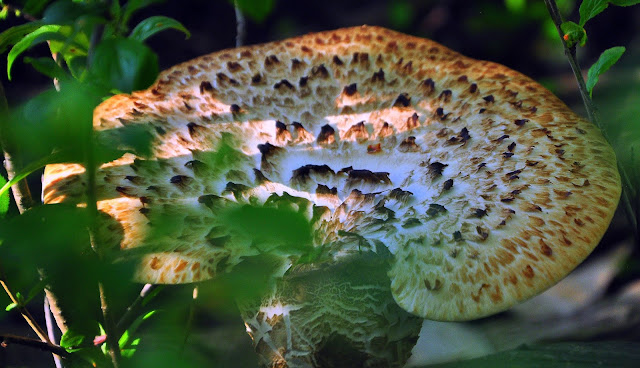 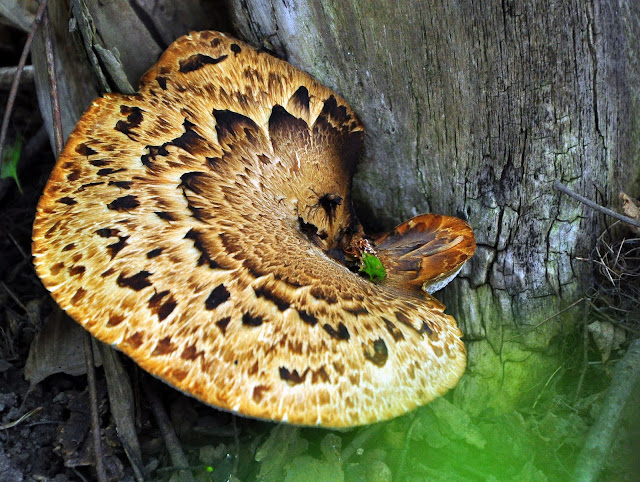 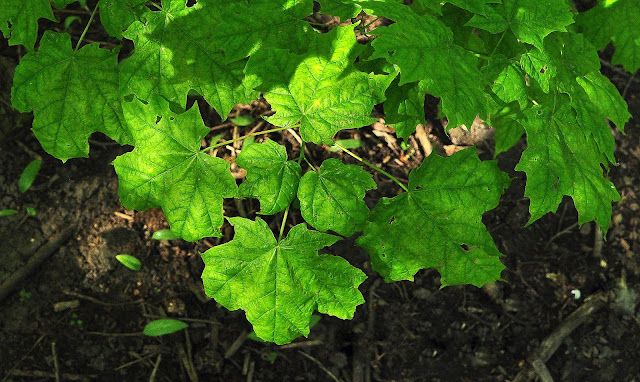 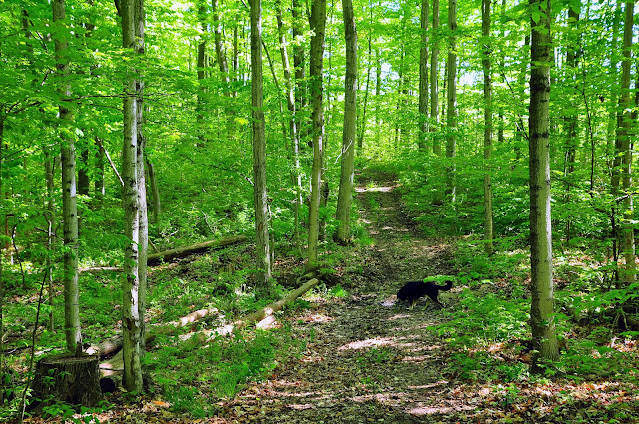 Home by 11 I trotted out our battery-powered lawn mower and cut some grass.  We don't have a lot so it doesn't take long.  I've probably mentioned this a dozen times before but I love our quiet battery-operated mower.  It's just the right mower for our little bit of grass.  Fired up the weed whacker as well and did a bit of trimming.  As it turned out we had a pleasantly quiet morning in our Park.  No chain saws or heavy equipment chugging and churning around all over the place.  Our noisy radio neighbor must be away because all is thankfully quiet over there.  Savor the moment Al, savor the moment. 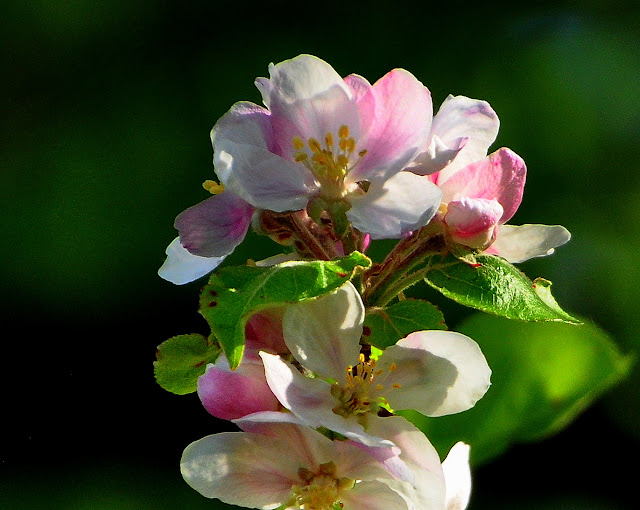 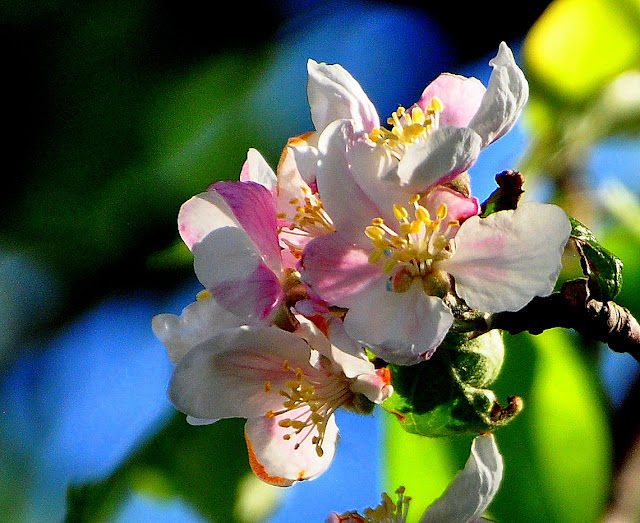 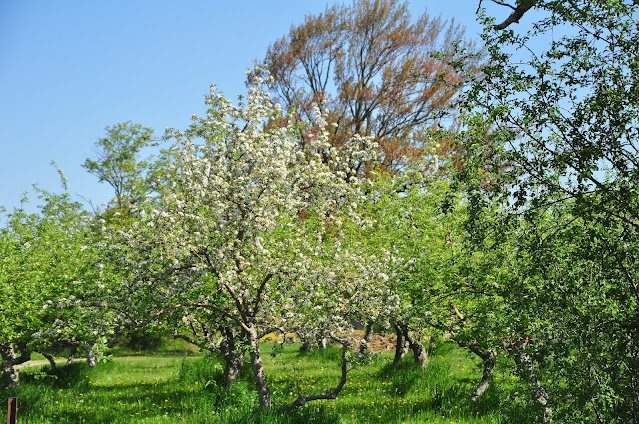 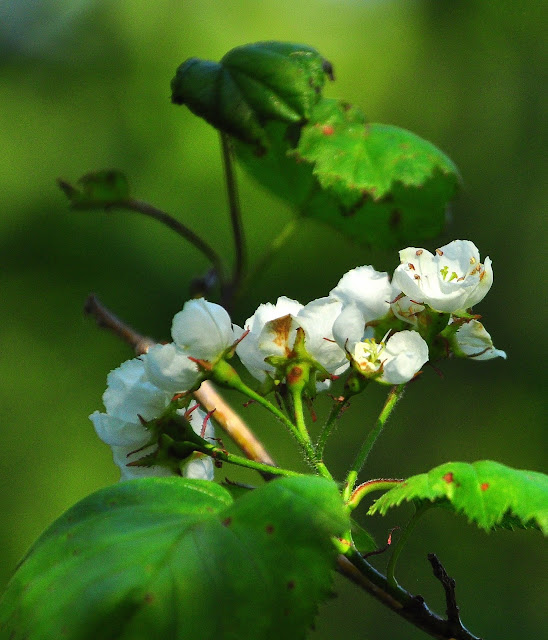 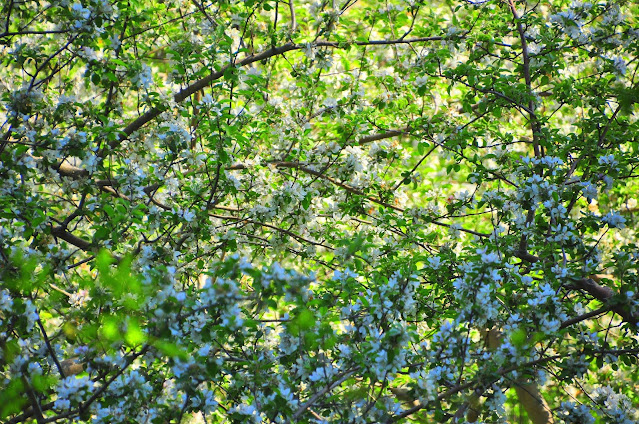 A gentle reminder from Spencerport NY this morning that it is our 19th wedding anniversary today.  That's the longest I have ever been married in my whole life and I have to give all the credit to Kelly for her patience, tolerance, understanding, stamina, and fortitude.  She's quite a Gal, and she is the best.  Pheebs and I love her dearly:)) 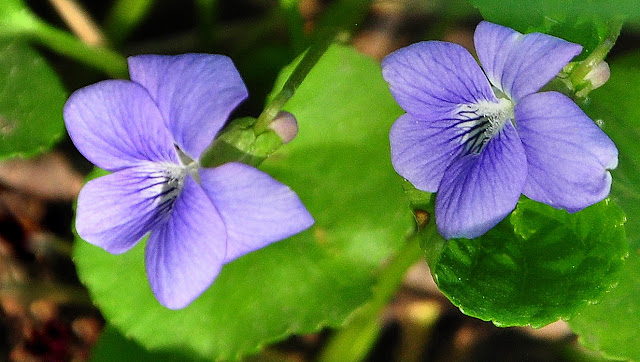 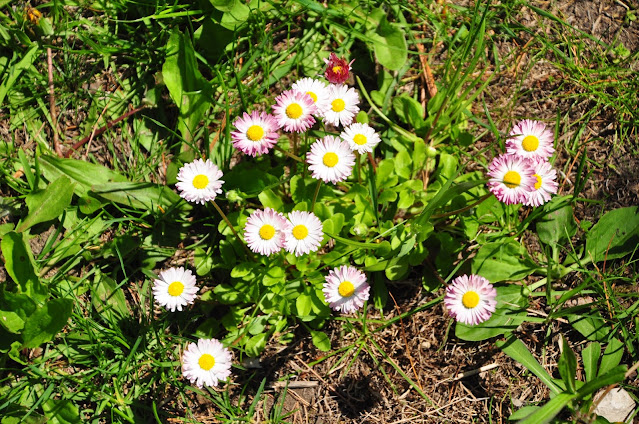 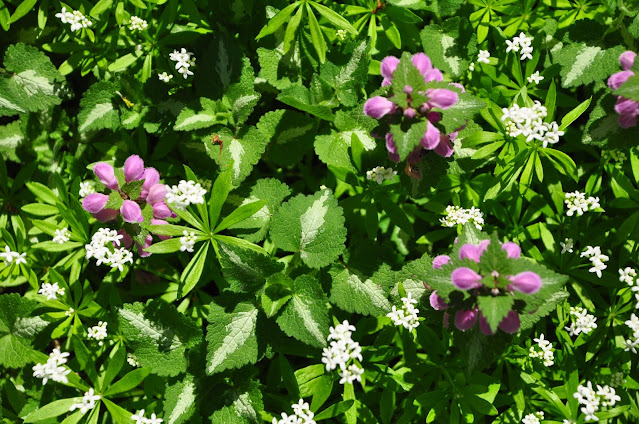 It was a short walk around the Park's pond this afternoon with both Pheebs and I kinda dragging ourselves along.  Too warm??  Oh say it isn't so. 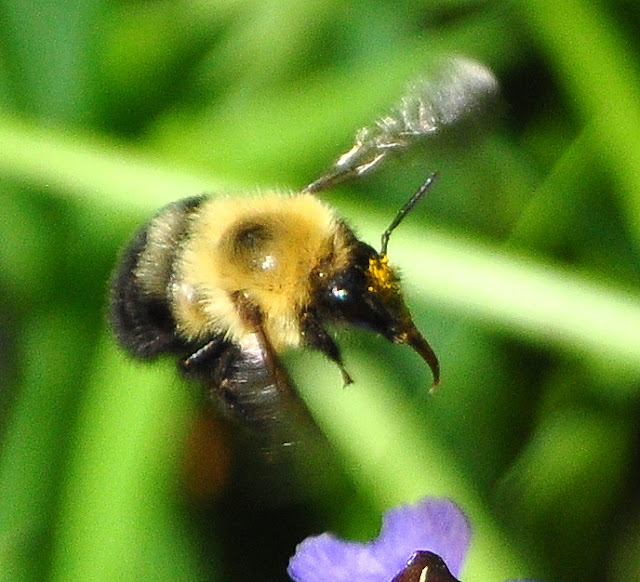 Remember last week when I made the big Omelette I didn't like, and I said I would likely never make another one??  Well, would you believe I have since made two more.  Yep, I did.  The only change I made was to add a bit more salt and use one less egg.  I didn't take any pictures of them because they looked like the first one only about 3 feet smaller.  But hey, they were so good I'm thinking franchise now....... 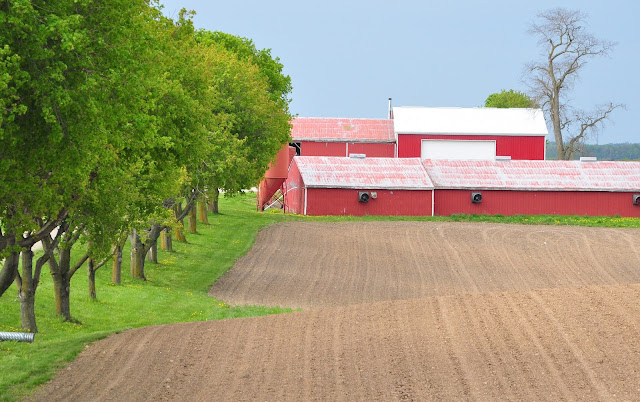 GROANER'S CORNER:((   A man lost two buttons from his shirt and put them in his pants pocket. But the pocket had a hole, so the buttons fell into his shoe. Unfortunately, the shoe sole also had a hole, so he lost the buttons. As pockets with holes, holes without buttons, and shoe soles with holes are useless, the man ripped the buttonholes out of his shirt and the pocket from his pants and tossed them in the trash along with the soles of his shoes.  A police officer who was observing the man asked him for some identification. The man gave the officer a document that showed he was an ordained minister of the gospel. When the officer began to escort him to a mental institution, the minister protested violently, asking why he was receiving such unjust treatment.“Look, we both know it’s the best place for you now,” the officer replied. “Anyone claiming to be a preacher who doesn’t save souls or wear holy clothes has probably lost his buttons.” 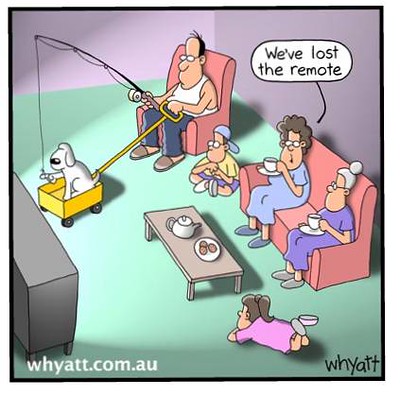 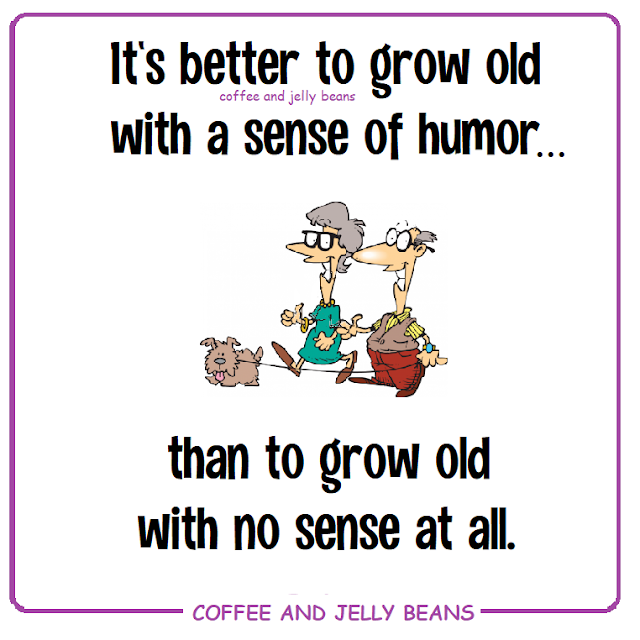