It wasn't that long ago I was complaining about daily winds continuously driving cold air temperatures down making for cold uncomfortable days.  Thanks to that same wind it kept this morning's hotter temperature under control and made for a comfortable walk in the Hullett Marsh.  I had to be in Clinton at 10 a.m. anyway so it was only a short mile or two over to the Marsh. 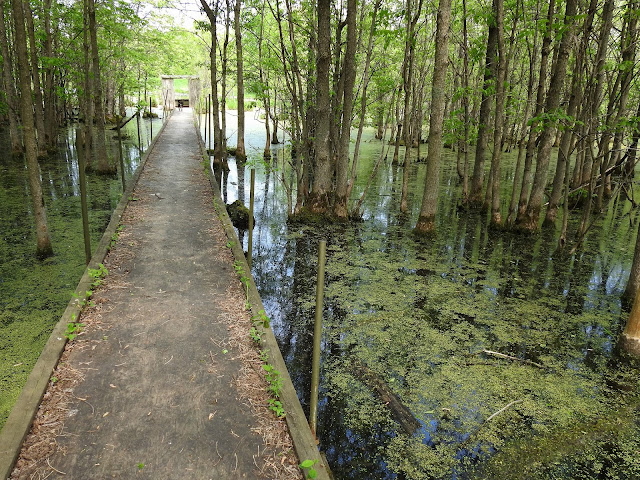 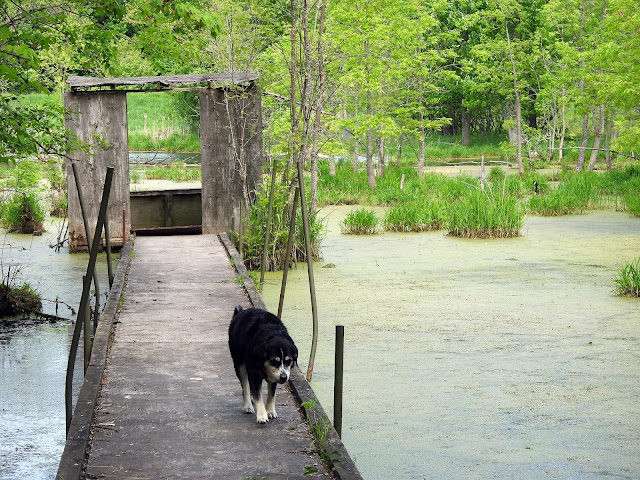 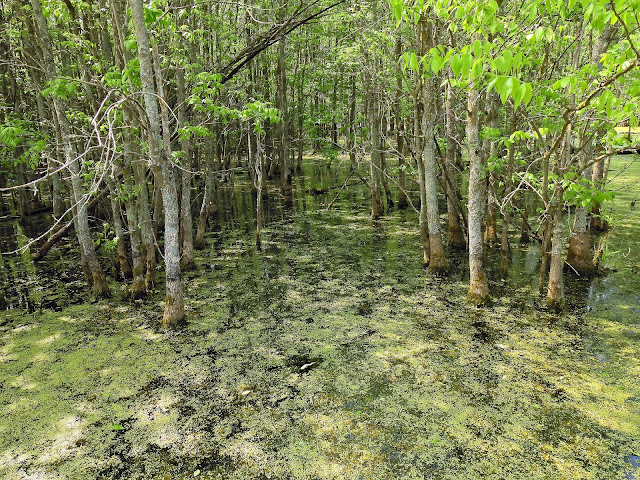 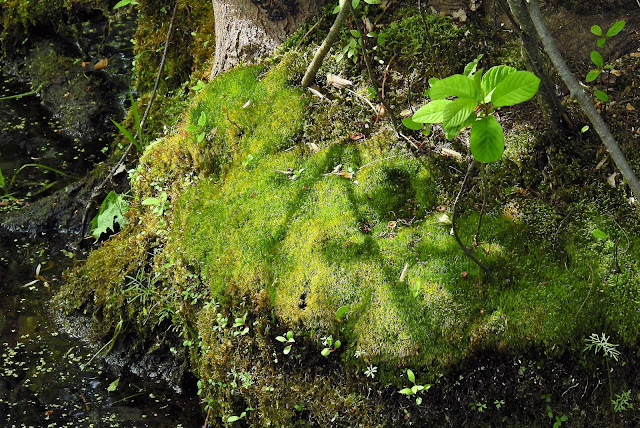 I was at the Huron Optometric Center on time and my appointment didn't take long.  Dr. Weaver, upon entering the room right away said, "I can see your eyelid has turned under".  Minutes later after examining my right eye closer he said, "we have to get this fixed."  So, he is going to make the arrangements for me to see a surgeon.  He said it is a minor surgery and the sooner I get that eyelid from rubbing on my eyeball the better.  The eye condition I have is called Entropian. 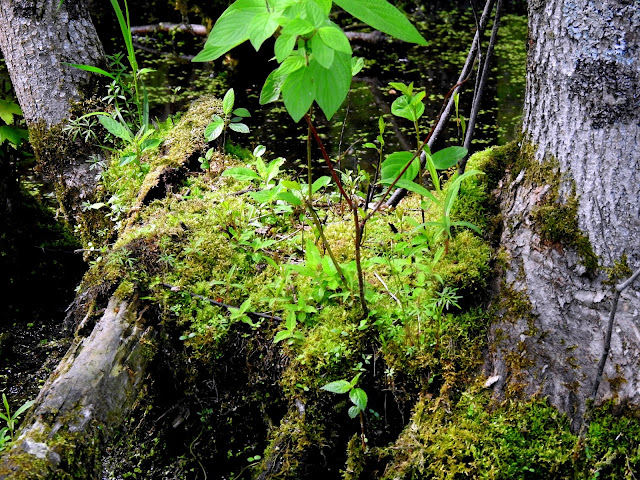 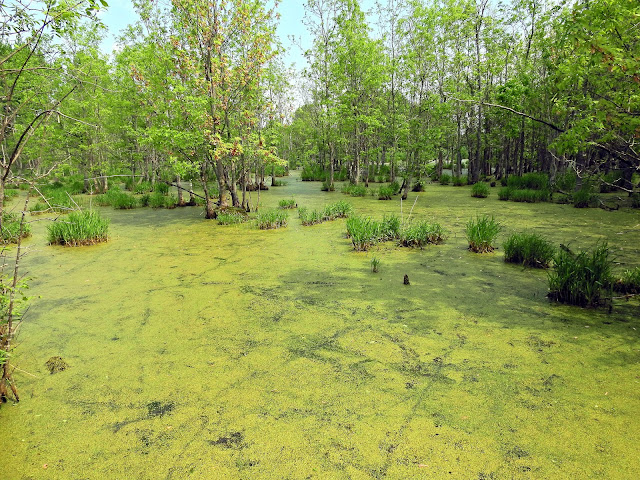 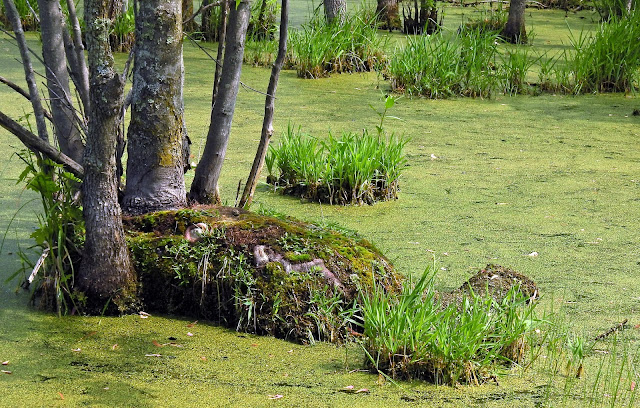 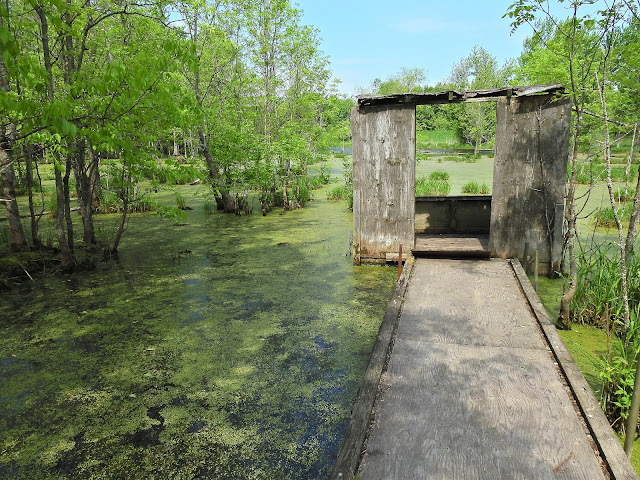 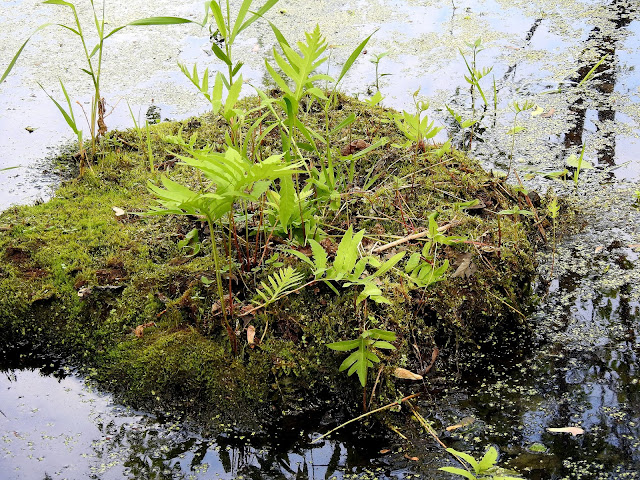 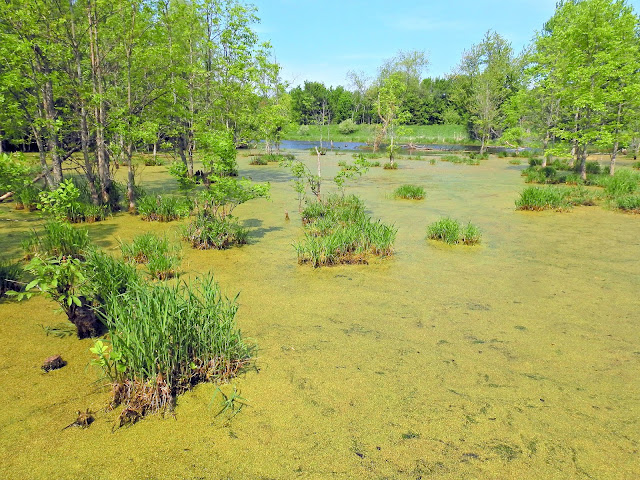 Pheebs and I were home shortly before noon and not feeling up to par I never went out of the house for the rest of the day.  And that was it. 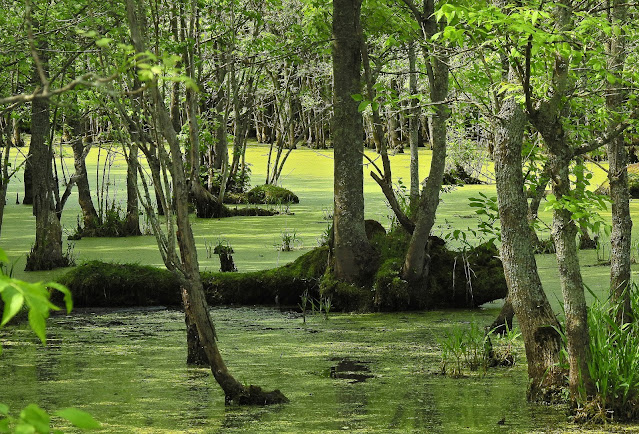 GROANER'S CORNER:((  The Iranian Ambassador to the UN had just finished giving a speech, and walked out into the lobby where he met President Bush.  They shook hands, and as they walked the Iranian said, "You know, I have just one question about what I have seen in America."  President Bush said, "Well, anything I can do to help you, I will."  The Iranian whispered, "My son watches this show called 'Star Trek' and in it there is Chekhov, who is Russian, Scotty, who is Scottish, and Sulu, who is Chinese, but no Arabs. My son is very upset and doesn't understand why there aren't any Iranians on Star Trek."  President Bush laughed, leaned toward the Iranian ambassador, and whispered back, "That's because it takes place in the future.

Q: Do you know why the Roman Coliseum went out of business? 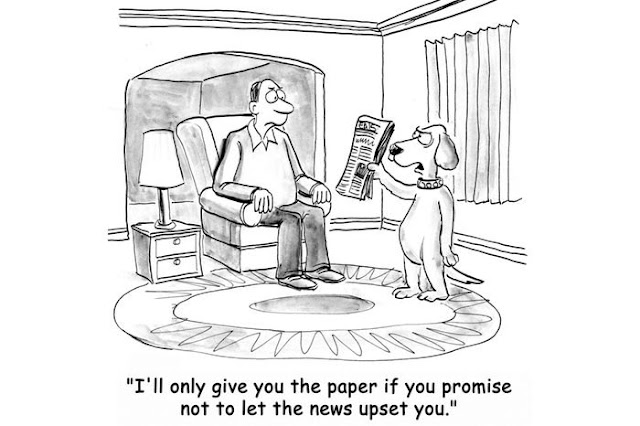 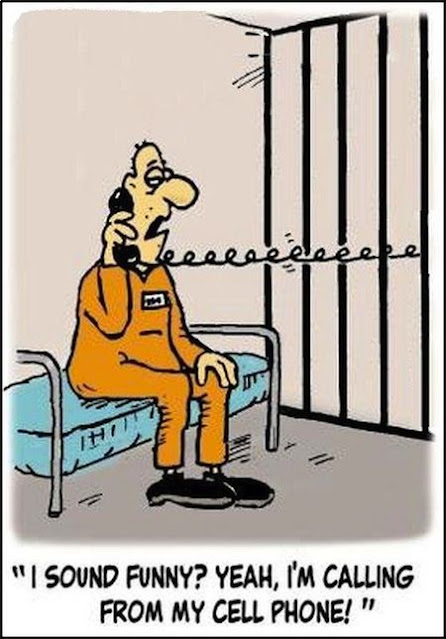