KELLY'S MOTHER IS IN THE HOSPITAL 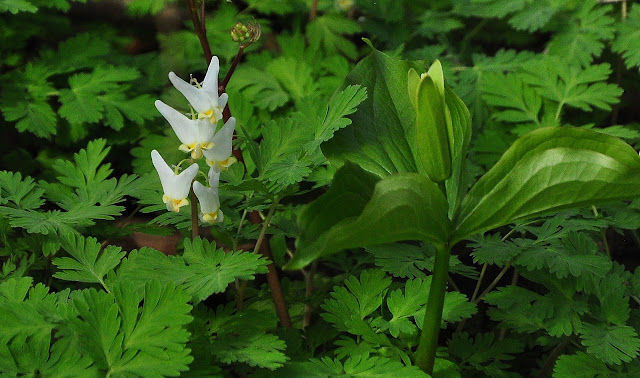 For as long as I can remember Saturday mornings have always been my favorite time of the week.  And this morning was no exception.  For Pheebs and I, our travels today took us to a section of the Maitland Trail running through a bush lot.  With our weather finally decent again what a treat it was walking quietly along a forest path bordered by a carpet of Spring wildflowers.  Mornings air was still with only an occasional scampering Squirrel rustling through last October's Autumn leaves.  Had I had a chair I would have liked to just sit awhile there in the forest savoring all the magic in the air around me.  It was a special Saturday morning and one which I will tuck safely away in my memory for cloudy days ahead. 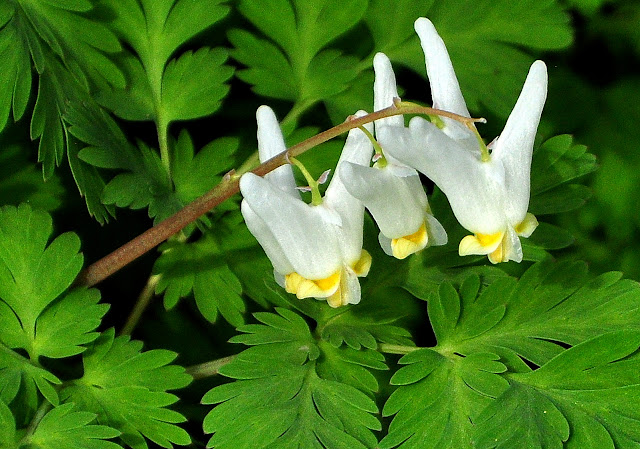 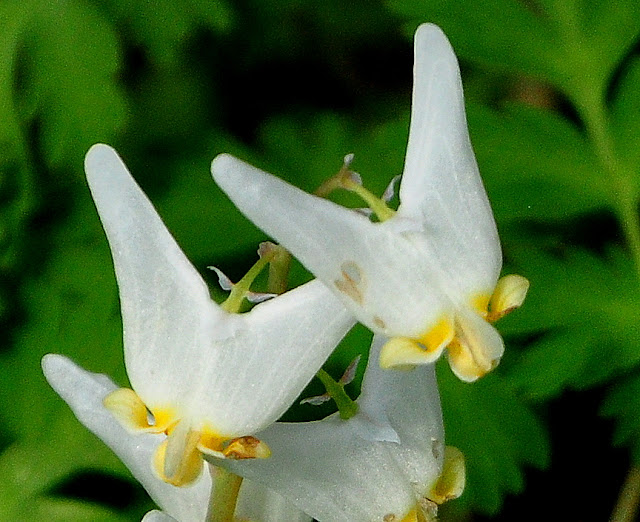 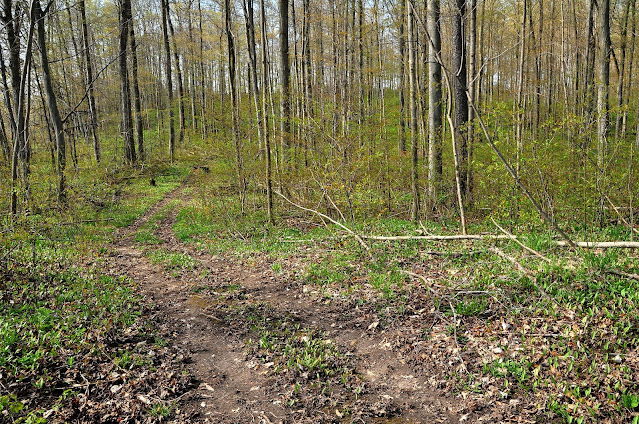 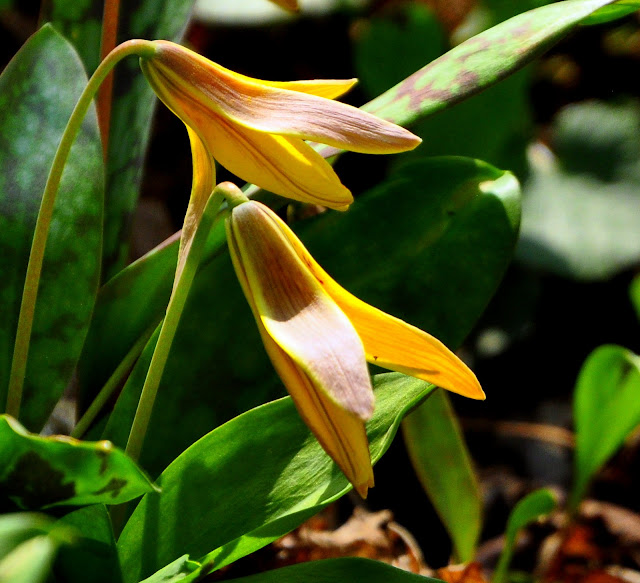 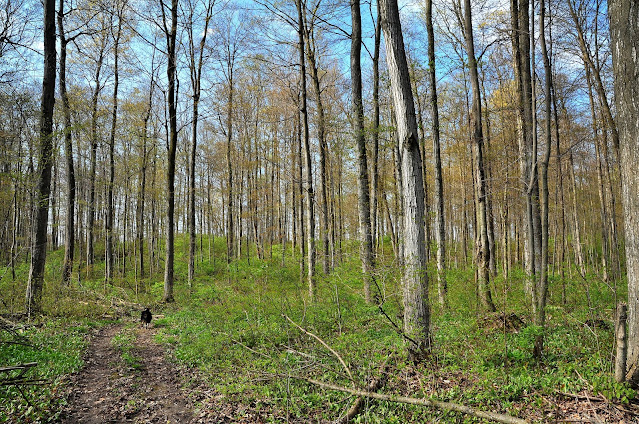 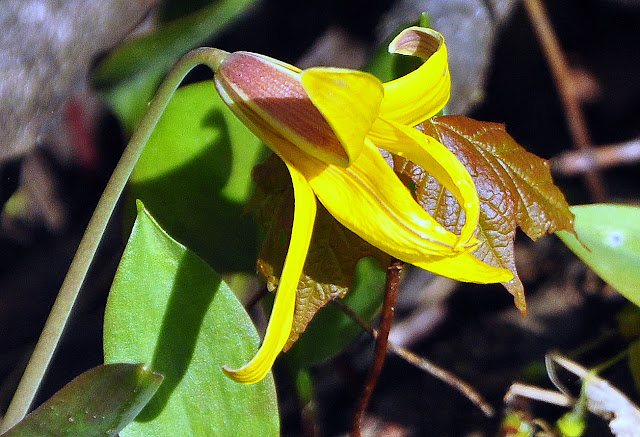 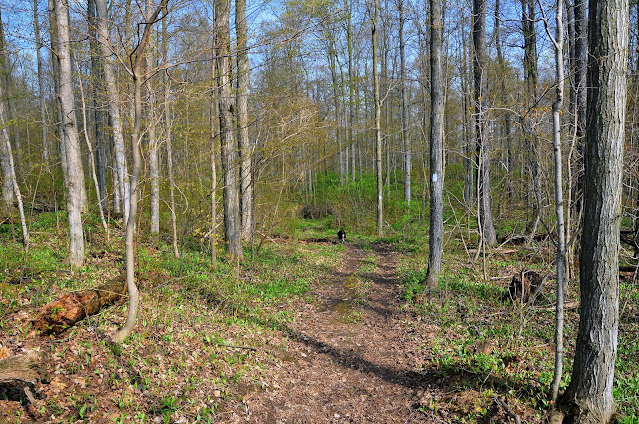 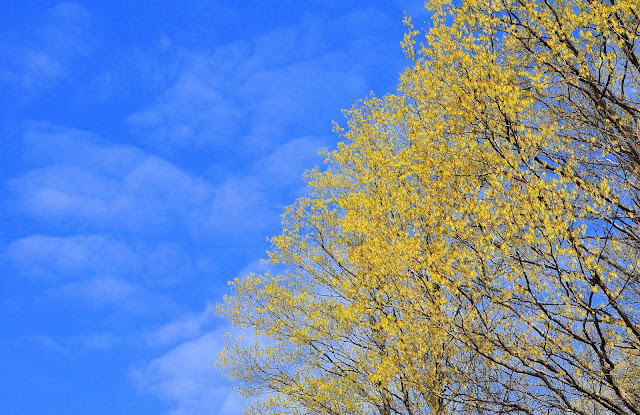 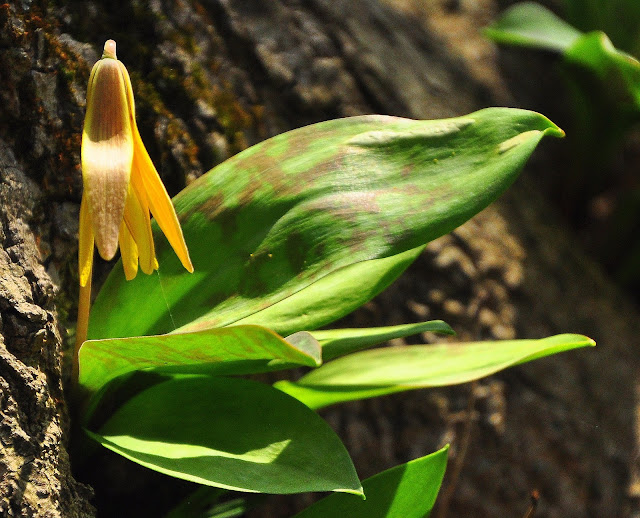 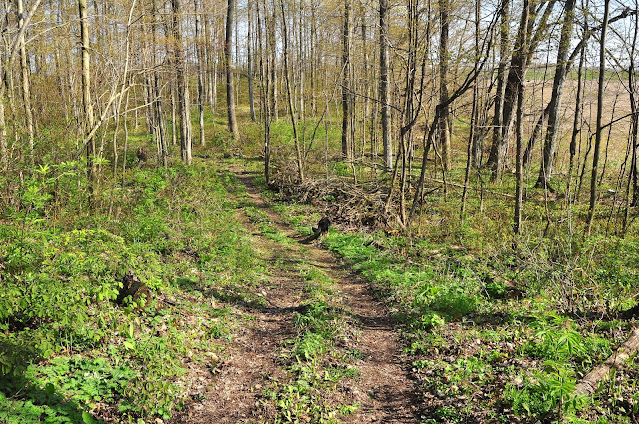 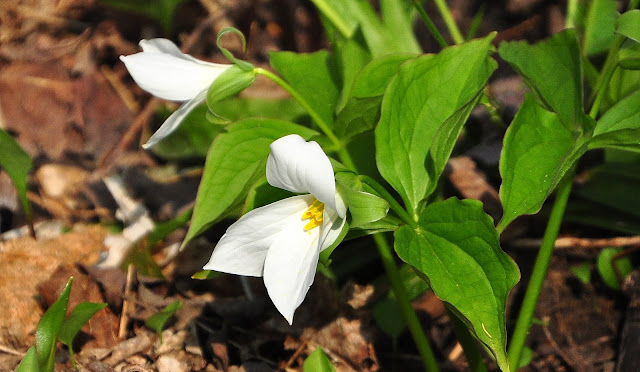 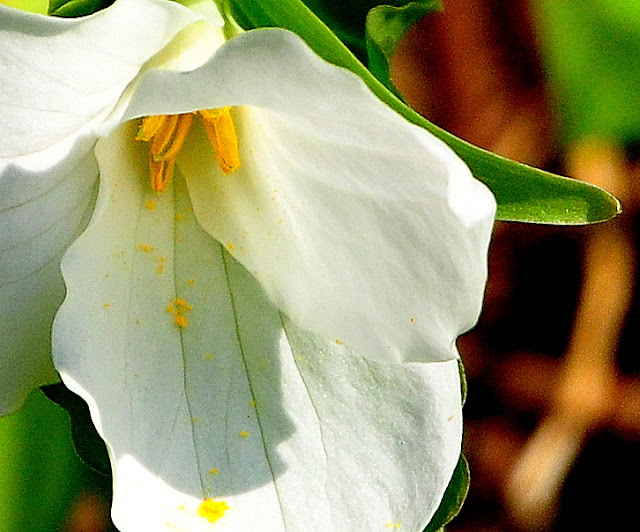 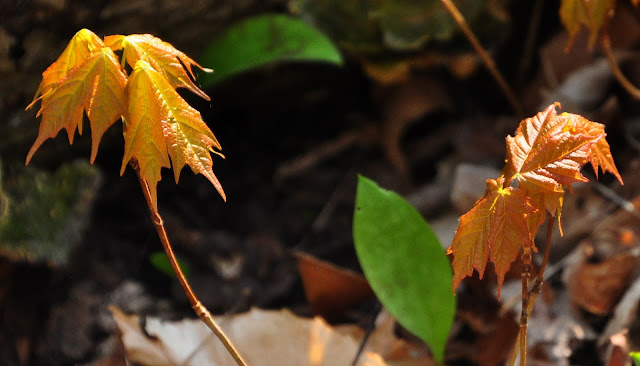 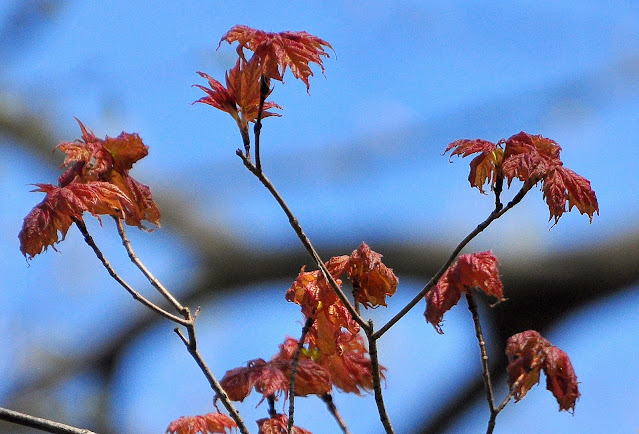 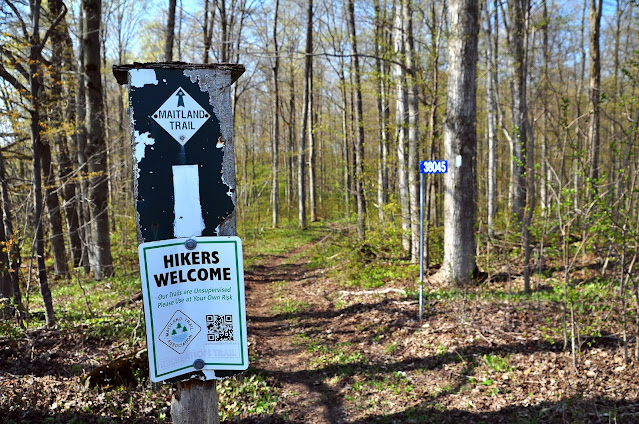 From the Maitland Trail area we were back into the Jeep and headed about a mile west to a favorite spot of mine where I have taken many photos over the last bunch of years.  The winding country road passes between two small lakes/ponds and it is here where we always stop and take ourselves for a country road walk.  Lots of interesting smells for Pheebs and always a sprinkling of enjoyable photos for me.  As soon as I stepped out of the Jeep I was surprised at all the sounds of nature around us.  Red-Wing Blackbirds in the trees along the road.  I could hear the distinctive sounds of a couple Northern Flickers as well as what sounded like a brigade of Pileated Woodpeckers beating on trees with their sledgehammer beaks.  Canada Geese honking and several other distant sounds I could not identify.  The faint fwapping of a helicopter blade told me there were male Grouse nearby beating their wings in hopes of attracting a Spring bride.  Yes, it was a special Saturday morning alright and I so much appreciated that in these troubled times. 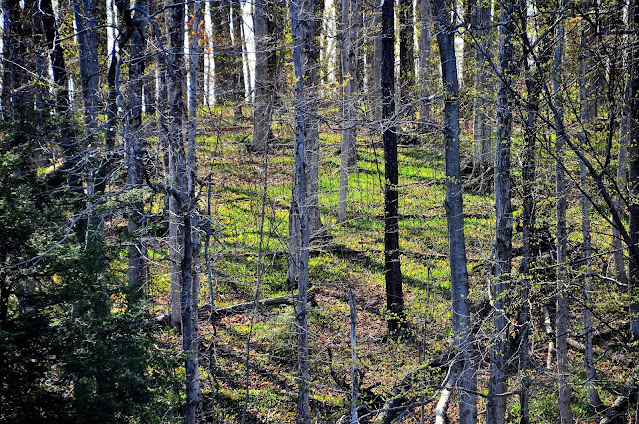 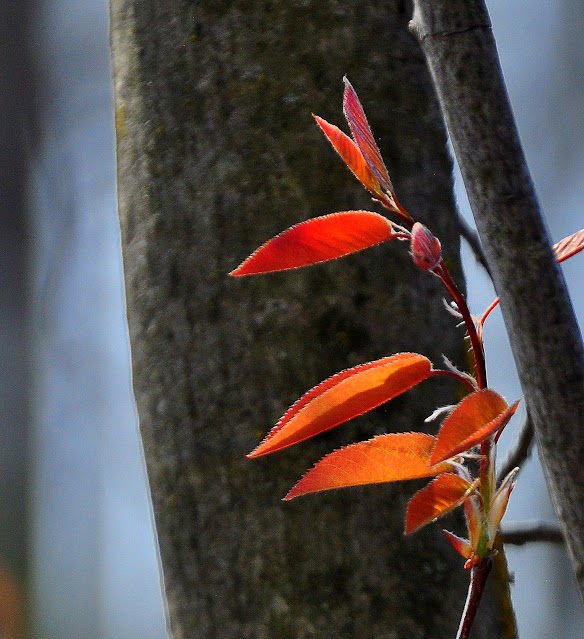 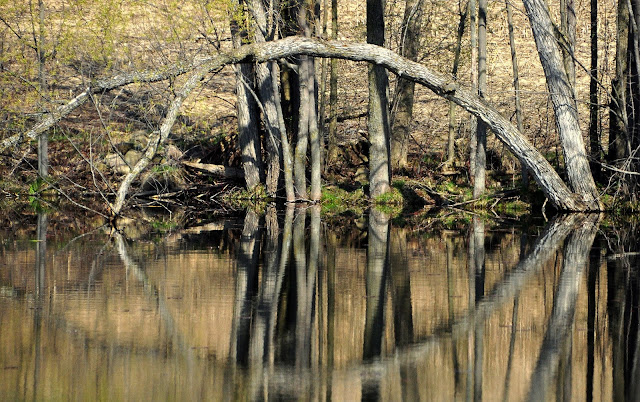 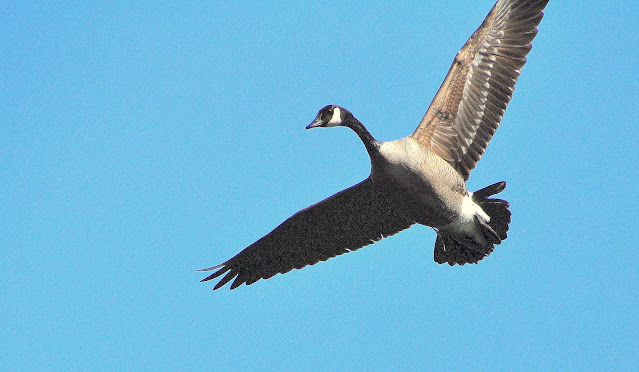 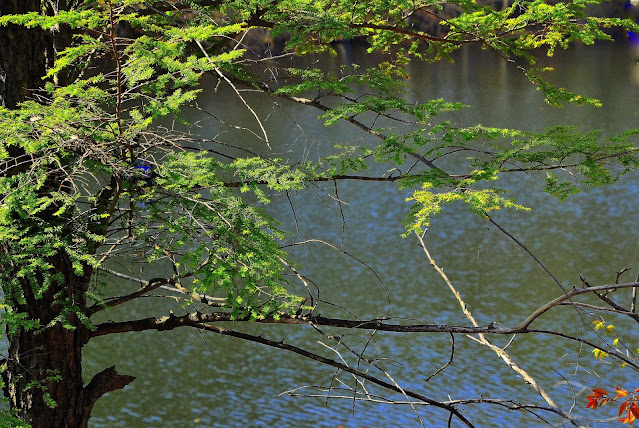 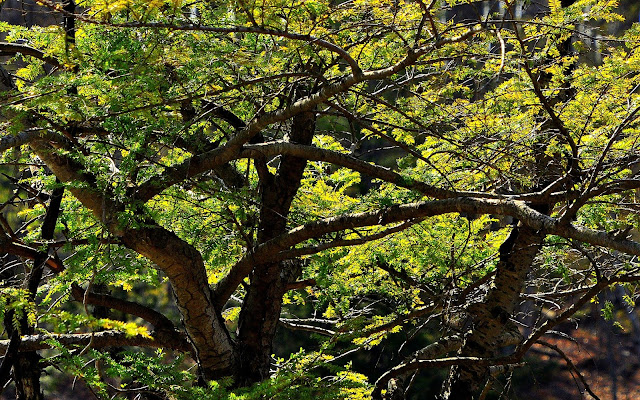 Home again it was disappointing to hear an inconsiderate neighbor's loud radio blaring as usual now that the warmer weather is here.  That annoyance will go on for the rest of the season right through to late October.  Jet aircraft overhead, vehicles trundling by, train horns in the distance, an occasional barking dog, machinery working somewhere, or folks mowing their lawns I can handle, but let somebody crank up their music or talk and shout in loud voices I go right through the roof!!!! I figure it must be payback because of all the people I surely annoyed back in my bad old drinking days:(( 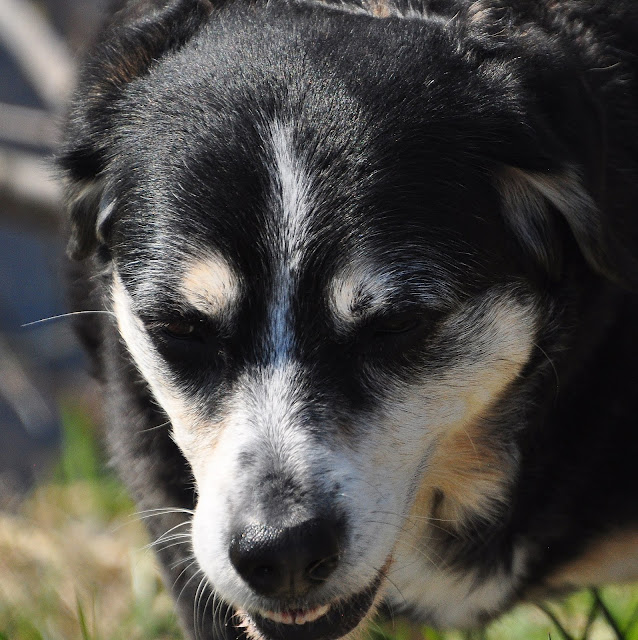 Kelly's 96-year-old Mother was taken by ambulance to a hospital near Spencerport New York Friday morning after waking up with chest pains.  She's doing good but they are keeping her in the hospital to do additional tests, consider options, and possibly do some procedures.  She is in good spirits and looking forward to getting out of there and going home.  Due to the Covid thing Kelly hasn't seen her Mother in over a year but was planning on heading across the border to be with her Mother for Mother's Day this year.  Kelly has dual Canadian/American citizenship.  She may go a little earlier than planned now and has already been in touch with the Lewiston-Kingston border crossing station east of Niagara Falls to see what is necessary for her going and coming back again.  She may leave Sunday morning or a week from Sunday, or sometime in between.  Depends on how her Mother's upcoming tests go.Although not in the hospital, my 94-year-old Aunt Jean in Sarasota Florida is not faring too much better at times.   Despite her mind being as sharp as a tack like Kelly's Mom, her body is breaking down around her and her mobility has been seriously compromised.  Both Kelly's Mom and my Aunt Jean are fiercely independent people and live alone in their own homes.  Life is steadily becoming increasingly difficult for both of these fine ladies.

GROANER'S CORNER:((  Hellmann's Mayonnaise - a bit of history.Most people don't know that back in 1912, Hellmann's mayonnaise was manufactured in England. In fact, the Titanic was carrying 12,000 jars of the condiment scheduled for delivery in Vera Cruz, Mexico, which was to be the next port of call for the great ship after its stop in New York. This would have been the largest single shipment of mayonnaise ever delivered to Mexico. But as we know, the great ship did not make it to New York. The ship hit an iceberg and sank, and the cargo was forever lost. The people of Mexico, who were crazy about mayonnaise, and were eagerly awaiting its delivery, were disconsolate at the loss. Their anguish was so great, that they declared a National Day of Mourning, which they still observe to this day. The National Day of Mourning occurs each year on May 5th and is known, of course, as - Sinko De Mayo.
----------------------------
- Anyone want to buy some exercise equipment?  I'm having a going-out-of-fitness sale.
- The economy is so bad that: Motel Six won't leave the light on anymore. 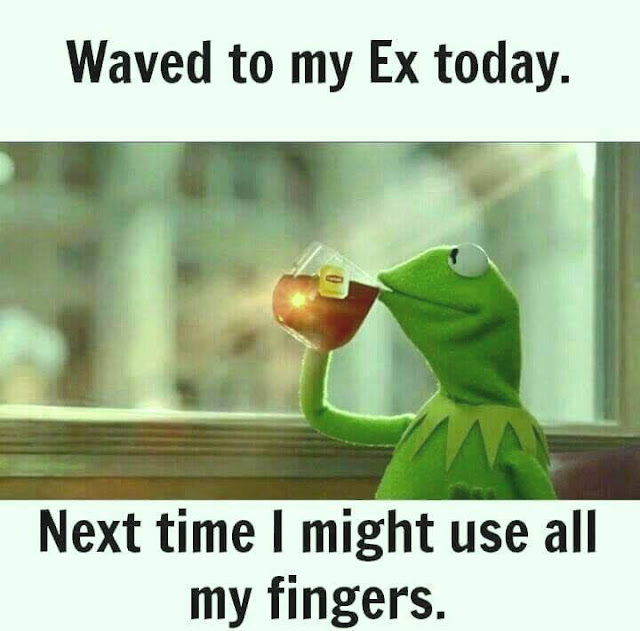 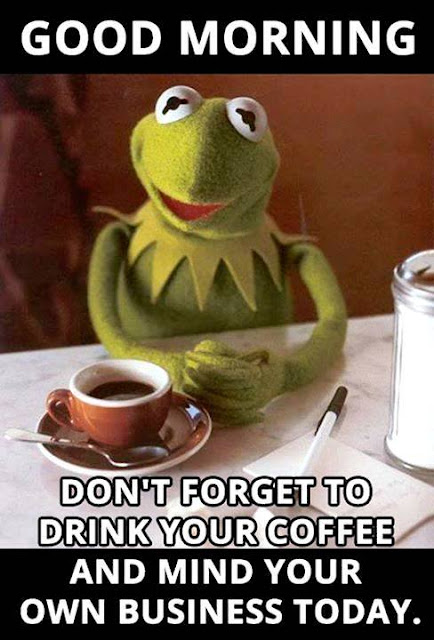