I think the best part of the day was seeing a pinkish sunrise through our pine trees about 7:30 this morning.  That of course meant blue skies, and blue skies it was as Pheebs and I rolled out about an hour later. 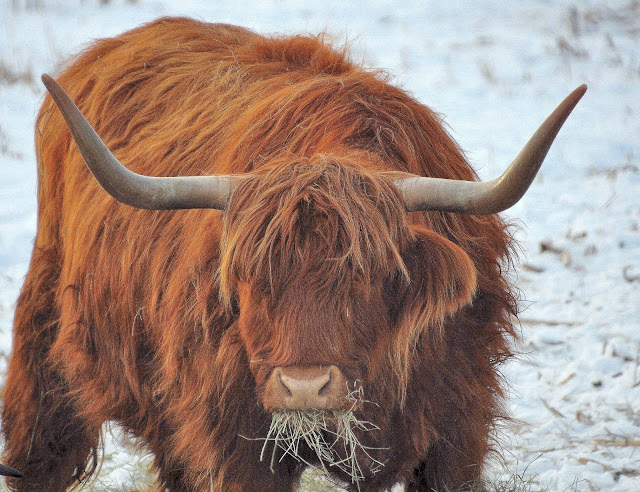 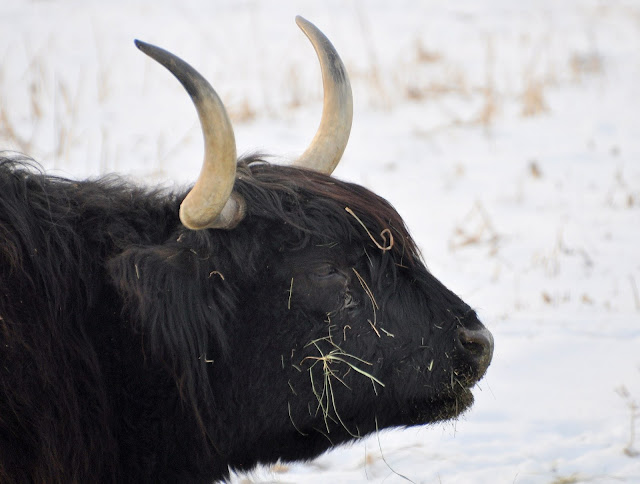 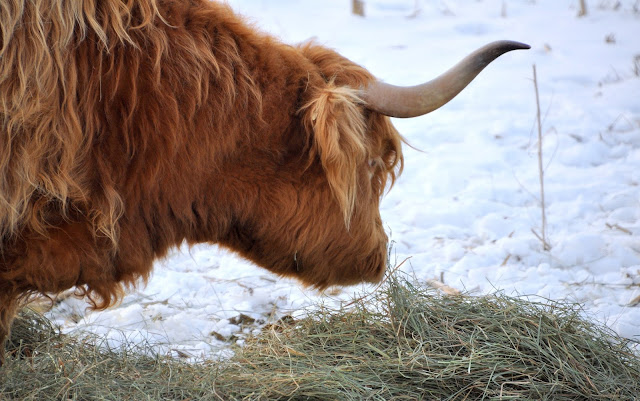 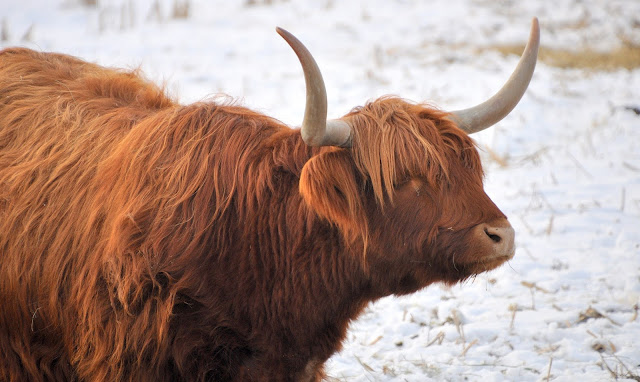 Coffee to go in Clinton and out around the Hullett Marsh we went.  Our favorite road into the Marsh is now closed for the Winter so we took another road into a different area where there is a viewing stand. 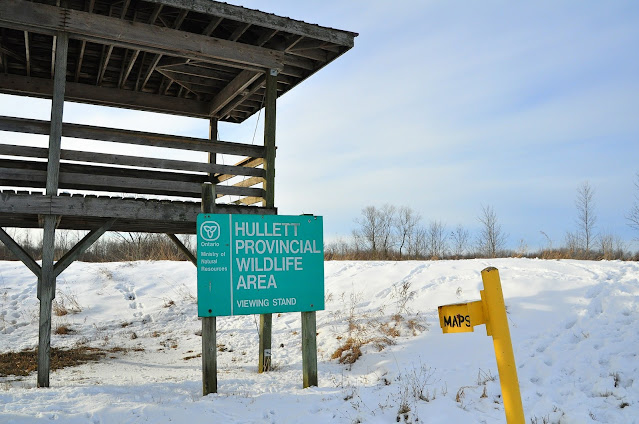 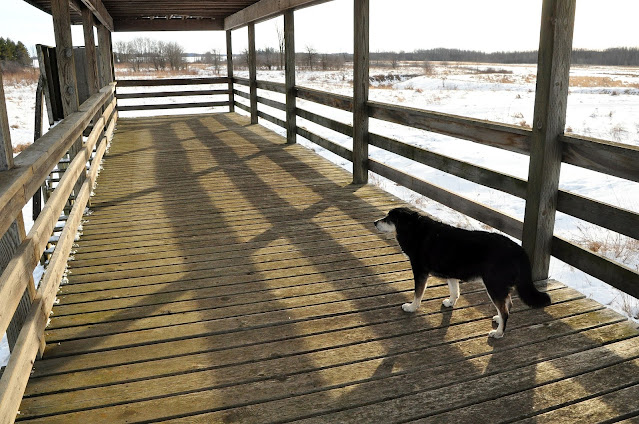 With sunshine competing for equal space in this morning's slightly cloudy sky, it was still a bright-looking day casting a diffused light across Huron County's snowy landscape. 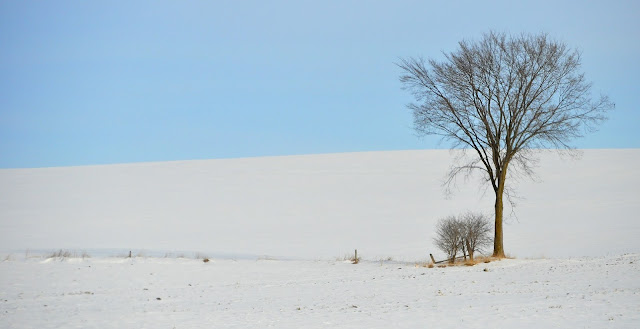 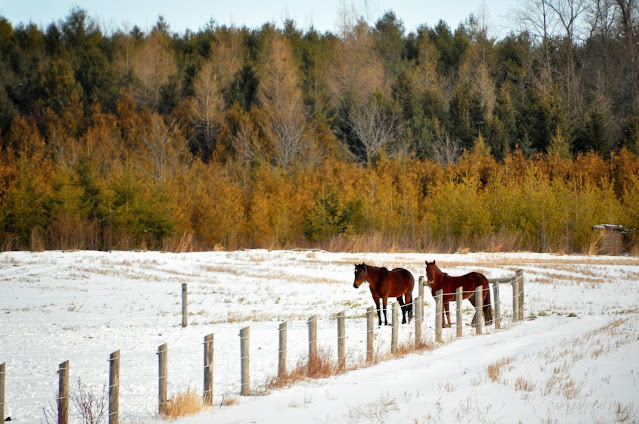 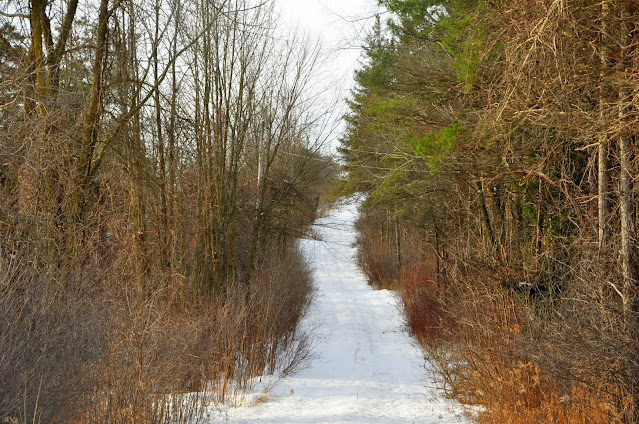 From the Marsh, we took the scenic route home picking up a few more photos along the way.  With temps nearly back up to the freezing mark and no wind, it wasn't too bad of a morning at all. 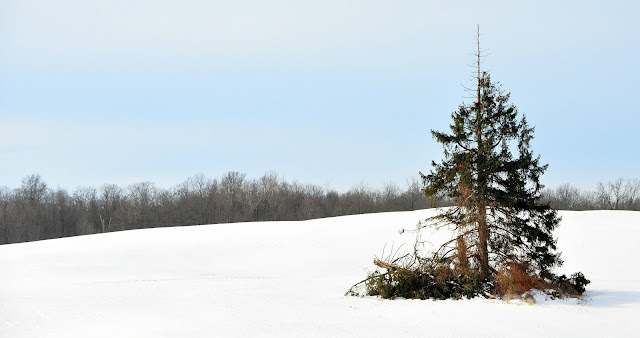 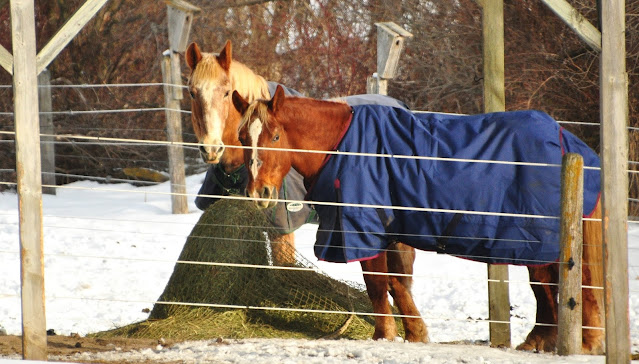 Once home I fired up our little Winnebago and after a quick bite to eat for us guys we piled into the rig and took it for a short spin around a big country block.  After sitting stationary for a month the tires were definitely needing some exercise.  The little Winney ran great and I could tell it wanted to make a break for the border and head south in search of warmer weather.  Well Jeeeeezzzz, don't we all. 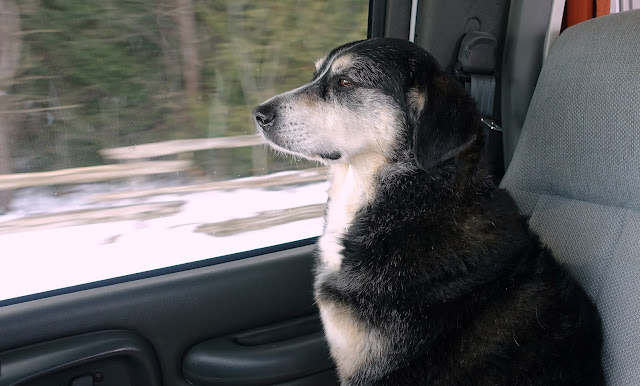 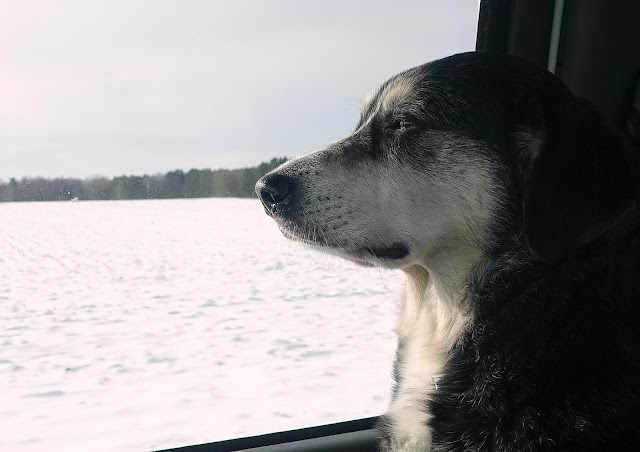 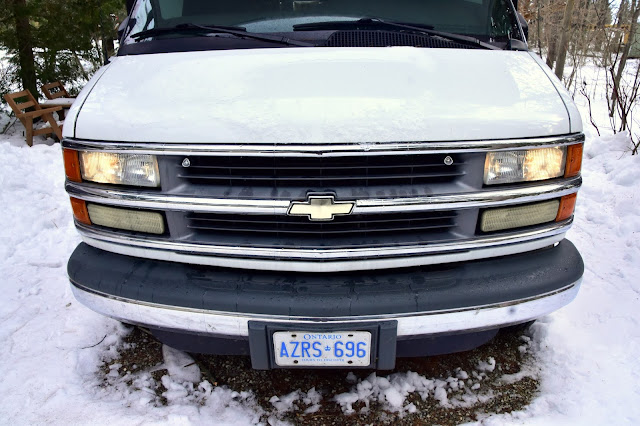 Despite the cold winter air Pheebs and I did manage an afternoon walk.  Footing was treacherous with a lot of ice underfoot so it was slow going in many spots.GROANER'S CORNER:((  About a century or two ago, the Pope challenged the Jewish community of Rome to a debate.  The Jews looked around for a champion who could defend their faith, but no one wanted to volunteer. It was too risky. So they finally picked an old man named Moishe who spent his life sweeping up after people to represent them. Being old and poor, he had less to lose, so he agreed. He asked only for one addition to the rules of debate. Not being used to saying very much, he asked that neither side be allowed to talk. The Pope agreed.The day of the great debate came. Moishe and the Pope sat opposite each other for a full minute before the Pope raised his hand and showed three fingers. Moishe looked back at him and raised one finger. The Pope waved his fingers in a circle around his head. Moishe pointed to the ground where he sat. The Pope pulled out a wafer and a glass of wine. Moishe pulled out an apple. The Pope stood up and said, "I give up. This man is too good. The Jews win."  An hour later, the cardinals were all around the Pope asking him what happened. The Pope said, "First I held up three fingers to represent the Trinity. He responded by holding up one finger, to remind me that there was still one God common to both our religions. Then I waved my finger around me to show him, that God was all around us. He responded by pointing to the ground, showing that God was also right here with us. I pulled out the wine and the wafer to show that God absolves us from our sins. He pulled out an apple to remind me of original sin. He had an answer for everything. What could I do?"  Meanwhile, the Jewish community had crowded around Moishe, amazed that this old, almost feeble-minded man had done what all their scholars had insisted was impossible. "What happened?" they asked.  "Well," said Moishe, "first he said to me that the Jews had three days to get out of here. I told him that not one of us was leaving. Then he told me that this whole city would be cleared of Jews. I let him know that we were staying right here."  "And then?" asked a woman.  "I don't know," said Moishe. "He took out his lunch and I took out mine." 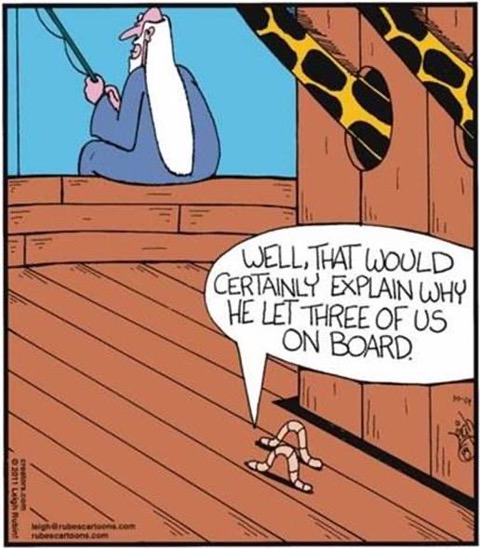