Well, at least our snowfall finally stopped and we were back to a normal grey January day.  No farmer's fields visible anywhere with everything being under a foot or more of snow.  It was a rather lackluster Jeep ride through the countryside south, east, and west, of Clinton Ontario but we did manage to find a few photos along the way. 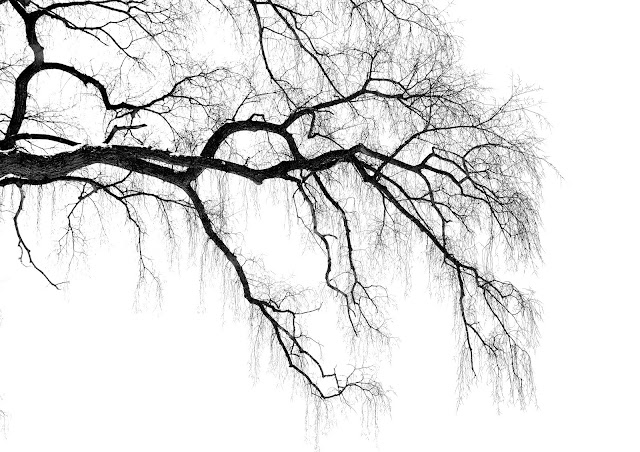 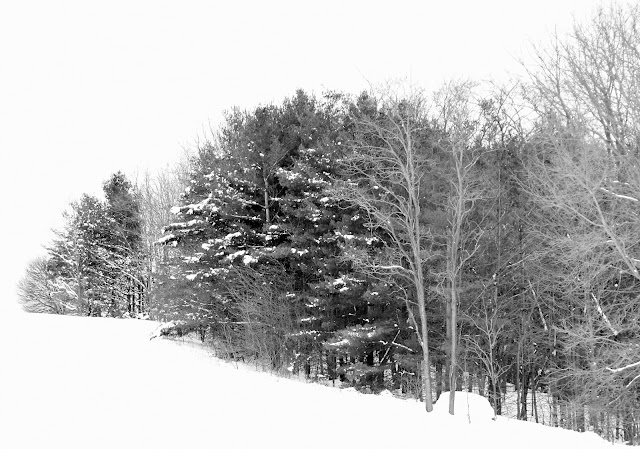 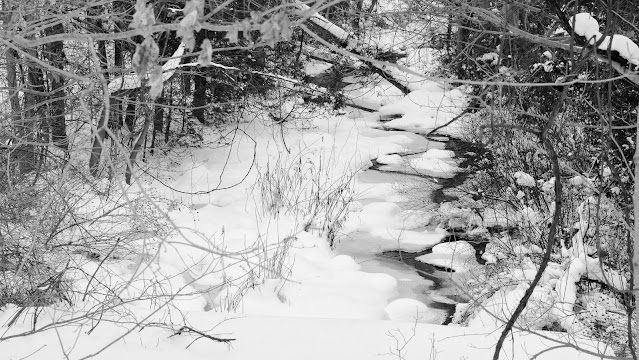 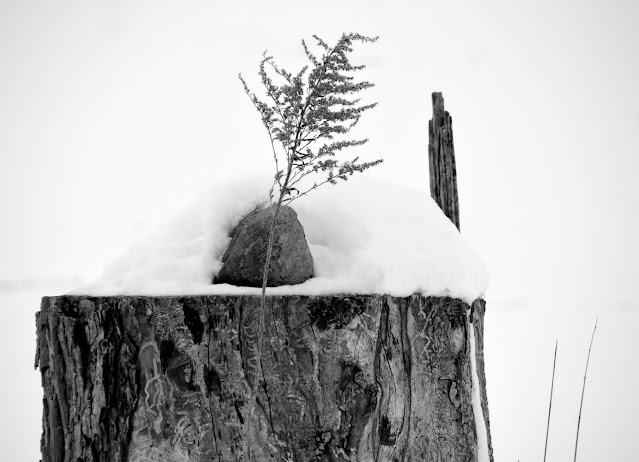 Finished shoveling the rest of the driveway so now Kelly can get her Pontiac Sunfire in and out.  If nothing else, at least shoveling snow is good upper body exercise, and at this time of year in this winter climate that is a plus. 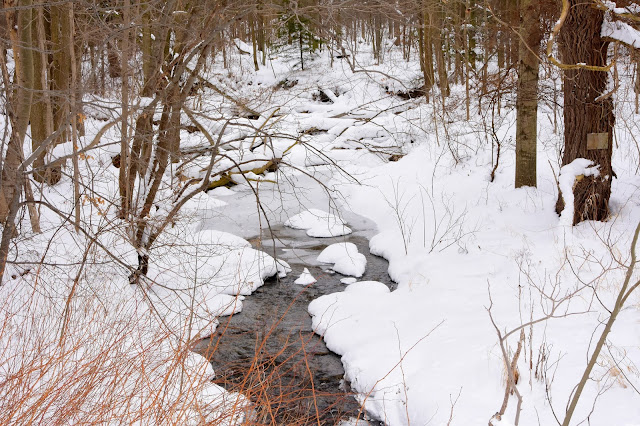 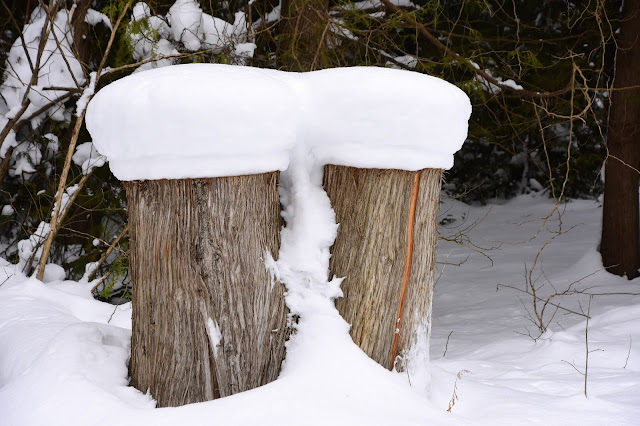 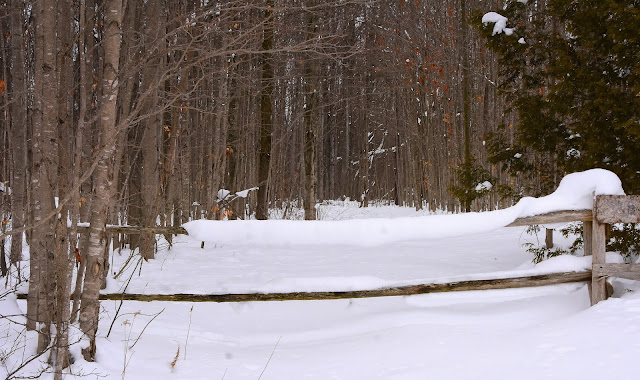 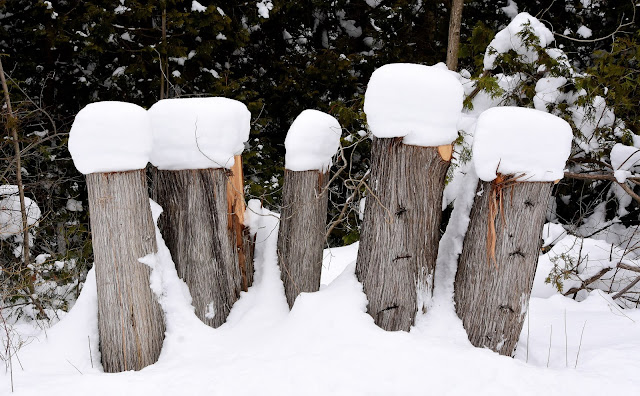 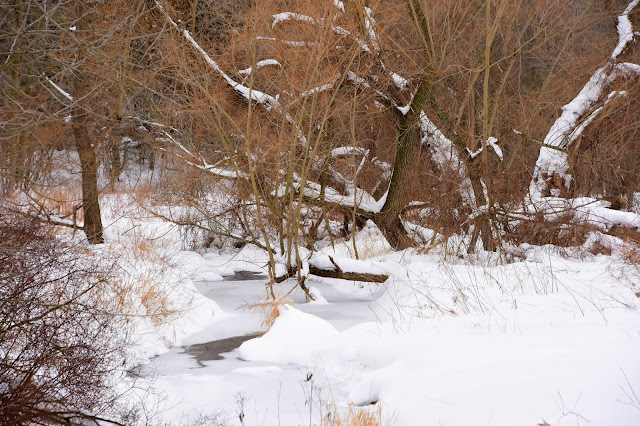 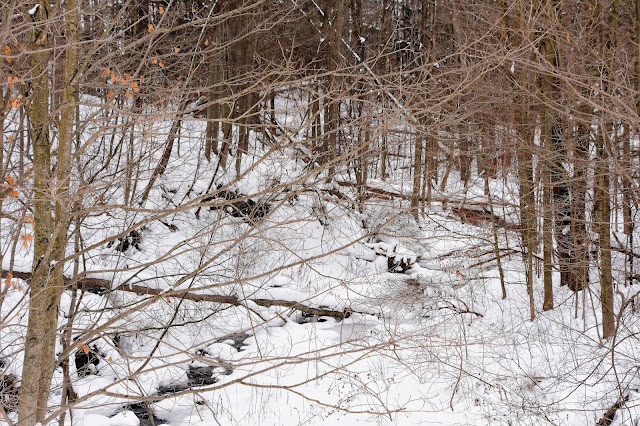 Both Pheebs and I snoozed the afternoon away so we didn't get out for a walk.  We'll try again tomorrow. 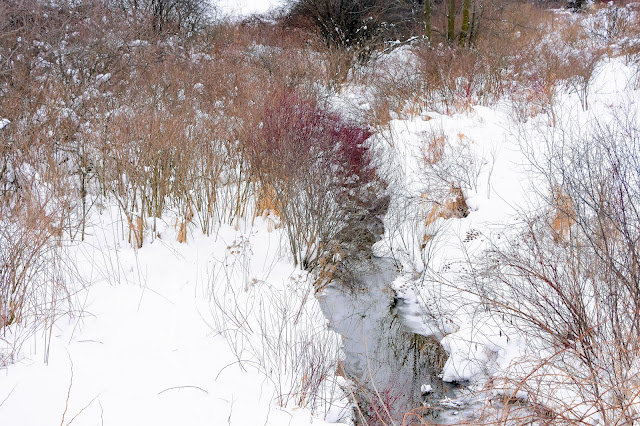 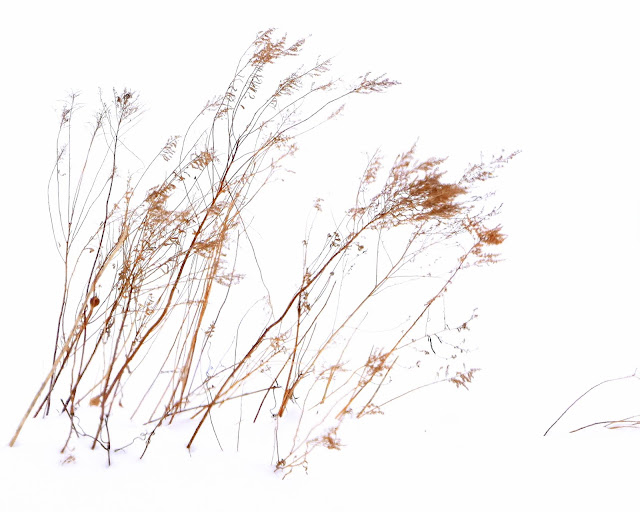 Thought I would have been as stiff as board this morning when I woke up after shoveling all that snow these past couple of days.  Amazingly enough, I didn't have a single 'ouchy' I could roundly complain about.  That not being normal at this age I am undoubtedly going to have to re-double my snow shoveling efforts in order to get myself back on that complaint list!! 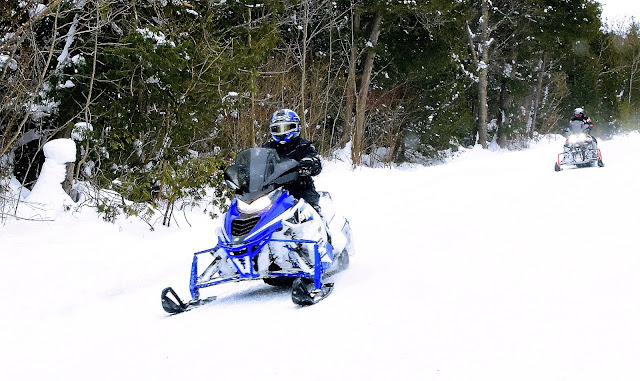 Stepping out with Pheebs shortly before publishing the blog tonight I looked up through the tall pine trees and saw a whole host of stars overhead.  It's been a while since I last saw a clear starry sky and I'm hoping it will stay that way and let Old Sol flood us with cheery sunshine tomorrow:)) 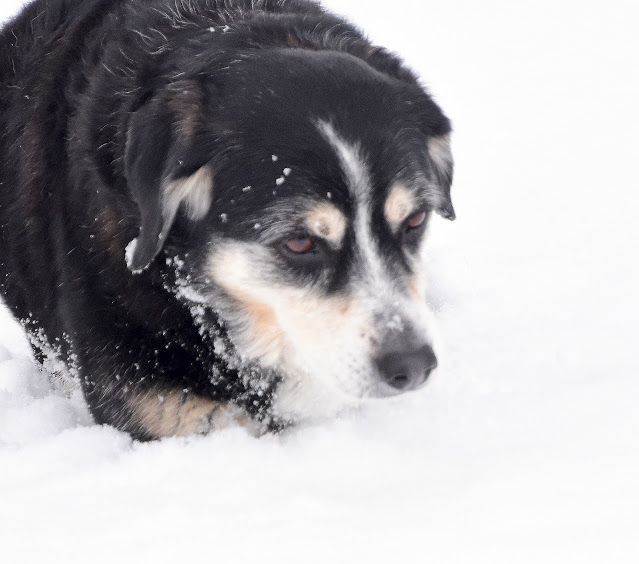 GROANER'S CORNER:(( Have you heard about 4-year-old Sammy who was asked to return thanks before Sunday dinner? The family members bowed their heads in expectation, and he began his prayer:  "Thank you God for all my friends: Joey, an' Susan, an' Billy, an' Tommy," and on and on he went, naming each friend one by one.  Next he thanked God for Mommy, Daddy, brother, sister, Grandma, Grandpa, and all his aunts and uncles.  Finally he got to the food.  "Thank you God for the turkey, an' the dressing, an' the fruit salad, an' the pies, an' the Cool Whip..."  And then he paused.  The pause was almost deafening, and all eyes were focused on young Sammy with his head still bowed in prayer.  Finally (almost when Father was about to interject an "Amen"), Sammy looked up at his mother and asked, "If I thank God for the broccoli, won't he know that I'm lying?"

Sue: My uncle is an umpire in a restaurant.  Lou: In a restaurant?  Sue: Yes. When someone orders pancakes, he yells, “Batter up!”

On a rural road, a state trooper pulled this farmer over and said: "Sir, do you realize your wife fell out of the car several miles back?"  To which the farmer replied: "Thank God, I thought I had gone deaf!" 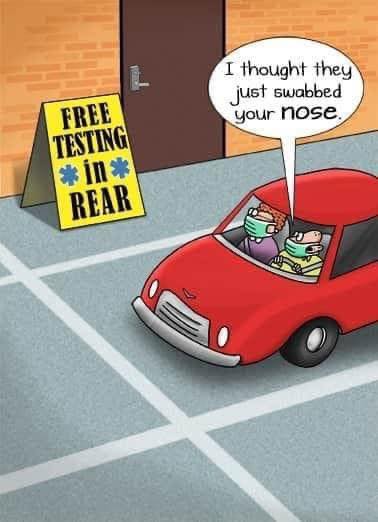 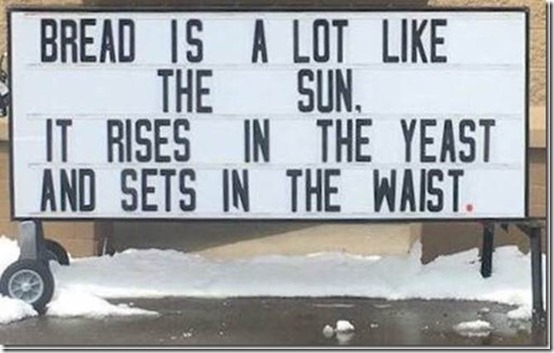