More snow came in the night and I was busy with my shovel again first thing this morning.  We have about a foot of snow on the ground now and it's still coming down as I type this.  Bird feeders were a priority so I shoveled the path to them first before Pheebs and I climbed into the Jeep and headed out the driveway.  We were the only tire tracks in the snow leading out of the Park again.  That indicates one thing....there are a lot smarter people in this Park than me. 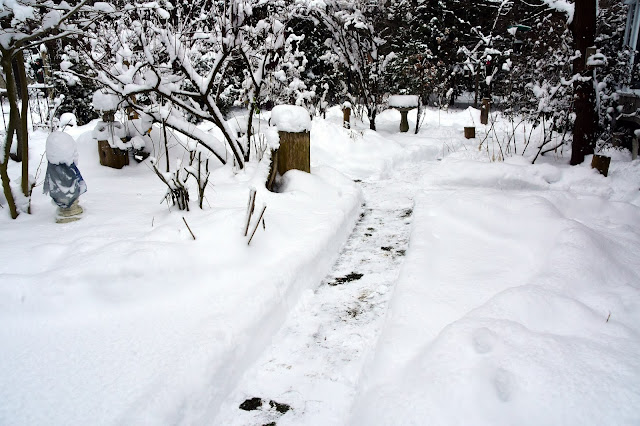 With high winds predicted I figured it would not be a good idea to go too far again.  When wind mixes with light fluffy snow it can whip up a serious winter storm in no time.  Poor visibility, drifting snow, and whiteouts.  Definitely not a good place to be especially if you are driving a vehicle. 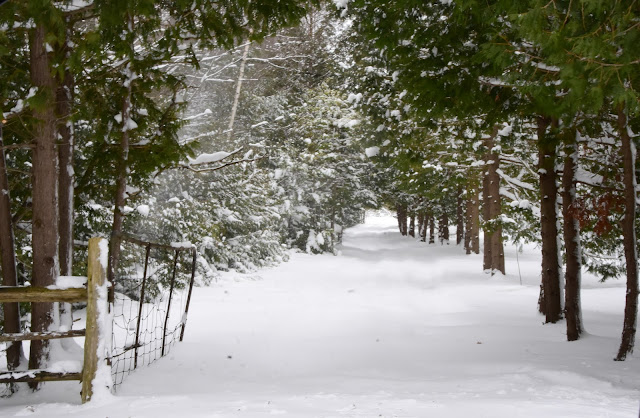 Our short drive took us into Bayfield again.  We needed some milk so I was able to pick that up at the village's Foodland Supermarket.  We only ventured maybe a mile out into the countryside then returned back through Bayfield and made our way home. 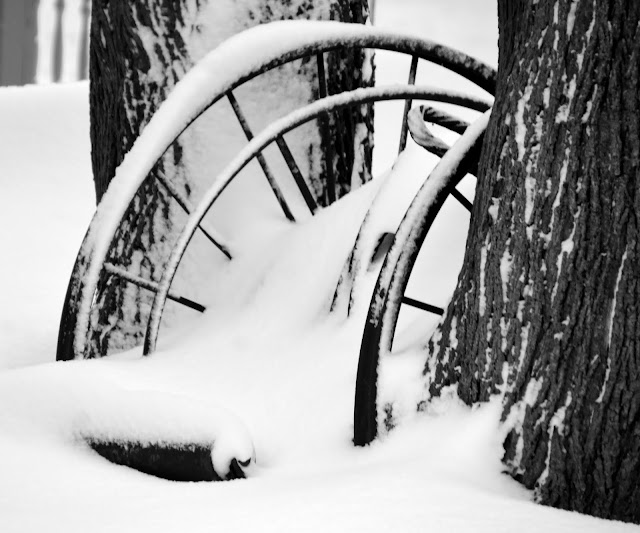 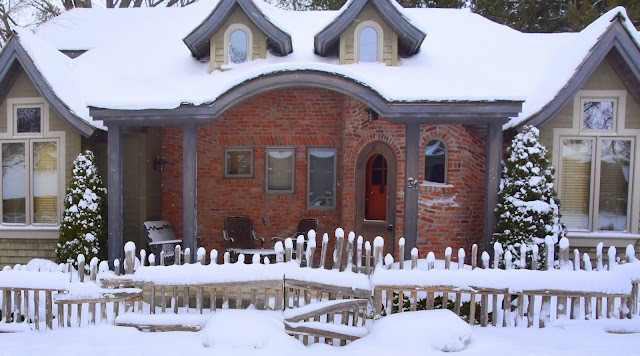 Finished shoveling out my other paths as well as a neighbor's place.  I don't normally shovel out our whole driveway because the Jeep just walks through all that snow no matter how deep it is anyway.  We were glad to finally see a big snowblower go by because the Park roads were filling up with snow making walking difficult for folks.  Swarms of birds in the front yard again.  I think we are at the point of having to hire an 'air-traffic' controller. 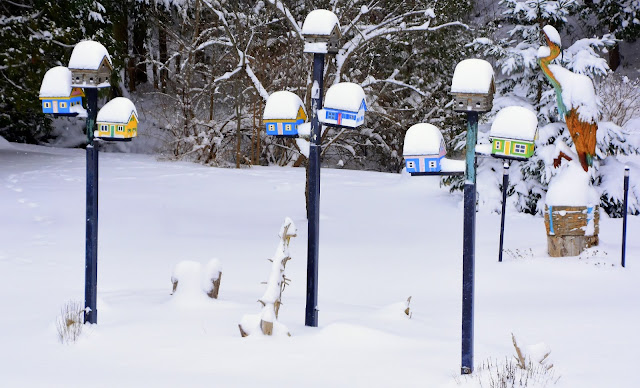 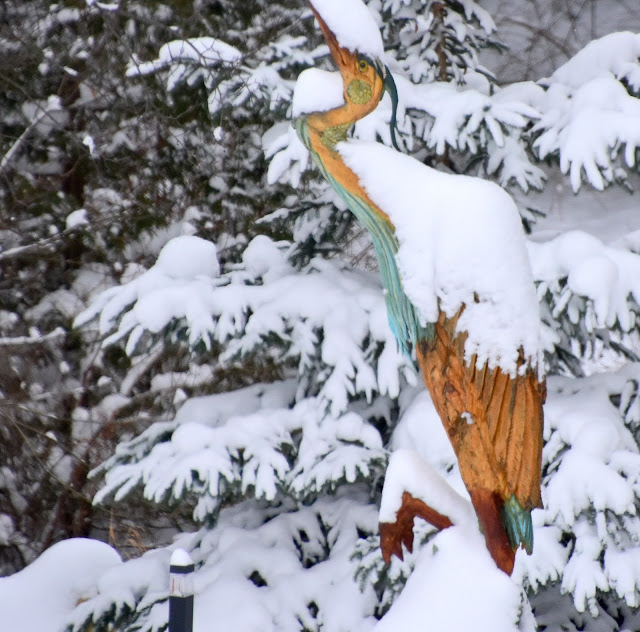 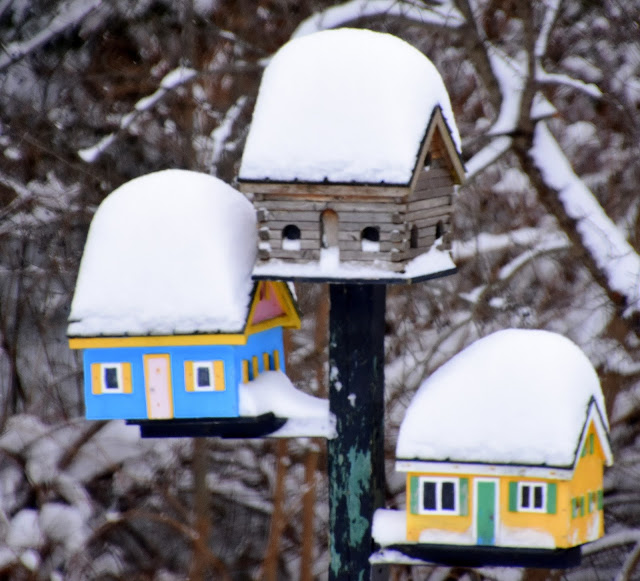 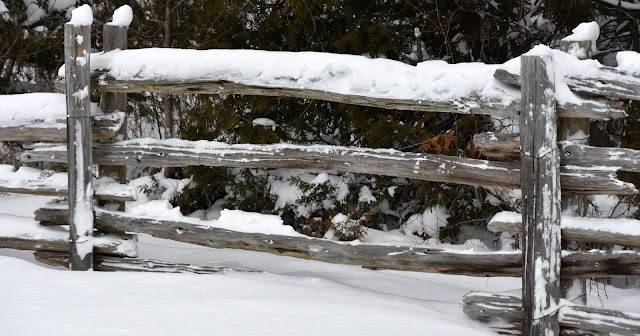 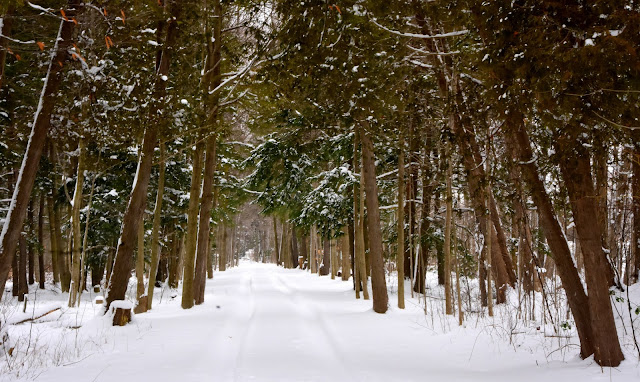 Pheebs and I might have to wait until Spring before resuming our afternoon walks.  I have zero interest in tramping through a bunch of freezing cold snow on dismally dark and dank winter days.  Well, let me see now, hmmm.....first day of Spring??  Yes, that will be Saturday, March 20th, 2021 at exactly 5:37 a.m. and I already got my Spring sneakers sittin right here by the door:)) 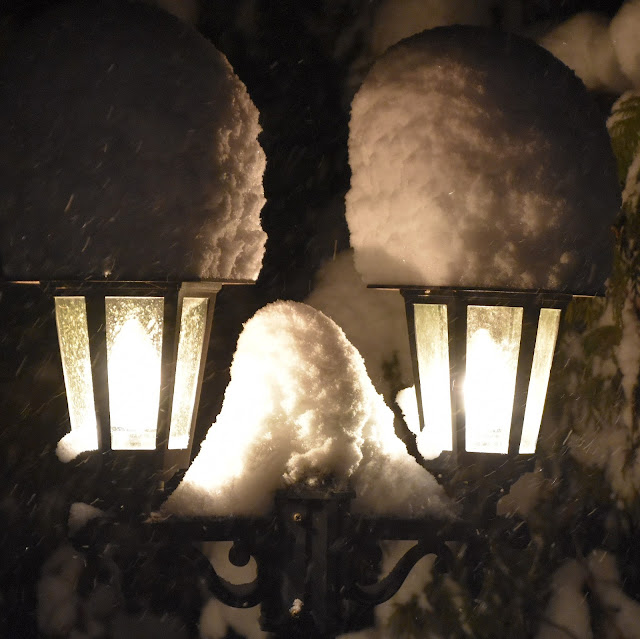 GROANER'S CORNER:((  An older gent had an appointment to see a Urologist who shared an office with several other doctors. The waiting room was filled with patients. He approached the receptionist desk. The receptionist was a large imposing woman who looked like a wrestler.  He gave her his name. In a very loud voice the receptionist said, "Yes, I see your name here. You want to see the doctor about impotence, right?"  All of the patients in the waiting room snapped their heads around to look at the very embarrassed man.  He recovered quickly though, and in an equally loud voice replied, "No, I've come to inquire about a sex change operation and I'd like the same doctor that did yours!"

I have a Muslim friend who loves to drink alcohol. His name? Mohammered. 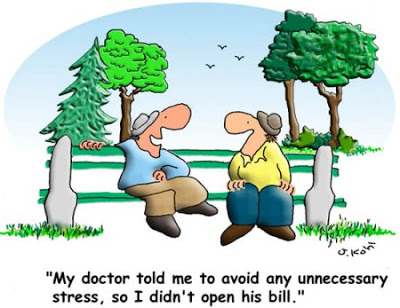