IS IT MY NOSE GETTING IN THE WAY OF MY FOREHEAD

Despite an occasional short burst of sunshine today, icy cold air took the enjoyment away.

We drove a few roads I took a few pics, came home early and picked up a few sticks.

Headed into the house and nearly stayed there all day, thinking of things with nothing to say.

Recliner was comfy and fireplace warm, and with book in hand it is now Winter's norm. 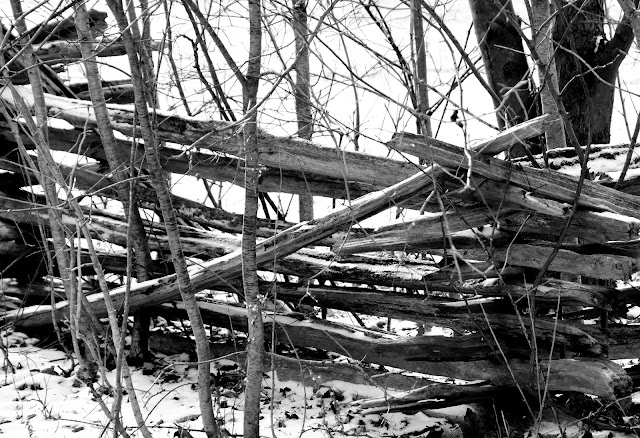 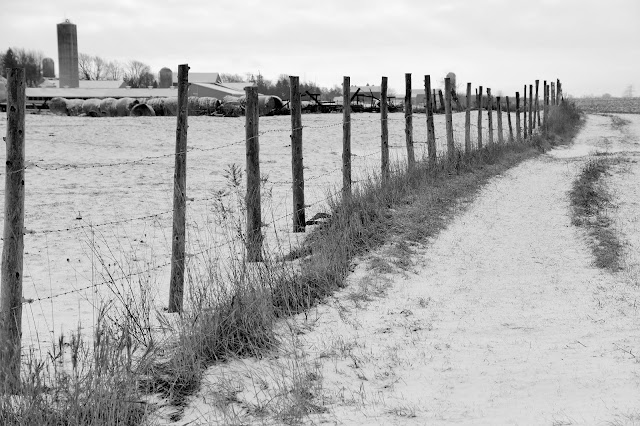 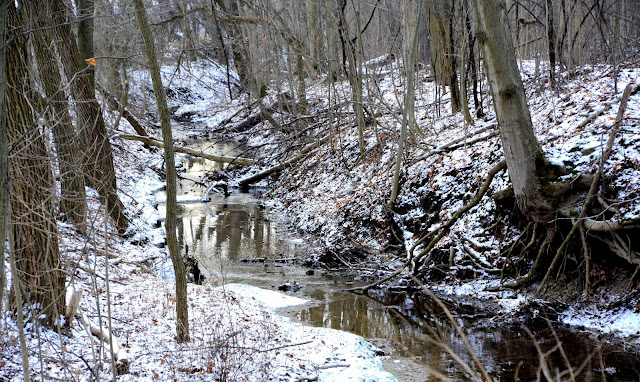 With these cold temps upon us, I started up the rig and let it run for a while to warm up the engine and charge the battery.  Maybe next Winter we will be able to go somewhere sunny and warm again.  That would be nice.
With a few touches of afternoon sunshine, no wind, and temps coming up to the freezing mark it almost felt tropical when I took Pheebs for a walk around 3 o'clock.  Still only a skiff of snow on the ground so big heavy snow boots were not required.

I always find it odd when I occasionally mention my sometimes blurry or slightly out of focus photos that comments coming back from readers suggest the photos look clear and sharp to them.  Is it my eyes? Is it my glasses?  Is it my nose getting in the way of my forehead?  Don't know and I've never been able to figure it out.  The red Cardinal photos below were taken through our sunroom's double-paned windows and all the other bird photos were taken with nothing between the camera lens and the birds but fresh and clear afternoon air.  Took them this afternoon from our front deck.  Nikon Coolpix P900. 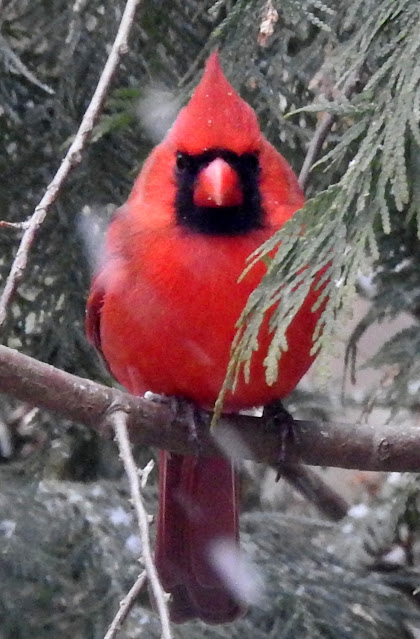 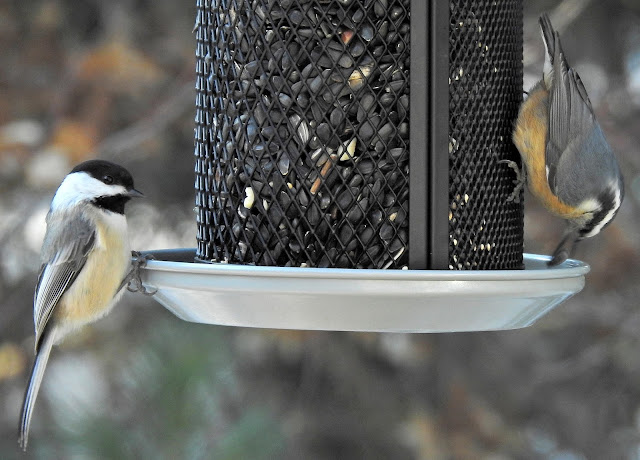 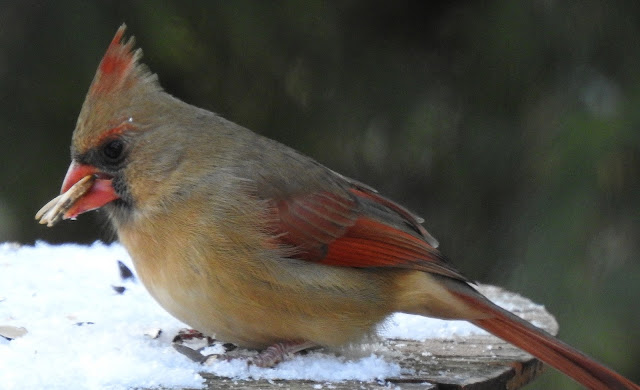 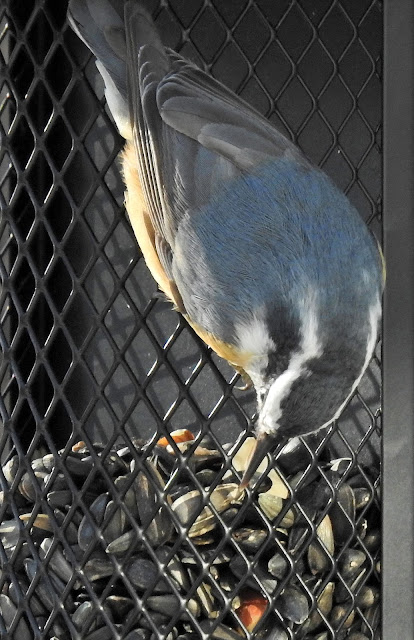 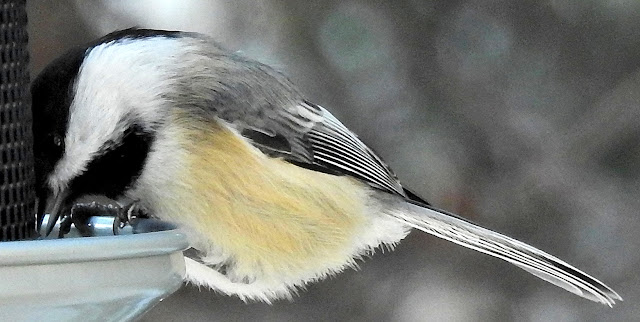 Received a book called 'Arizona Hideaways' from blog reader Heather today.  This is a book with 38 out of the way towns in Arizona that do not always garner a lot of attention.  Right off the bat I could see we have been to nearly half of them and some we have driven on by.  Williams Arizona is an example of a small town west of Flagstaff we have driven by on I-40 half a dozen times or more yet haven't been into the town itself.  Seligman is another one on I-40 we have been by a few times but not into.  Here are the towns mentioned in the book we have been to.....Page, Cameron, Ash Fork, Cochise, Benson, Bisbee, Ramsey Canyon, Patagonia, Gila Bend, Ajo, Wickenburg, Wikieup, Parker, Quartzsite, Cottonwood, and Jerome.  The mention of any of these places quickly brings back fond memories for me.  Of all of them, it is Bisbee, Ajo, Wickenburg, and Quartzsite we have spent the most time in.  Thanks for the book Heather:)) 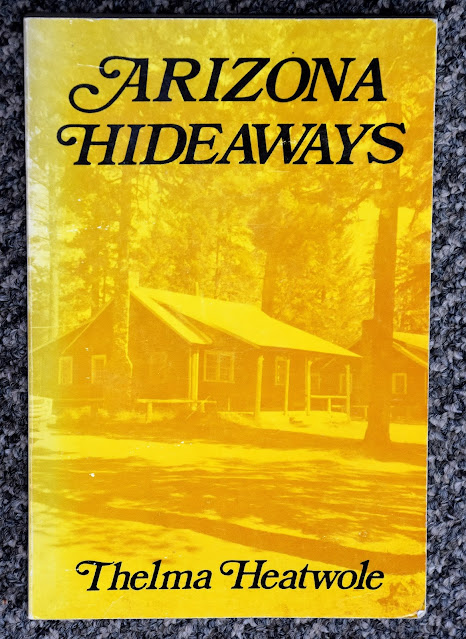 It just bugs me to no end that Blogger keeps changing the font sizes in my posts.  I've tried different ways of correcting that and nothing works.  Nothing!!!! 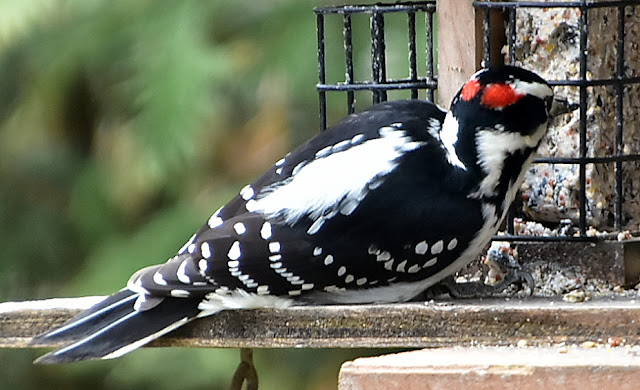 GROANER'S CORNER:(( My daughter and I took the long route through the neighborhood to admire the Christmas decorations. One yard contained a trove of lights, ornaments, elves, carolers, trimmings … in short, it was a mess. My daughter summed it up perfectly when she announced, “It looks like Christmas threw up.”
---------------------------
To avoid taking down my Christmas lights, I'm turning my house into an Italian restaurant.

Q: What is an atheist's favorite Christmas movie? A: "Coincidence on 34th Street" 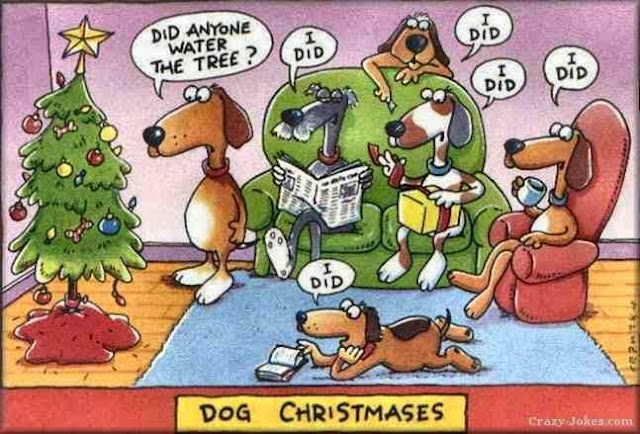