AND THANKFULLY THIS TIME IT WASN'T JUST ME 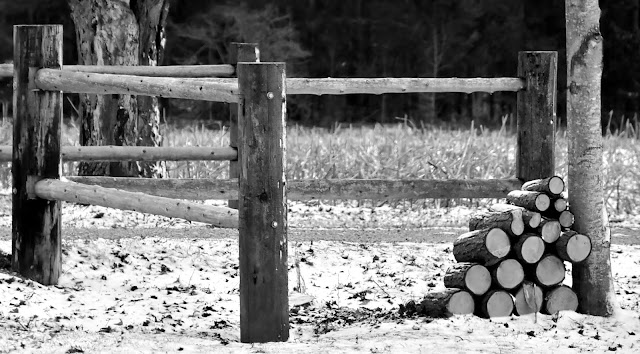 I am always gratefully relieved to have other people's much superior brains working on problems as opposed to this little pea pickin mind of mine.  When I went to access my blog this morning and found it inaccessible with a broken Blogger page I immediately figured my blogging days were over.  I don't know why my brain thinks like that but it does.  Sitting there in my PJ's with my laptop balanced on my knees I began right away contemplating and worrying about what I was going to do if I didn't have my beloved time-consuming blog to occupy my idle time.  Luckily, we had our news channel tuned to Canada's CBC news and as I sat blankly staring straight ahead and thinking about my blogless future I was surprised to see the big 'Google' icon appear on the TV screen followed by an announcer's voice saying 'breaking news' (well isn't it always 'breaking news') that the big all-consuming Google Monster had gone down and many of Google's apps were non-functional this morning with one of them being Blogger.  Well 'Halleluja', I right away thought to myself, better their collective clever minds figuring out the problem rather than my mind scratching around beating itself up thinking it was something stupid I had done .  Turns out it was only a 45-minute outage caused by an internal error within Google itself.  Not from an outside hack.  Well, that's what they said anyway.  And thankfully this time it wasn't just me:))

It was a cold gray morning as Pheebs and I rolled through Clinton grabbing a hot decalf coffee to go.  Country roads were froze up so no mud or dust.  Not that it would have mattered anyway with the Jeep already having a fresh coat of mud on it from previous days. 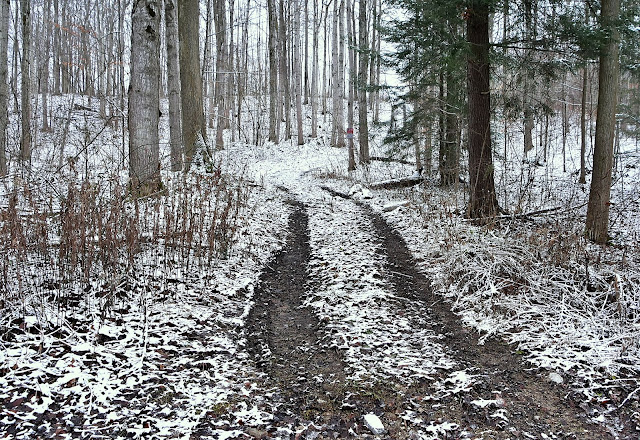 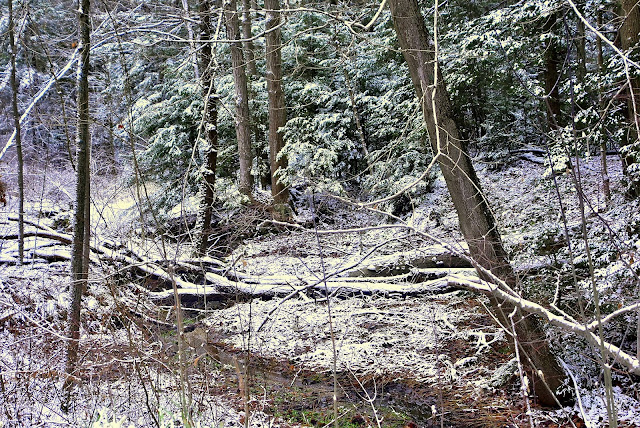 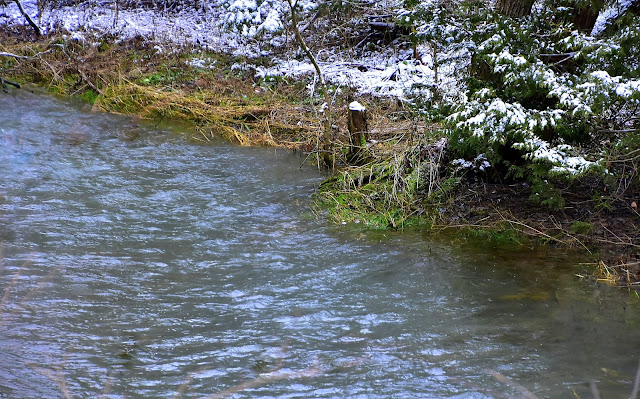 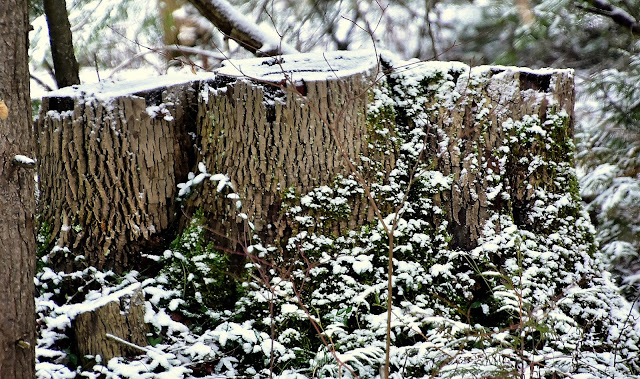 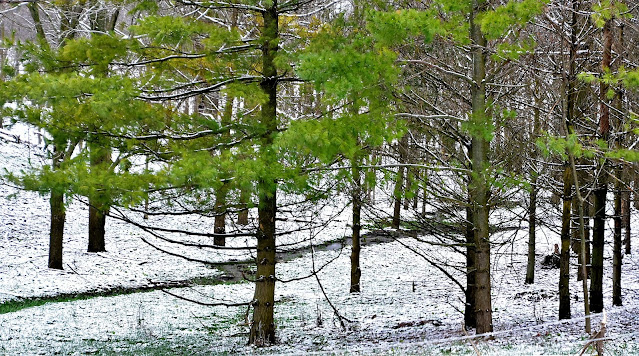 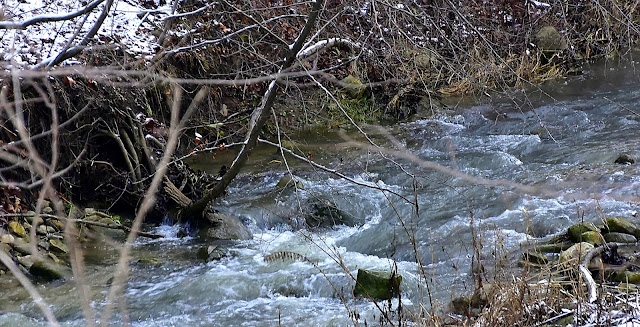 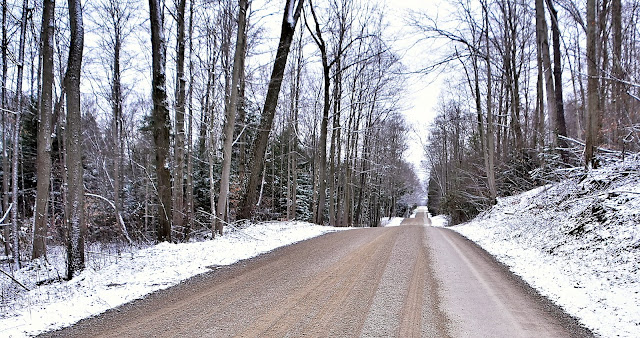 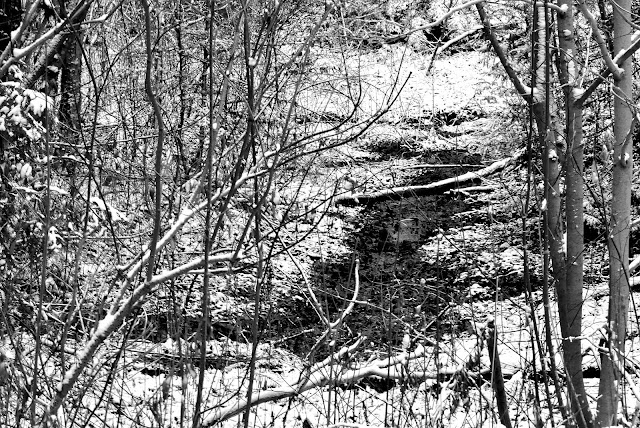 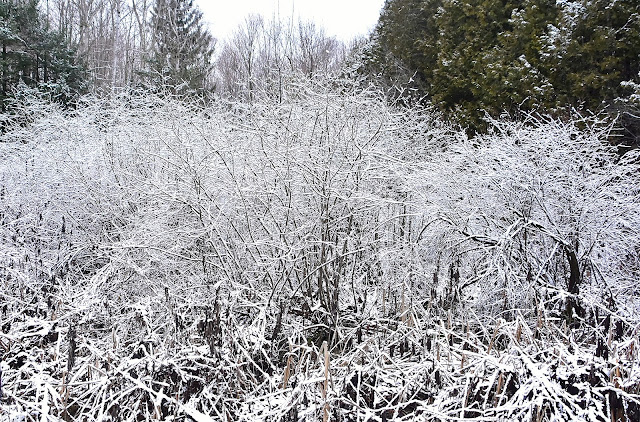 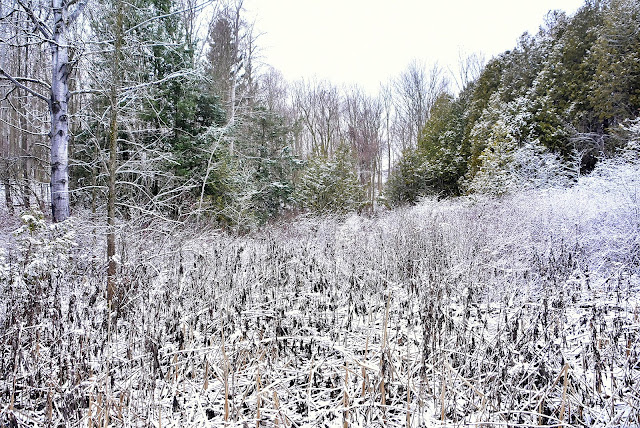 Our travels took us past the Bannockburn Conservation Area where we pulled into the sheltered parking lot for a walk around.  Winds were cold so didn't want to be out in the open with temps hovering around the freezing mark. 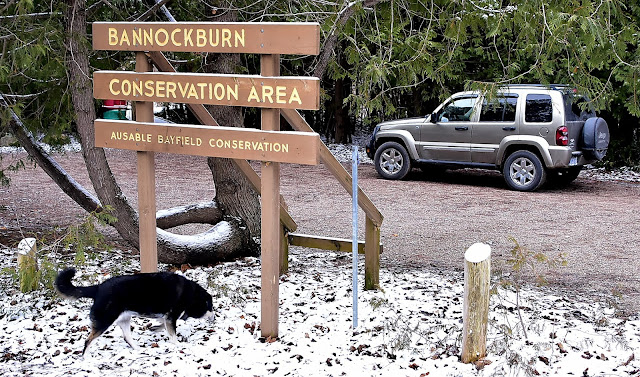 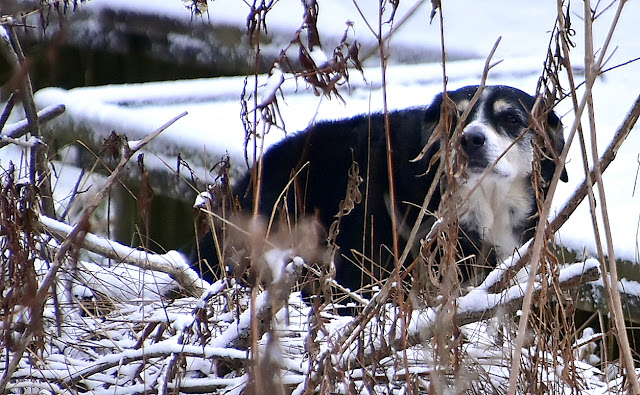 We were back home again by 10:30 and I was quite content to snuggle up beside our fireplace and basically stay there for the rest of the day.  Except for a cold afternoon walk with Pheebs around 3. 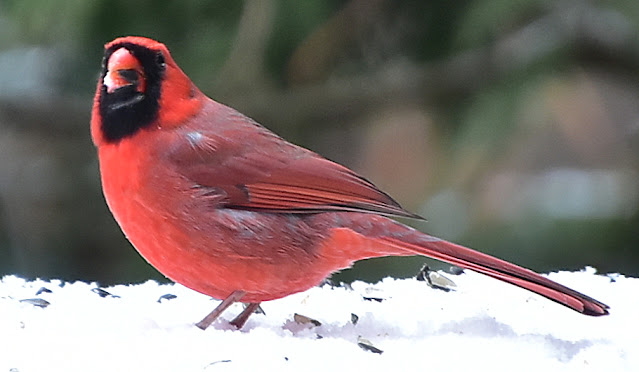 It seems every time I turn on the news these past couple days all I see is people's arms getting stuck with needles.  And I am not a needle person.  Yes I know it's historic, but geeeeezz!!!! 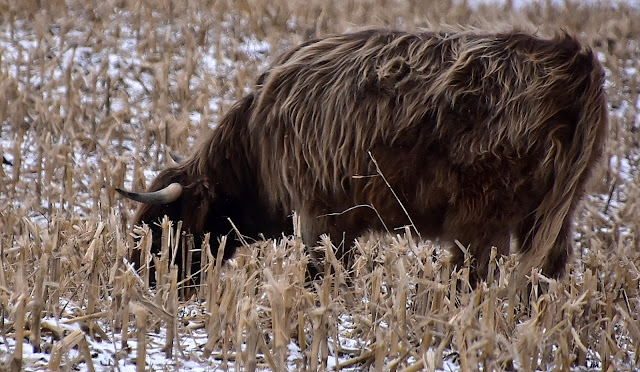 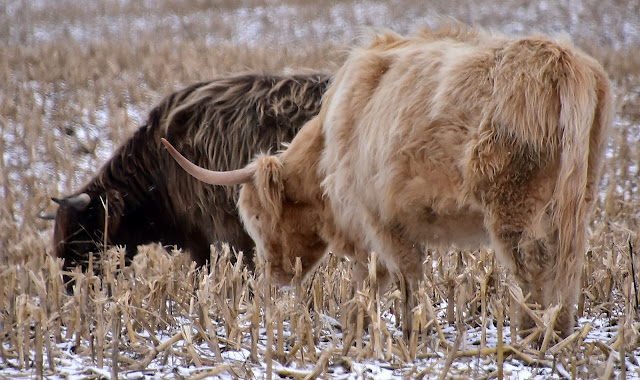 Just think, a mere month from now we'll be about halfway through January and less than two weeks away from the shortest month of the year.......February.  Now how's about them apples eh:))))) 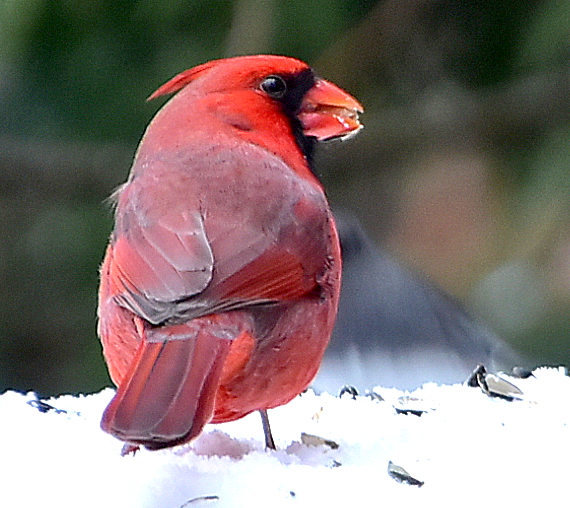 GROANER'S CORNER:((  The new Ensign was assigned to subs, where he'd dreamed of working since a young boy. He was trying to impress the Master Chief with his expertise learned in Submarine School.  The Master Chief cut him off quickly and said, "Listen, it's real simple. Add the number of times we dive to the number of times we surface. Divide that number by two. If the result doesn't come out even, don't open the hatch."

"When I was a lad, Momma would send me down to the corner store with a dollar, and I'd come back with five pounds of potatoes, two loaves of bread, three pints of milk, a pound of cheese, a box of tea, and half a dozen eggs. You can't do that nowadays anymore……. Too many damm security cameras." 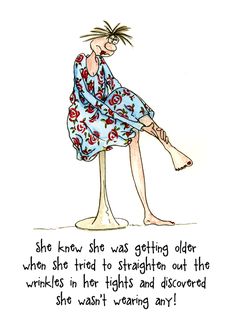