It was a late start to our morning when Kelly had yet another poor night's sleep due to Pruritus which is directly related to her Primary Billary Cirrhosis liver condition.  She has been dealing with this for quite a while and the itching is not only lasting longer now but is increasing in intensity and area.  She has been using prescribed medicines and creams but they only do so much for so long.  Cold compresses and ice only bring relief for a short while.  It's always worse at night and seriously affects her sleep.  Normally up shortly before 6 a.m. she slept until 8 o'clock this morning which has to be a first for her.  Kelly has an appointment at London's University Hospital for an ultra-sound in January with a follow-up phone call with her liver Doctor in February. 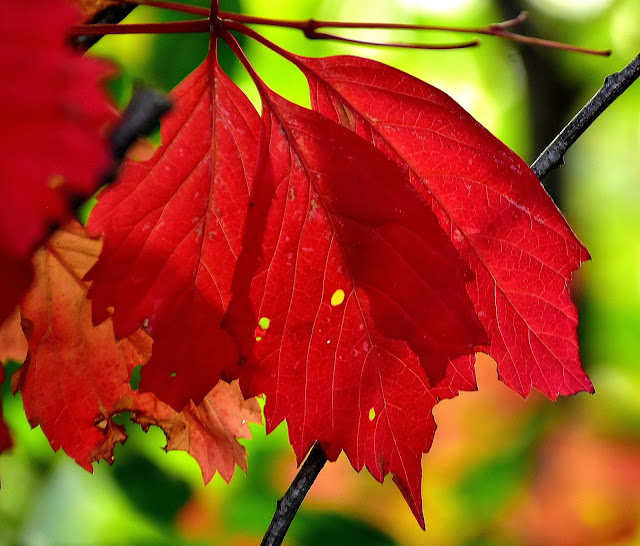 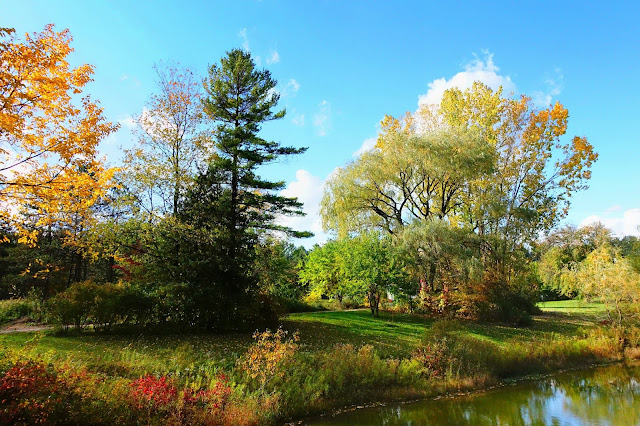 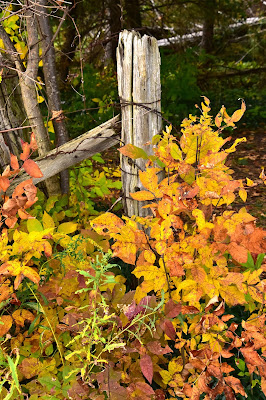 Pheebs and I followed an overcast rainy 50F morning into Bayfield and back.  Didn't have any desire to head off down any country roads.  Noticed a lot of fishermen on the banks of the Bayfield River and around the south pier.  They sure have a lot of determination those folks standing out there in the cold rain. 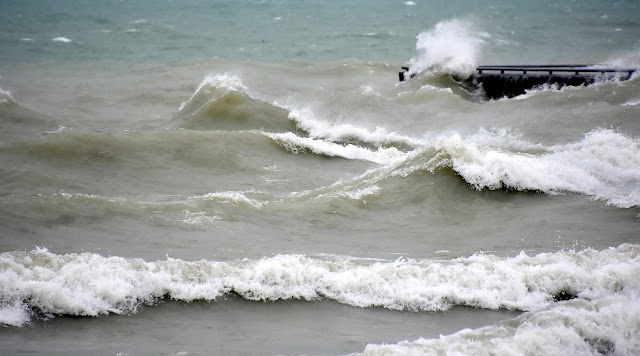 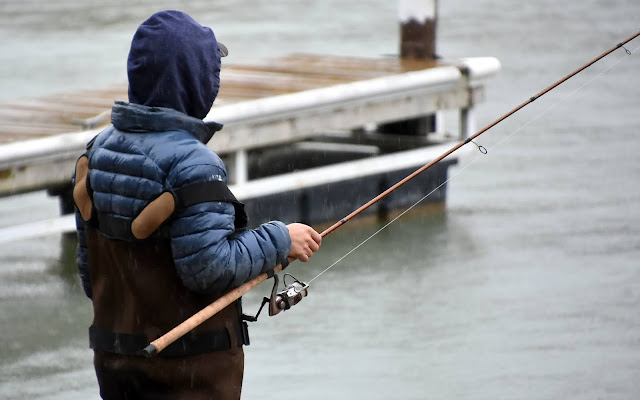 I would say about two-thirds of all boats are out of the water now and sitting on their storage stands scattered around the harbor area.  A few 'For Sale' signs on the boats and by Winter's end I'm sure there will be more.  That always seems to be the pattern.  Looks like the curb work at Bayfield's new Tim Horton sight is done.  Machines are leveling out the lot and I'm guessing they will be paving very soon.  An impossible thought occurred to me though. I wonder if they might be open by Christmas??  Did you notice how I played it safe there by not predicting Christmas of what year. 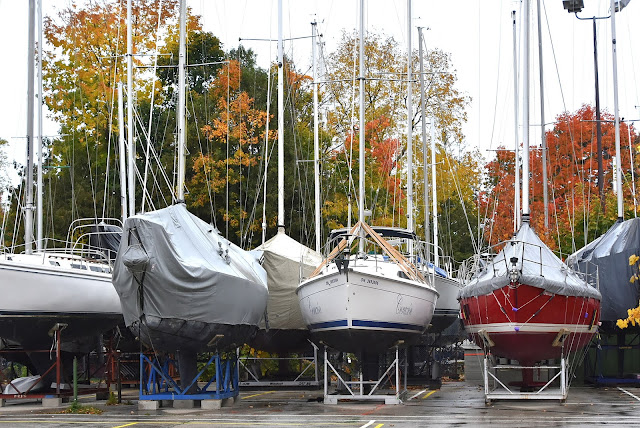 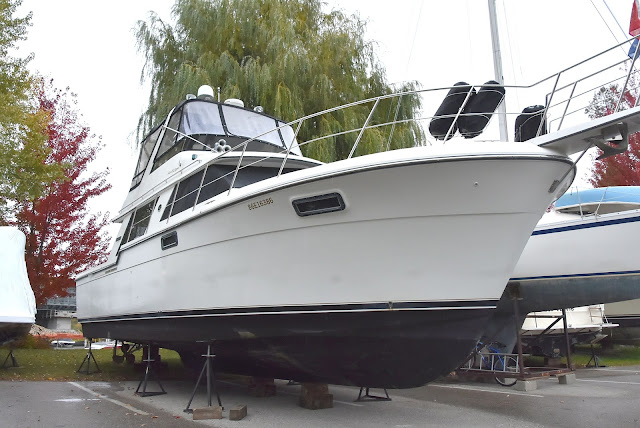 For a change of pace, it was pizza for supper.  Kelly ordered up an 'Admiral Bayfield' pizza from Pizza by the Square and I picked it up.  Notice I said 'I'.  Had Pheebs come along the two of us would have been wrestling over that pizza all the way home.  Pizza was great.  Forgot to take a picture of that square pizza George. 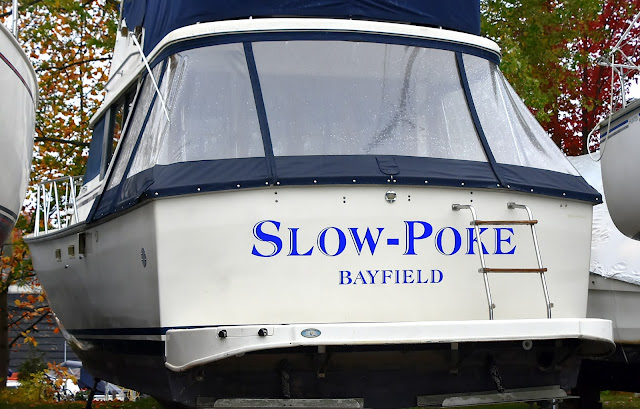 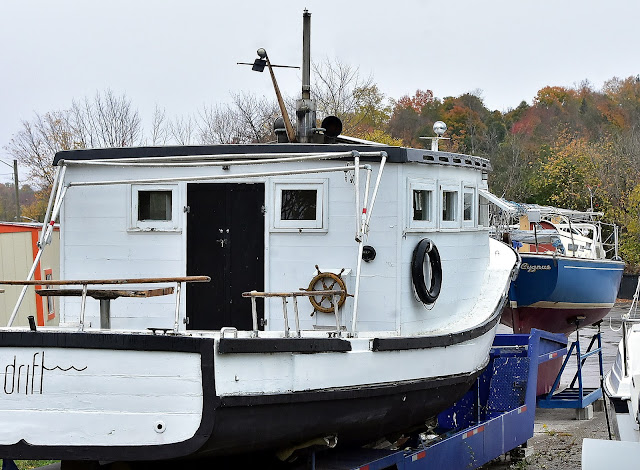 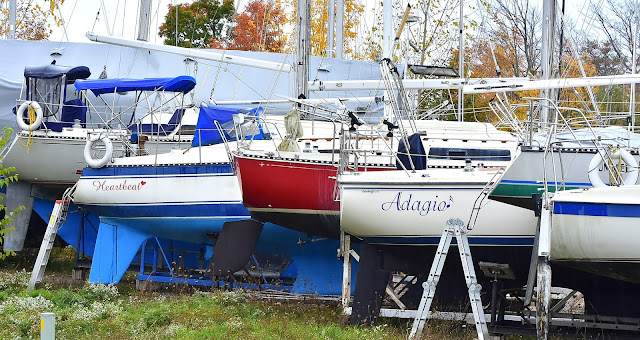 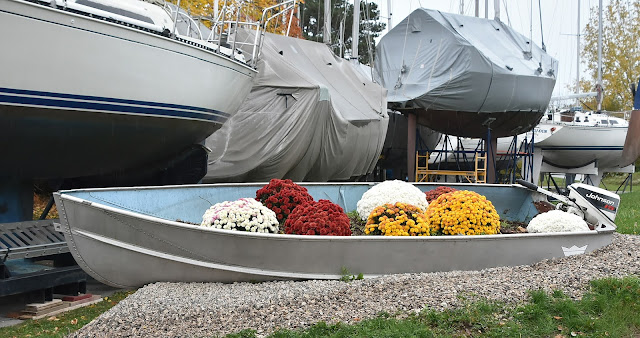 Every once in a while I feel very honored when someone thinks well enough of my photos to use one of them for a good purpose.  And that is just what Mary McKenzie from Missouri did with one of my bird photos.  Mary chose to paint a Blue Jay photo I had taken several weeks ago through our sunroom window and I can honestly say her painting is much better than my photo.  A great job on that painting Mary and I thank you so very much for being a long-time blog reader:))I think it's almost safe to say we won't be getting out with our little Winnie Spirit again this fall.  Weather's not looking that good for the coming weeks so I think we'll just go ahead and winterize it and keep our fingers crossed for an early Spring when we can get all excited about our little rig all over again:)) 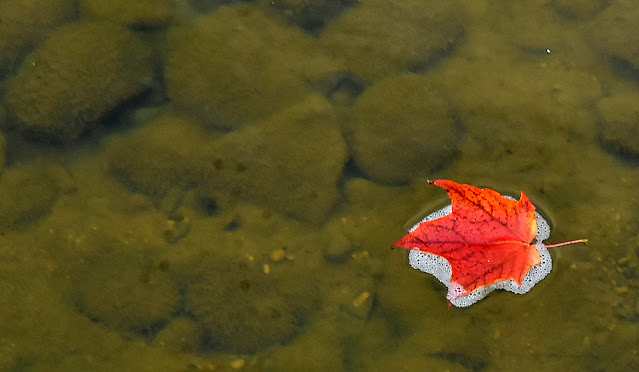 GROANER'S CORNER:(( At my granddaughter's wedding reception, the DJ polled the guests to see who had been married longest. It turned out to be my husband and me. The DJ asked us, "What advice would you give to the newly married couple?"  I said, "The three most important words in a marriage are, ''You're probably right.'  Everyone then looked at my husband. He said, "She's probably right."

A man rushed into the doctor's office and shouted, "Doctor! I think I'm shrinking!"The doctor calmly responded, "Now, settle down. You'll just have to be a little patient."

A woman answered her front door and saw a little boy holding a list."Ma'am," he explained, "I'm on a scavenger hunt, and I still need three grains of wheat, a pork-chop bone and a piece of used carbon paper so I can earn a dollar.""Wow," the woman replied. "Who sent you on such a challenging hunt?""My babysitter's boyfriend." 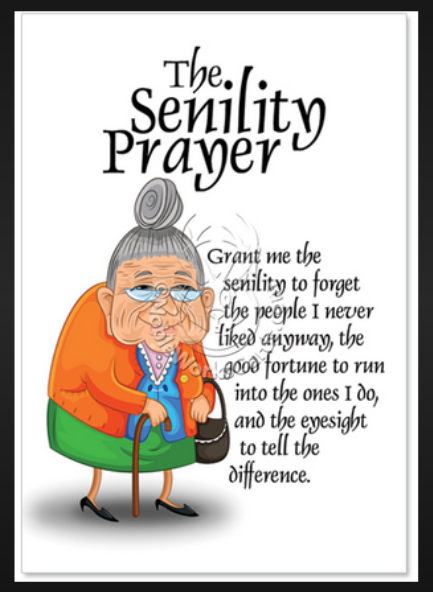 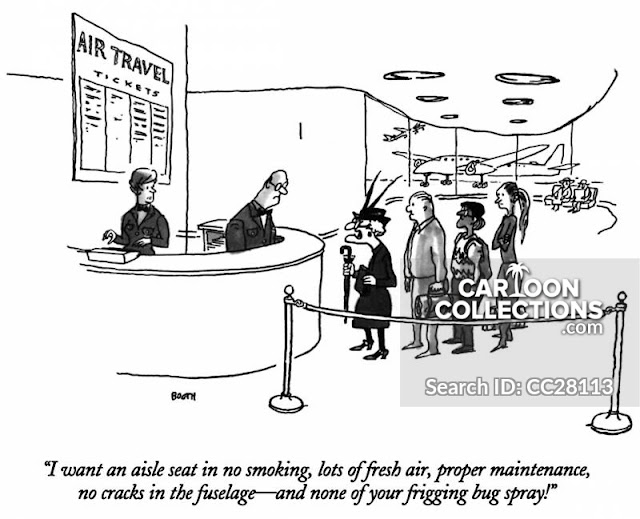