WE ARE NOT ALONE HERE IN THE UNIVERSE

Although we had some nice sunny breaks in the morning we also had an icy cold wind blowing in on us across Lake Huron.  With our 43F high the wind chill factor drove it down to feeling like the lower to mid 30's.  It was a short Jeep ride into Bayfield and back for Pheebs and I.  I've noticed over the past couple months Pheebs has been a little hesitant about going sometimes and this morning was one of them.  She also has a tendency to sleep on the back seat more often now too. 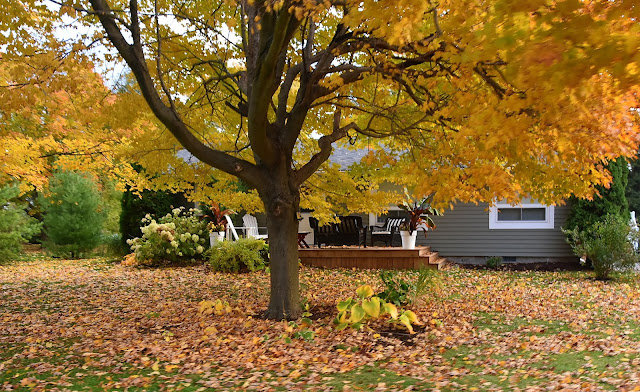 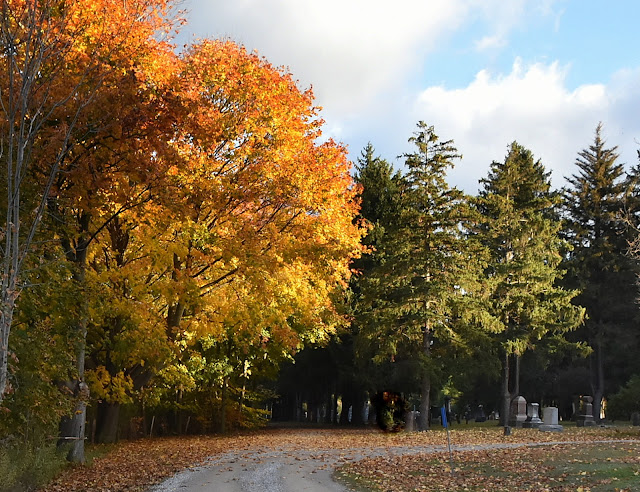 Home by 9:30 I at first had no urge to head back outside.  I have about 90% of our outside stuff done anyway and about all that is left to do is turn off the outside water which will only take a few minutes whenever I get around to doing it.  Luckily, having done it once a year for the past 18 years I still remember how it's done.  Not the case in so many other things.  I did end up going out later and raking pine needles.  It wasn't as cold out as I had thought it was and the sunshine felt good. 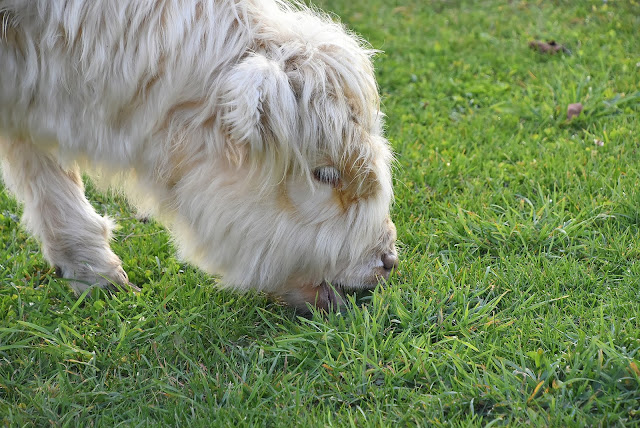 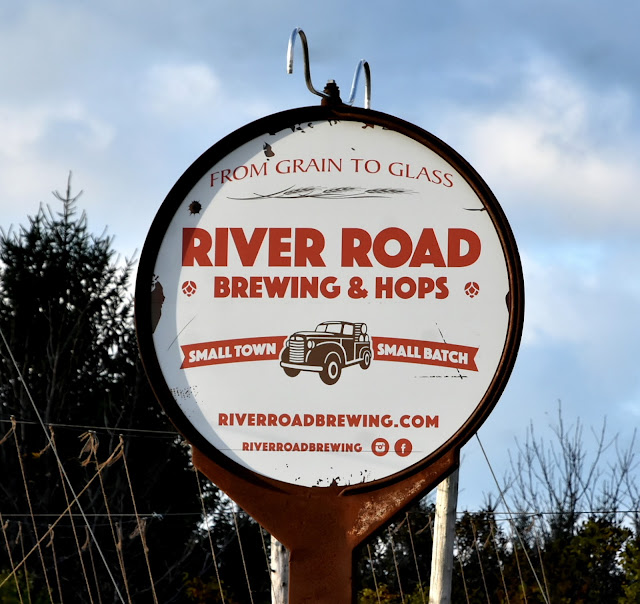 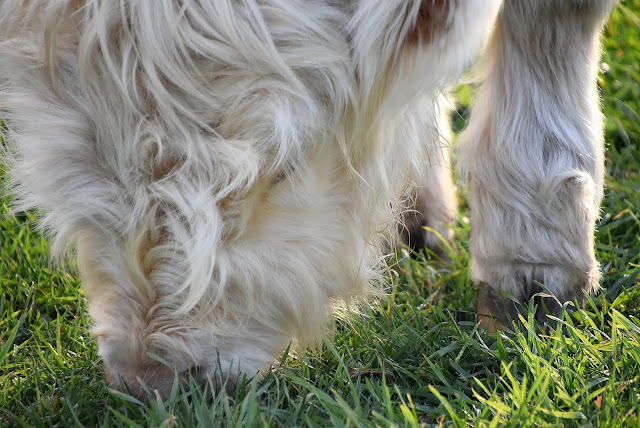 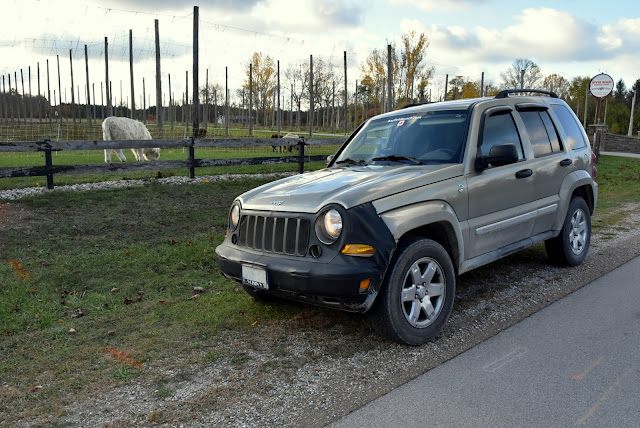 Noticed the movie crew for Trigger Point was in full work mode earlier today in downtown Bayfield.  The same street section was again blocked off and there was a lot of movie crew moving about.  So many white rental stake trucks around too, even down a couple side streets.  Sure takes a whole lot of people to put a few minutes of movie-making on the screen. 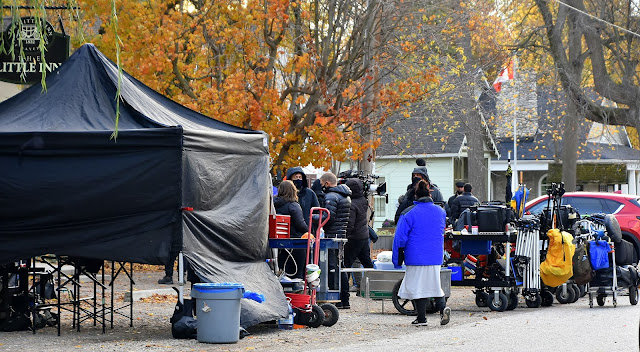 Pheebs and I did get out for a sunny afternoon walk and encountered a big tree cutting monster we hadn't seen before.  This can't be good for our pine forest:(( 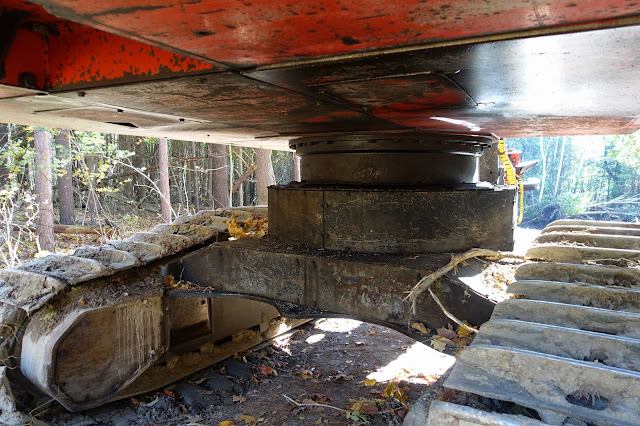 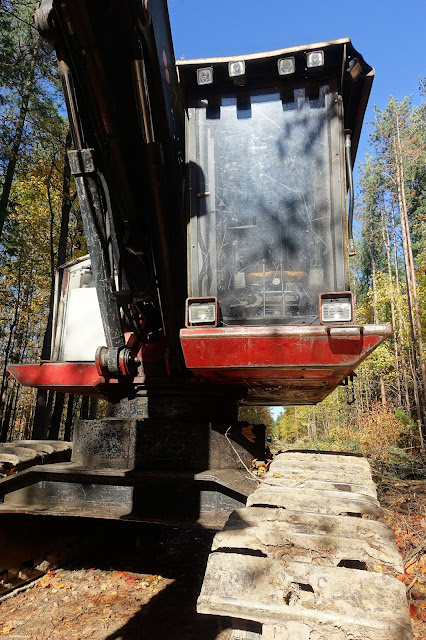 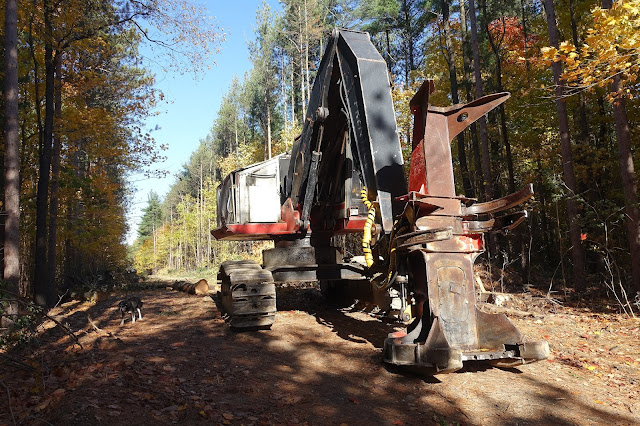 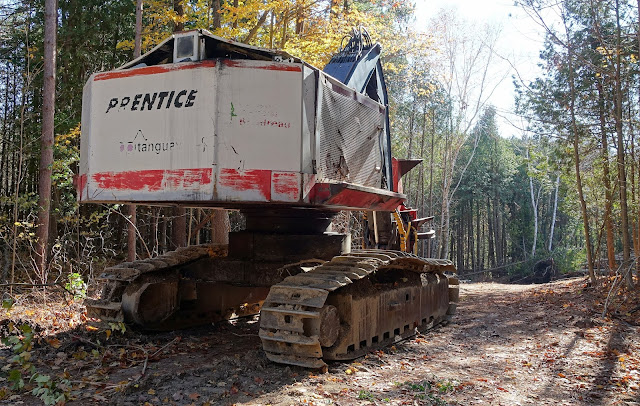 I had seen a program on television awhile back called 'Skinwalker Ranch' but dismissed it as probably another one of those macho beards and baseball hatted guys reality shows.  Well, that was until I saw the Skinwalker Ranch mentioned in one of the latest books I was reading about UFO's and Extraterrestrials.  That of course led me to a book entitled, Hunt For The Skinwalker Ranch: Science Confronts The Unexplained which I am reading now.  I watched my first Skinwalker Ranch episode a few nights ago, found it very interesting, and decided it was not just another one of those Duck Dynasty or Swamp People type shows.  Also, a like-minded long time blog reader sent me this link Tuesday about a factual up to date recent documentary called, The Phenomenon which I watched this afternoon.  This is a really well done hour and twenty-minute documentary that for me removes any remaining doubt about whether UFO's and the Extraterrestrials who operate these Unidentified Flying Objects are real.  I would recommend this film to any doubting skeptics out there.  One of the first books on this subject I read about 10 years ago was entitled, The Day After Roswell by Col. Philip J. Corso and it was this book that started me on the road of believability.  And, as I have mentioned before, it was my Mother telling me about what she saw one night many years ago that put the first serious thoughts in my mind about the fact we are not alone here in this Universe. 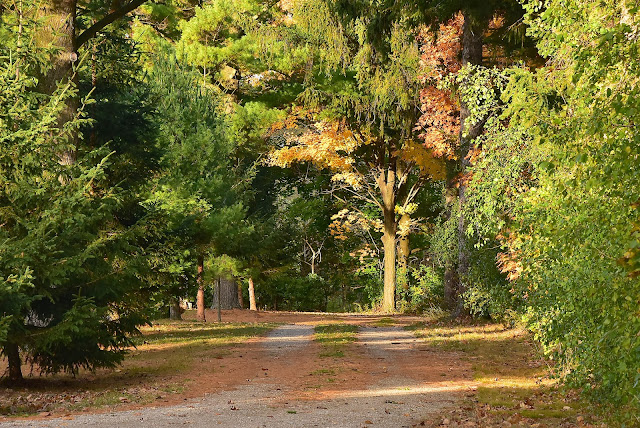 GROANER'S CORNER:((      Artist Pablo Picasso surprised a burglar at work in his new chateau. The intruder got away, but Picasso told the police he could do a rough sketch of what he looked like.  On the basis of his drawing, the police arrested a mother superior, the minister of finance, a washing machine, and the Eiffel tower.

How do you start a fairy tale in the modern era?"If elected, I promise..." 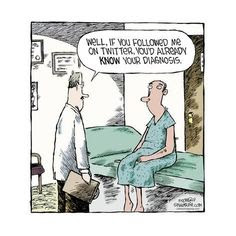