HYPOTHETICALLY THINKING ABOUT MOVING BY STAYING RIGHT HERE IN OUR PARK

Cold, cloudy, gray, and damp at 42F this morning.  At least it wasn't raining.  Leaves are still looking nice but my camera remained idle.  I don't always find these dull-looking cold and damp depressing days very inspiring.Having finished up 23 books about the Vietnam war I switched to something different last week and am now reading, Confession: Our Hidden Alien Encounters Revealed.  Needless to say, there is a lot of food for realistic thought in this book.  Although there is a very fine line between fact and fiction when it comes to the subject of UFO's (Unidentified Flying Objects) I do lean heavily towards the belief of other beings in our Universe and beyond.  How naïve to think we are the only ones out here.  An open mind to this whole subject is priority.  Despite never having seen a UFO, I do believe they are in our skies and controlled by something far beyond our imagination and comprehension.  I do believe there is a power out there far beyond our understanding and I do not think it has anything to do with man's commonly scattered religious beliefs. 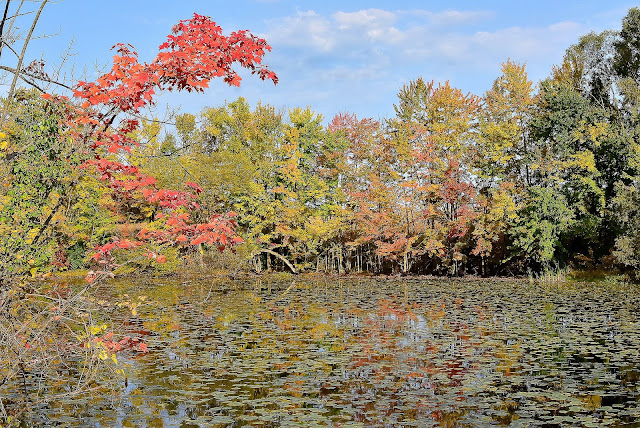 I am beginning to look forward to my early afternoon snoozes.  It seems within minutes of being swallowed up by my big overstuffed cushy recliner I am off to la-la land in no time at all.  And it is what I find in la-la land that makes my little siestas so appealing.  Many times I am transported to an almost Harry Potter-like land of mystically magical things.  Today's afternoon dreams centered around an old train station somewhere waiting and watching for a train that never did appear.  I saw Pheebs running across a field with a big pumpkin in her mouth and many times I looked down those train tracks for the train.  There were silent travelers moving to and fro through and around the train station.  At one point I was on a bicycle atop a hill looking far off across a valley hoping to catch a glimpse of the coming locomotive pulling its line of cars.  It seems I was waiting for someone on that train.  Yes, a nice way to spend a few hours of the day I'd say.  Following my early afternoon snoozes, I generally feel energized enough to take Pheebs for a walk.  And so it was today as we headed off  along the trail on another Autumn day with a few thoughts on my mind about our future right here in our Park. 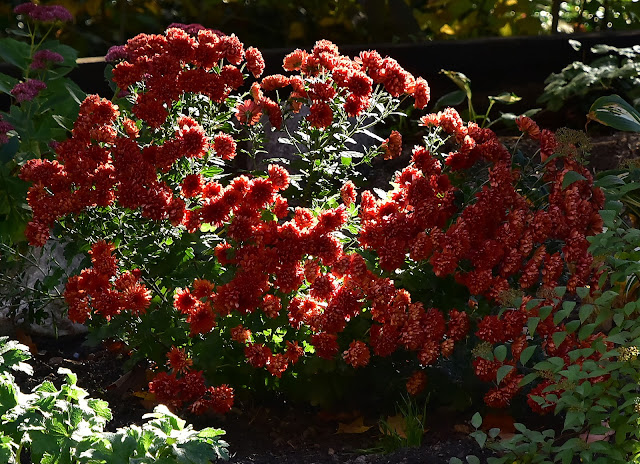 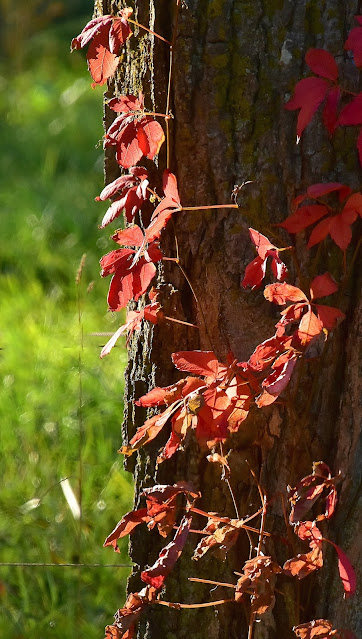 As I have said before, our Park here is like a big beautiful ship foundering in a stormy sea of uncertainty.  Our ship lost its helmsman about a year ago and right now there is no steady hand at the wheel to guide our Park through these heavy seas.  We are being tossed about by all the elements at play with the result being the future of our lovely big ship and we the resident passengers sailing aboard her facing a shaky and uncertain future.  That uncertain future led me to some more hypothetical thinking on our walk this afternoon.  'What If' our Park were to be sold to a solid reputable and reliable company who decided to put additional new (not expensive high end) homes in here.  'What If' we were able to sell our place and move to one of the newer homes being built on a lot of our choice at an ideal spot better than where we are now.  We like our Park and we like this whole area of southwestern Ontario our Park is located in and we would rather not have to leave this area.....so I see this idea as the next best thing?  Our unit is aging and although we are on a large corner lot we would love to be further back in the forest without neighbors on 3 of 4 sides.  And I figure I have found just that spot which would actually be another corner lot.  All this is a fanciful thinking of course but by golly it's not impossible.  Improbable maybe, but not impossible.  If what I said were to happen in the next year or two I have already determined a few months ago just where that 'favorite spot' of mine would be.  Pheebs and I walked past that spot again on our afternoon walk today.    And as always on this day each year, I include a link regarding a special day in my life which took place 41 years ago.  It was a life-saving game changer for me.  One Day At A Time 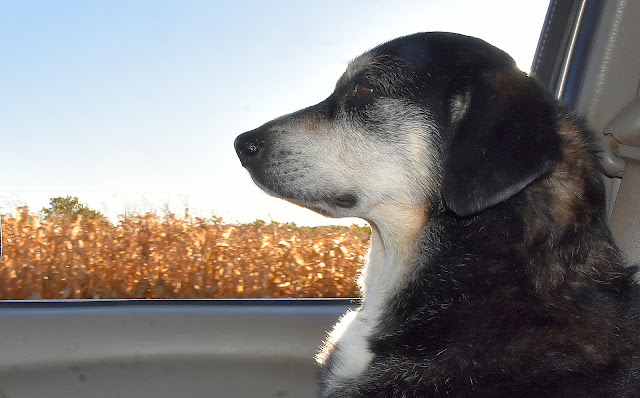 GROANER'S CORNER:(( A man died and arrived at the Pearly Gates. St. Peter greets him and says, "Welcome. Come walk with me and I'll show you where you'll be staying."  As they're walking along the path he notices clocks on the Golden Fence of Heaven. He asks St. Peter, "What are all those clocks for?"  St. Peter replies, "They're clocks for every person in the world. They click once for each time you lie."  By the time they reach where the man is staying, he asks out of curiosity, "I didn't see any politicians clocks. Where are they kept?"  St. Peter calmly replies, "People here use them as fans."

Mahatma Gandhi often walked barefoot which produced an impressive set of callouses on his feet. He also ate very little, making him rather frail and with his odd diet he often suffered from bad breath. This made him a super calloused fragile mystic hexed with halitosis. 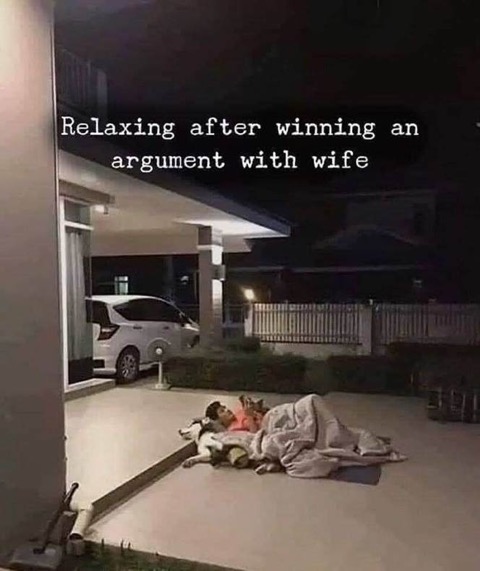