AND WINTER HASN'T EVEN STARTED YET 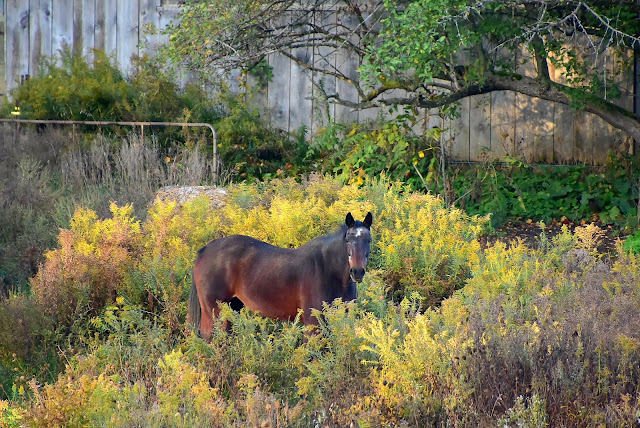 A fast-moving short storm blew through our neighborhood Friday night bringing high winds, lightning, thunder, rain, and hail.  The rolling thunder shuddered our house.  In the morning we woke up to scattered sunshine and brisk cold winds. 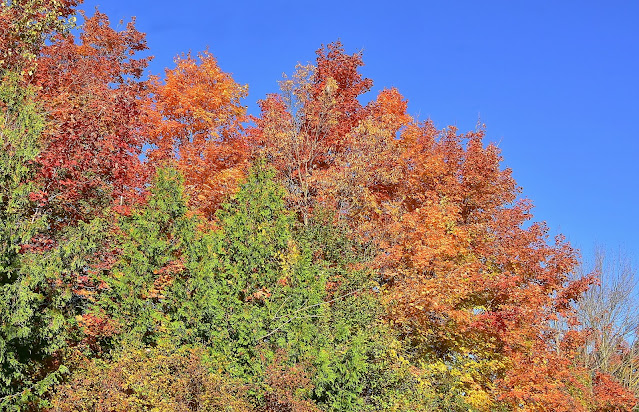 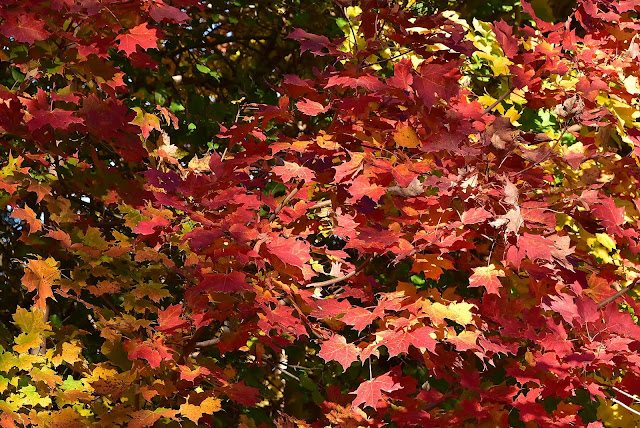 Pheebs and I have to crank the heat up in the Jeep every morning now and this morning was no exception. We headed off to Goderich for no other reason than it's just somewhere to go and it beats sitting in the house looking out the window.  Rotary Cove road was open after being closed this past week so we followed Goderich's shoreline south from the harbor to the dog walking area.  Strong icy winds blowing in off the lake discouraged any dog walking.  A few pics and we headed back towards the harbor where we had seen a large ship docked at the grain elevators. 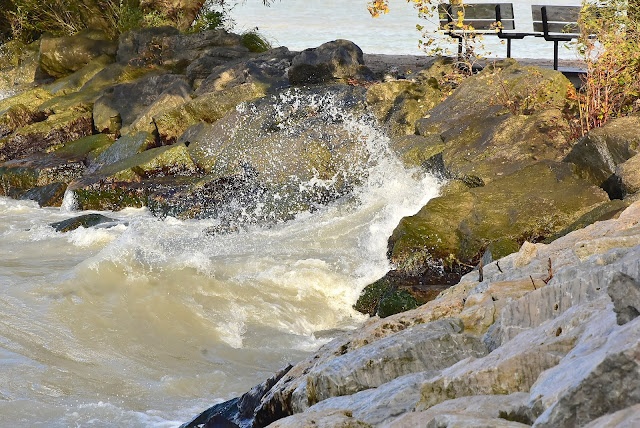 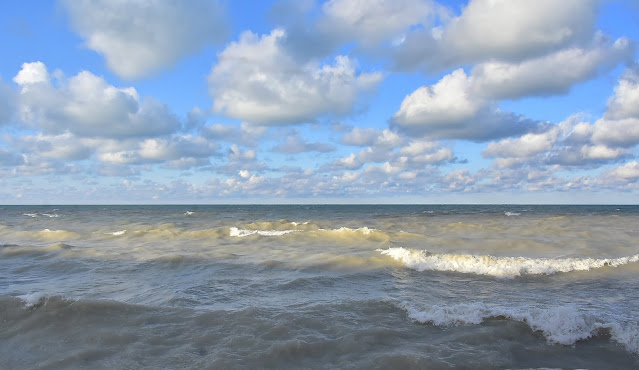 I don't think I had seen the large bulk carrier Torrent in Goderich's harbor before.  It sails under the flag of Cyprus and over this past year has traveled through the Canary Islands and the Straits of Gibraltar.  I'm assuming the ship was taking on a load of grain from the Goderich Elevators. 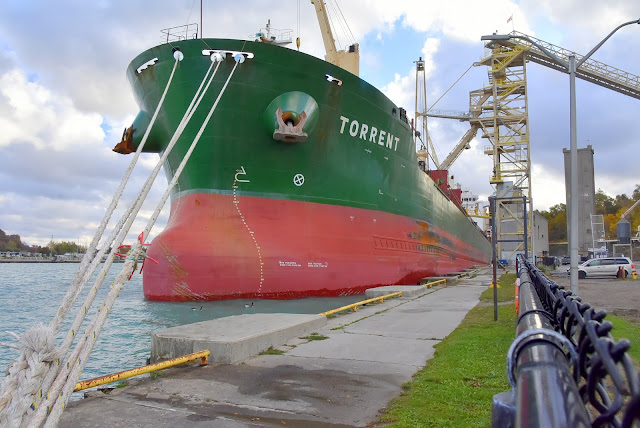 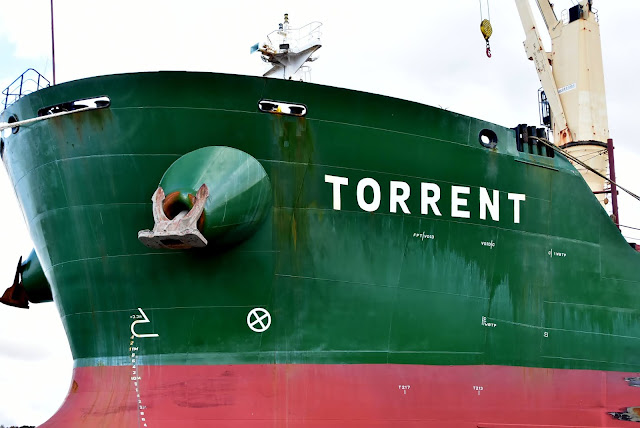 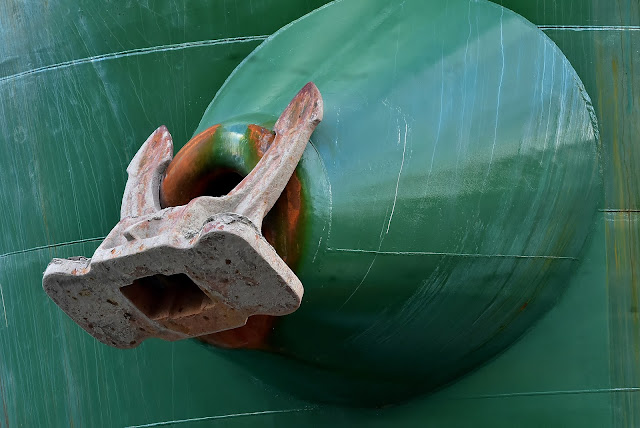 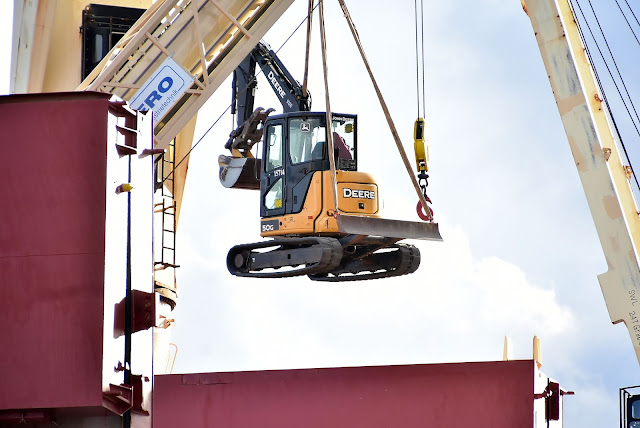 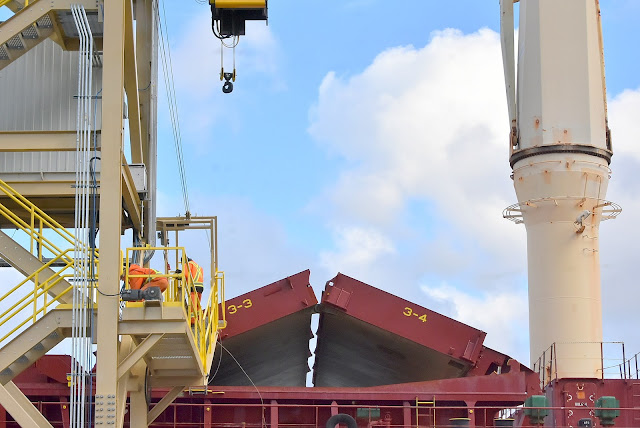 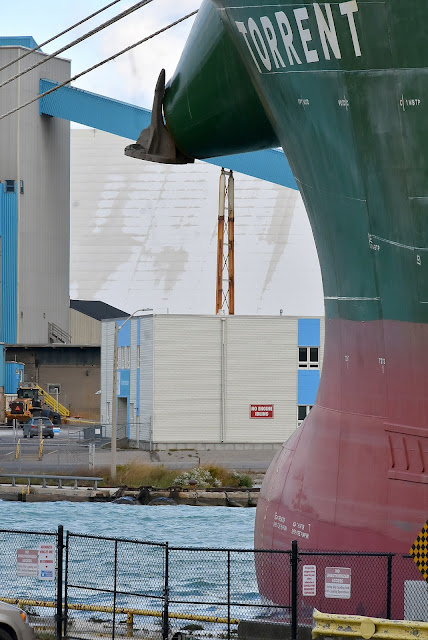 From the south side of the harbor we slipped over to the north side for a different perspective of the ship.  I think the big Goderich Salt Mine on that side of the harbor is open again after being closed for a few days after they had a small cave in last Monday night.  Nobody injured but I think some equipment was damaged.  The underground salt mine stretches for a couple miles out under the waters of Lake Huron. 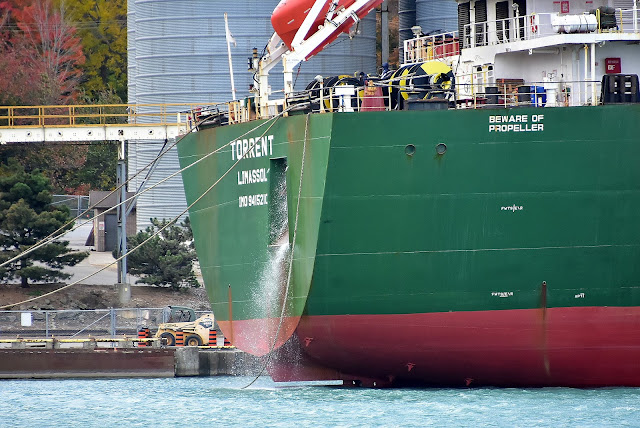 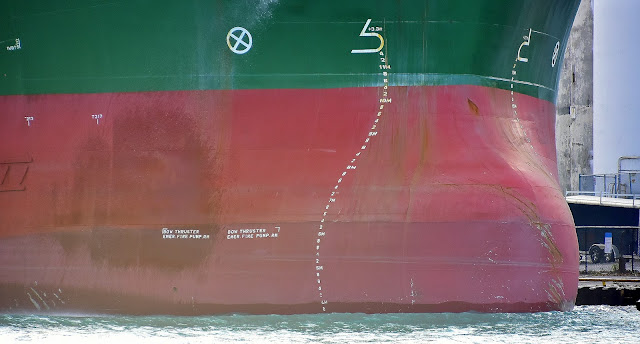 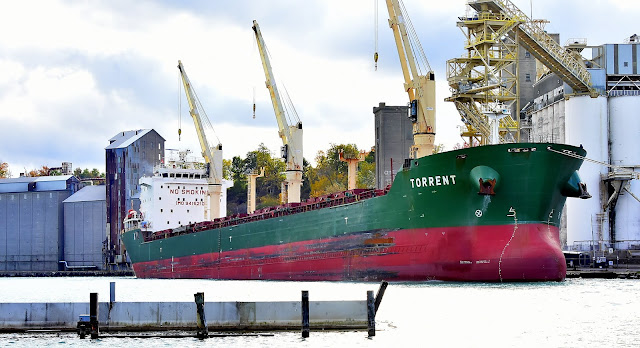 With the Jeep's heater still on we headed for home.  Again, a beautiful sunny mid-October day but I had no interest in being outside puttering around with yard work in the cold.  Maybe it's my age catching up with me.  I curled up in my recliner by the fireplace, opened my Kindle reader, and as usual, fell asleep.  I have a feeling it's going to be another long, cold, dragged out winter.  And winter hasn't even started yet and is still over two months away.  Oh dear:((Facebook threw me a 6-year-old memory for this day in 2014.  We were doing some morning grocery shopping at Basha's in downtown Wickenburg Arizona on this date.  We had headed for Arizona earlier than usual that year taking a different route over the top of Lake Superior, through Manitoba into eastern Saskatchewan then south crossing the border into North Dakota.  Worked our way further south from there down through South Dakota, Colorado, and Utah.  Had a lot of trouble with our new to us 2003 Triple E Class A Motorhome along the way that year and Kelly got sick before we reached our Congress Arizona house.  Luckily for us, we had a house to reach, relax, and slowly recuperate.  It certainly was not one of our better RV trips over the years.......... 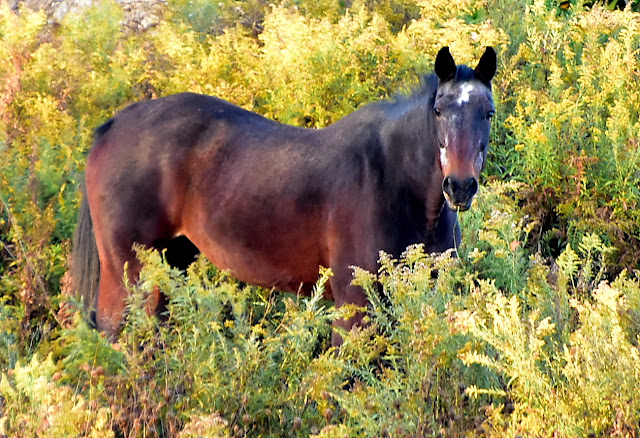 GROANER'S CORNER:(( A guy goes into a bar. He's sitting on the stool, enjoying his drink when he hears, "You look great!" He looks around - there's nobody near him. He hears the voice again, "No really, you look terrific."  The guy looks around again. Nobody. He hears, "Is that a new shirt or something? Because you are absolutely glowing!" He then realizes that the voice is coming from a dish of nuts on the bar.  "Hey," the guy calls to the bartender, "What's with the nuts?"  "Oh," the bartender answers, "They're complimentary."

Tonight I’m gonna have possum soup made from Himalayan possum...Because I found Himalayan on the road.

The man who broke up with his longtime girlfriend went on a consolational fruit-eating binge. When asked how he was handling it, the fellow merely raised a half-eaten piece of produce. “Can't you see,” he said, “I am in the depths of this pear.“ 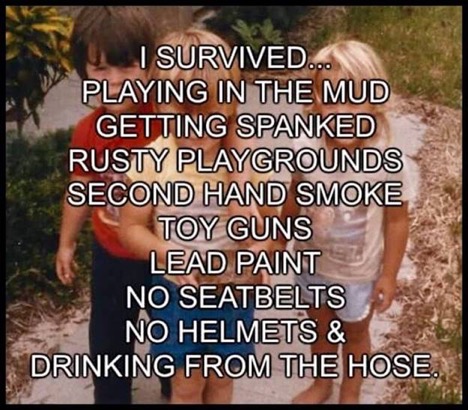 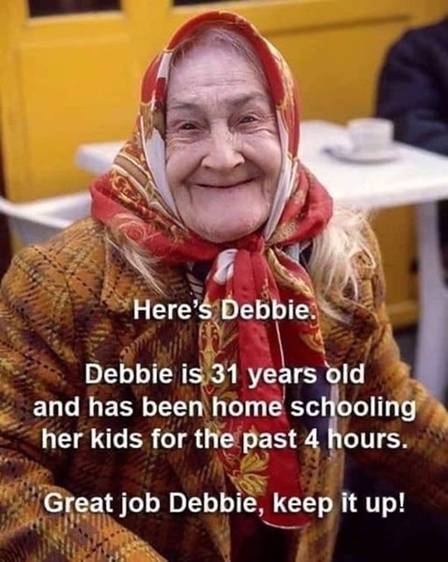